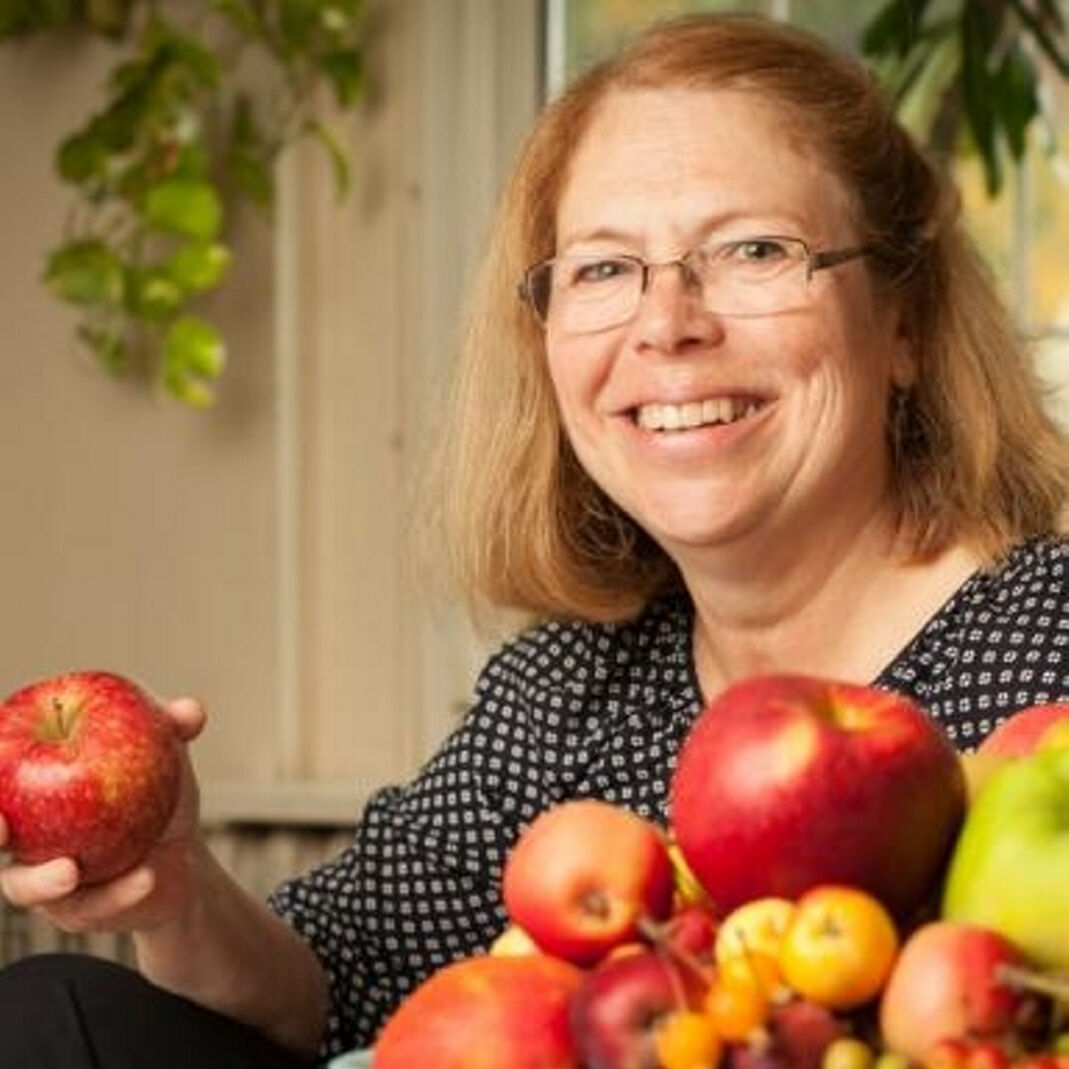 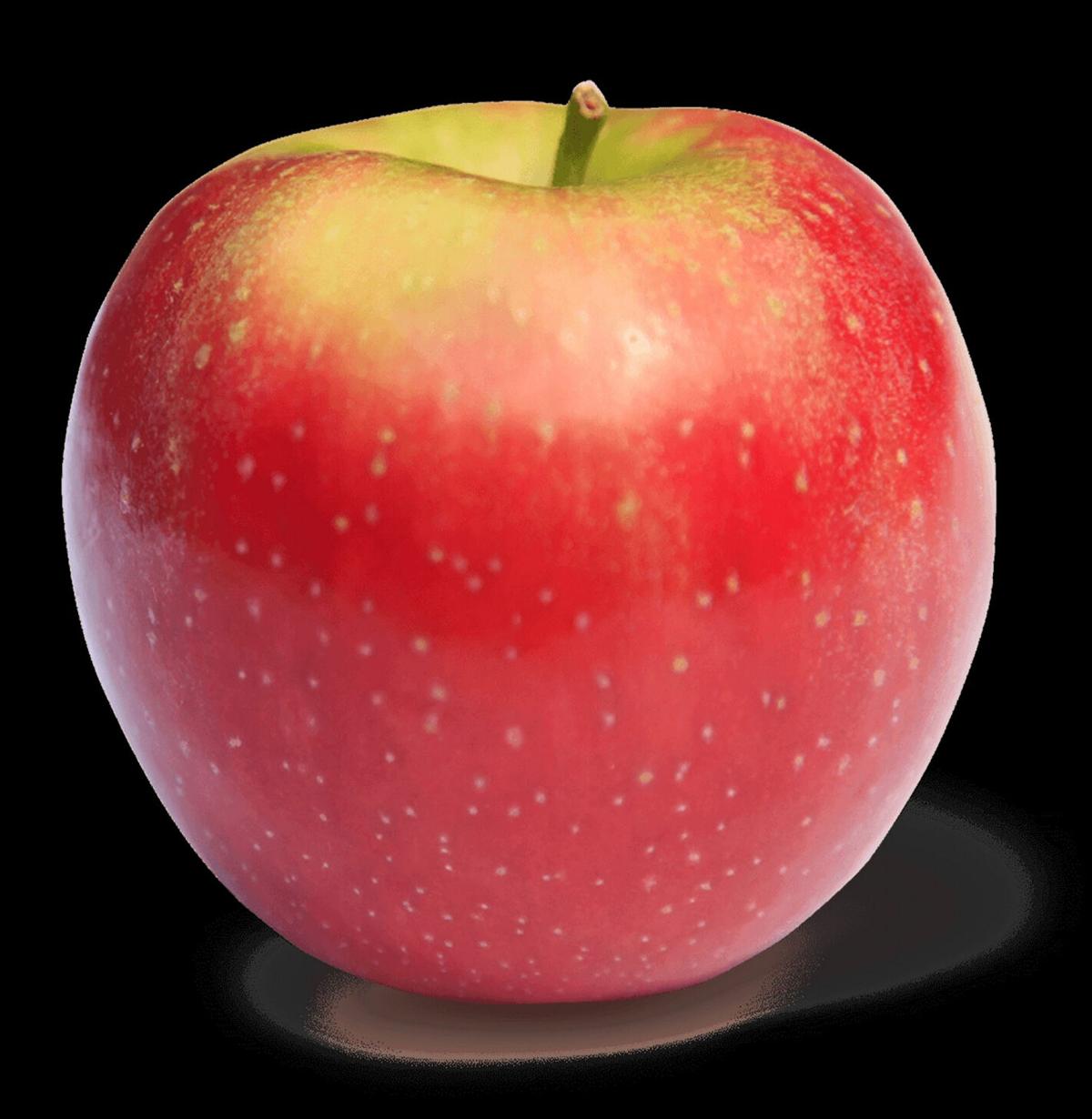 The SnapDragon is one of the apple varieties patented by Susan K. Brown. It debuted to consumers in 2013 and is known for its crispness and spicy-sweet taste. applesfromny.com

The SnapDragon is one of the apple varieties patented by Susan K. Brown. It debuted to consumers in 2013 and is known for its crispness and spicy-sweet taste. applesfromny.com

“Apple growing is a wonderful enterprise,” she said. “But it is filled with risks.”

With global warming and climate change, those risks have increased as growers increasingly deal with the unpredictably of each year’s weather.

“You can say, ‘We’re going to breed for drought resistance,’ and in the next year, you get rain like you wouldn’t believe,” Ms. Brown said. “We’ve had that in the last couple of years in New York State. We’ve had drought, and then we had too much rain this year.”

That unpredictably is the case throughout the world, she noted.

“With us, we’re lucky because if it’s dry, you can use irrigation and we have water,” Ms. Brown said. “I’m very frightened about what’s going to happen in California and those using the Colorado River to irrigate because it’s a finite supply and it’s running out.”

But this area isn’t so lucky when it comes to invasive species. Stink bugs can damage apple orchards, and spotted lantern flies, which have recently been seen in the state, also have an appetite for the fruit’s flowers.

Heavy storms that bring hail is another growing concern.

“We’re seeing much more frequent hail events,” Ms. Brown said. “We may not see the sunburn that they see out west where they are using coverings and sprays to reduce it, but if we have a hail event and you don’t have hail nets, you could lose your crop.”

Apple orchards, Ms. Brown said, grow best near large bodies of water. Large, deep bodies of water such as Lake Ontario help to moderate temperatures. For example, in the spring, if apple buds develop too quickly, the water mass can cool surrounding air and slow down the budding process. Conversely, Lake Ontario, as an example, doesn’t freeze over in winter, providing some warmth to nearby orchards.

The apple breeding program at Cornell is one of the largest fruit breeding programs in the world. Ms. Brown said that anytime Cornell has a new grower come and talk to them, some questions are asked, including, “do you have a site, do you have a market? What are you going to do to mitigate?”

“Some growers have been very proactive in New York state and in other similar regions, saying that with climate change, ask, ‘What things are we going to have to change to stay profitable in the future?’”

As an example, Ms. Brown said that in the past, irrigation of orchards wasn’t needed.

“But with droughts and climate change, now many more growers are irrigating their trees,” Ms. Brown said. “With more water, is your orchard tiled? Because you’re going to need a way to get the over-accumulation of water away from the root systems.”

The heavy rains of this year, Ms. Brown said, “created a nightmare relative to controlling for both bugs and diseases.” But the extra rain, did provide for larger fruit size.

“The diseases we have, when the leaves fall or when the branches get cankers, that’s an inoculum for next year,” Ms. Brown said. “If we have a wet year next year, it’s going to be tough. If it’s a dry year, less tough, but then you have to put water on.”

For those interested in the effects of climate change, Ms. Brown, who also owns patents for varieties of sweet and tart cherries, said it matters where produce such as apples is purchased.

“I always tell people to support local, not just because I work for the industry and Cornell,” she said. “We want to have as low as food miles as we can.”

There are about 600 apple growers in New York State, she said, with many multi-generational growers.

“Because it’s local, you have less food miles and it’s fresh,” she said. “When I go to the store and see people buying out-of-state-produce, I go nuts. We have really good growers that earn a living, supporting their families, and it’s not on a ship from someplace else. I urge people to consider the impact that they’re making when they’s making those decisions to buy from other states or other countries.”

Here’s a list of apple growers and sellers in St. Lawrence, Lewis and Jefferson counties as collected by the New York Apple Association: