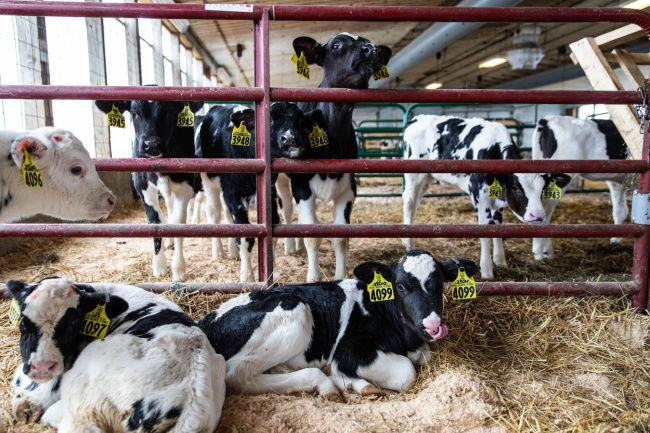 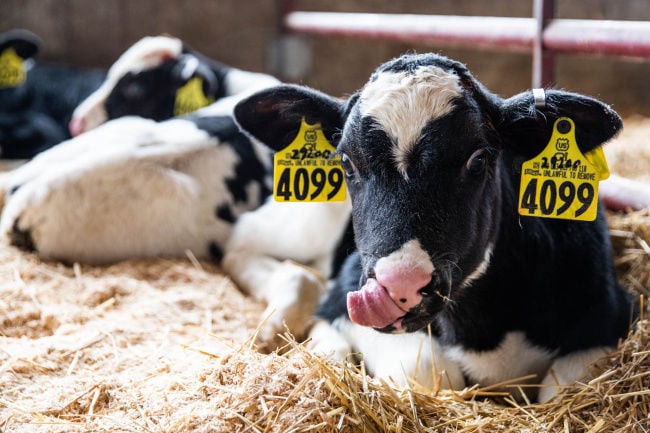 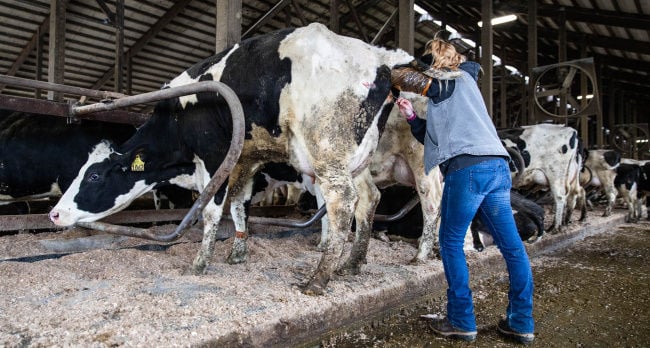 SYDNEY SCHAEFER/WATERTOWN DAILY TIMESA worker tends to a holstein cow in April inside a barn at Highcrest Holsteins farm in Mannsville.

SYDNEY SCHAEFER/WATERTOWN DAILY TIMESA worker tends to a holstein cow in April inside a barn at Highcrest Holsteins farm in Mannsville.

The Farm Laborers Fair Labor Practices Act passed the Senate and Assembly late Wednesday, extending a number of labor rights to farmworkers for the first time in New York State. But the bill, a compromise between groups representing farmworkers and those representing farmers, left neither group entirely happy with the result.

“Any day we legislate away workers’ rights is not a good day,” said Rebecca Fuentes, lead organizer with The Workers’ Center of Central New York. “(But) this legislation has been lingering for 20 years ... Having a compromise is something we commend.”

The bill provides for the right of farmworkers to collectively organize, although not to strike, to collect overtime pay after 60 hours of work, and for a full day off per week, with the option to work during the day of rest at one and a half times their normal hourly rate of pay. The sponsors of the bill worked with the New York State Farm Bureau on the bill and extended the hour cap up from 40 hours to 60 as well as adding the no strike provision.

Without being willing to compromise, though, Mr. Ammerman said they would have been stuck with a 40-hour-a-week cap — which labor advocates were hoping for.

The bill follows a ruling from a state appeals court that farmworkers have a right to organize. The plaintiff in the case, Crispin Hernandez, is a farmworker who was laid off from Marks Farms in Lowville for allegedly trying to organize better working conditions. He now works with Workers’ Center of Central New York and has advocated for the law.

“I feel good, but honestly the thing that I want to add to the legislation is the right to strike,” Mr. Hernadez said, speaking through a translator as he primarily speaks Spanish. “What we want is to receive a work week that is 40 hours a week, and then overtime.”

The overtime issue is not entirely settled — part of the law is a wage board consisting of one representative each from the Farm Bureau, the state AFL-CIO, and one member of the public, who will have the power to hold hearings and offer recommendations for a lower cap on hours.

Although the Farm Bureau worked with the sponsors on the bill, members flipped to opposing it on Wednesday based on four changes they said were added Sunday. The complaints involved the wage board, a limited definition of family, who are exempted from the regulations, requiring overtime wages if a worker chooses to work on a day of rest and the lack of a mandated secret ballot for union votes.

“It’s going to affect anyone who employs someone on the farm,” he said. “You can put in some long hours.”

Mr. Greenwood said while his outdoor workers would not have a problem staying under the 60-hour cap, his dairy workers work long hours. Many workers want to work as many hours as they can, he said, and are often sending money back to families in other countries.

Mr. Greenwood is also skeptical of the wage board, but he agrees that the compromises the Farm Bureau secured were important.

“Those were important features,” he said.

The Times sent questions about the changes on Sunday to the office of Sen. Jessica Ramos, D-Queens, the Senate sponsor of the bill, but her office said it would not have time to answer them. They did send a statement on the bill.

“The Farmworkers Fair Labor Practices Act has lingered in this body for 20 years, with seven sponsors on both sides of the aisle,” Sen. Ramos was quoted as saying. “I am proud today to be the 8th and last sponsor of the Farmworkers Fair Labor Practices Act ... There are 80-100,000 farmworkers that are the backbone of New York’s multi-billion dollar agricultural industry. Today we are correcting a historic injustice, a remnant of Jim Crow era laws, to affirm that those farmworkers must be granted rights just as any other worker in New York.”

Advocates have argued that state labor law that, until now, excluded farmworkers is rooted in historic Jim Crow policies. The law was passed in 1937 with the intention of importing federal Depression-era protections for workers into state law, but in doing so also imported a “carve-out” for farmworkers, the majority of whom at the time were black.

“Every single job in my district counts,” Sen. Ritchie said on the Senate floor. “I think we should watch out for our farmworkers, I think they should have a day of rest like our farmers have had for the last number of years, but I also believe its irresponsible if we don’t watch out for our family farms ... every farm I talk to, whether they’re big, medium or small is teetering.”

“While I recognize and respect the important role that farmworkers play in the state’s agriculture industry, I could not support this legislation,” Sen. Griffo was quoted as saying in press release. “I believe that it could have a detrimental effect on the viability and financial well-being of family farms at a time when many are already struggling.”

“I also join almost twenty nonpartisan agriculture organizations in opposing Governor Cuomo’s reckless legislation crushing our farmers with burdensome regulations and more than 300 million dollars in added costs per year,” she was quoted as saying in a release from her re-election campaign. “I am proud to represent thousands of North Country farmers, who serve as the backbone of our economy and deserve the opportunity to compete on a level playing field and build enduring legacies for their future generations to come.”

Mr. Hernandez said his goal now is to educate workers while continuing to advocate for more rights.

“What we’re doing right now is reviewing what’s included in the legislation,” he said. “We really want to educate all of the farm workers in the state of New York.”

Mr. Hernandez said the biggest thing he is hearing from farmworkers is that they want the same overtime rules as other workers.

“I’m in contact with workers at Marks Farms and also with workers at other farms,” he said. “What all of the farmworkers want is overtime after 40 hours, which is full time.”

He said what farmworkers are pushing for is no different from other workers in New York.

“There are workers that work 70, 80 hours and who work seven days a week,” Mr. Hernandez said. “What the bosses are doing is exploitative ... we want to be treated just like any other worker.”

We taxpayers graciously share all forms of welfare with our farmers. Recently failed Trump economic policies were covered with more farmer welfare. It is expected that some of that free gravy be passed on to their workers. But, that doesn't happen. Thus the need for legislation.