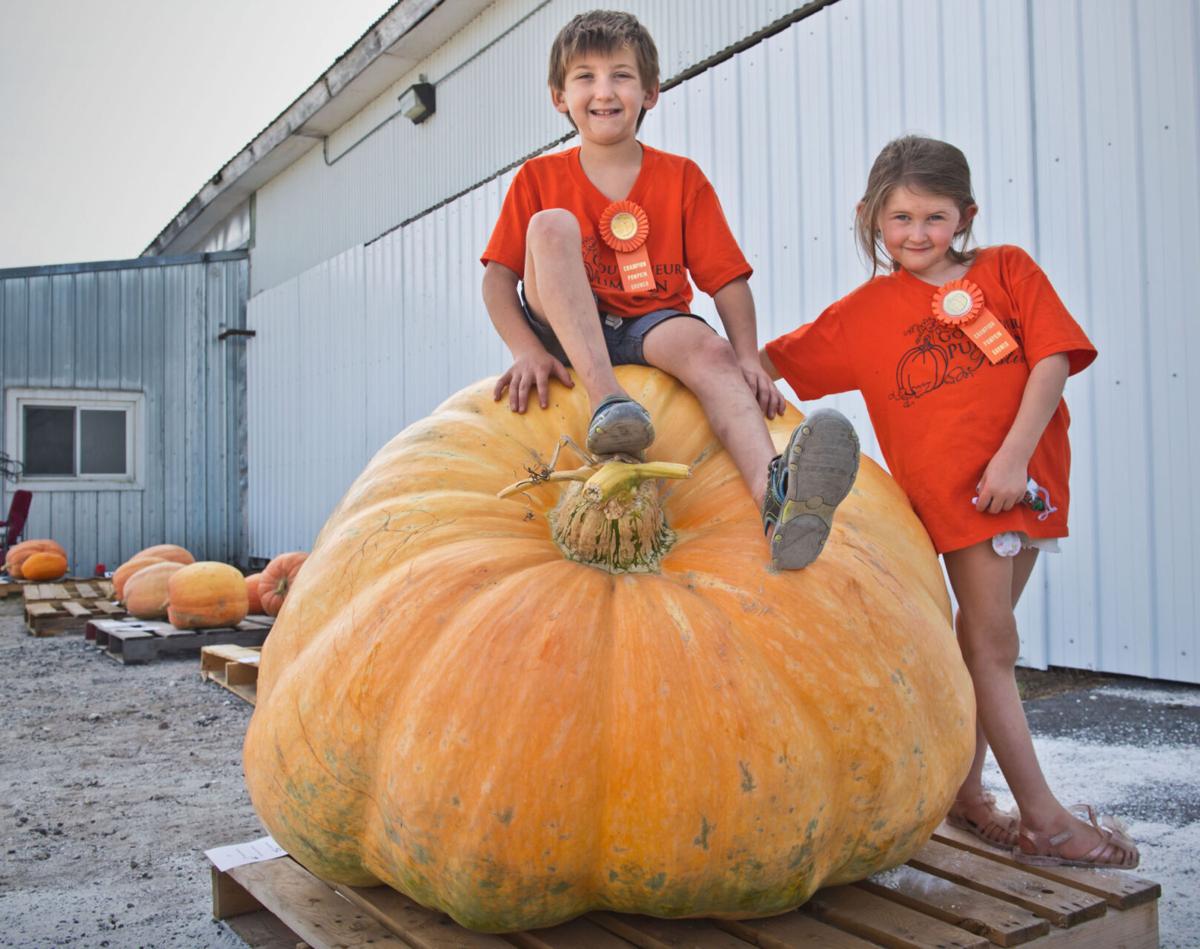 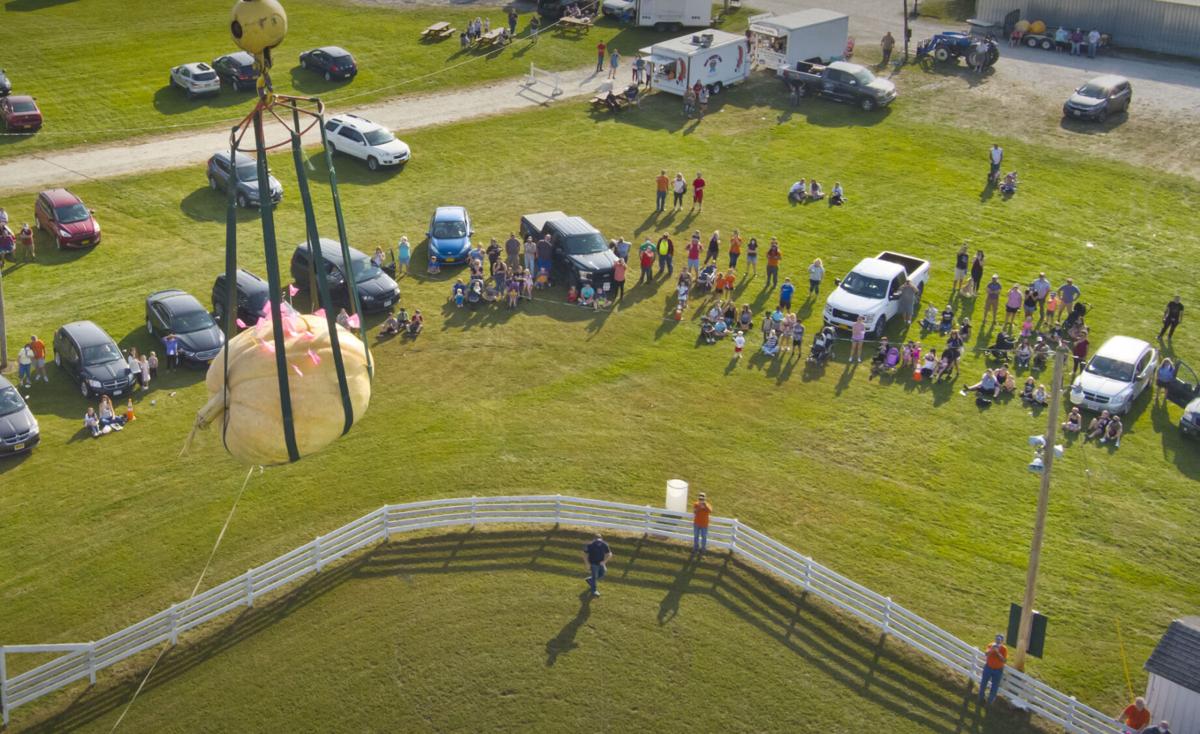 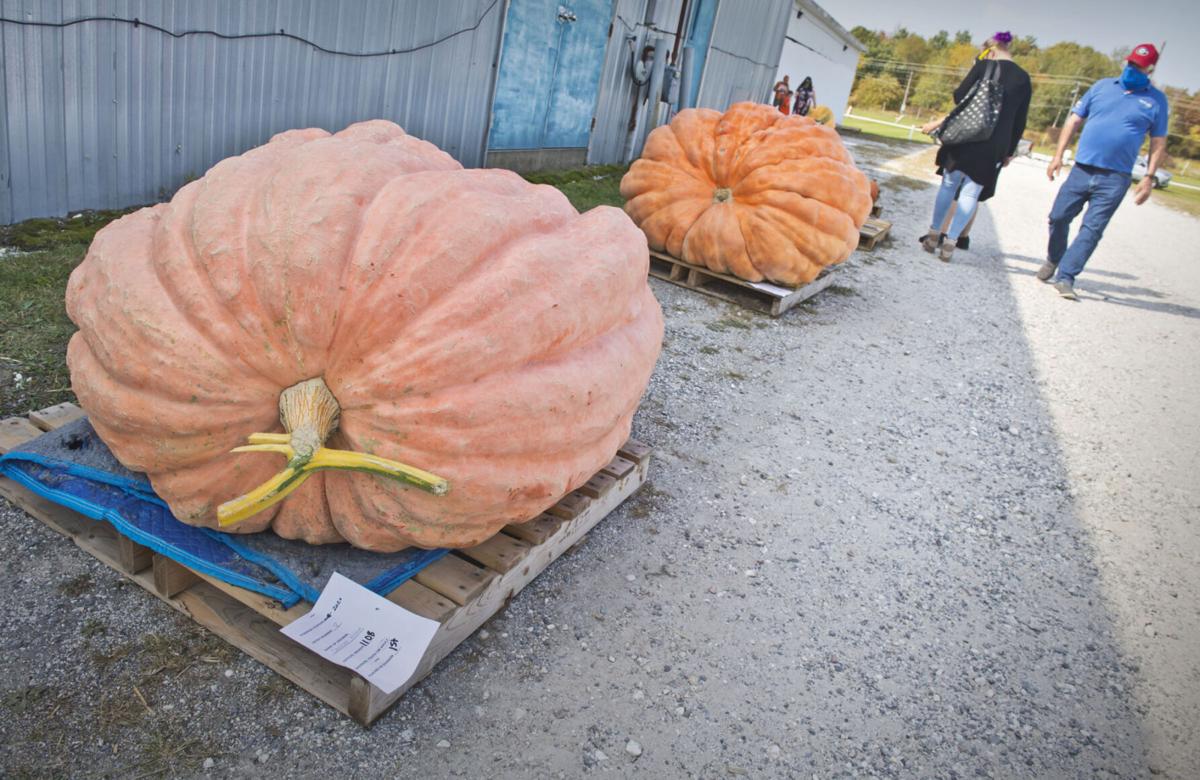 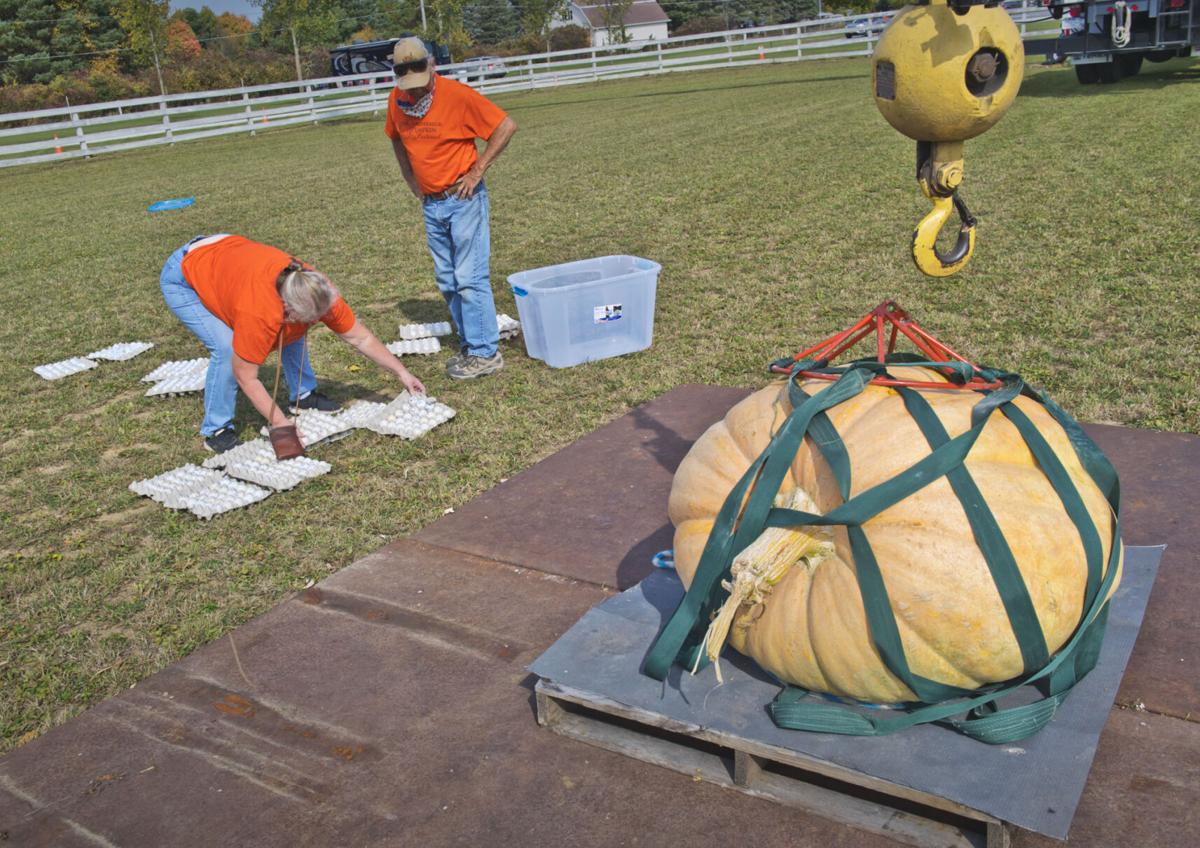 Golf balls to be loaded in a hollowed pumpkin are laid out in preparation for the Great Pumpkin Drop on Saturday at the Gouverneur Pumpkin Festival. Christopher Lenney/Watertown Daily Times

From the hollowed pumpkin’s flesh, more than 700 numbered golf balls rolled across a grassy meadow at the Gouverneur & St. Lawrence County Fairgrounds. A crane raised the pumpkin — weighing more than 600 pounds with water and golf balls — about 80 feet.

The dropped pumpkin, entered by Gouverneur & St. Lawrence County Fair board member Lyle R. Hotis, made the top five in the adult division, but the No. 1 pumpkin more than doubled the weight of the scattered 472-pound squash.

“It takes a lot of time and a lot of love for pumpkins,” said hobby grower Christine Nolan, who brought the winning 1,108-pounder. “You have to love pumpkins.”

In partnership with the Gouverneur Chamber of Commerce, the ninth-annual festival has served as a fundraiser for building maintenance and projects at the fairgrounds since 2012. Typically a two-day event with live music and most vendors set up indoors, the festival was adjusted to comply with public health guidelines, Fair Manager Donald A. Peck said.

After much discussion this summer, the Fair board opted to host the festival for one day with limited activities.

“Canceling the Fair this year was a hard enough decision,” Mr. Peck said. “So we didn’t want to cancel the Pumpkin Festival if we didn’t have to.”

The Gouverneur Fair dates back to 1859, merging with Canton’s even older St. Lawrence County Fair in 1934. The Fair board in June announced the cancellation of the 2020 events, which were originally scheduled Aug. 4 to 9.