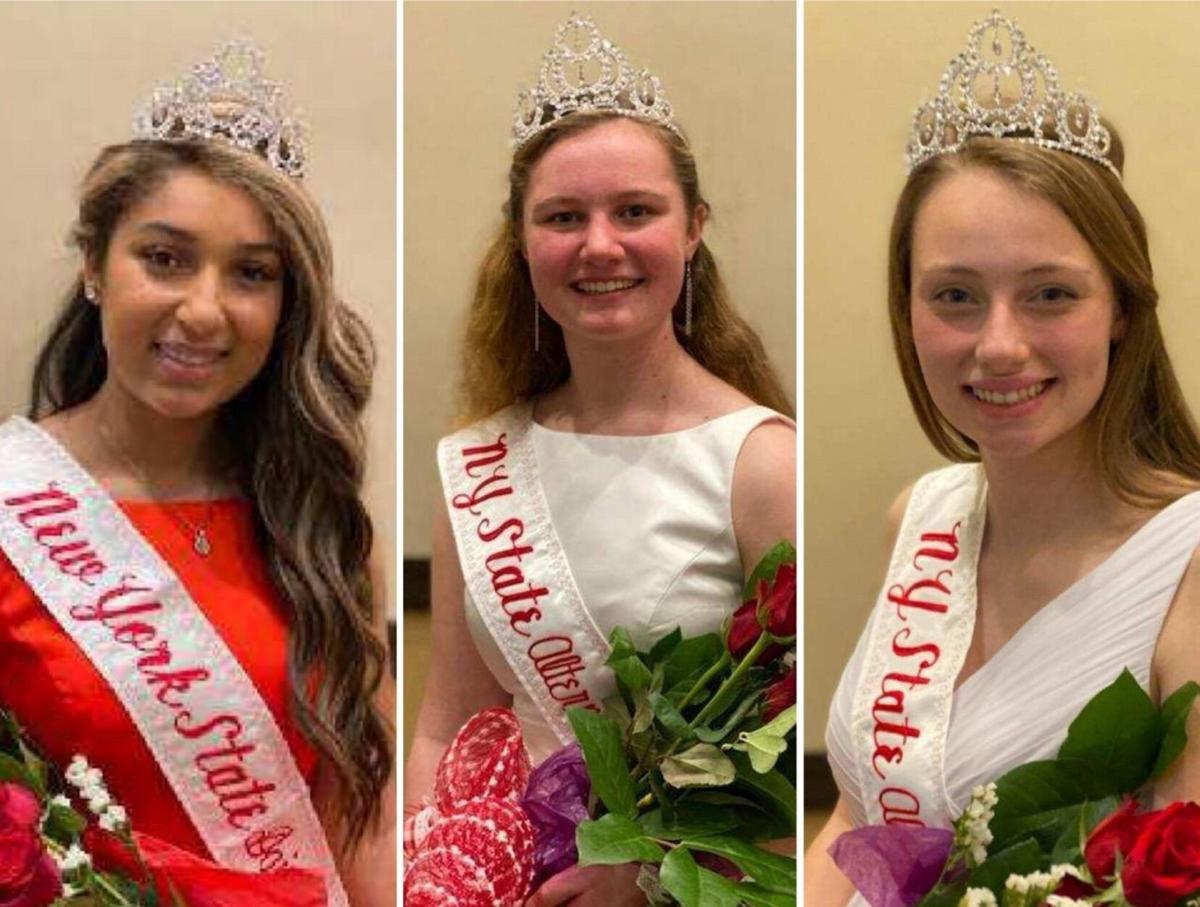 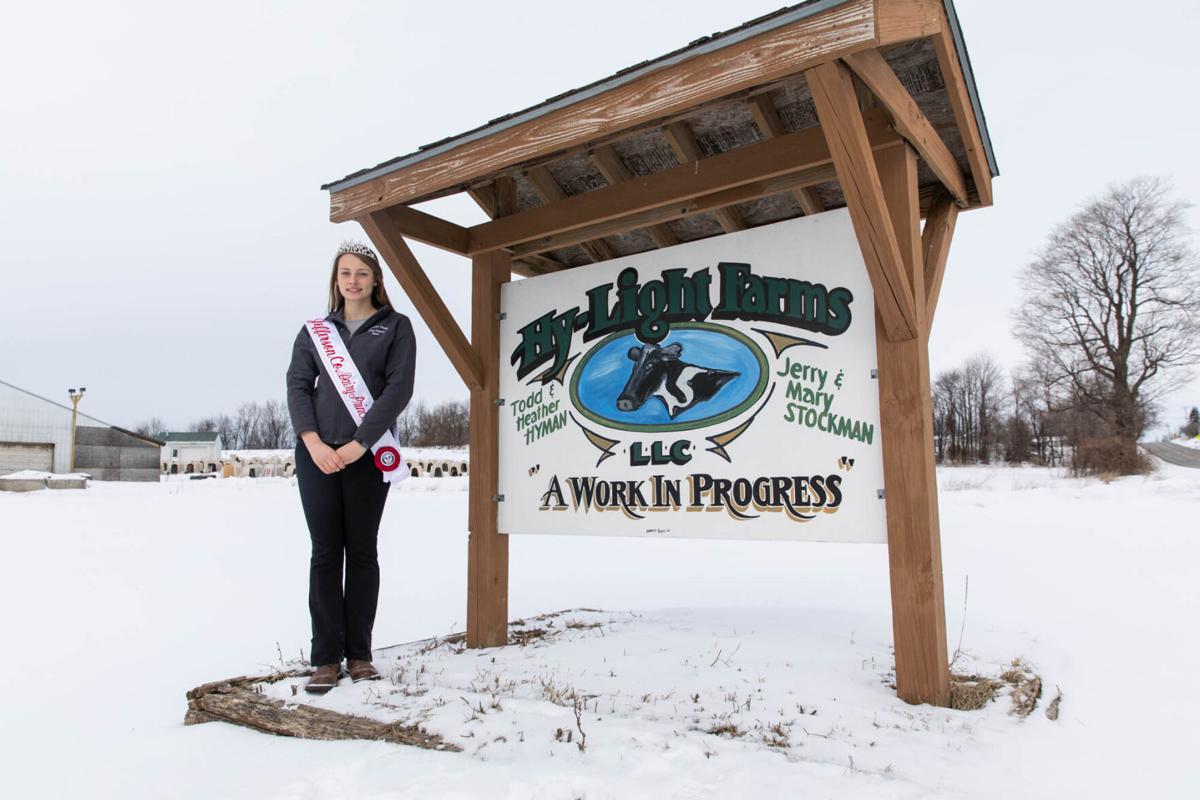 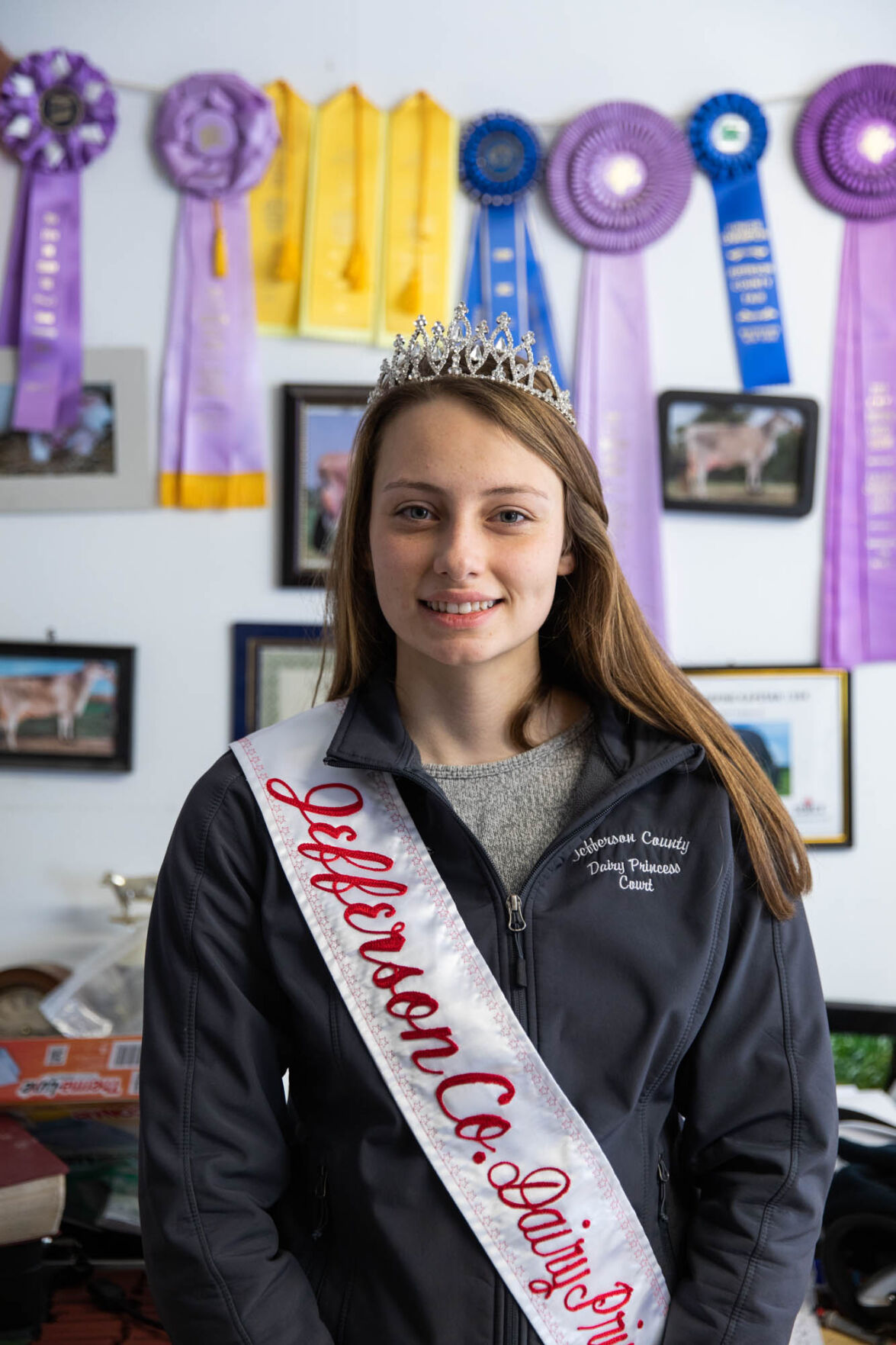 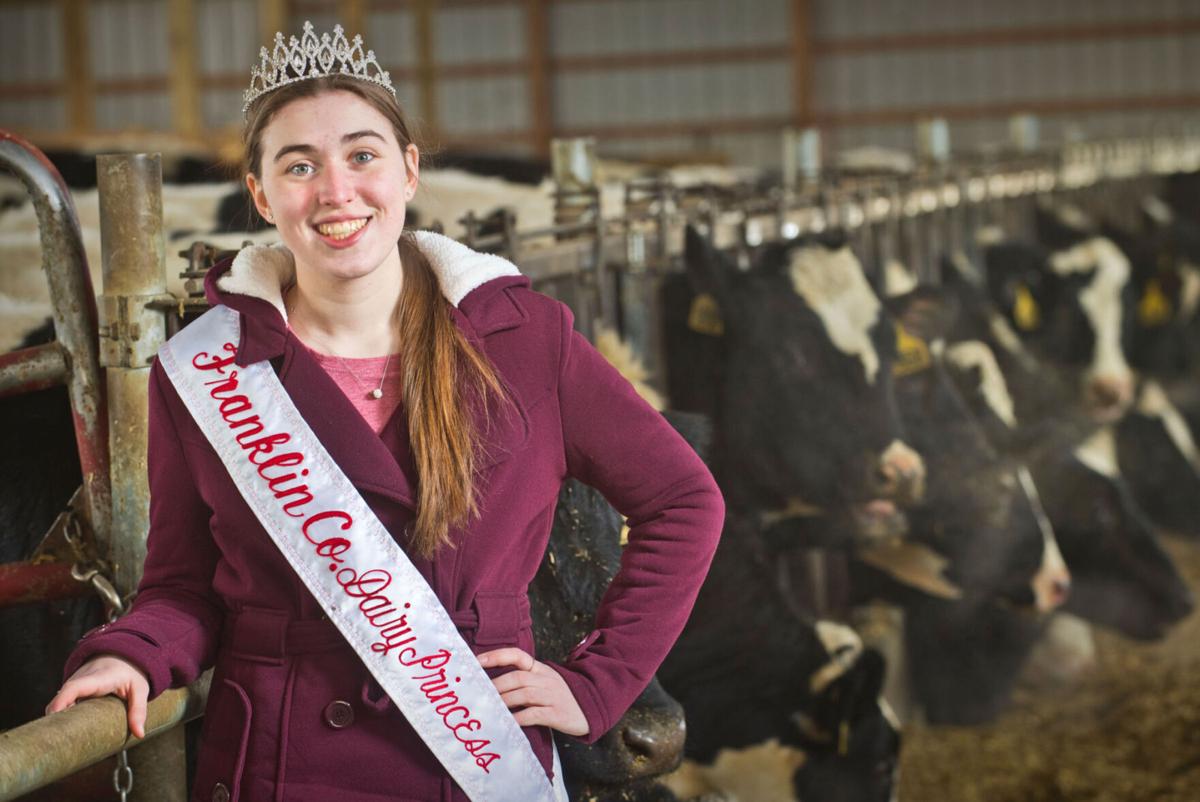 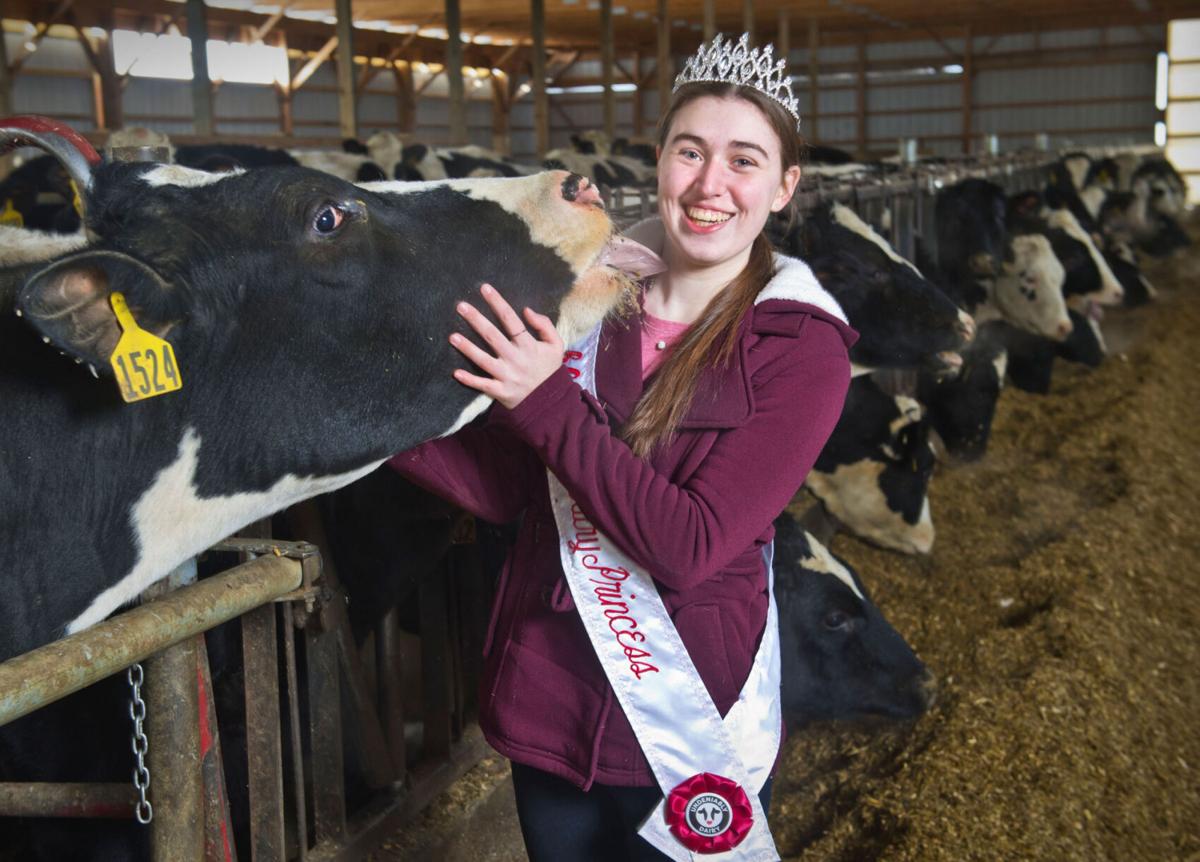 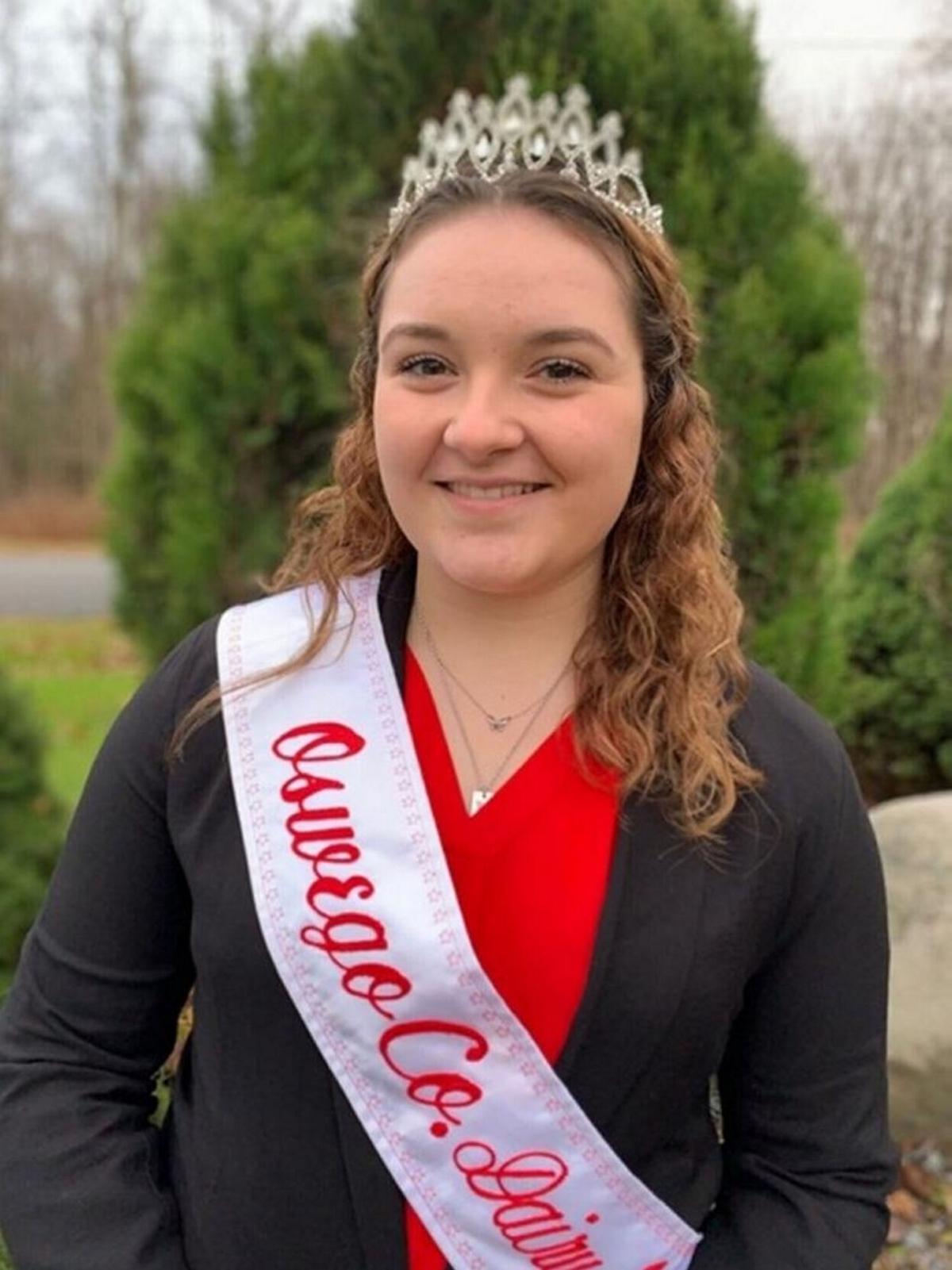 Of the 26 dairy princesses named at 2020 county fairs, 11 competed this week across six categories: a personal interview, an impromptu question, a prepared adult speech, a product knowledge exam, writing skills and informal interaction with others. Two judges — Haley Groat, of Lutz Feed Company, and Heidi Kovalewski, Onondaga County Dairy Promotion coordinator — based their decisions on communication skills, knowledge of the dairy industry, poise and personality.

The state pageant is hosted by the American Dairy Association North East, which advocates for dairy farmers in New York, Pennsylvania, New Jersey, Delaware, Maryland and Virginia. Scaled back due to the ongoing COVID-19 health crisis, the pageant was streamed Tuesday night from Syracuse, with a limited number of family members present.

Miss Hyman and fellow north country princesses Amy Gokey, Franklin County, and Taylor Bonoffski, Oswego County, were awarded scholarships for placing in the top three of various categories, and all three made the semi-finals.

Miss Gokey and Miss Bonoffski each received a $100 scholarship for high scores on the product knowledge test, which consisted of multiple choice, short answer and essay questions designed to gauge a contestant’s command on the dairy industry.

Prior to the competition, Miss Gokey said her speech idea hit her while working in the barn on her parents’ first generation, 400-Holstein dairy farm in Burke. She shared her thoughts on “farmers as heroes” keeping food systems afloat in an especially trying year.

“A hero can be an ordinary person like me and you, they come in all shapes and sizes,” Miss Gokey said during her speech. “Farmers may be ordinary people, but they do extraordinary work. Without these heroes, our land and animals would not have a caretaker.”

Miss Benjamin, a graduate student at SUNY Morrisville and former student athlete, talked about chocolate milk as the ideal post-workout beverage and described herself as “committed to being the dairy industry’s voice for chocolate milk.”

The seven semi-finalists were each asked an impromptu question: “You have decided to provide a classroom with a virtual farm tour experience. What important messages do you want them to learn about dairy farming during the tour?”

Miss Gokey, a 17-year-old senior at Franklin Academy, responded with three important messages: focusing on the importance of animal care, how farmers are stewards of their land and the nutritional benefits of dairy products. Miss Hyman, 16, took the judges through a dairy farm, explaining the role of each facility and the milking process.

The American Dairy Association Northeast reports its volunteers and dairy ambassadors helped distribute 842,000 gallons of milk and 438 pounds of other dairy products in communities across the state last year. Miss Benjamin and the two alternates will serve as ambassadors through next year, participating in engagement and education initiatives with the association.