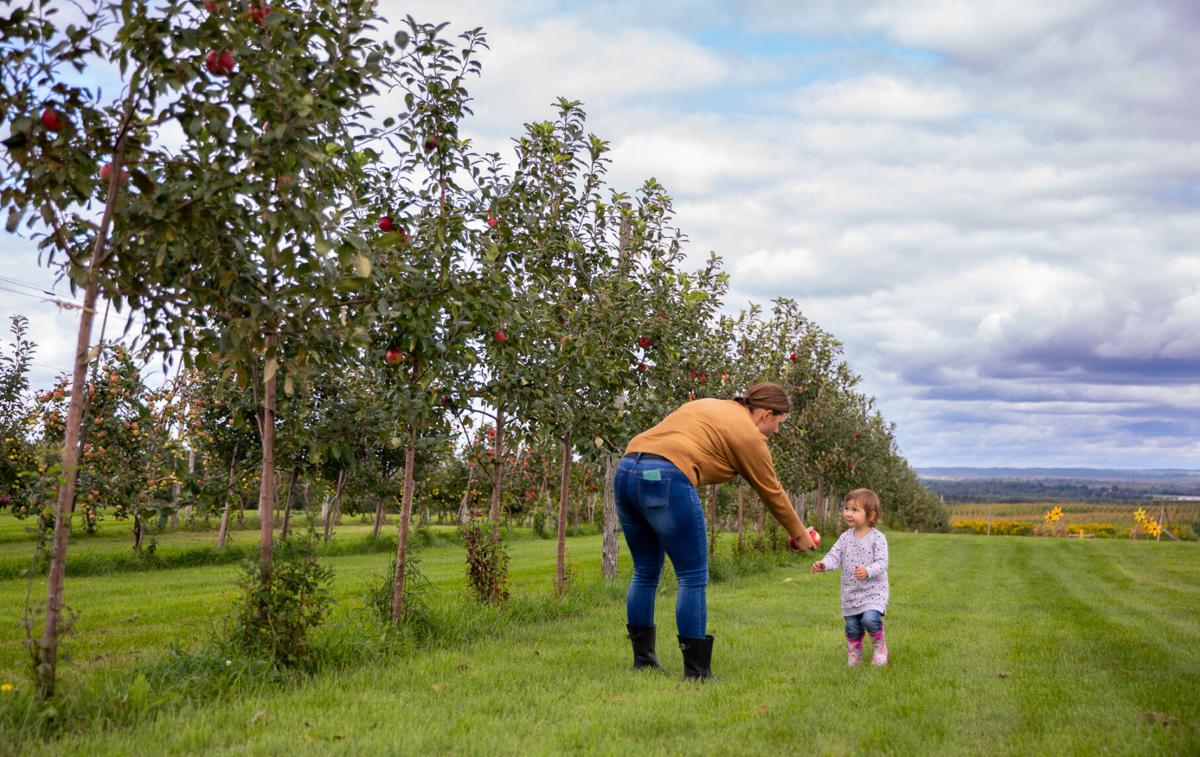 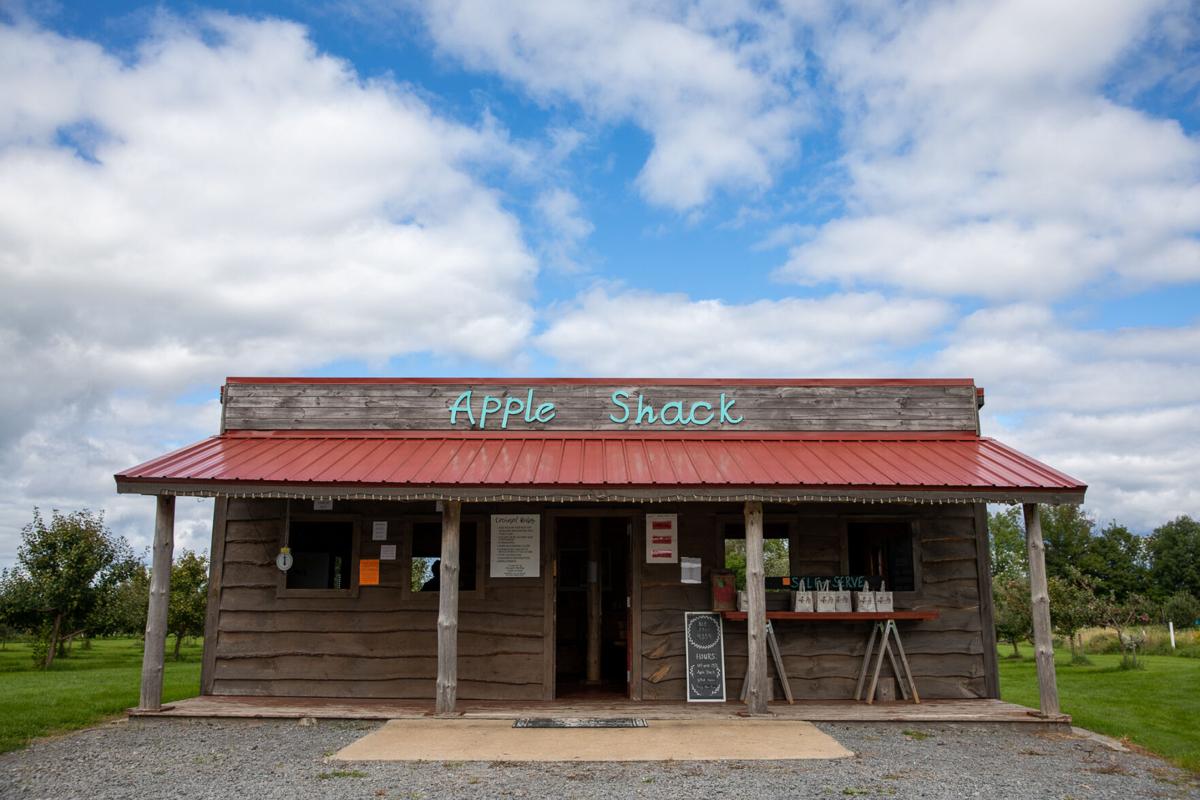 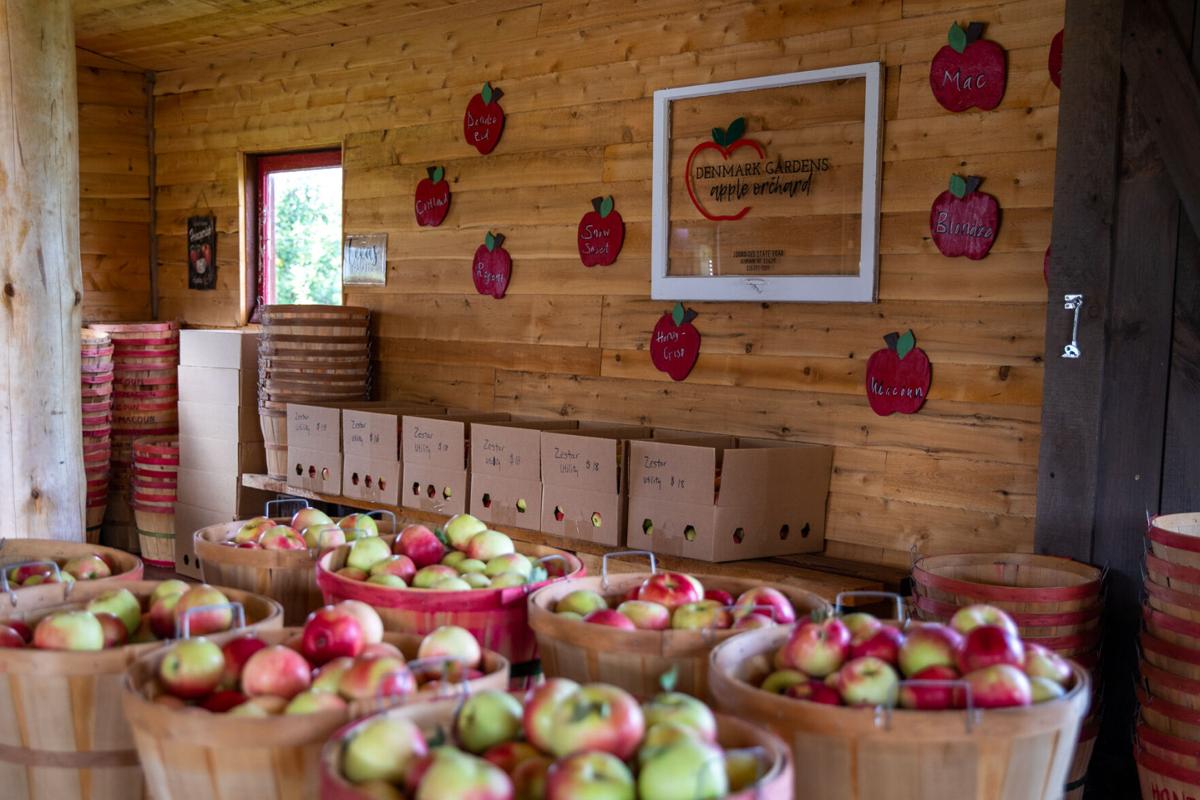 Crates and boxes of apples are for sale in the Apple Shack on Friday at Denmark Gardens Apple Orchard. Kara Dry/Watertown Daily Times 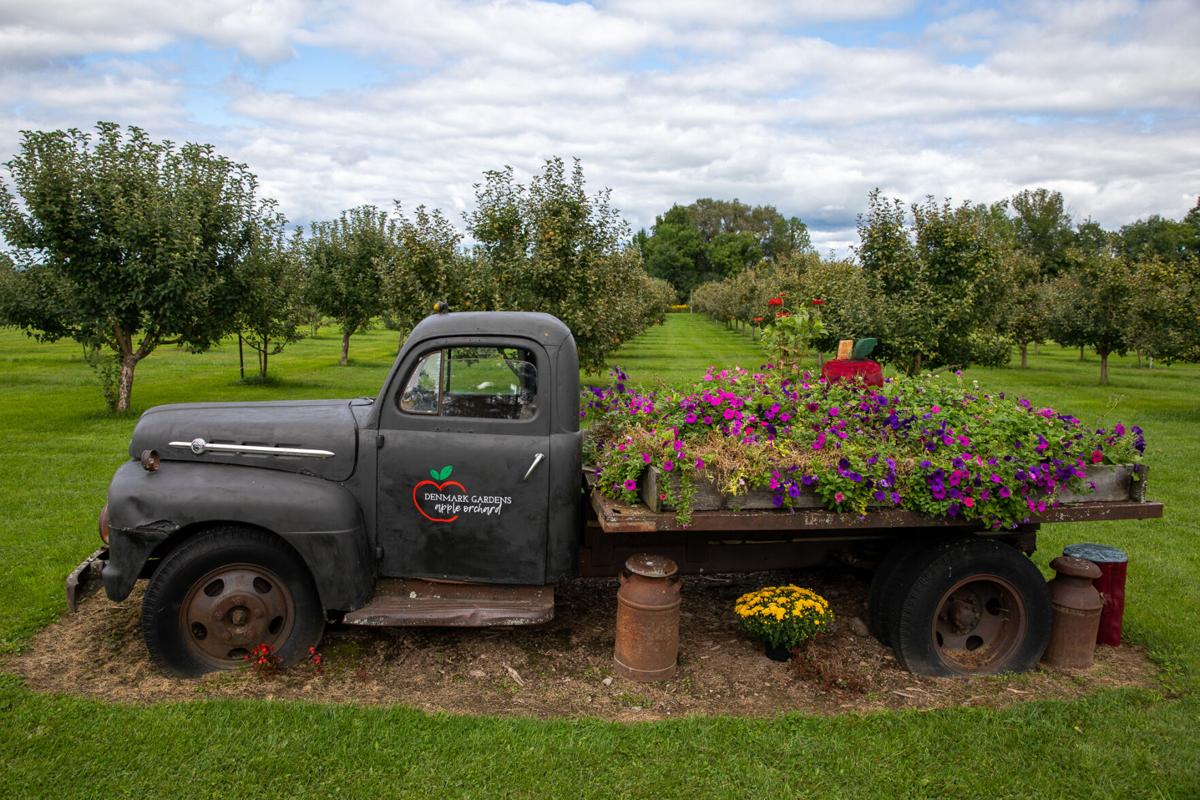 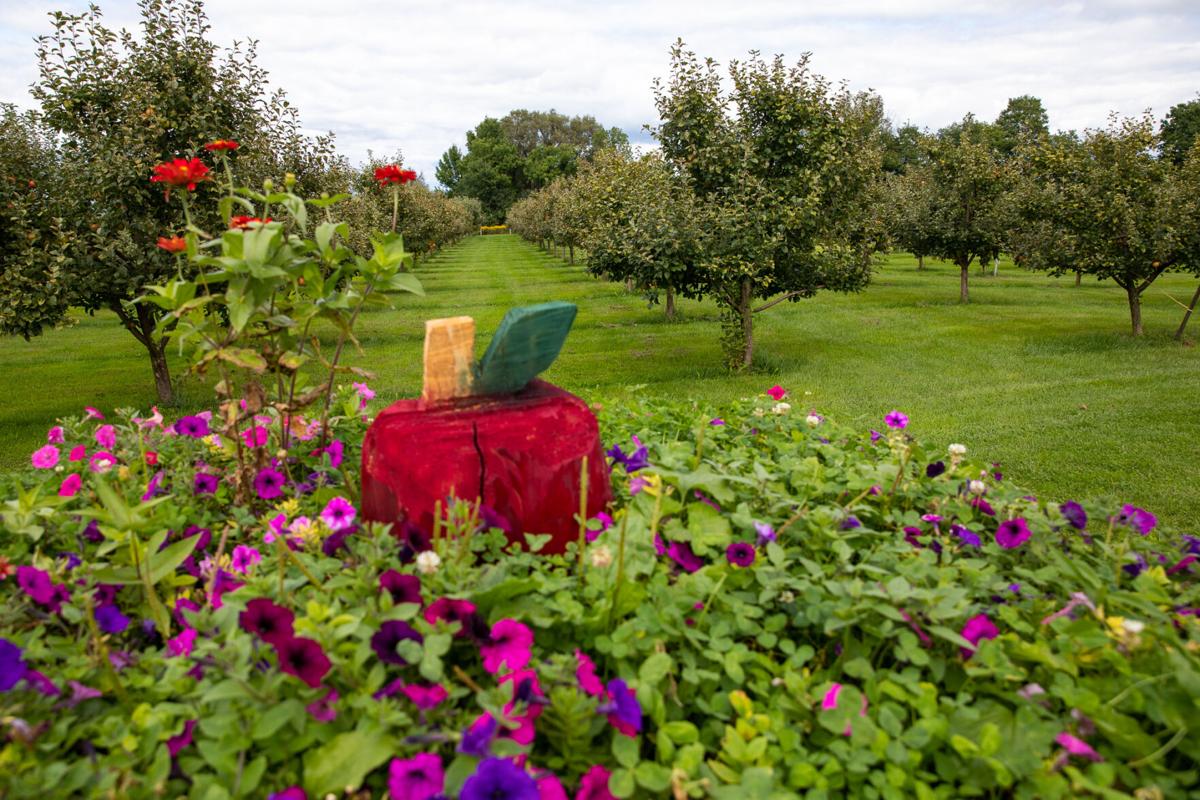 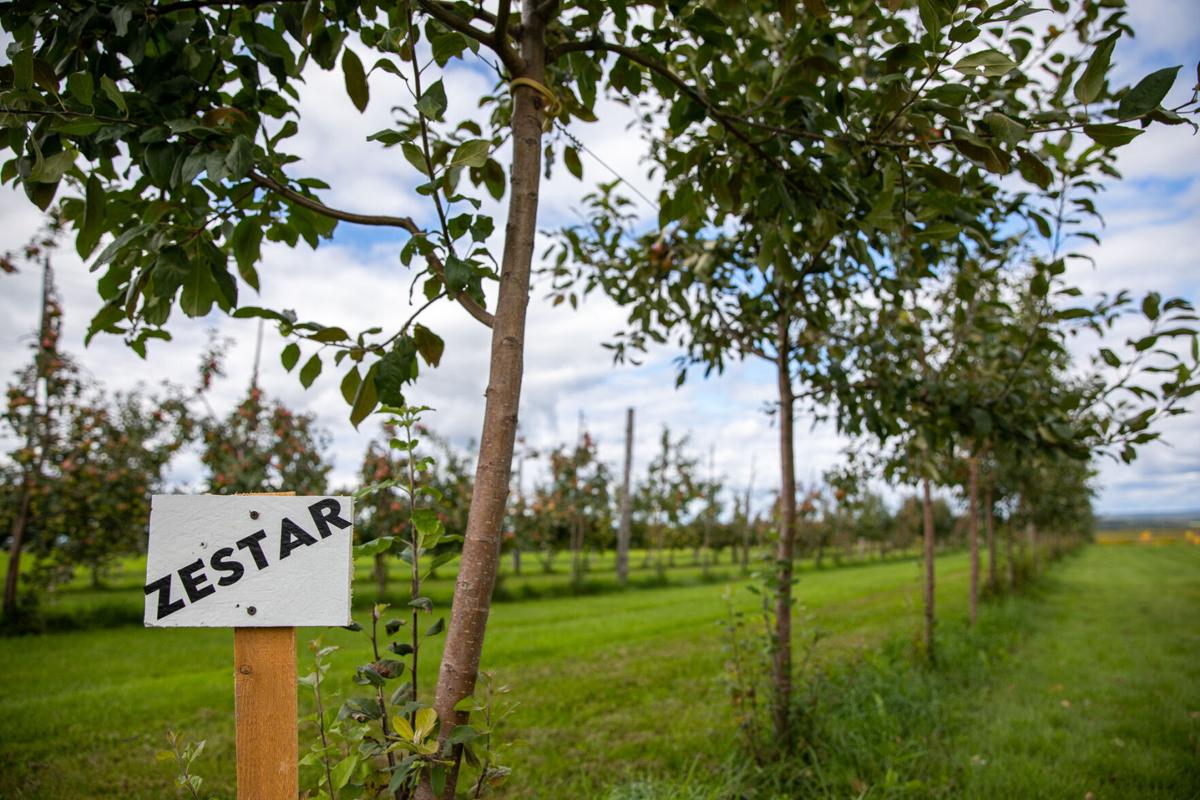 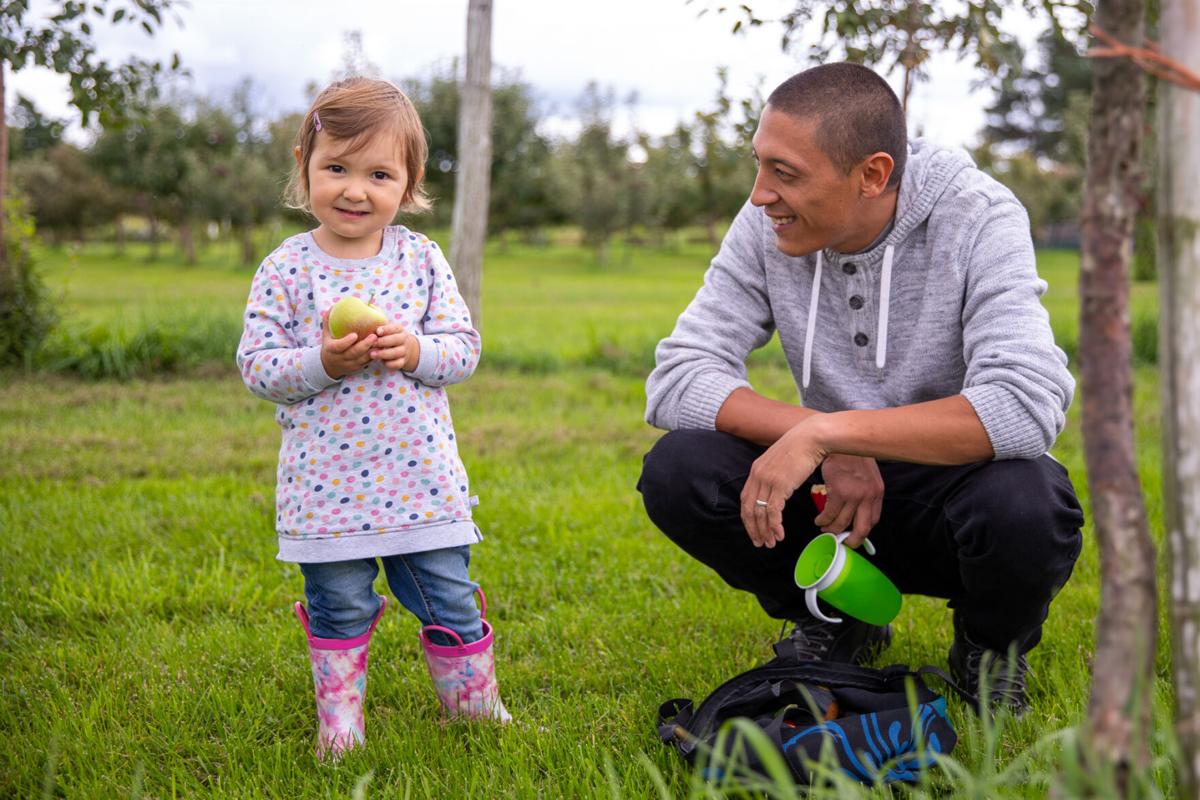 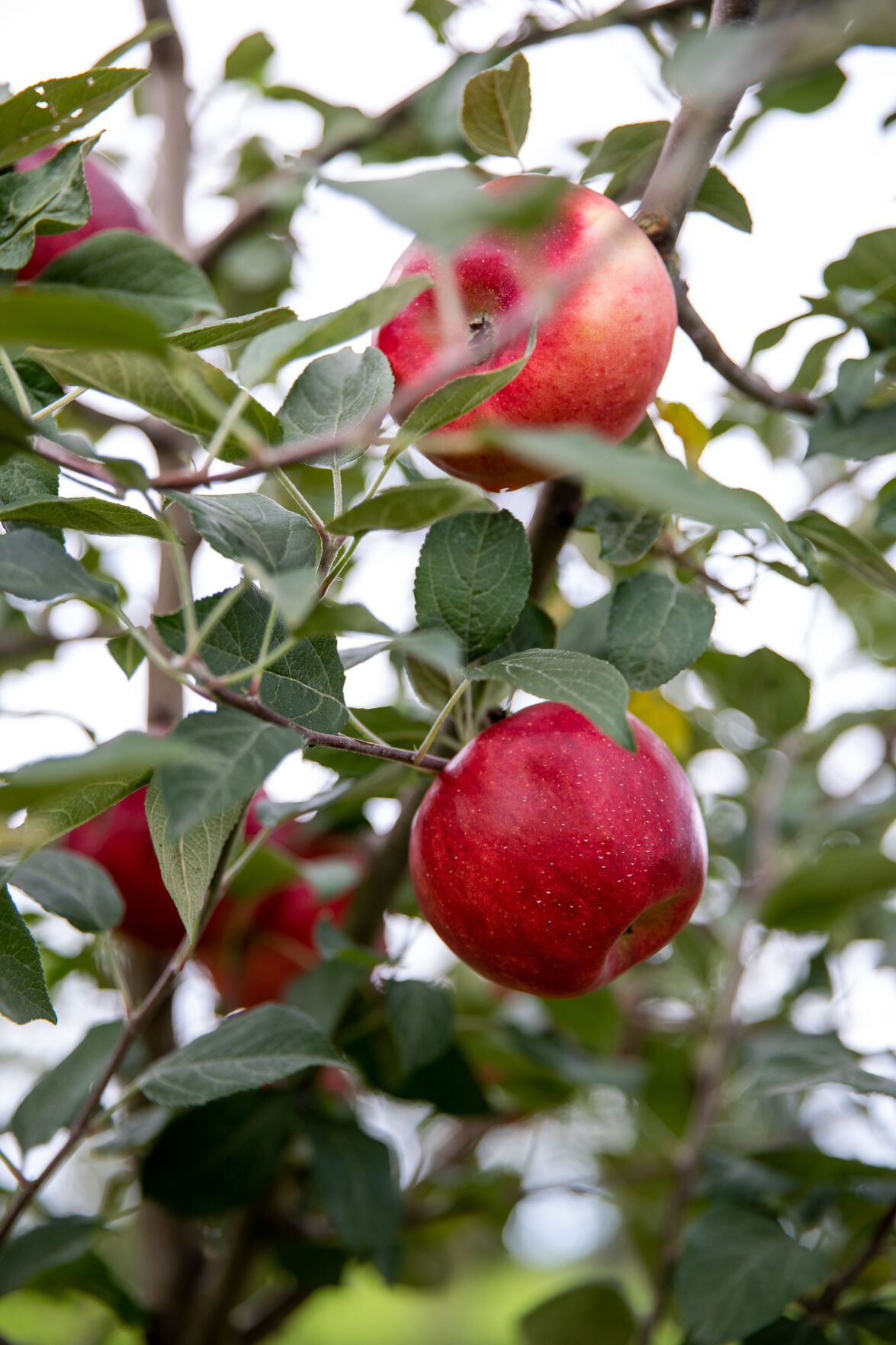 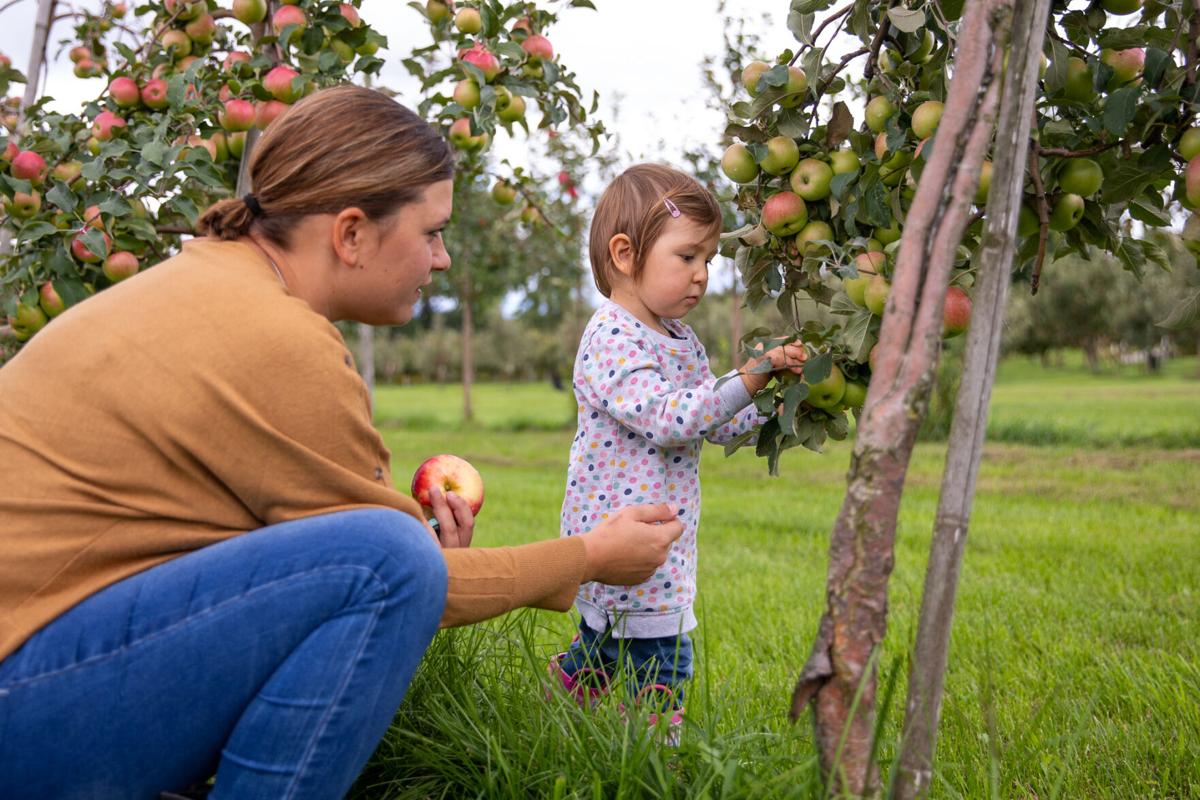 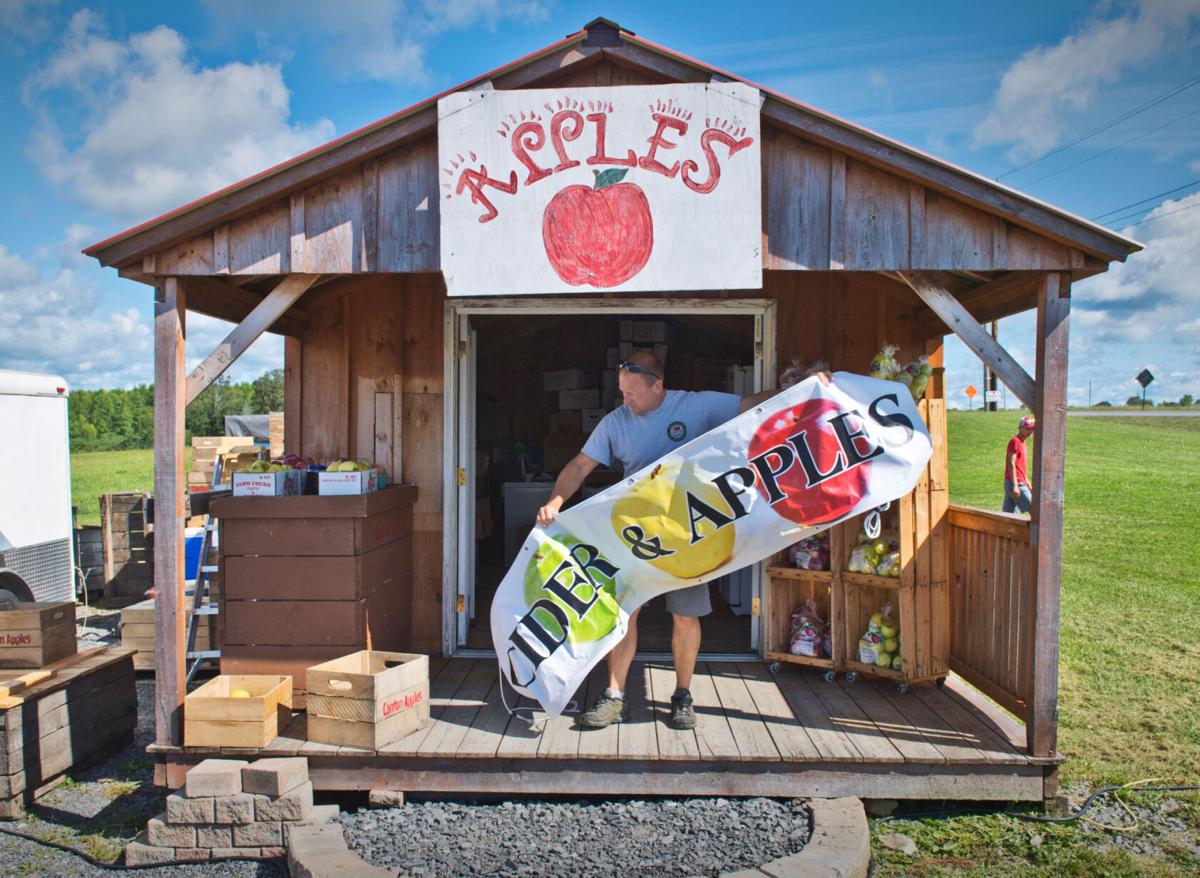 Joel Howie, owner of Canton Apples, opens a display banner to be mounted at his roadside stand on Route 310 on Saturday. Christopher Lenney/Watertown Daily Times 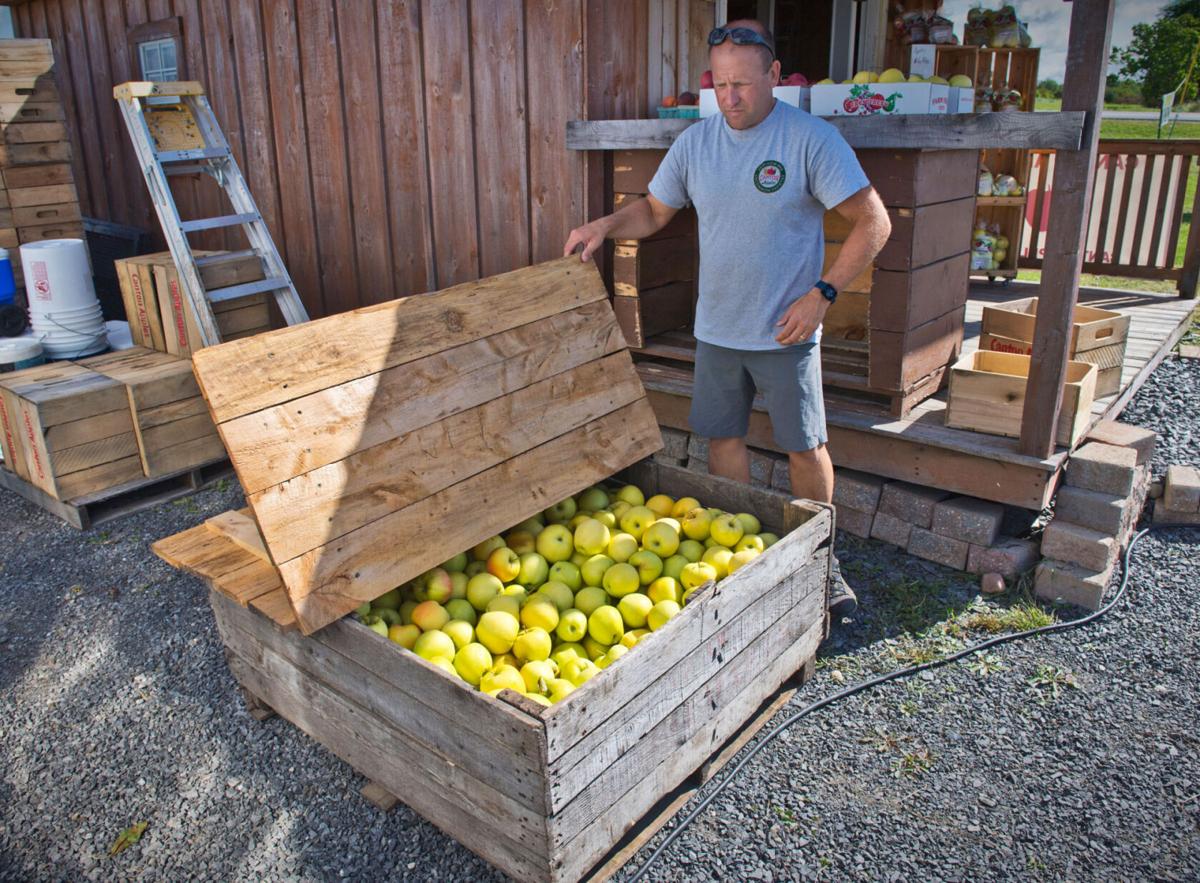 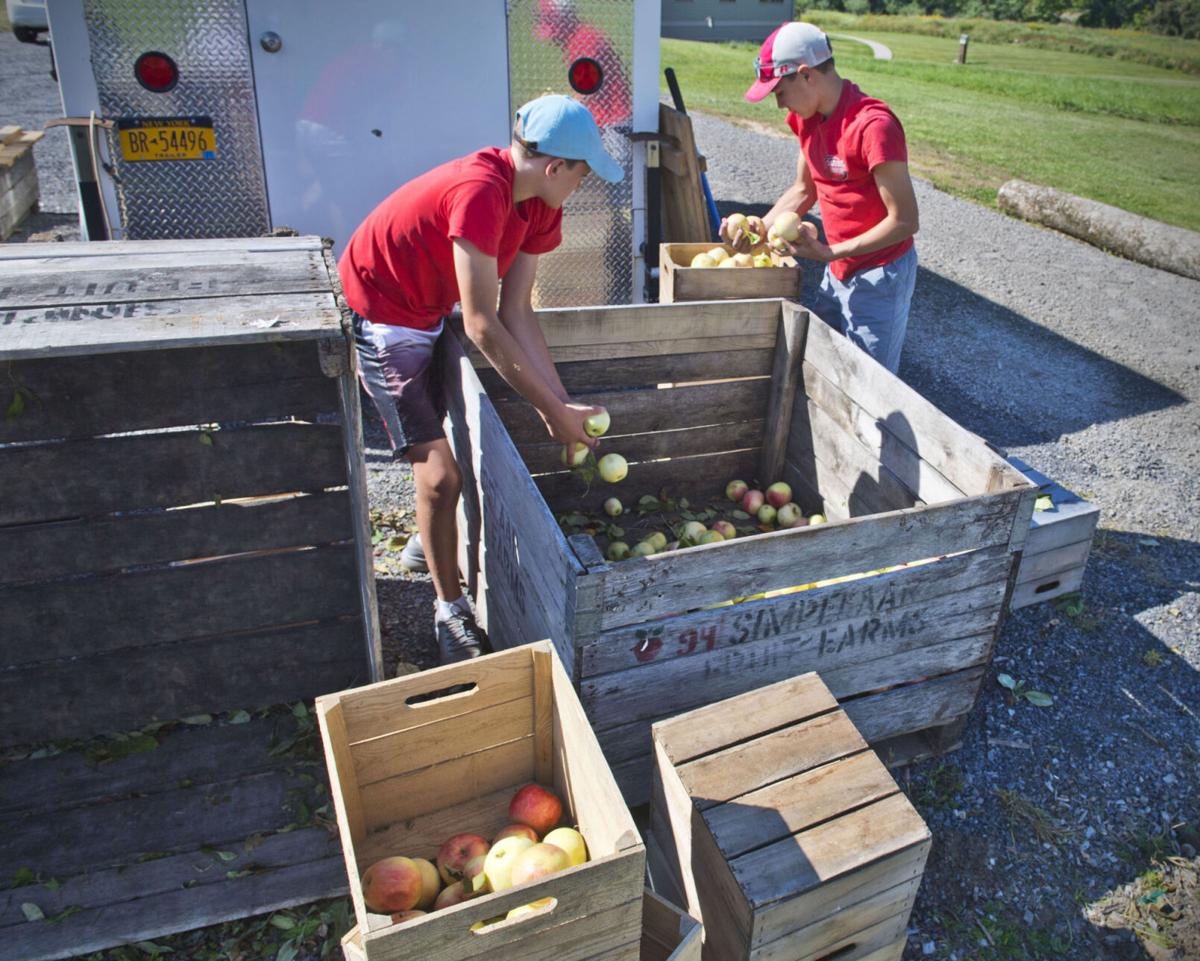 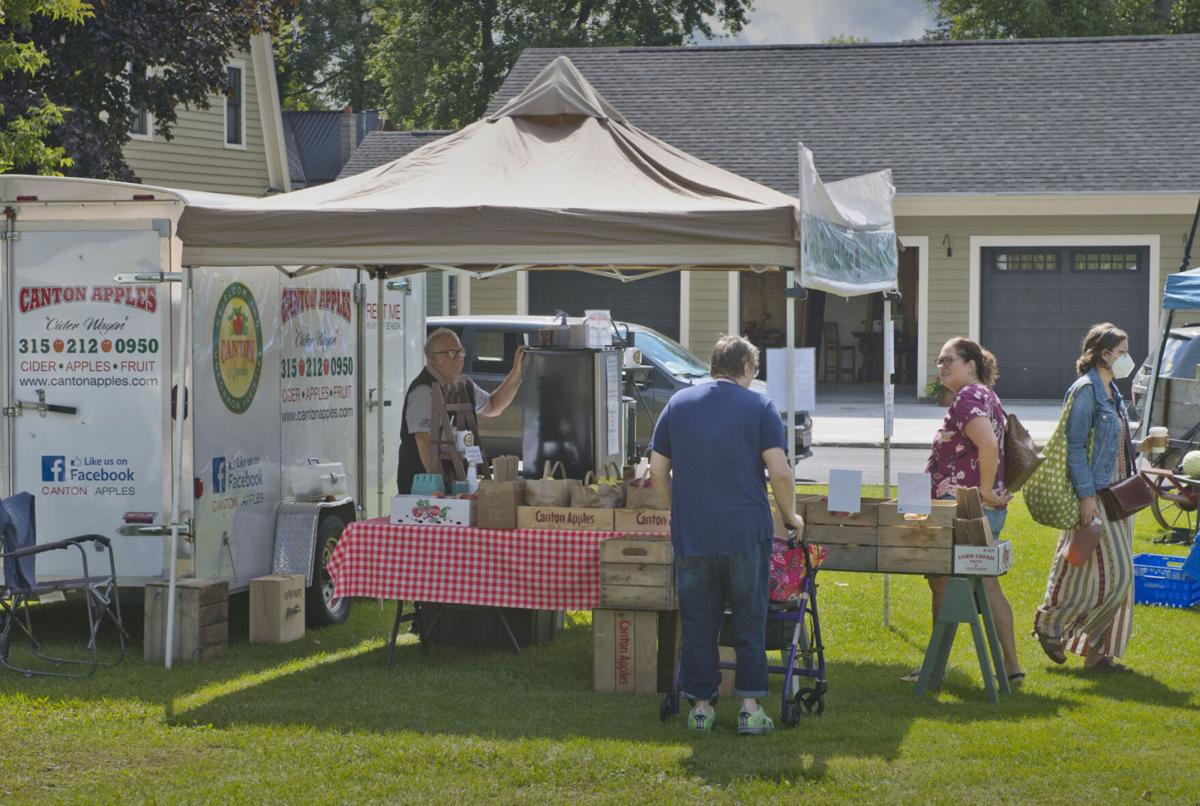 Crates and boxes of apples are for sale in the Apple Shack on Friday at Denmark Gardens Apple Orchard. Kara Dry/Watertown Daily Times

Joel Howie, owner of Canton Apples, opens a display banner to be mounted at his roadside stand on Route 310 on Saturday. Christopher Lenney/Watertown Daily Times

CANTON — September has arrived, and with it, the region’s apple harvest season.

North country growers are opening up farm stands with early apples and awaiting ripening phases for mid- and late-season fruits. In a second pandemic year, with stressors impacting people of all varieties, apples are feeling it, too.

“Stress has a lot to do with apple production,” Joel C. Howie, owner of Canton Apple and Cider Company, said.

The combined drought and water stress has left Mr. Howie with a thinner overall crop, though some older varieties have fared well. The St. Lawrence, for example, will yield more this year than previous years, he said.

On the cider-pressing side of Canton Apple business, Mr. Howie said he’s purchasing apples from other growers in the state. As of this week, about one bushel of purchased apples for every bushel of homegrown apples is viable for cider operations out of Bregg Winery, which opened in Norfolk in 2017. Mr. Howie plans to build out his Route 310 property in Canton with his own cidery within the next few years.

Canton Apple orchards are situated on a total 14 acres across four properties in the town of Canton. More than 400 trees grow on two spots off Route 310, one on Finnegan Road and one at the corner of Barnes Road and County Route 25 — an established orchard and the first site Mr. Howie took on. Now in his 10th year, he’s gradually grown the orchards with new plantings.

Apples, peaches, cider and other goods are for sale at the permanent Canton Apple farm stand, 339 Route 310. A mobile stand is also stationed at the weekly Canton and Potsdam farmers’ markets.

“That pays for my apple habit,” he said.

As his crop wanes this fall, Mr. Howie said he’ll be purchasing additional fruit for cider. U-pick hours at the County Route 25 orchard will likely not be an option this year.

“There’s just not enough apples,” he said. “I think the trees are saying: ‘I’m done for now, I need to recover.’”

To the south, owners Patsy S. and Maxwell J. Makuch are kicking off the 2021 season at Denmark Gardens Apple Orchard. Their fourth-generation dairy farm land became Lewis County’s first apple orchard when the couple planted 300 apple trees after retiring in 2010. Since opening for business in 2013 with its first major harvest, Denmark Gardens has grown to maintain more than 700 trees, a playground, corn maze and farm store.

At 10080 Old State Road, across from the Carlowden Country Club, Denmark Gardens has expanded its U-pick hours this season. The orchards were open for picking for the first time on weekends last year, but with a strong crop, Mrs. Makuch said U-pick hours are now from 10 a.m. to 5 p.m. daily.

The farm is equipped for irrigation, so the orchards were still getting water through the early summer drought, Mrs. Makuch said. The late summer problem, she said, is excess water from heavy precipitation in July and August. Some varieties are ripening softer due to the water stress, but generally, the harvest should be bountiful.

Without an irrigation system or on-site water source, Mr. Howie said, Canton Apple relies on rainfall and the strength of standard rootstocks to withstand drought pressure. A range of standard and dwarf rootstocks are used for propagating new trees, and each rootstock influences the height and size of trees, tree spacing, management, water retention and disease resistance. Grafting onto standard types typically produces trees that are hardier from the outset and more reliable.

Both Mr. Howie and Mrs. Makuch said sales haven’t been impacted by the COVID-19 pandemic. Families of visitors picked apples Friday at Denmark Gardens, and motorists stopped at the Route 310 stand on Saturday, opening day for Mr. Howie.

Contact the growers and find updates and details about varieties at cantonapples.com and denmarkappleorchard.mynny.biz.

Some orchards in the region have adjusted hours or are not opening for the season due to varied crops. Brookdale Orchard, Winthrop, will not be opening this fall.

Other orchards in St. Lawrence, Lewis and Jefferson counties are harvesting: