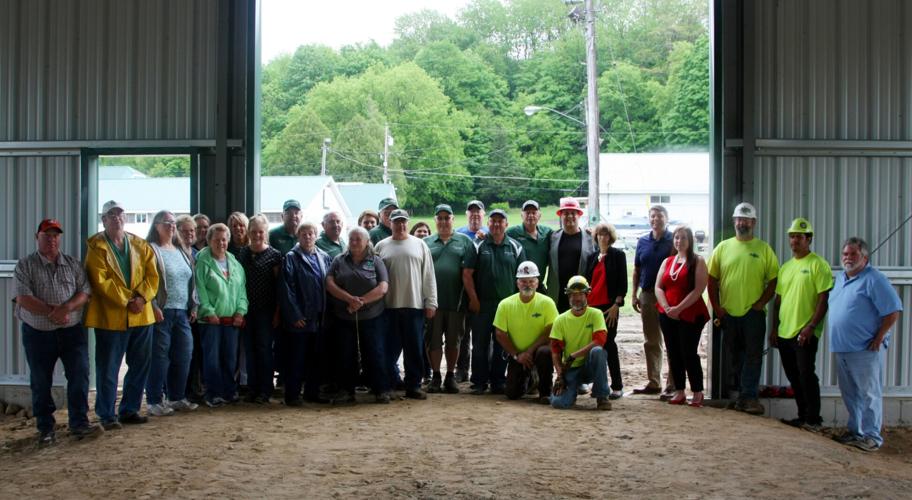 Attendees at the Friday ribbon-cutting for the indoor riding arena at the Franklin County Fairgrounds gather for a photo. Blaine LaVoie/Malone Telegram 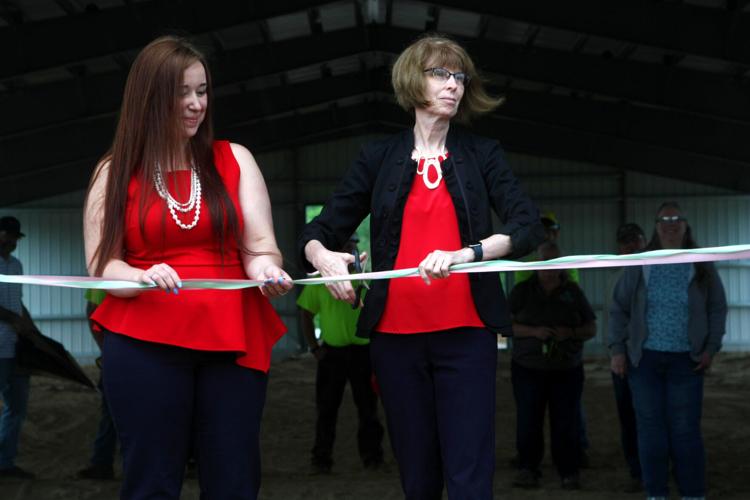 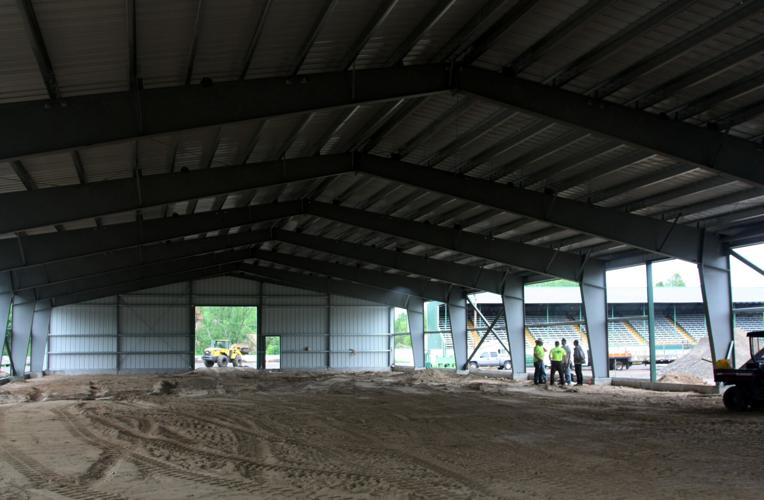 The newly finished indoor riding arena at the Franklin County Fairgrounds in Malone is one of the largest and most modern indoor arenas in the Northeast, according to Fair Director Dave Gokey. Blaine LaVoie/Malone Telegram 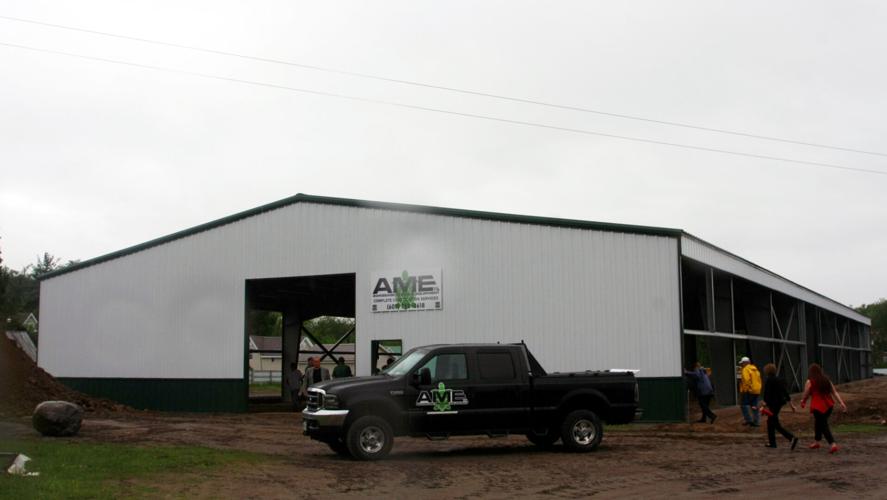 Attendees at the Friday ribbon-cutting for the indoor riding arena at the Franklin County Fairgrounds gather for a photo. Blaine LaVoie/Malone Telegram

The newly finished indoor riding arena at the Franklin County Fairgrounds in Malone is one of the largest and most modern indoor arenas in the Northeast, according to Fair Director Dave Gokey. Blaine LaVoie/Malone Telegram

“Over the past few years, the board had always talked about having a new indoor riding arena, where horse shows and agricultural events could be held both during fair week and throughout the summer without the weather having a negative effect on the shows,” Fair Director Dave Gokey said. “Several of the directors had been to numerous horse shows throughout New York and other areas and had seen indoor arenas that did exactly that. The shows could go on regardless of the weather.”

In April 2021, the agricultural society applied for the Shutter Venue Operators Grant to help fund the new arena at the fairgrounds, 606 E. Main St. in Malone. The society was notified in November that it had been awarded roughly half of the project’s total $550,000 cost.

“The building was purchased and the contractor was hired to construct the building starting in March of this year,” Gokey said. “A few short months later, the Franklin County Agricultural Society Inc. has one of the largest and most modern indoor arenas in the Northeast.”

The remaining balance on the cost of the arena was secured through Community Bank, N.A. with the hope that the building will be paid for by having successful fairs in the future in conjunction with raising funds through horse shows, the society said.

“Several other ideas have been suggested as to the use of the building in the off seasons to help raise revenues as well. One of our plans is to fill the building in the winter with cold storage. By obtaining this building, we can now accommodate any size luxury or personal vehicle,” Gokey said.

The society is now accepting reservations for winter storage, which can be arranged by calling 518-483-0720.

There is still ground work to be done before the new arena can be considered a finished product. It may take about two weeks, with a target completion date of June 4.

“After talking with the other directors and town supervisors, we are going to have an official opening soon. Please don’t think this is the finished product. The structure is done, but there is still ground work like leveling and clearing to be done,” said Greg Patterson, agricultural society president. “We tried to keep all this in Franklin County as far as work. We went to local contractors to put the building up and, with how expensive the building is, we tried to keep everything local and keep the money in the county. We are very fortunate to find (general contractor) Akwesasne Mohawk Equipment because we couldn’t find anybody and we looked everywhere.”