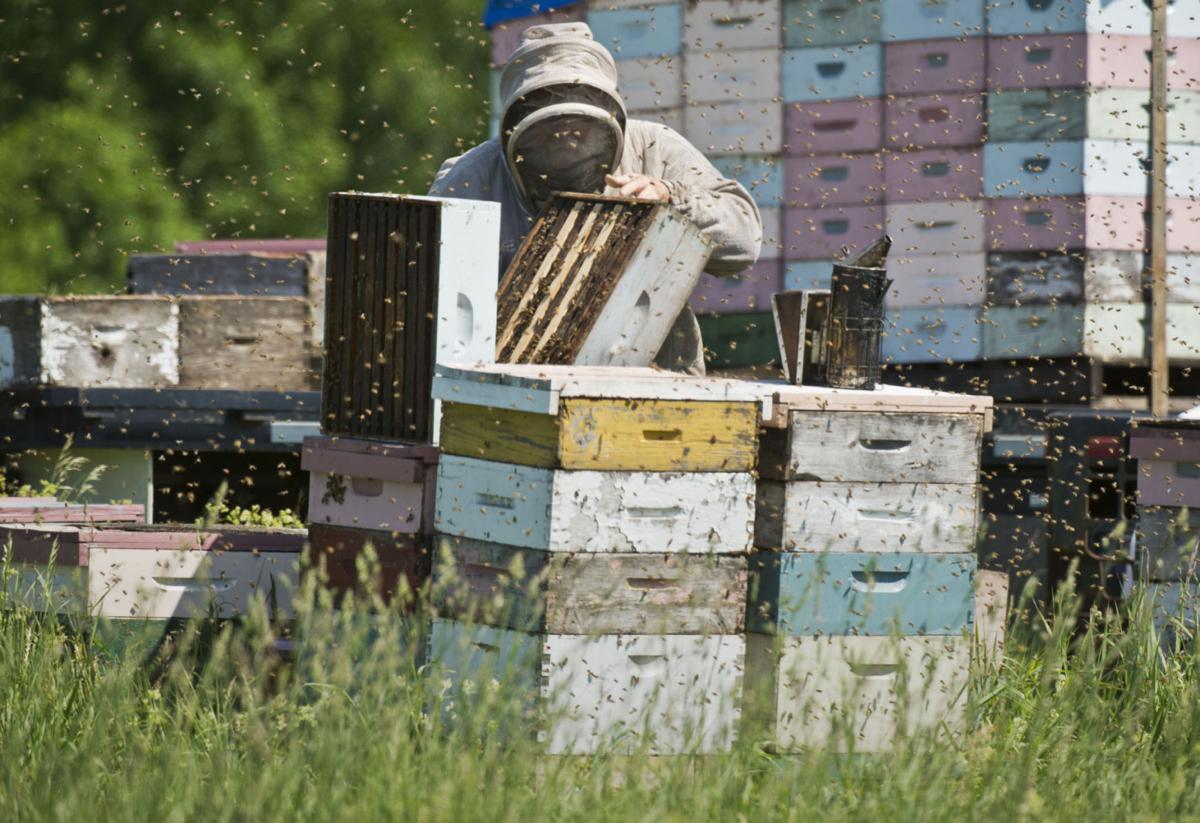 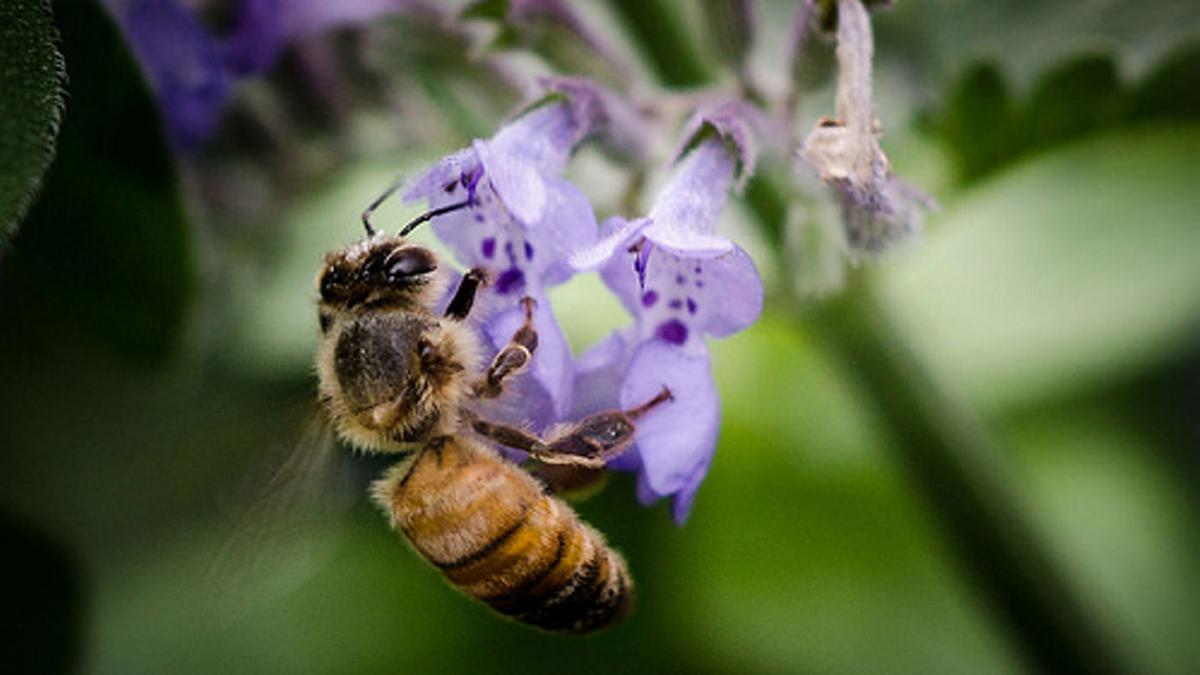 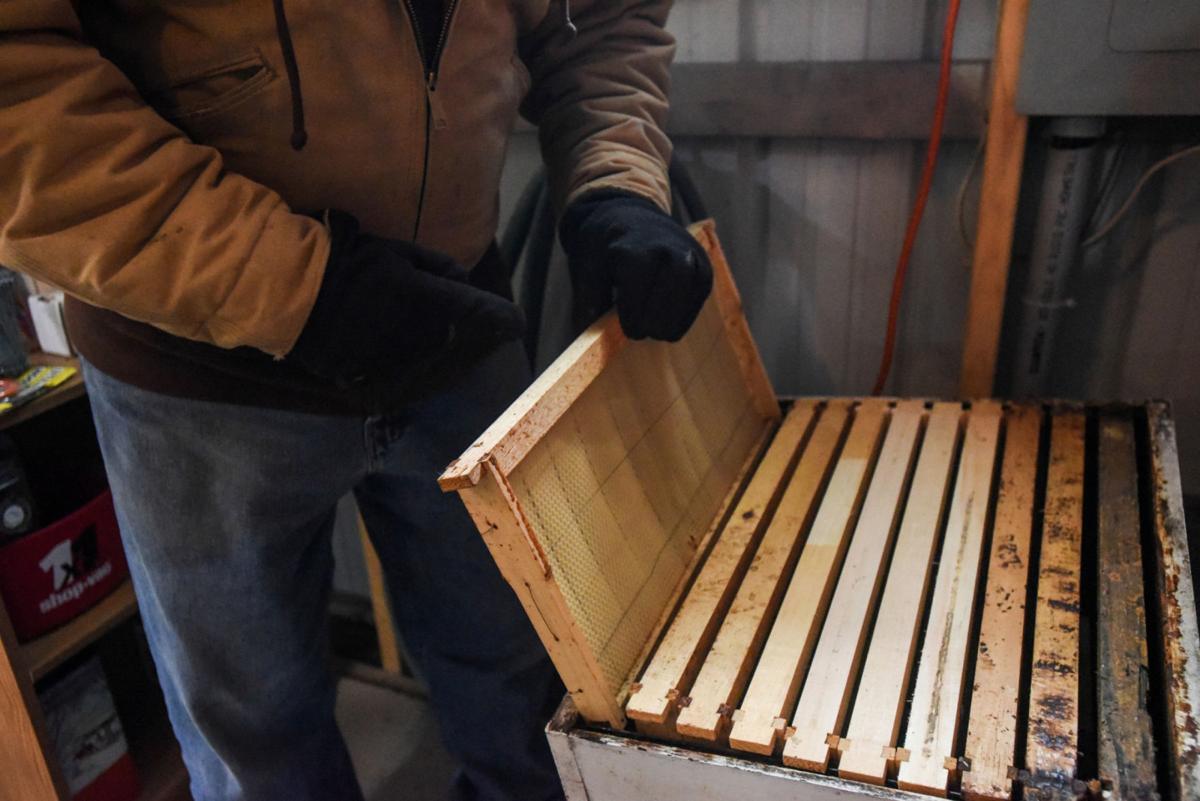 Steven Rogers shows the inside of a bee hive in Adams. Watertown Daily Times 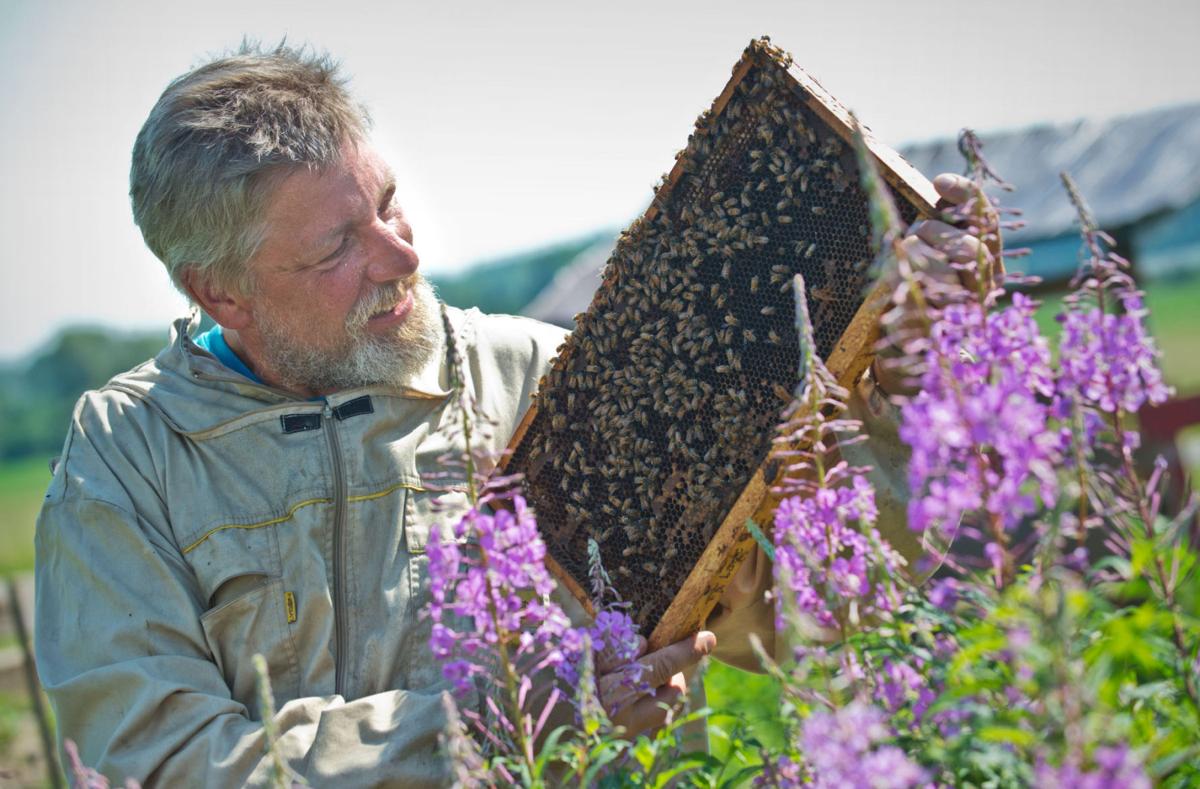 Standing in a patch of Spiderwort, Bill Broome examines a honeycomb of bees at his apiary in Madrid. Christopher Lenney/Watertown Daily Times

Steven Rogers shows the inside of a bee hive in Adams. Watertown Daily Times

Standing in a patch of Spiderwort, Bill Broome examines a honeycomb of bees at his apiary in Madrid. Christopher Lenney/Watertown Daily Times

Not so sweet, according to U.S. Sen. Charles Schumer.

The “under-the-radar” decision “could have devastating effects on our farmers and our North Country economy altogether,” he said.

In an Agricultural Statistics Board notice issued July 1, NASS announced that it would not collect quarterly data in July for its annual “Honey Bee Colonies report.”

“Before deciding to suspend data collection, NASS reviewed its estimating programs against mission and user-based criteria as well as the amount of time remaining in the fiscal year to meet its budget and program requirements while maintaining the strongest data in service to U.S. agriculture,” the notice reads.

“The decision to suspend data collection was not made lightly but was necessary given available fiscal and program resources.”

NASS released its “Honey Bee Colonies report” as planned on Aug. 1, without the data.

On July 6, CNN reported that “the USDA survey is one of two national surveys that track honey bee loss and the only one overseen by the federal government.”

The USDA survey is considered the more accurate of the two, due to its access to the list of all the United States’ registered beekeepers.

“Without our honey bees, there would be no apple crop because they pollinate.”

“Not only do our orchards provide nutritious food for our communities, but they’re also a main economic driver for the region.”

In addition to apples, she added that New York State is a leading producer of such crops as cherries, pears, pumpkins, beans and strawberries, which rely on or benefit from pollination.

Schumer cited a statistic that $1.2 billion worth of New York State’s crops depend on bees, which probably translates to hundreds of millions of dollars for the north country.

Locally, we have a honey industry and farm-to-table restaurants such as Anthony’s Restaurant & Bistro and Livingoods Restaurant & Brewery who depend on New York crops, he added.

Trombly said honey bees provide 50 percent of the state’s pollinator services, yet New York continues to see honey bee losses due to a multitude of factors.

“We have half the number of bee colonies we used to. It is a great mystery as to why.”

According to the “Honey Bee Colonies report,” New York State lost 14,700 bee colonies in 2018, and an additional 3,400 colonies in the first three months of this year.

The report breaks down what percentages of colonies in each state encounter health stressors such as Varroa mites, diseases and pesticides.

Without the bees, Schumer said, “our agriculture industry would come to a standstill.”

“In Clinton, Essex and Franklin county alone, $267 million in agriculture products were sold in 2017 and the vast majority of them depend on our bees,” he said.

Three years ago, he lost more than 90 percent of his hives, and had to build back from just five remaining hives.

Donning a yellow shirt which read, “Save the Bees,” Crawford explained that he encounters issues with longer winters and local homeowners’ use of pesticides when dandelions start to bloom.

“Our biggest losses are in the wintertime because of the winter lasting too long.”

Unlike farmers, homeowners do not need to take classes, get a license or abide by particular rules and regulations in order to use pesticides, he said.

“In most cases, they spray them on the blooming flower, which is against the label, and that’s when we see handfuls of dead bees in front of our hives — one or two days after dandelions start to bloom.”

We need the Honey Bee Colonies survey to tell us two things: where the bees are dying out and why, Schumer said.

He added that no one knows why funding for the data collection was cut, but posed three possible answers.

For one, those who cut the budget may not have realized exactly what they were doing away with.

Second, Schumer said hard liners in the USDA do not want to admit that global warming exists amid speculation that climate changes are affecting the bees.

Lastly, “it could be that the pesticide industry or the company that makes these pesticides has gotten to the USDA,” the worst possibility, he argued.

“It’s not that much money, it’s approximately $10 to $12 million. The benefit is far exceeding the cost.”

Schumer said he and his colleagues in Congress will be working on the upcoming budget — which concludes on Sept. 30 — after Labor Day.

“I’m going to do everything I can to restore that funding.”