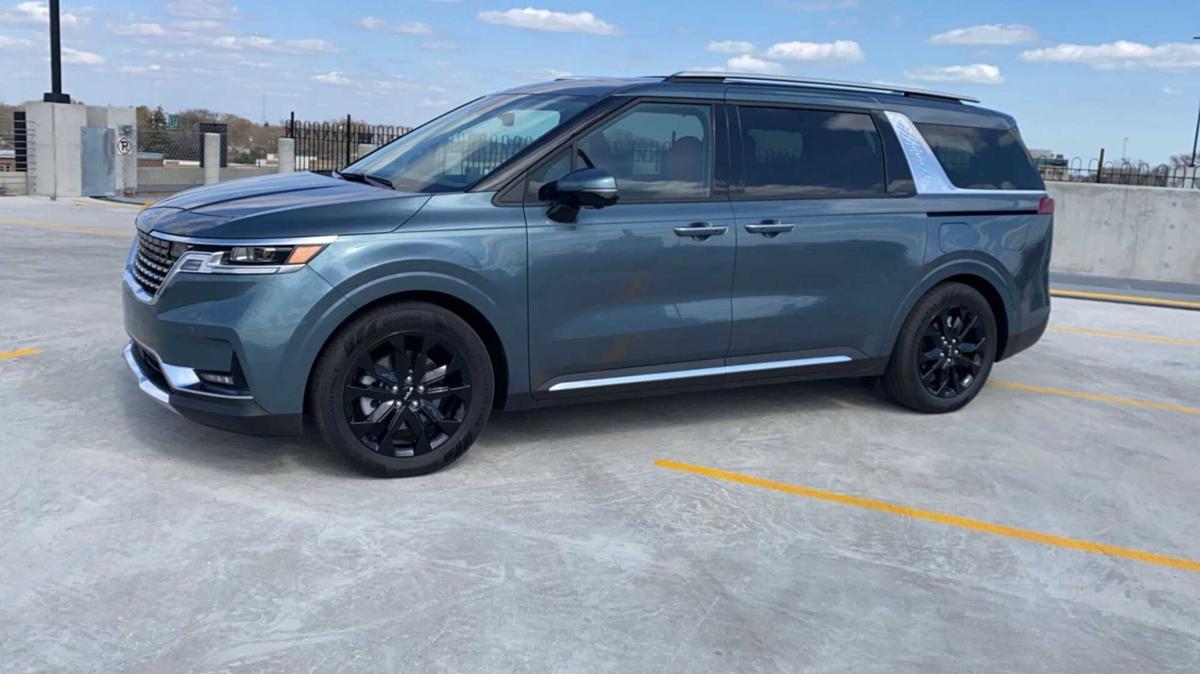 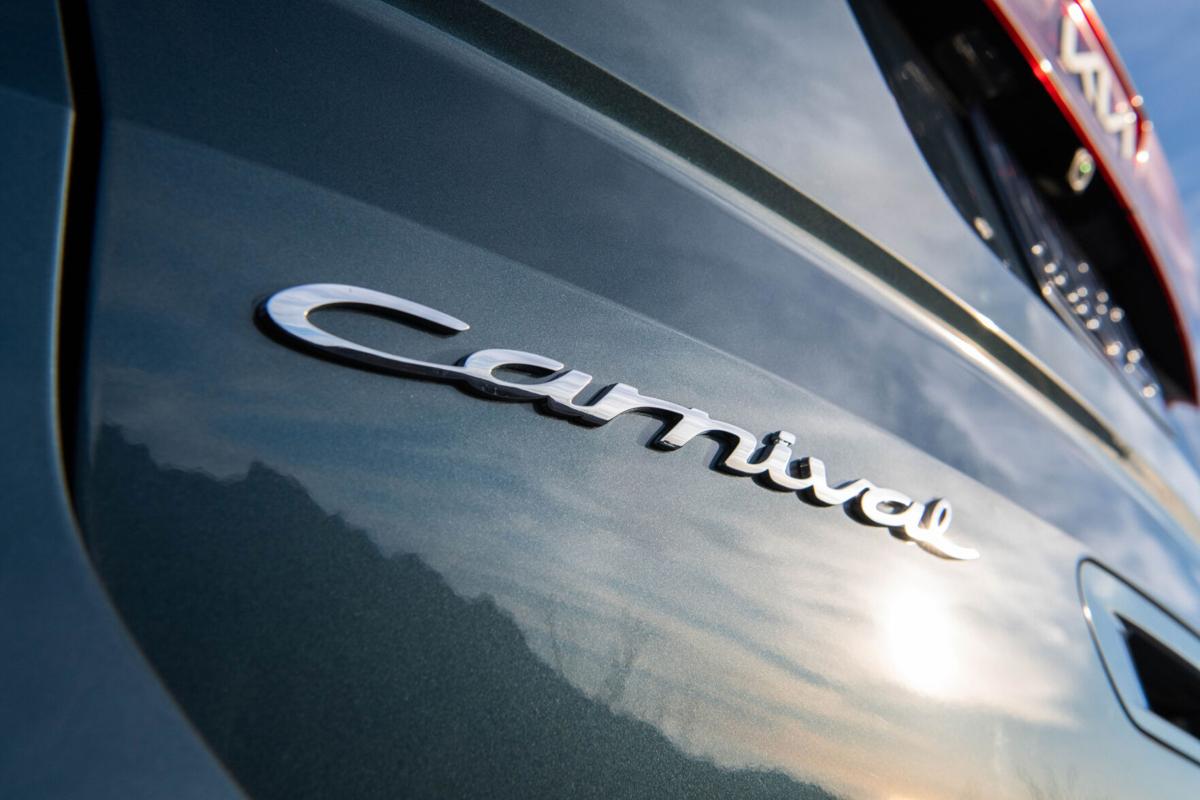 The engine is mated to an eight-speed automatic transmission. The Carnival’s powertrain provides up to 3,500 pounds of towing capacity, Kia said. Kia/TNS

The engine is mated to an eight-speed automatic transmission. The Carnival’s powertrain provides up to 3,500 pounds of towing capacity, Kia said. Kia/TNS

That may sound like a question for their therapists, but automakers ask it all the time.

Kia is the latest to answer it, with a resounding “Sorta.”

Car companies want to know not because they’re caring friends, concerned with drivers’ emotional welfare, but because there are two conflicting narratives about minivan owners:

1. They revel in their role as parents, and minivans’ unrivaled practicality for carrying kids, sports gear and the odd labradoodle. Their minivan is a badge of honor.

2. Like a supporting character in “Wandavision,” they’re trapped in a cliche of suburban sameness. They long for the Technicolor days when their vehicle announced the arrival of an exciting character seeking adventure, not pickup time at the Montessori.

Like most existential questions, the answer is probably a bit of both, but it’s hard to send nuanced messages with sheet metal. As a result, automakers ping-pong between extremes. Most minivans are either as overtly child-centric as a BabyBjorn, or festooned with SUV-style hoods and grilles, because in this particular cartoon universe SUVs are recognized as cool, capable vehicles on their way to the Avengers’ clubhouse.

None of that is necessarily — or even likely to be — true, but it’s key to understanding Kia’s dramatically styled, cavernously roomy new minivan, the 2022 Carnival.

The Carnival tries to serve both masters. Its exterior styling screams SUV. The interior is cavernous, though not always accommodating.

Driving the Carnival home was the first time I’ve ever seen a neighbor run into the street for a better look as a new minivan drove past. Score one for Kia’s design team.

The Carnival has a long, pronounced hood and upright grille, common signifiers for SUVs. A long, level roofline, squared-off tail and front-angled C-pillar enhance the image.

The Carnival looks more like a Ford Explorer than Chrysler Pacifica, Honda Odyssey or Toyota Sienna, the other minivans on the market.

In fact, the Carnival’s wheelbase is 0.8 inch longer than the gargantuan Chevrolet Tahoe. Kia maintains a shred of modesty by keeping its minivan 7.7 inches shorter than the big Chevy.

Who took the mini out of minivan? At a time when Ford’s about to reintroduce another extinct species — the compact pickup — when will some automaker reconsider making legitimately small passenger van?

Despite those dimensions, the Carnival is relatively easy to maneuver in the grocery store and playground lots that are its native environment. Sliding doors enable quick exits when the goalie’s running late for soccer practice.

The interior of my Carnival SX Prestige was trimmed in attractive two-tone faux leather and dimpled aluminum-look brightwork. It looked terrific and promised to be long-lasting and easy to clean. The optional Bose audio delivers great sound.

The instrument panel featured an optional high-resolution instrument display and 12.3-inch touch screen. Touch screen response could be quicker, and the use of flat, capacitive climate controls instead of buttons or dials is particularly vexing in a vehicle where you can assume drivers are already battling multiple, kid-borne distractions.

Easy access to all three rows is a minivan’s reason for existing, so I question the feature’s value. Test the VIP seats carefully before choosing that option. Heated and ventilated, with power tilt and recline and other business-class features, they look great on paper, but suffer in the real world. I found the controls slow and balky. The big seats effectively limit third-row entry and exit to young kids, and they’re not removable for maximum cargo space either.

Other packages should offer more of the practical space and easy loading and unloading most minivan owners want.

The VIP seats don’t impede cargo space behind the third row, though. It’s excellent. At 40.2 cubic feet, it tops the other minivans handily.

The standard 3.5L V6 and eight-speed automatic transmission deliver confident acceleration, but with an occasional hint of torque steer. All Carnivals have front-wheel drive.

The EPA rates the loaded Carnival I tested at 19 mpg city, 26 highway and 22 in combined driving. The key combined figure matches the Honda Odyssey, the only other minivan that doesn’t offer a hybrid.

Hybrid versions of the Chrysler Pacifica and Toyota Sienna get much better fuel economy than the Carnival. According to EPA estimates, they’ll save an owner up to $900 a year in fuel, at current prices.

I tested a loaded SX Prestige that stickered at $46,595. All prices exclude destination charges.