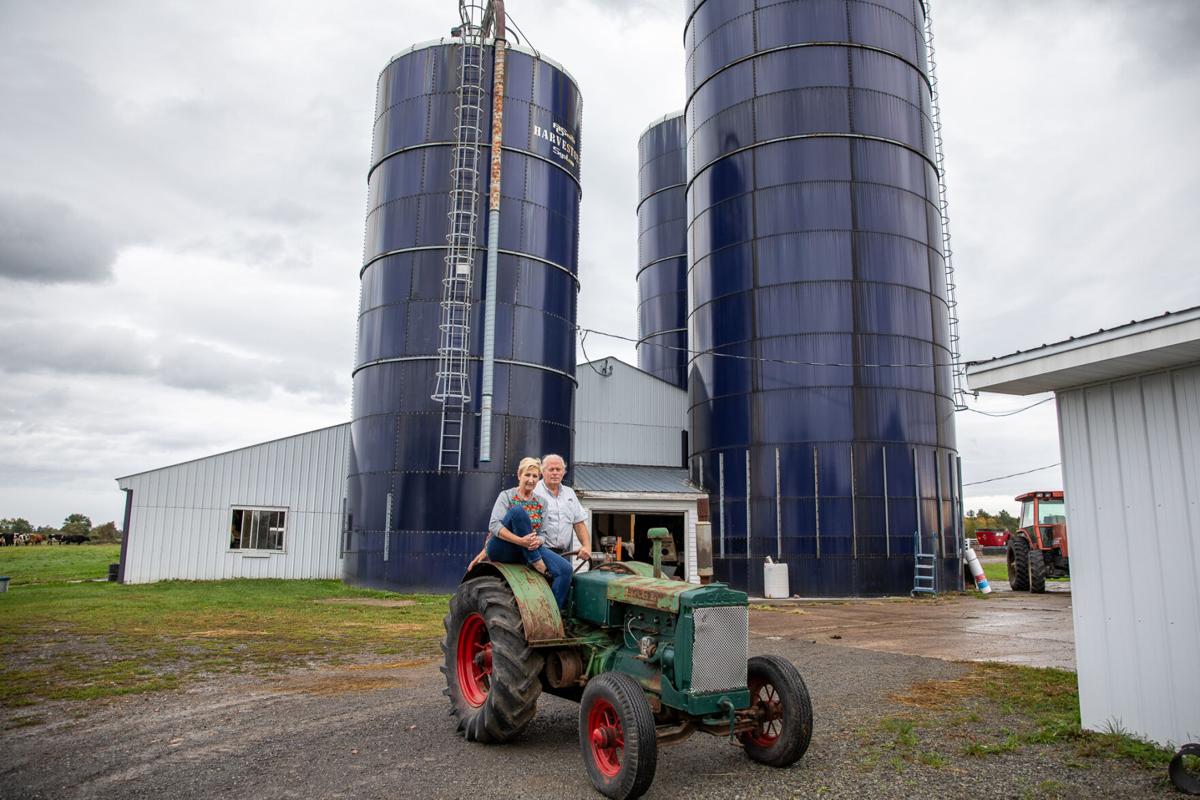 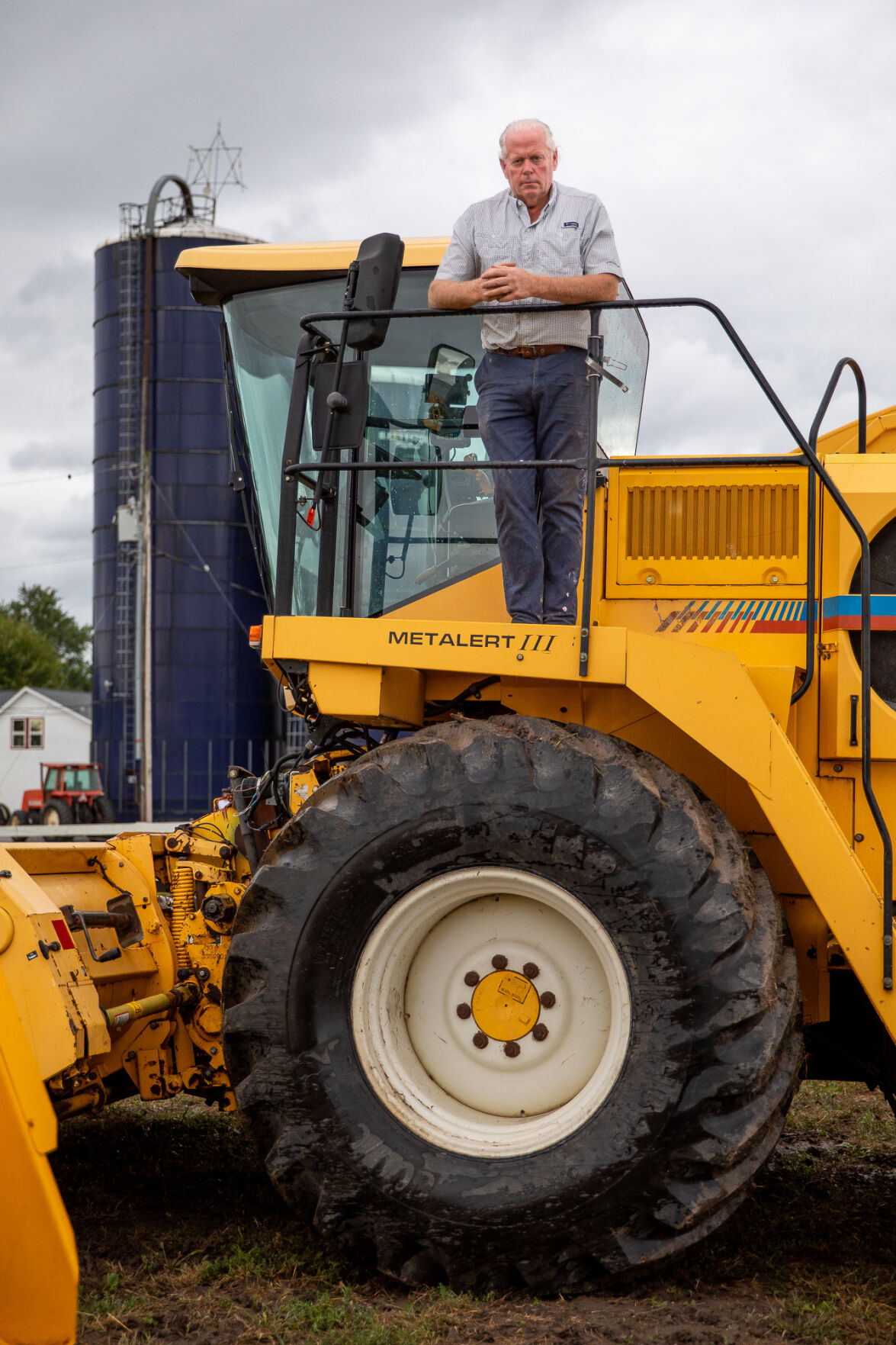 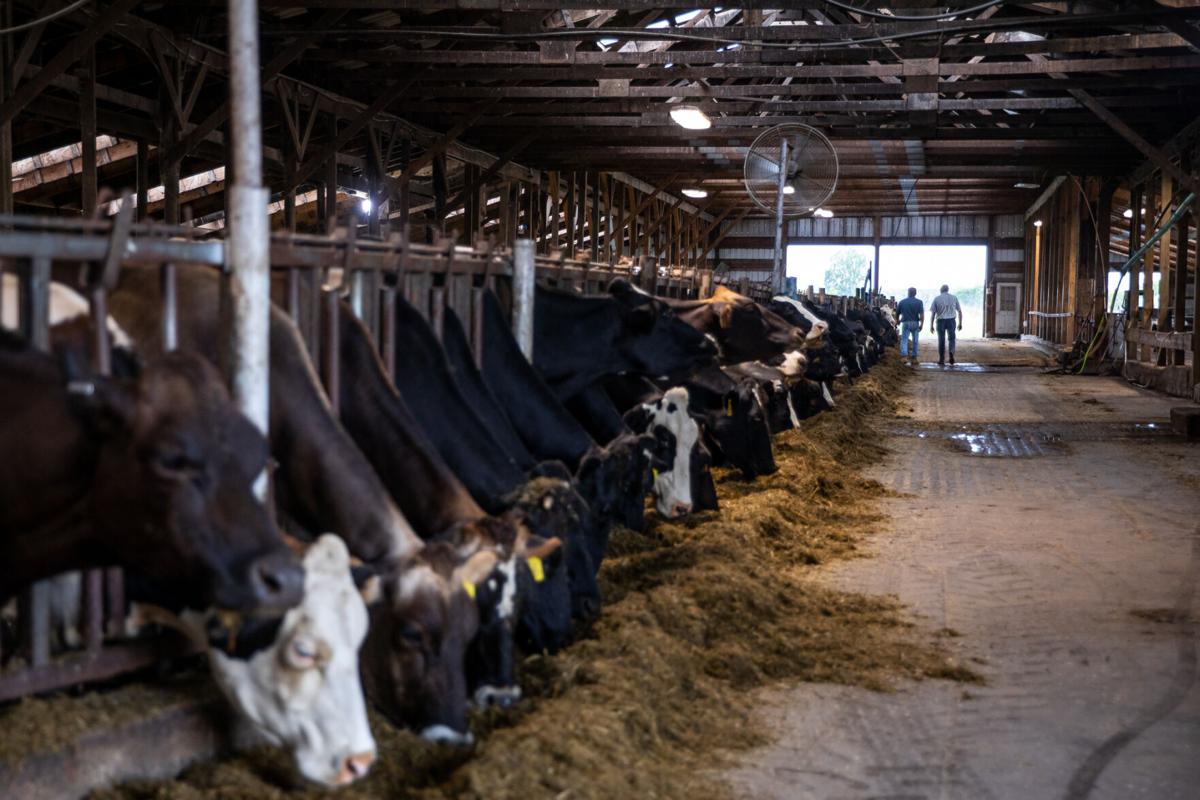 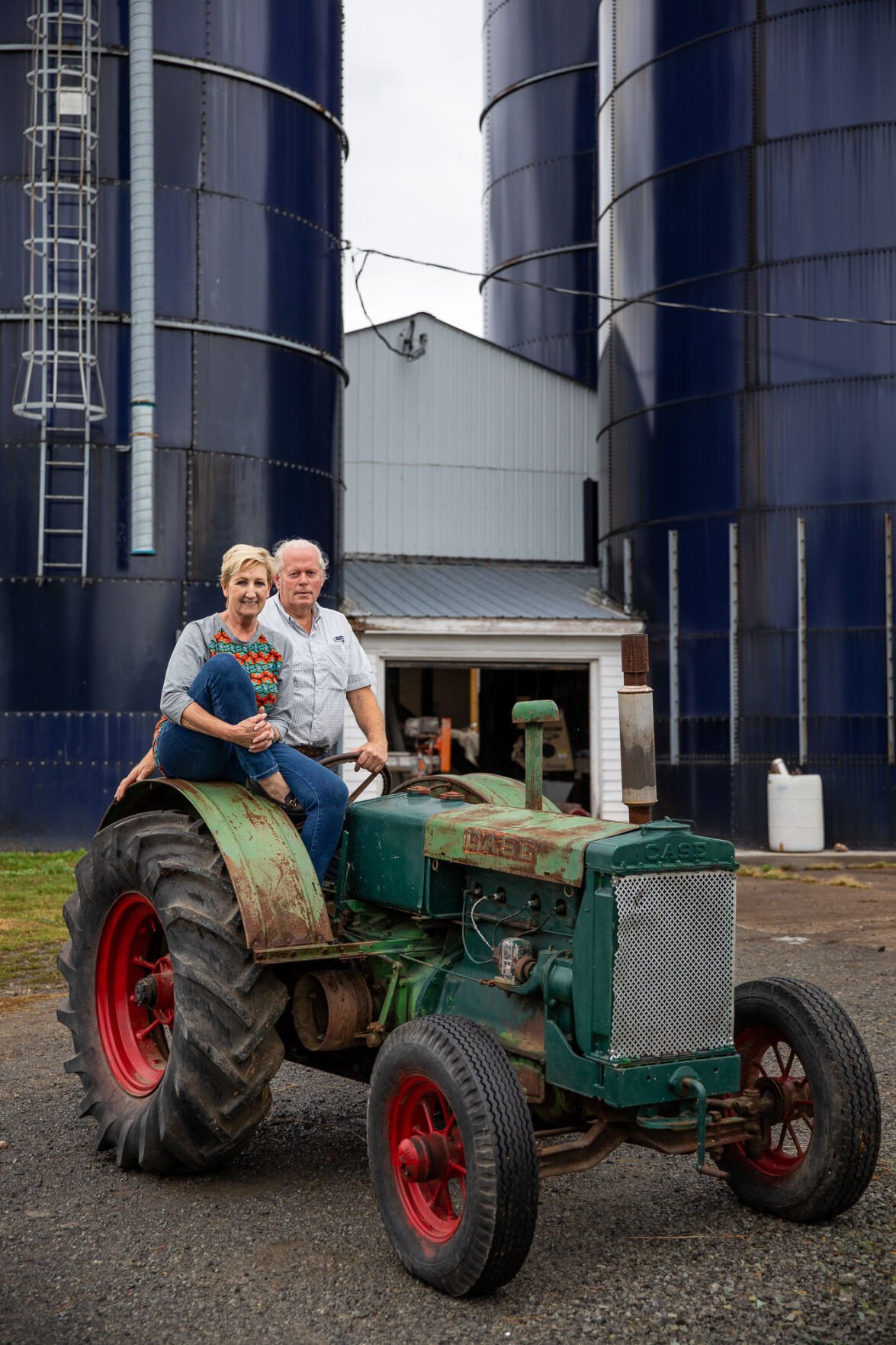 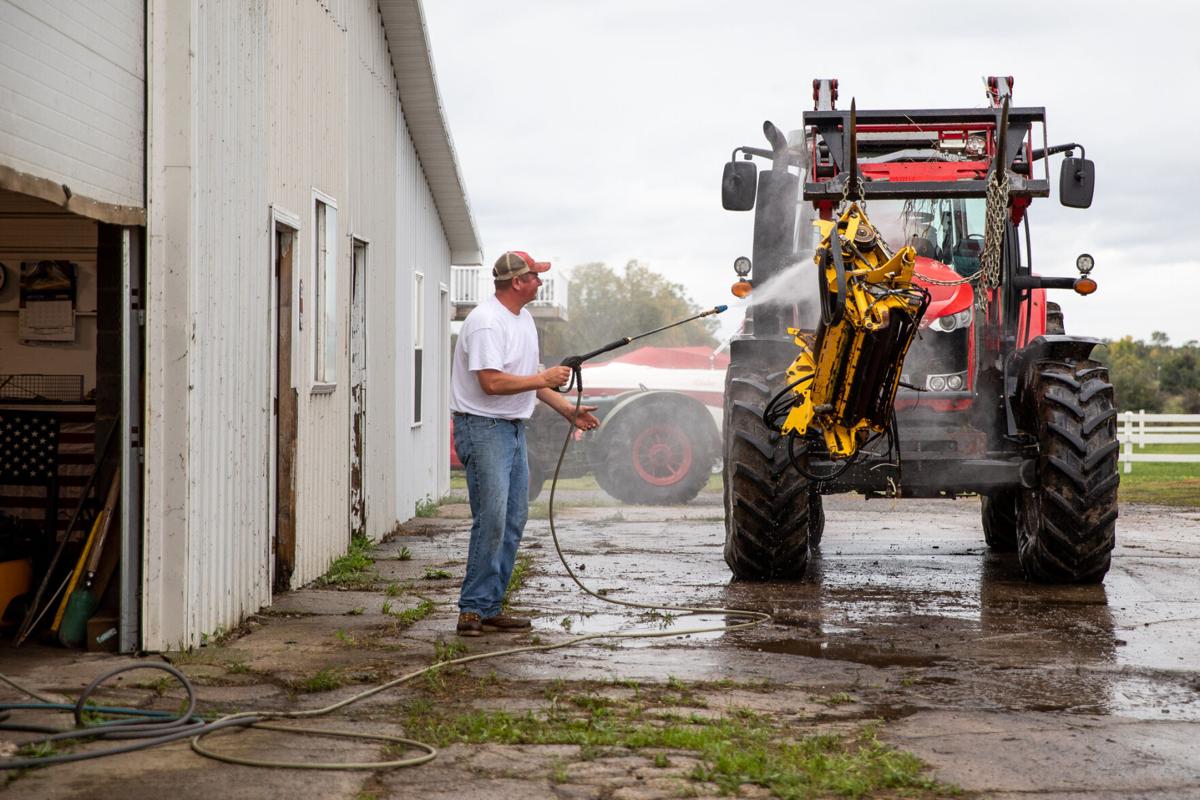 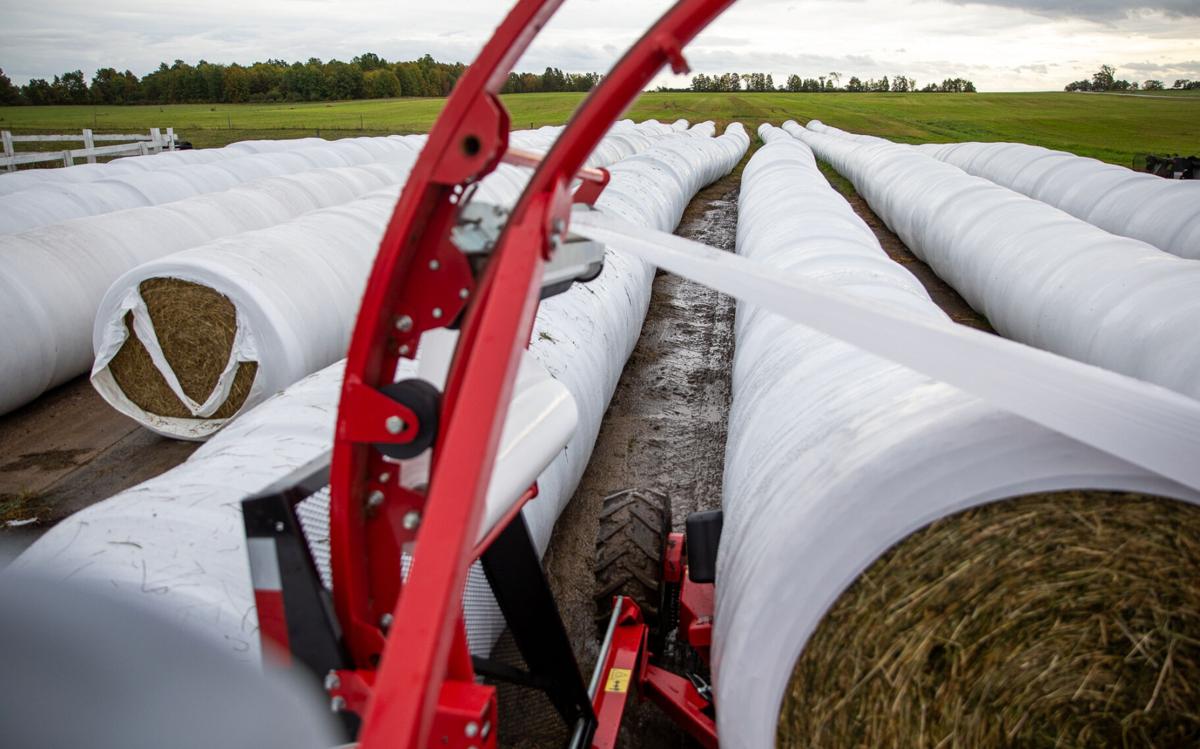 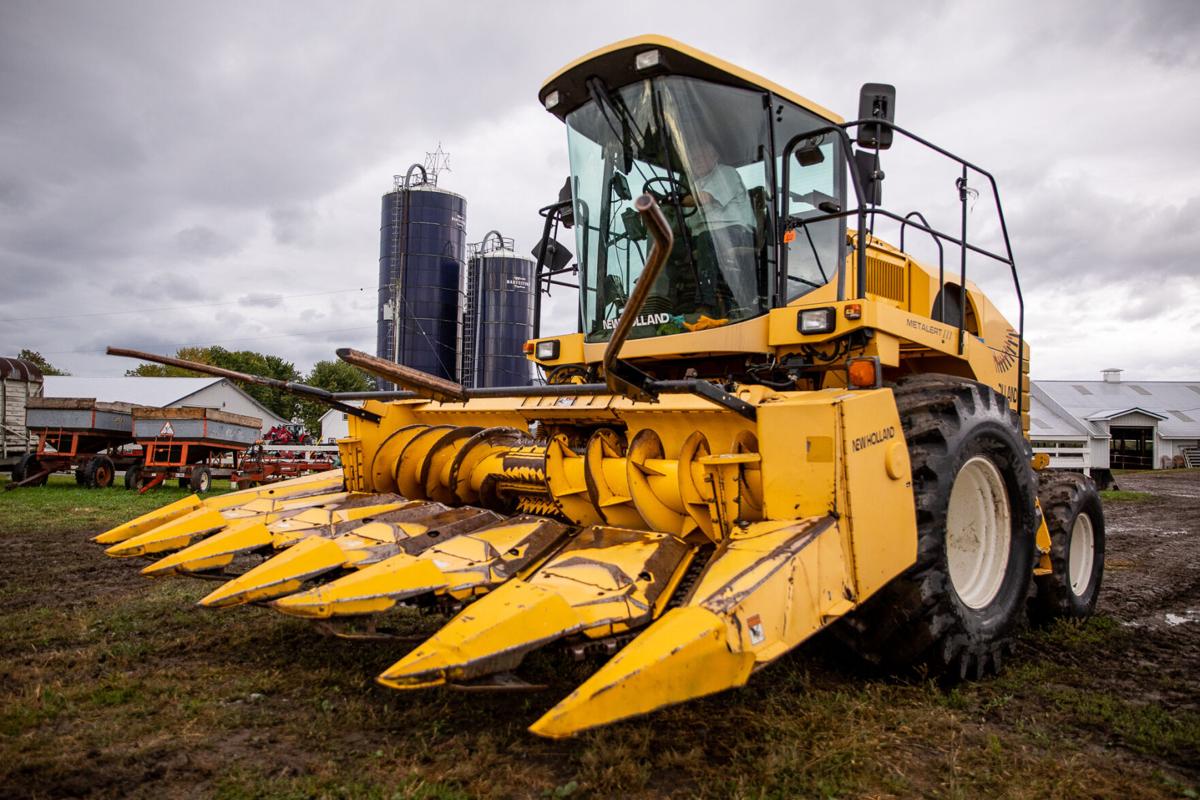 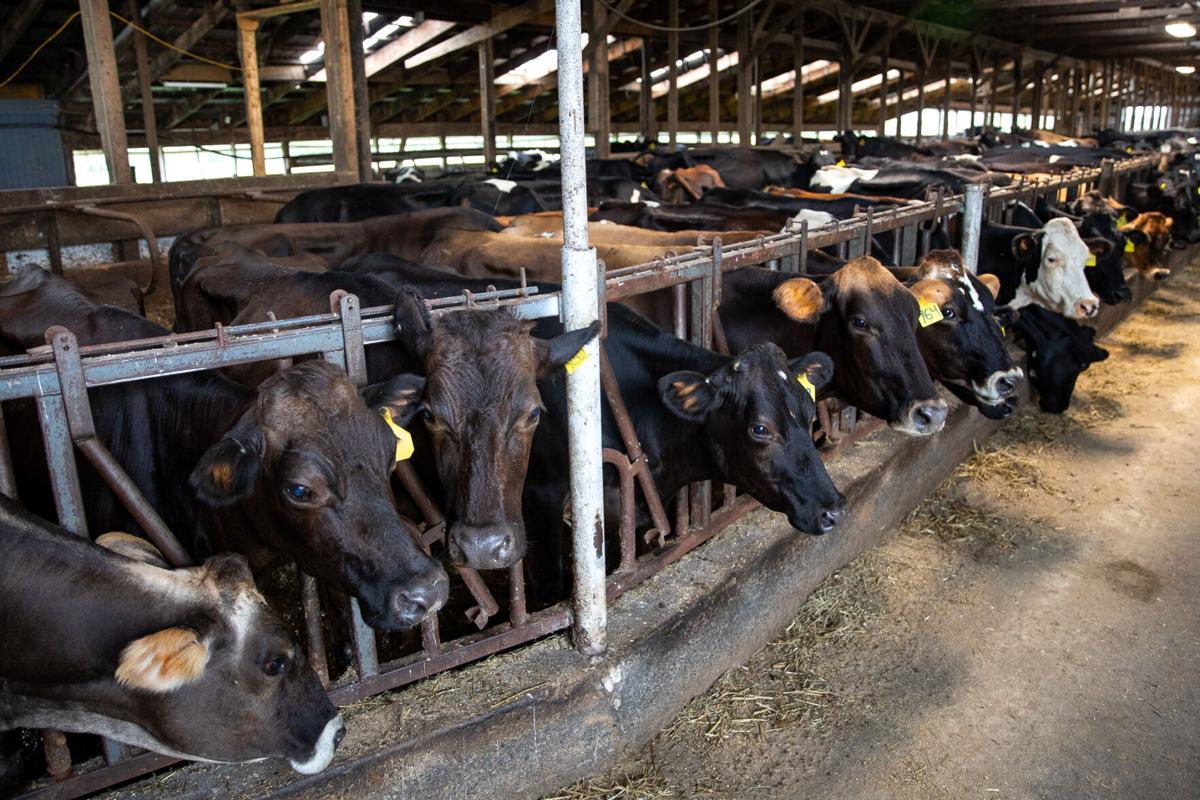 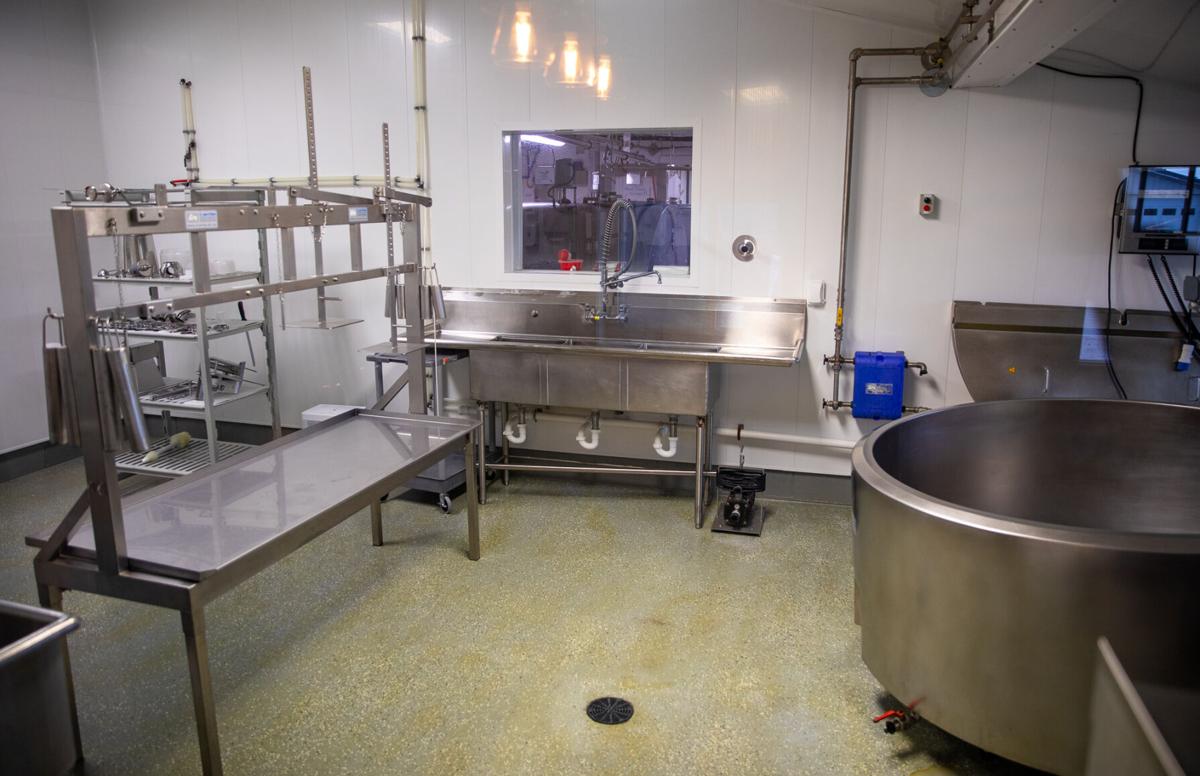 Though not part of the auction, the state-of-the-art cheese production room has been put on hiatus at Homestead Fields Family Farm, 20831 Eiss Road, LaFargeville. Kara Dry/Watertown Daily Times

Though not part of the auction, the state-of-the-art cheese production room has been put on hiatus at Homestead Fields Family Farm, 20831 Eiss Road, LaFargeville. Kara Dry/Watertown Daily Times

LAFARGEVILLE — A few days ago, W. Ed Walldroff, co-owner of Homestead Fields Family Farm, received an “out-of-the-blue” call from an older gentleman who saw a notice of Friday’s auction at the Eiss Road farm.

First, it’s important to know that Mr. Walldroff is not selling the fifth-generation farm itself. He’s selling the dairy operation of the business — its organic-certified “A2-A2” cows and all things involved with milking, feeding and caring for those animals.

But the man’s call, Mr. Walldroff said, provoked some introspection.

“The answer to that is, I could,” he said. “But probably the biggest underlining reason is what I’m going to do, what I’m doing, is there’s no labor force out there. If you had to peel all the layers back as to what’s going on here at this farm, I regrettably say is that my problem I can’t solve and that’s having me make the decision to do what I’m doing, is that I have limited opportunity to replace everybody that’s here, myself included.”

“In the last 15 years, I haven’t been tied to being in the barn at 5 in the morning and in the afternoon,” Mr. Walldroff said. “That’s where I have employees.”

But Mr. Walldroff, 67, said there’s a “bigger issue” for him. This past spring, he had a three-way heart bypass surgery.

“I could have very easily had a fatal heart attack,” he said. “It was kind of a freak of nature that I caught it and they discovered it. But I was an accident waiting to happen. I’m still here, 12 to 14 hours, boots on the ground 12 to 14 hours a day. It takes four men to show up here every day to take care of the animals and harvest the crops.”

A recent development also “greatly influenced” Mr. Walldroff’s decision to leave the dairy business. It occurred in late August when Danone-owned Horizon Organic sent out termination letters to milk suppliers. The non-renewal notice affected 89 producers across the northeast U.S. His farm is not a Danone Horizon supplier.

“There are some in Northern New York,” said Jefferson County Agricultural Coordinator Jay M. Matteson. He added that he understands the move is designed to lessen the company’s carbon footprint. “They’re consolidating their supply chain.”

Horizon Organic has a goal of becoming the first national organic dairy brand to be carbon positive by 2025.

Danone said that 89 producers across the Northeast received a non-renewal notice. The contracts will end on Aug. 31, 2022.

“They’ve procured all of that supply of milk from a few larger farms, closer to their plant,” Mr. Walldroff said. “It demonstrates to me that the organic market has grown to the point where the major players, the corporate side of America, whether it’s the Danones or Krafts, they’ve gotten into the market. Along with it has come the integration of large producers pursuing it.”

“For the past 15 years, that part of the industry didn’t care about organics because there wasn’t a big enough dollar share involved,” he said. “But now, it’s reached a two-, three- or four-billion dollar industry and everybody is trying to get into it.”

Mr. Walldroff will still be harvesting the crops, overseeing 600 acres and taking care of animals. But those animals will be organically raised beef cows, not the approximately 150 dairy cows.

“I’ll probably carry 50 or 60 — whatever I can effectively market in the course of a year,” Mr. Walldroff said. “(For) my net profit at the end of the year, I can show that this farm can net the same profit moving into some organic beef sales opportunities and selling forage/hay crops, and not have all the headaches.”

The change in the business model is not unusual for area farms, Mr. Matteson said.

“It’s a sad event to see that happen here in Jefferson County, but it’s something that happens, and our agricultural industry is changing,” he said. “We’re always going to be a dairy county. We just do it really well and the milk we produce is high quality. But it’s going to consolidate from small family farms into larger family farms. That’s going to happen. But the good news is that we’re seeing people like Ed find other ways to stay in agriculture. We’re seeing some diversification of our agricultural industry up here.”

But the industry, like others, Mr. Matteson said, has to deal with the general nationwide labor shortage that helped to influence Mr. Walldroff’s decision to exit the dairy business.

“It’s always been a very competitive industry as far as the availability of labor in production agriculture,” Mr. Matteson said. “But now, with the nationwide shortage of labor, everything is just getting exacerbated 100-fold. Every part of the agriculture industry is hurting now for workers.”

Mr. Walldroff said he looked into bringing an intern on board to learn the dairy industry.

“Any well-qualified intern wanting to potentially enter the dairy business — there’s about 20 people ahead of me trying to nab them when they come out of college programs or whatever. These large farms are struggling for people with experience and resources and they’re all out there with bonuses and shaking the bushes.”

Mr. Walldroff said there also used to be a labor pool of farmers who left businesses they owned to work for another operation.

“There’s nobody left,” he said. “And they’re all retiring — the ones that did sell and went to work for the big guys. It’s the baby boom generation.”

“We’re seeing a variety of positions that are dealing with this challenge,” Mr. Matteson said. “Everywhere to your entry-level positions on a farm up to mid-and-upper-level management positions. But in particular, at the entry level, it’s really hard to attract people, because you can only afford to pay so much before you start to rob Peter to pay Paul.”

“In the past, I’ve grown all these products,” Mr. Walldroff said. “What I’m doing currently is getting out of the dairy portion of it. The farm is intact. The farm is well-preserved. The farm will be pretty much debt-free.”

One particular bright spot at Homestead Fields will continue to be its hay production.

“One of our huge selling points for Northern New York is our climate — the fact that we have ample moisture and relatively cool temperatures in good agricultural soils,” Mr. Matteson said. “Those three things combine to make us one of the best pasture-based areas across New York state and the nation. We can produce high-quality forages that, in turn, produce high quality agriculture products, whether it’s milk, beef, pork or whatever. It all starts with the soil, the climate and the natural resources.”

Mr. Matteson said that Mr. Walldroff’s hay and forage crop is certified organic, which brings an even higher value to the market.

“His hay product is a very high value product and is sought after across the eastern U.S.,” he said.

Mr. Walldroff said that he harvested 2,000 round bales of hay this year. A farmer from the Binghamton area who was interested in purchasing 600 of those bales called him earlier this month.

A while ago, Mr. Walldroff welcomed a farmer from Georgia to his farm who was interested in purchasing his dairy herd. But the visiting farmer was also impressed with the hay crop at the farm.

“He said, ‘We can’t grow this in Georgia,’” Mr. Waldroff said. “It’s a different growing climate, cool-season grasses. This farm, with its soil types and what I plant for variety, is somewhat of a unique grass/hay growing environment. We’ve got a chance to capitalize on that a little bit.”

Mr. Walldroff said that a few years ago, he had some extra hay and sold it to someone near High Point, N.C.

“The woman had a small Jersey farm and was bottling her own milk,” he said. “She specifically wanted that kind of hay and was delighted with it. But in the past few years, I haven’t had any extra to sell.”

Friday's auction at the Walldroff farm, 20831 Eiss Road, commissioned by Northern New York Dairy Sales LLC, begins at 11 a.m. Mr. Walldroff anticipates there will be a crowd of at least 500 people. Half of them will be spectators, he predicted, largely because of the family name and his acquaintances.

It also goes back to the culture of a farm auction, he said.

“An auction was kind of like a funeral a generation ago,” he said. “If your neighbor was having an auction, you rescheduled things around it. It gives you a chance to see your neighbors and catch up a little bit.”

Others may be there for a lunch opportunity. The family will have a concession stand, featuring burgers — organic, of course.