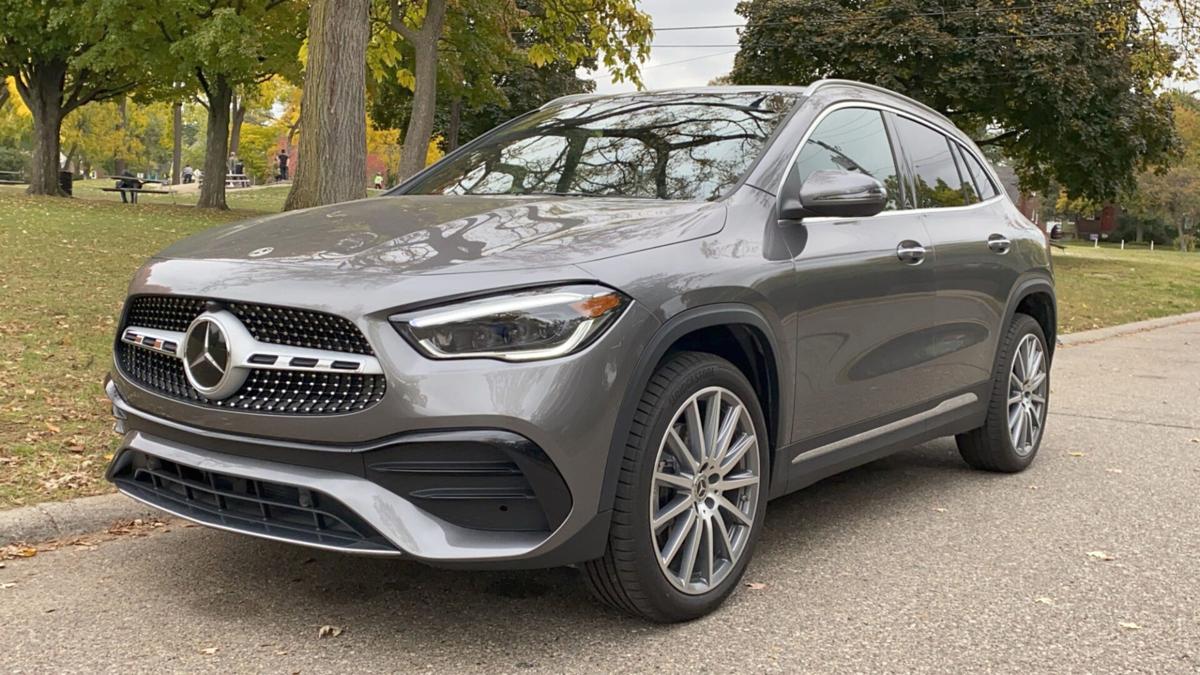 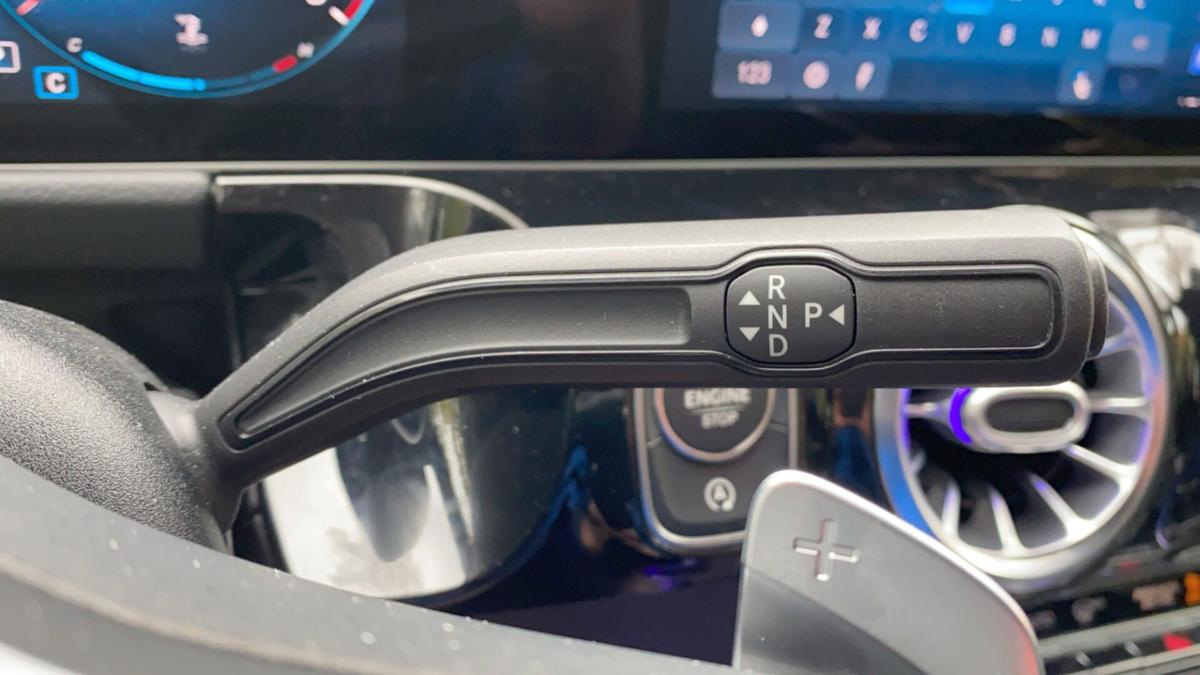 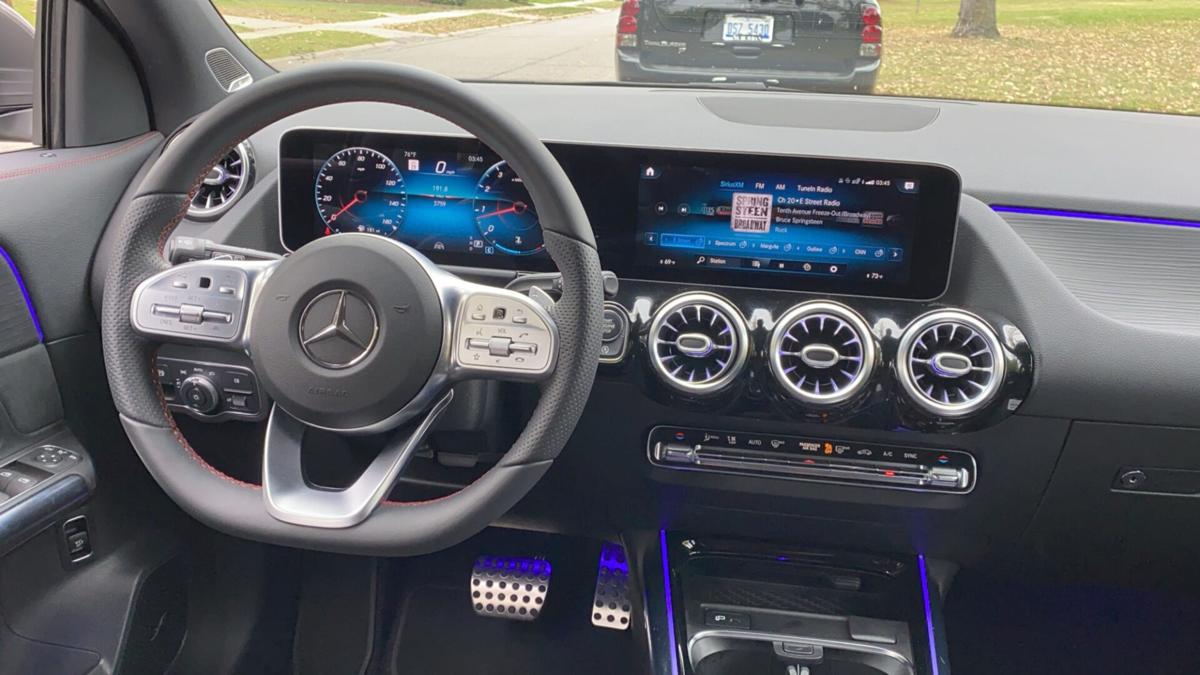 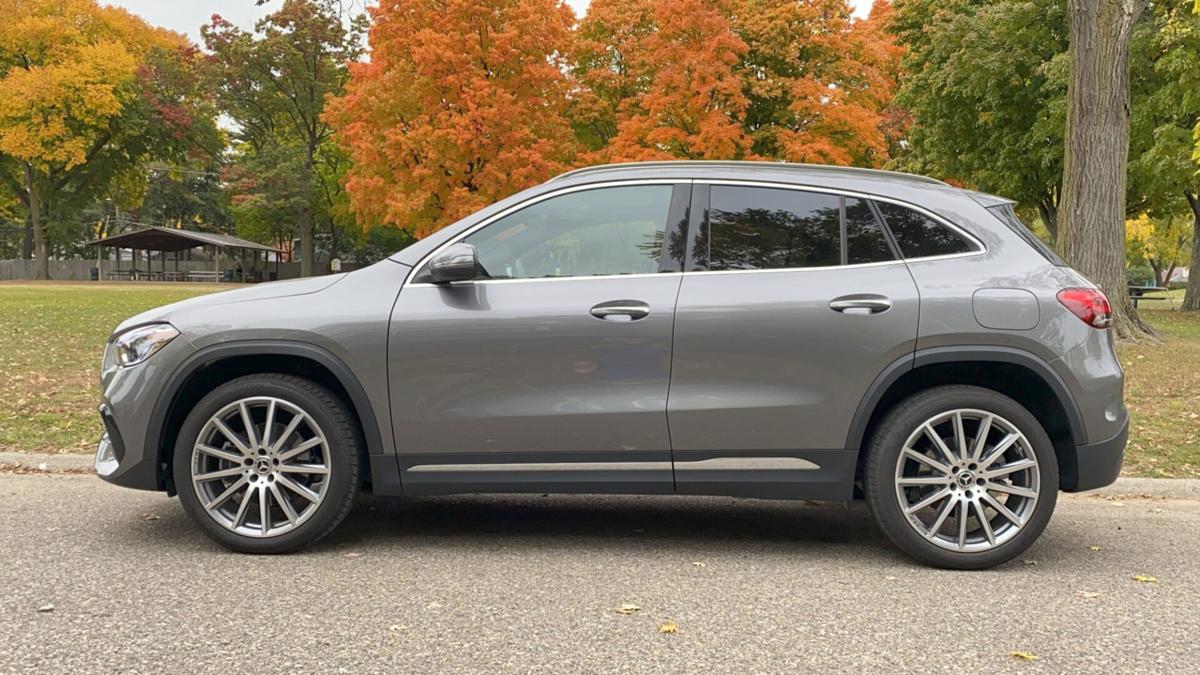 There may be no vehicle more perfectly poised at the intersection of Mercedes-Benz’s past and future than the 2021 GLA250 4Matic small SUV.

Mercedes’ future lies in electric and self-driving vehicles though. That may spell the GLA’s doom. Powered by the company’s latest four-cylinder engine, it’s likely one of the last gasps of all-new internal combustion technology from a brand and industry shifting to electricity.

As part of that shift, Mercedes is de-emphasizing low price/low profit programs like the one that spawned the GLA, A-class sedan and slightly larger GLB SUV. The demands of developing new electric and self-driving vehicles may land the baby Benzes on history’s scrap heap.

That makes corporate sense and commercial sense. Mercedes needs to invest where it’ll make more money than small vehicles that overlap with mainstream brands. The second-gen 2021 GLA, while far better than its predecessor, has inherent challenges competing with mass-market small SUVs that deliver comparable features and performance for $10K-15K less.

The ‘21 GLA is roomier and taller than its predecessor, which looked and felt a lot like a compact car. Despite losing 0.3 inch of length, the new SUV’s wheelbase is 1.1 inches longer and its roof 3.4 inches higher. Those key dimensions improve passenger space and give the GLA a more SUV-like presence.

Compared to the previous GLA, the new model also has 13 more horsepower and an additional gear, changes that improve performance. Zero to 60 mph time falls a half second to 6.6. The new dual-clutch gearbox is smooth and quick, satisfying both in automatic mode and with its paddle shifters.

The steering is quick and responsive, with a good on-center feel. The whole chassis feels solid and tight, a chip off the block of Mercedes’s bank-vault large vehicles.

The engine’s power is typical of mainstream 2.0L four-cylinder turbos, but it revs quickly. The transmission’s extra gear makes up for the new engine’s slightly narrower torque band, keeping the revs where they do the most good for acceleration around town and on the highway.

The GLA’s suspension holds the little SUV flat and stable in quick maneuvers. Bump absorption is good, though road noise was quite noticeable.

The passenger compartment is roomy, particularly the rear head and leg room, which were cramped in the first-gen GLA. Cargo space is 15.4 cubic feet behind the rear seat and 50.5 with it folded flat, typical figures for subcompact SUVs.

Black exposed grain wood trim, real aluminum and soft materials please the eye and hand. Mercedes’s MB-Tex synthetic upholstery looks and feels good, a triumph of engineering, though one might be forgiven for thinking the upgrade in a Mercedes should be leather.

The new MBUX controls — Mercedes-Benz User Experience, a system some people insist on calling “M Bucks,” which annoys me for reasons I can’t place — include a large touch screen for easy controls of most systems. Its always-listening spoken controls did a fine job with addresses and other common commands, but had a problem with false positives, interrupting conversations when it hadn’t been summoned. Similarly, the navigation system’s route-based speed adaptation stepped in when it wasn’t needed, braking unexpectedly in heavy highway traffic for what appeared to be a non-existent construction zone.

GLA prices start at $36,230 for a front-drive model. You’re not likely to see many of those because Daimler AG didn’t end up owning half of Germany by selling a lot of base models, and because the standard drivetrain — 221-hp/258 pound-feet of torque — strongly implies unpleasant torque steer without all-wheel drive. AWD models start a $38,230.

Competitors include the Audi Q3, BMW X2, Cadillac XT5, Jaguar E-Pace, Lexus UX, and Mercedes’ own slightly larger GLB. GLA250 prices are at the high end of its class.

As with most modestly priced Mercedes, GLA options pile up like empties at Oktoberfest. My GLA250 4Matic had $15,235 in extras, all of them useful. It stickered at $53,465.

Options on the GLA250 4Matic that I tested: