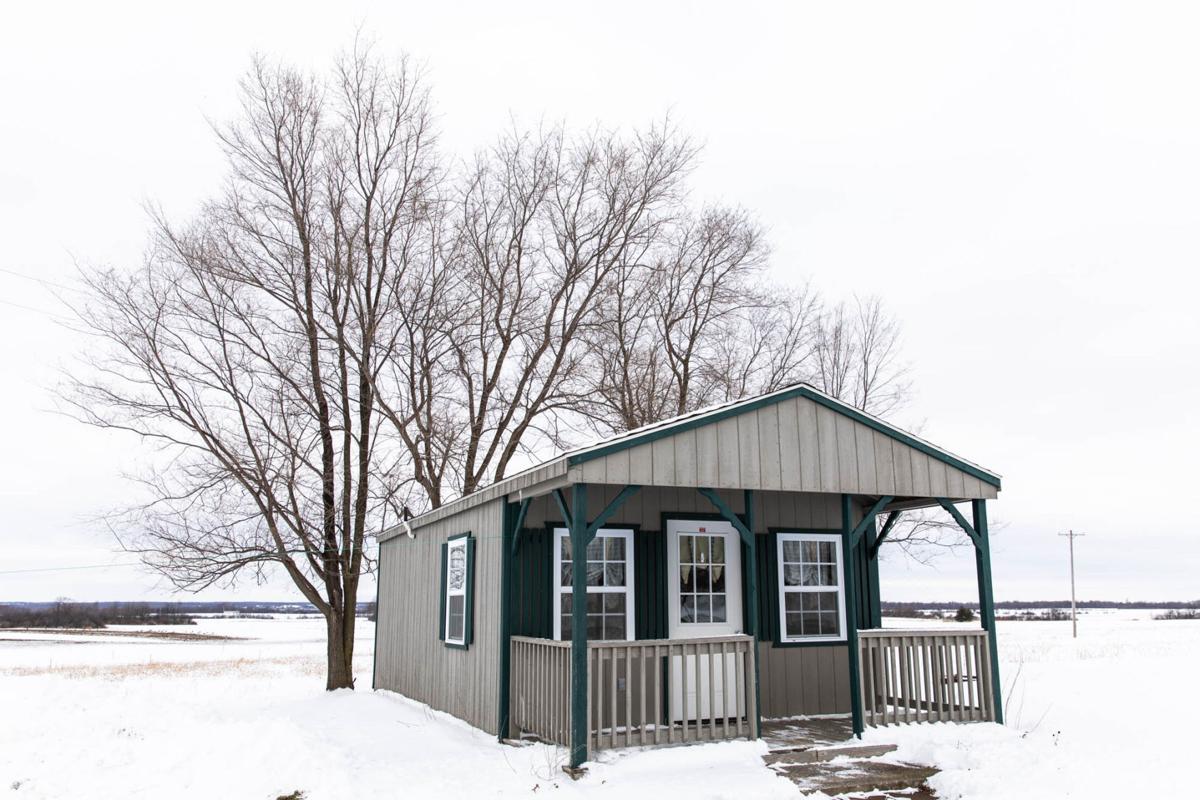 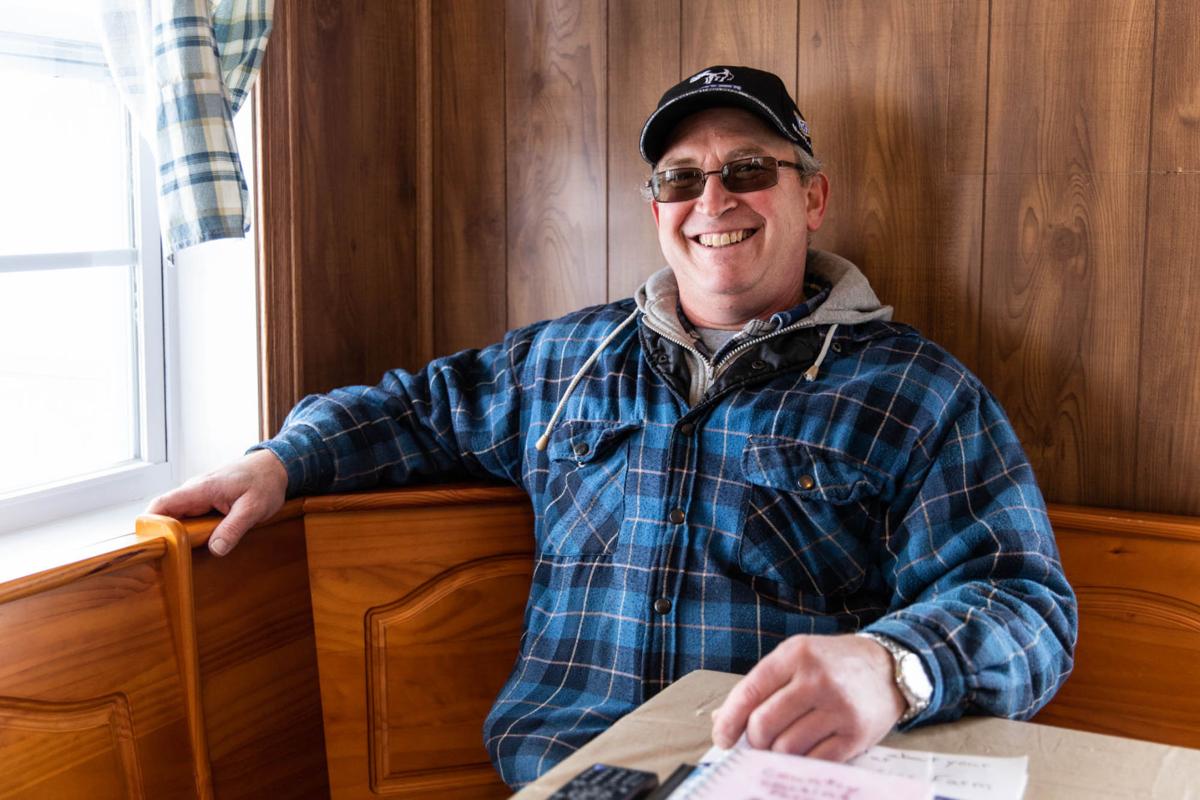 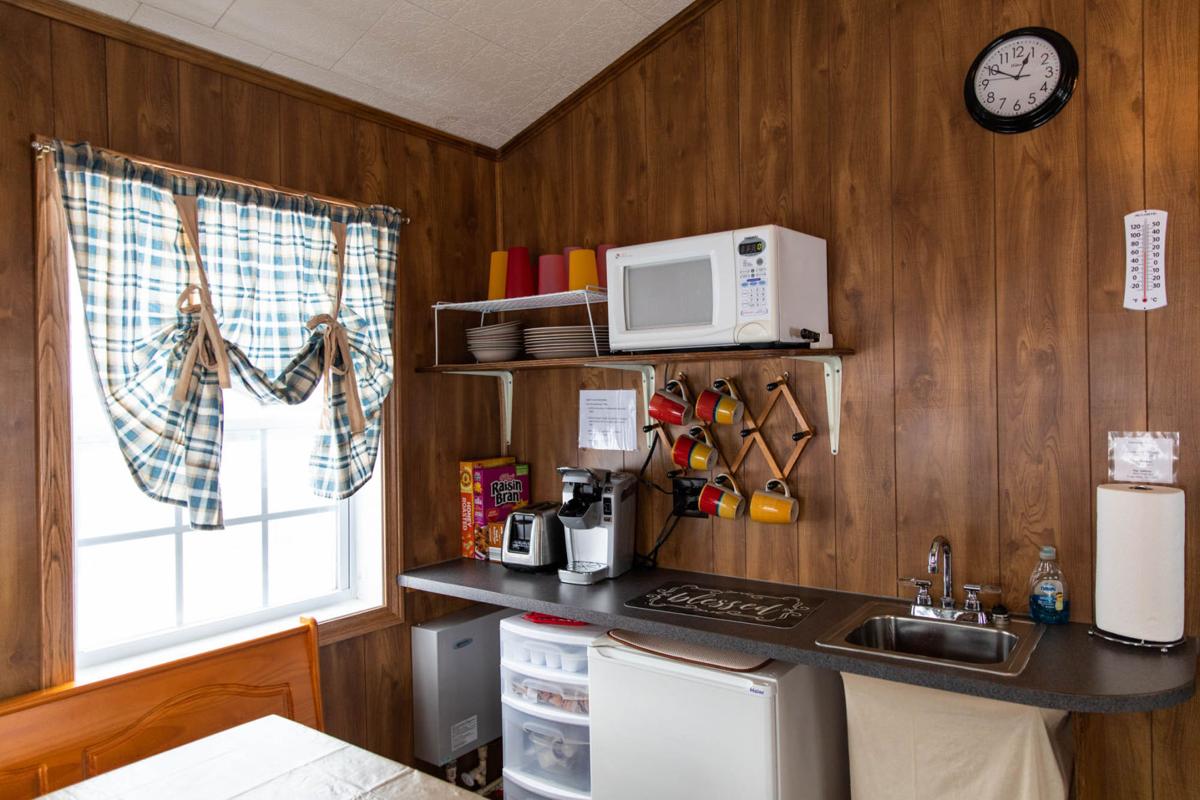 The kitchen inside the Horning’s cabin rental that they advertise using Airbnb. Sydney Schaefer/Watertown Daily Times 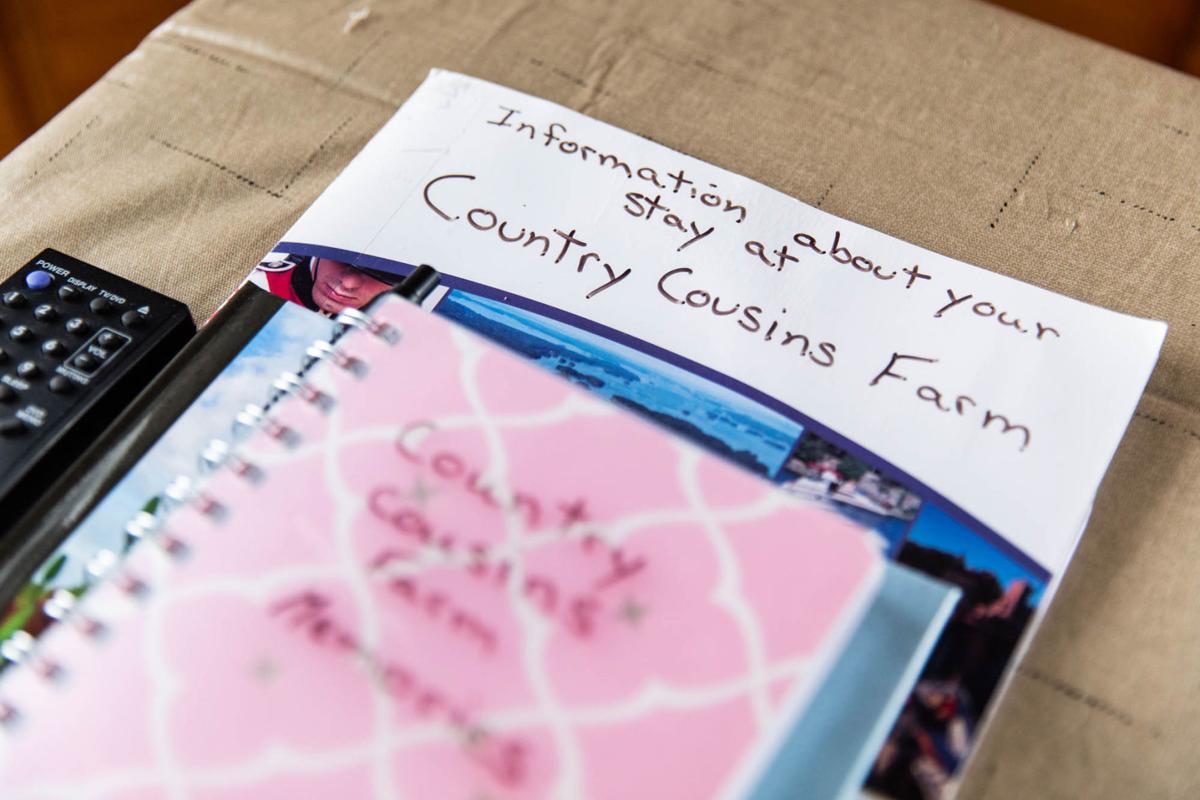 A booklet about Country Cousins Farm sits on a table inside the Horning’s cabin rental that they advertise using Airbnb. The cabin, which is on the farm, is located on Fults Road in Evans Mills. Sydney Schaefer/Watertown Daily Times 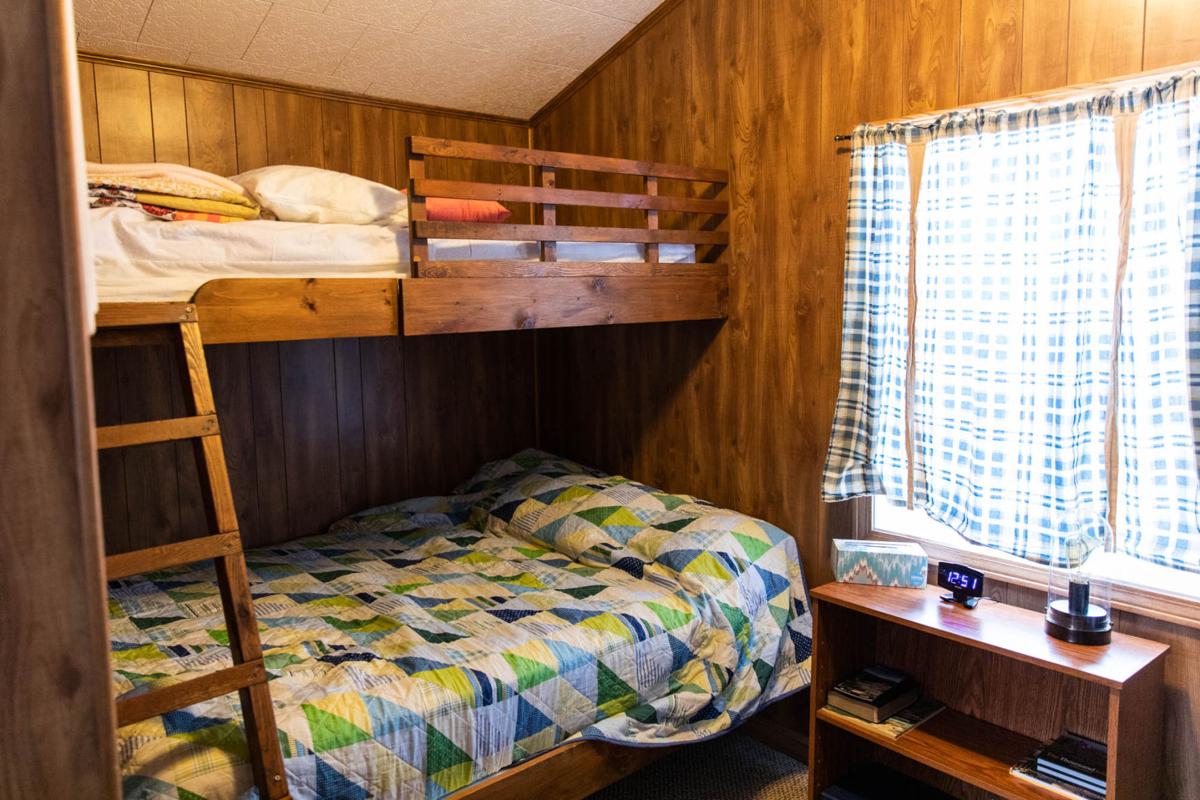 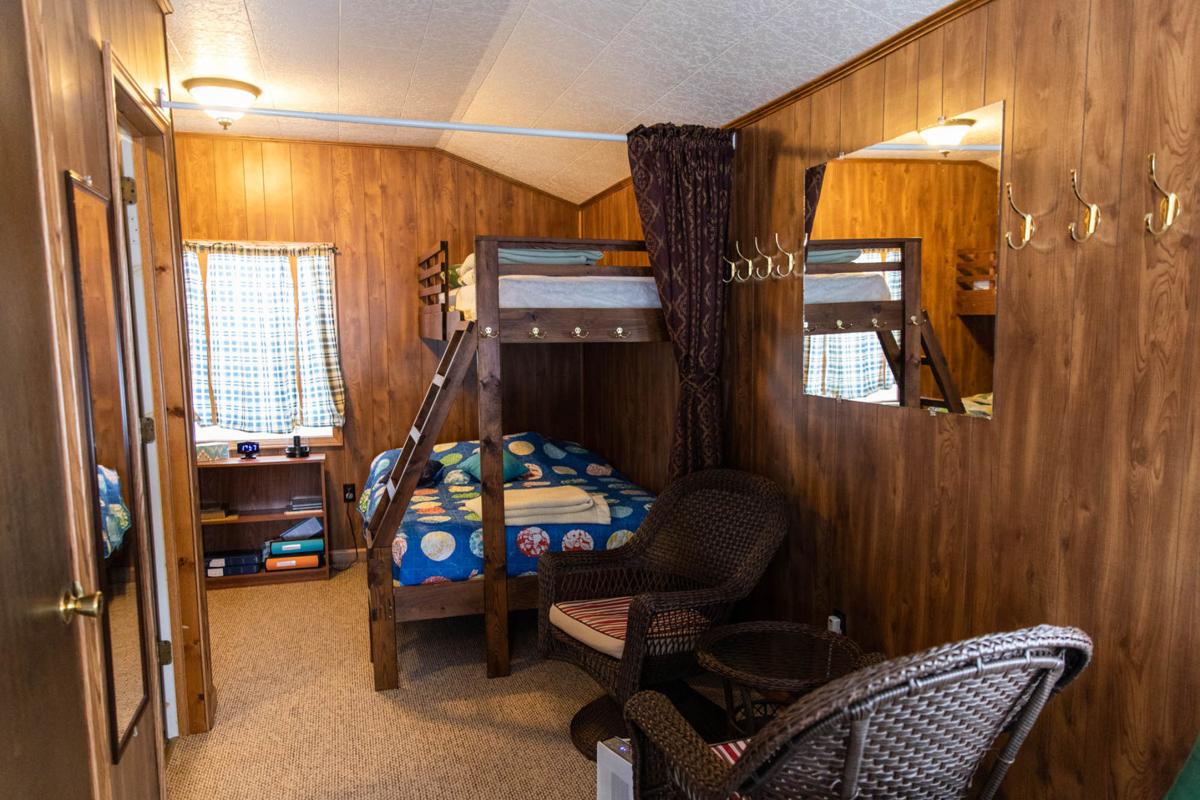 The kitchen inside the Horning’s cabin rental that they advertise using Airbnb. Sydney Schaefer/Watertown Daily Times

A booklet about Country Cousins Farm sits on a table inside the Horning’s cabin rental that they advertise using Airbnb. The cabin, which is on the farm, is located on Fults Road in Evans Mills. Sydney Schaefer/Watertown Daily Times

Hosts in Jefferson, Lewis, St. Lawrence, Franklin, Essex and Clinton counties who use Airbnb to offer their waterfront cottages, wooden cabins, suburban homes, single bedrooms and other abodes for rent received 108,800 bookings throughout the year, according to data released by the company Tuesday. The number of stays orchestrated through Airbnb for northern New York climbed from the 77,700 bookings in 2018.

Offering short-term rentals through Airbnb generated $17.4 million in supplemental income for all property owners across the region, up from $12.1 million in 2018.

More properties have been listed for rent on Airbnb from the end of 2018 to the end of last year, meaning more people use the service. According to the company, 2,400 north country short-term rentals were registered with the platform as of Jan. 1, up from 1,870 by the same time last year.

Liz DeBold Fusco, Northeast press secretary for Airbnb, said she could not pinpoint a particular cause for the uptick in bookings through the platform between last year and 2018, other than growth in the local tourism industry.

The company, founded in 2008, has not only provided longtime renters another opportunity for marketing their properties and orchestrating bookings, but also encouraged more people to rent their abodes, she said.

“It represents that the tourism economy is booming in the north country,” Mrs. DeBold Fusco said.

Country Cousins Farm, Evans Mills, has welcomed more travelers to its cabin rental since it signed up with Airbnb six years ago, although the uptick in bookings from 2019 to last year equalled one percent, said co-owner Stanley Horning.

“It’s not been much of a huge increase year-to-year,” for bookings, he said. The wood cabin at the dairy farm, which features two beds, two bunk beds, a kitchenette and a bathroom with shower, attracts travelers eager to explore the Thousand Islands while also needing a quiet place to rest, Mr. Horning said. At the same time, Mr. Horning said guests can learn more about dairy farming, pet cows, milk them and feed calves. His farm cabin attracts 80 to 100 renters each year.

Mr. Horning, who owns the farm with his wife, Sharon, and their son, Derek, said he believes the positive reviews they receive on Airbnb help entice more visitors to book their stays at the cabin on the farm.

“Everyone really appreciates the quiet of being out in the country, versus being at a hotel where you hear people running up and down the hall,” he said.

Three of the top five weekends occurred concurrently in the summer, while the other two occurred close to major holidays, Columbus Day, Christmas and New Year’s Day.

“People have realized that the north country is an incredible place to visit in the summer,” Mrs. DeBold Fusco said.

Airbnb claims to help local economies grow by not only increasing commercial spending, but also by providing additional occupancy tax revenue to counties that have agreements with the company.

Four north country counties, Clinton, Essex, Franklin and St. Lawrence, have agreements to collect occupancy tax, or bed tax, from rentals registered with Airbnb. Lewis County has been working with Airbnb to facilitate an agreement after the county Legislature approved a tax extension that would include private short-term rentals in November.

Legislators in Jefferson County had discussed the possibility of implementing a bed tax for short-term rentals when forming the 2020 budget. Legislature Chairman Scott A. Gray, however, said no lawmakers were interested in pursuing the tax at the time, adding that he believes the thought of bringing a new tax caused hesitation among them. Mr. Gray said he wanted to see the effects of the short-term rental tax on Lewis County, as well as receive input from various stakeholders such as motel and hotel owners who pay bed tax and “may want to level the playing field.”

“I got the impression people wanted to see how things played out around the state,” County Legislator Philip N. Reed said. “I would like to think that anytime you broaden a tax, or include a tax, it comes with ramifications.”

Visits facilitated by Airbnb in 2019:

Have you or your loved ones stayed at an Airbnb location?

Ironic, my neighbor rents out to Air BNB in order to pay taxes, now he will have to rent out a little more to pay the tax on the tax.