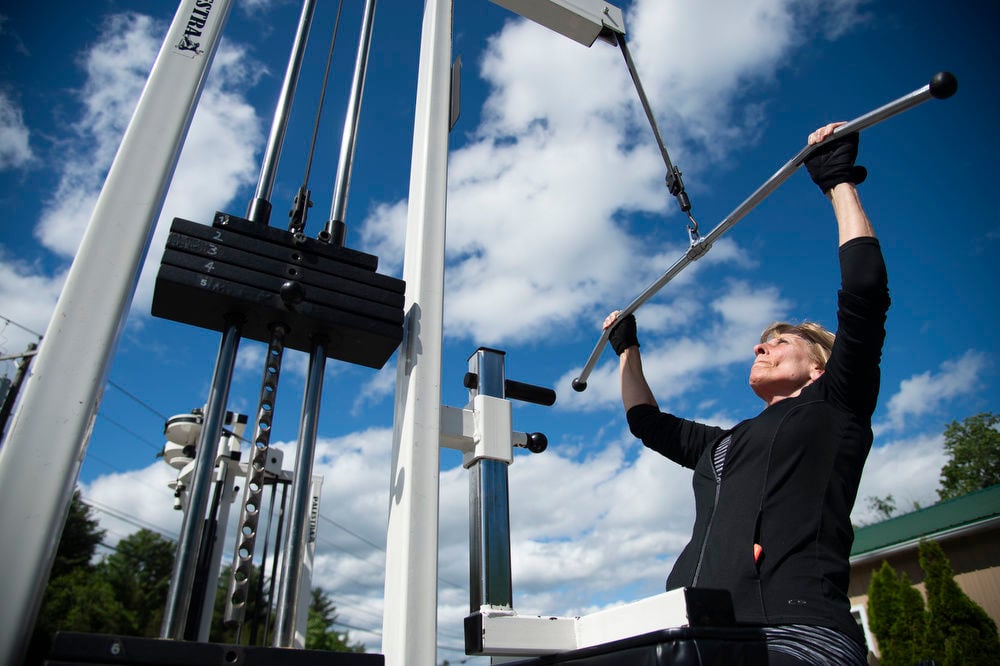 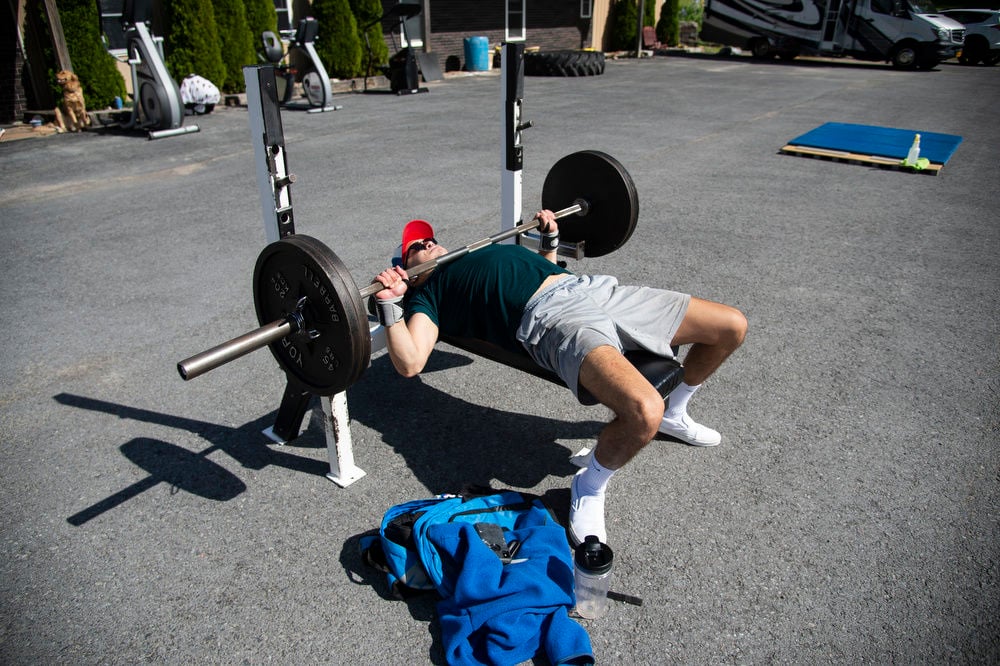 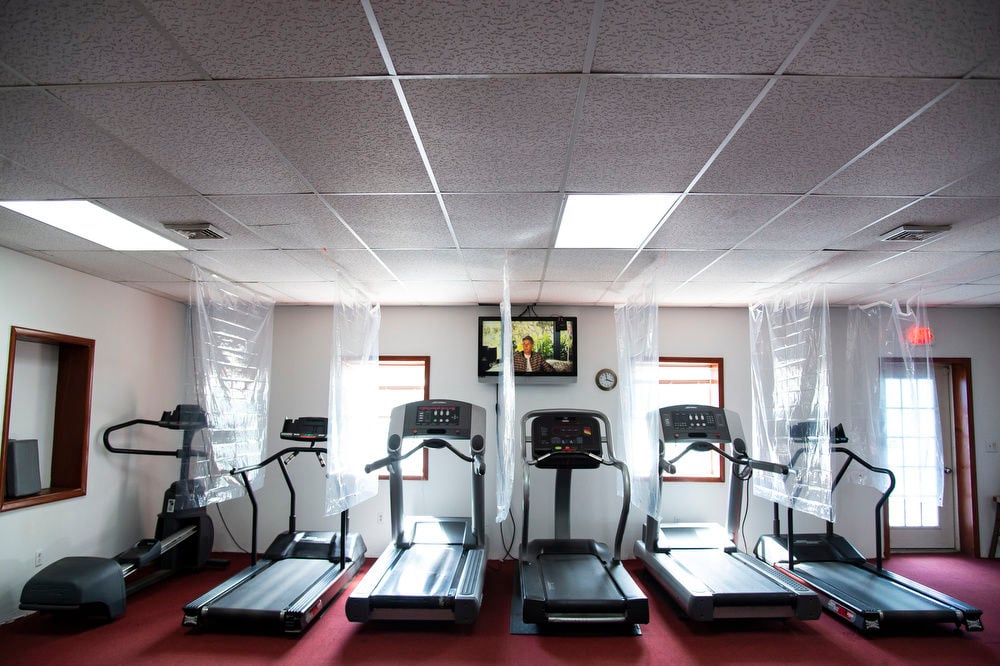 When the interior of the 1000 Islands Fitness Center reopens, the owners plan to keep translucent shower curtains up between cardio machines as members run. Emil Lippe/Watertown Daily Times 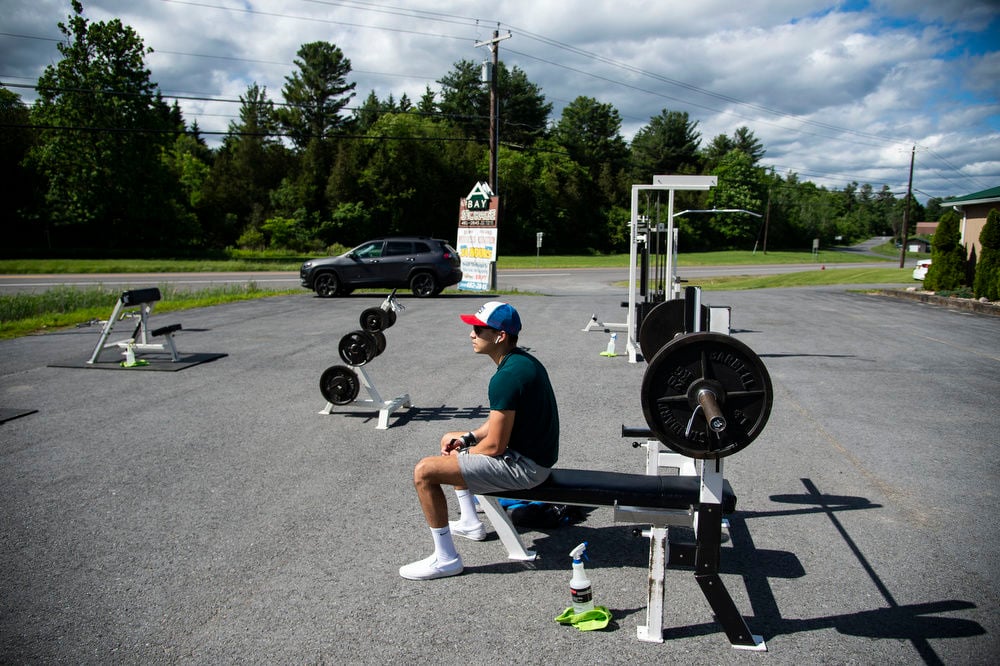 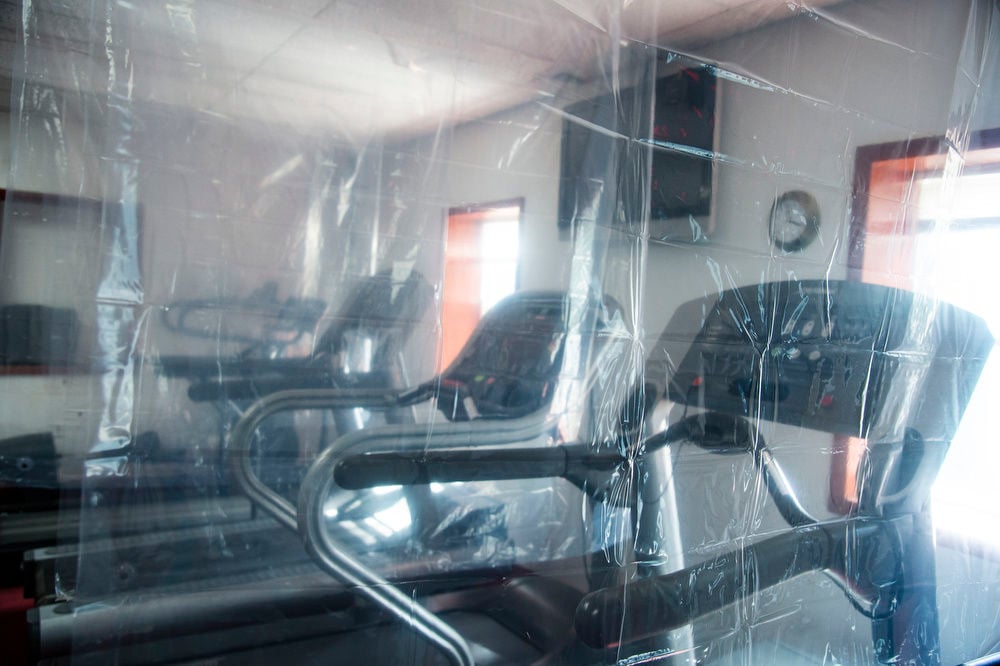 When the interior of the 1000 Islands Fitness Center reopens, the owners plan to keep translucent shower curtains up between cardio machines as members run. Emil Lippe/Watertown Daily Times

WATERTOWN — They didn’t bring their equipment outside to make money.

After owning 1000 Islands Fitness Center for 20 years and then closing due to COVID-19, Diane and Gary Bass decided to do a solid for their members.

They started moving their gym equipment outside every morning so members could come and have a workout outdoors. After the gym closed in March, Mr. and Mrs. Bass stopped charging their members monthly and continued paying mortgage and utilities on the building.

After getting several calls from members almost desperate to get back in the gym, they brought it outside. During three days over the recent weeks, Mr. and Mrs. Bass moved equipment outside and let members come to work out for free, as they were closed.

“I just wanted to give something back to our members,” Mr. Bass said. “They had been with us through thick and thin. We’re not making any money on this.”

The couple said the fitness center — which was actually taken over by their son, Garrett, last year — plans to reopen in two weeks under Phase IV of the state’s reopening process.

And they said they are fortunate that they are established enough as a business that they can get through the harsh financial times. But not every gym is as lucky — some are just getting started and still lumped into the same phase as corporation gyms or stadiums.

They are already making plans for when they reopen, hopefully June 26 when Phase IV starts, barring any setbacks deemed by the state. They, for example, hung shower curtains between each treadmill. The woman’s training circuit in the center might be limited to a few people. Members wiping down equipment has been a long-established culture. And, really, there are only 10 to 12 people in the gym at one time to begin with.

But above all, the outdoor gym was a way for them to ask their members to come see them. It takes nearly two hours for the couple to haul out all the benches, dumbbells, bars and benches.

“We didn’t know if we could do it,” Mr. Bass said. “We just winged it. We looked at everything the governor has put out, and we’re like ‘OK, this is low-risk outdoor recreation.’ No one has come and complained.”