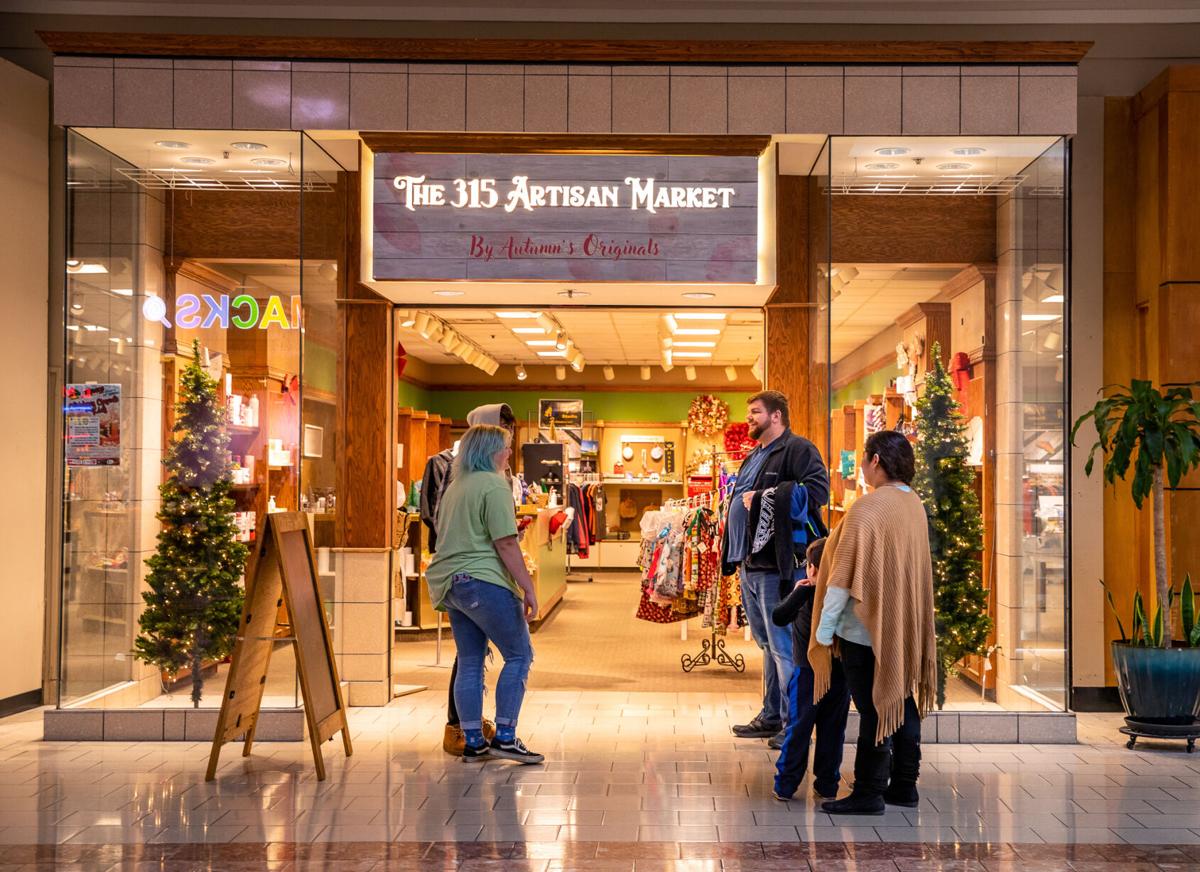 Shoppers mingle outside The 315 Artisan Market in the Salmon Run Mall on Wednesday in Watertown. Kara Dry/Watertown Daily Times 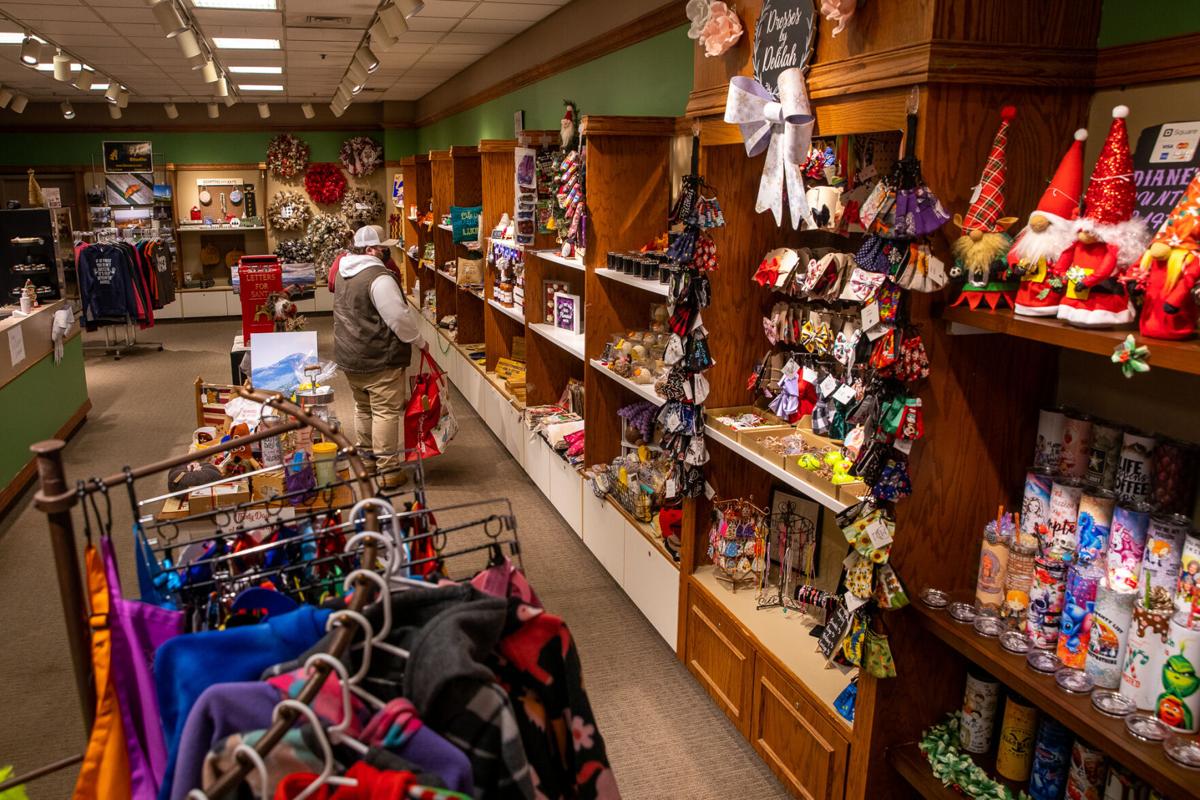 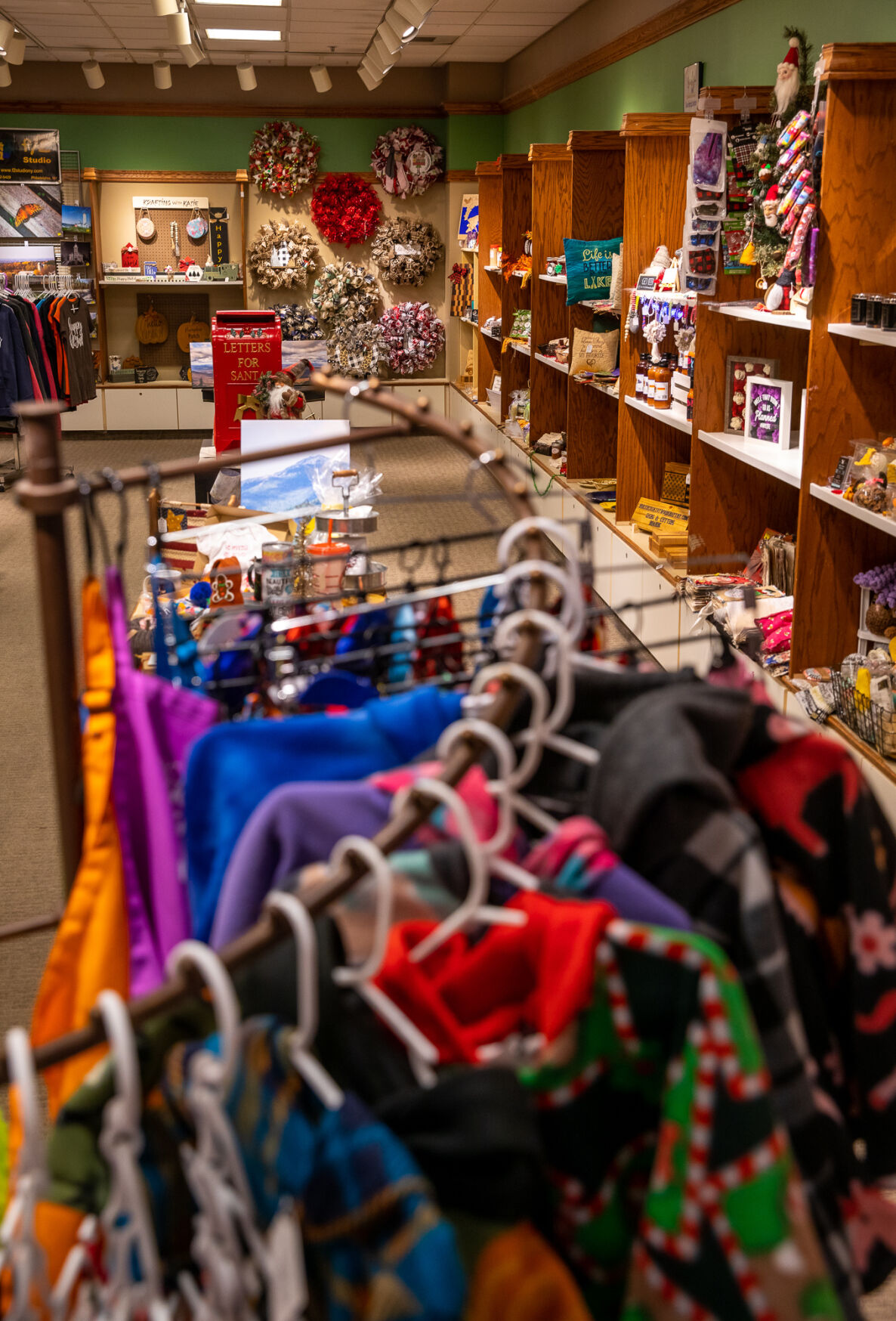 Holiday gifts and decor fill the shelves and racks at The 315 Artisan Market in the Salmon Run Mall on Wednesday in Watertown. Kara Dry/Watertown Daily Times 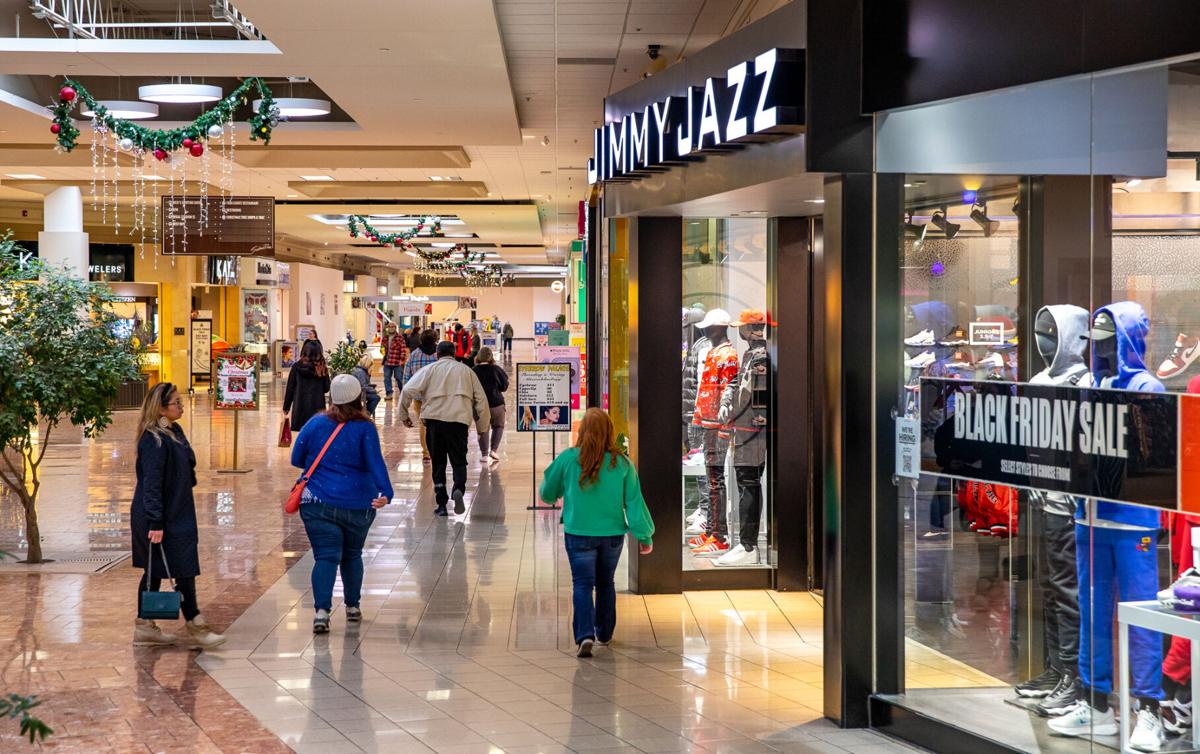 Shoppers stroll past a clothing and shoe store, Jimmy Jazz, in the Salmon Run Mall on Wednesday in Watertown. Kara Dry/Watertown Daily Times

Shoppers mingle outside The 315 Artisan Market in the Salmon Run Mall on Wednesday in Watertown. Kara Dry/Watertown Daily Times

Holiday gifts and decor fill the shelves and racks at The 315 Artisan Market in the Salmon Run Mall on Wednesday in Watertown. Kara Dry/Watertown Daily Times

Shoppers stroll past a clothing and shoe store, Jimmy Jazz, in the Salmon Run Mall on Wednesday in Watertown. Kara Dry/Watertown Daily Times

WATERTOWN — Karla Noftsier remembers the days of Christmases past when a crush of Black Friday shoppers rushed to the Salmon Run Mall even before stores were open.

With a second Christmas of COVID-19, Ms. Noftsier, the mall’s marketing director, expects this year’s Black Friday will, instead, end up with just a steady flow of shoppers.

Yet she’s optimistic about what the holiday shopping season will bring to mall merchants, adding that she observed a 20% to 25% increase in foot traffic last weekend.

She warns shoppers to start their holiday shopping earlier — and do it in person.

But the good news? There isn’t a labor shortage at the mall. Merchants are telling her that they’re adequately staffed for the season.

“They’re in good shape,” she said.

Over at Around the World, owner Kevin Dobit acknowledged that the nation’s supply chain issues are causing some delays in getting his merchandise from countries around the world.

For instance, he’s been waiting for handmade chess sets from Kenya since Oct. 10.

His shelves are full, but it would be nice if he had even more inventory, he said.

“I’m optimistic,” he said. “People are coming into the store and finding what they want.”

With the holiday season in full swing, Ms. Noftsier got some good news on Wednesday morning. The Canadian government will lift required COVID-19 testing for short-duration shoppers crossing the border.

The change is expected to create an influx of Canadian shoppers who will stay for a couple of days of shopping before heading back north.

However, it’s not happening until after Thanksgiving, so they’ll miss Black Friday.

The mall will be closed on Thanksgiving Day, while the Regal movie theater and Planet Fitness will be open.

Much like the old Black Fridays, three of the mall’s anchors — JC Penney, Best Buy and Dick’s Sporting Goods — will open their doors at 5 a.m., followed by Bath & Body Works at 6 a.m. The other stores open later on Friday.

The mall will celebrate Small Business Saturday next weekend with many of the mall’s locally owned “specialty stores” setting up tables outside of their businesses to help “customers one-to-one” in their holiday shopping, Ms. Noftsier said.

The Redemption Designz and 315 Artisan Market gift stores are recent additions to the mall.

Photographer Shawn Rafferty is among 28 vendors sharing space in the artisan shop, which features a variety of locally handmade items. It opened about two weeks ago.

This week, foot traffic is up in the shop but sales are a little down.

“I think they’re checking out what they want to get,” Mr. Rafferty said.

To attract shoppers, Redemption Designz, which opened in September, plans to host some art classes for kids and other events between now and the big day, owner Scott Sample said.

He opened the store after having done well with a booth at the farmers market in Watertown this summer.

And now he looks forward to the holiday season at the mall.

Santa Claus is also coming to town this season on Dec. 2. The mall will host A North Country Festival of Trees in the former Bon-Ton store, from Nov. 26 to Dec. 4.