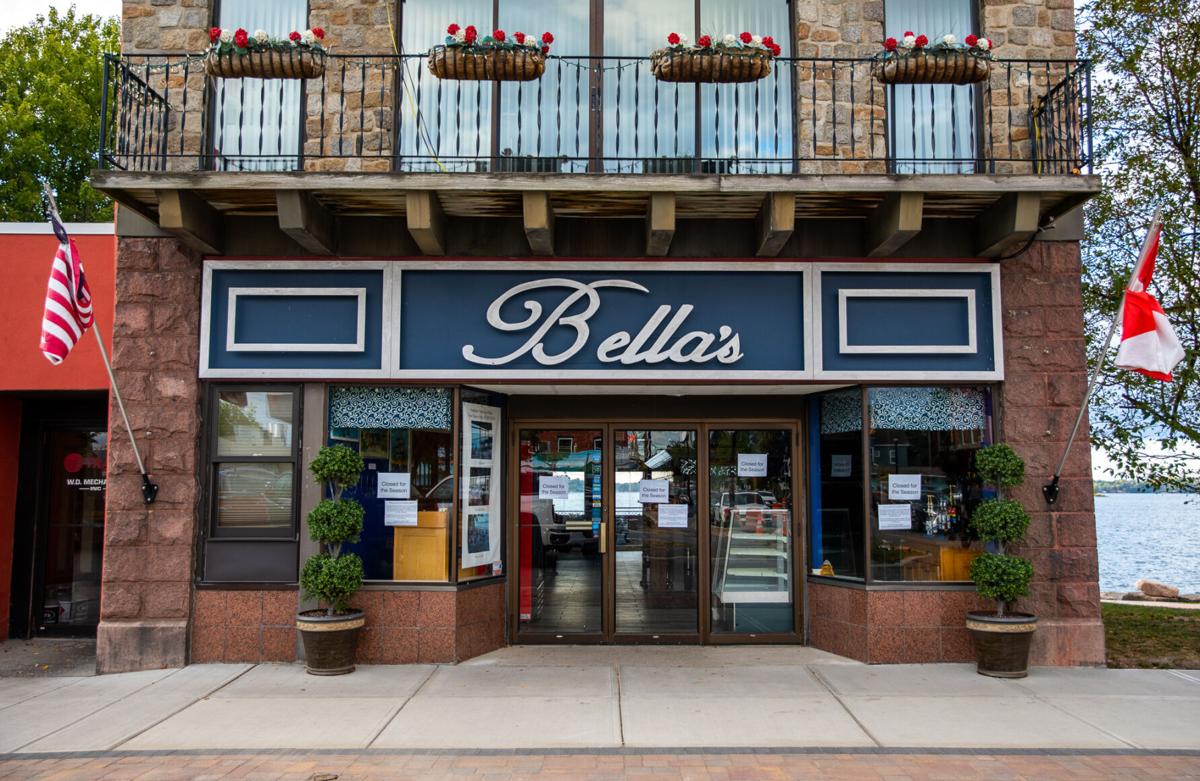 Signs taped Friday to the front windows of Bella’s in Clayton announce that the restaurant has closed early for the season. Kara Dry/Watertown Daily Times 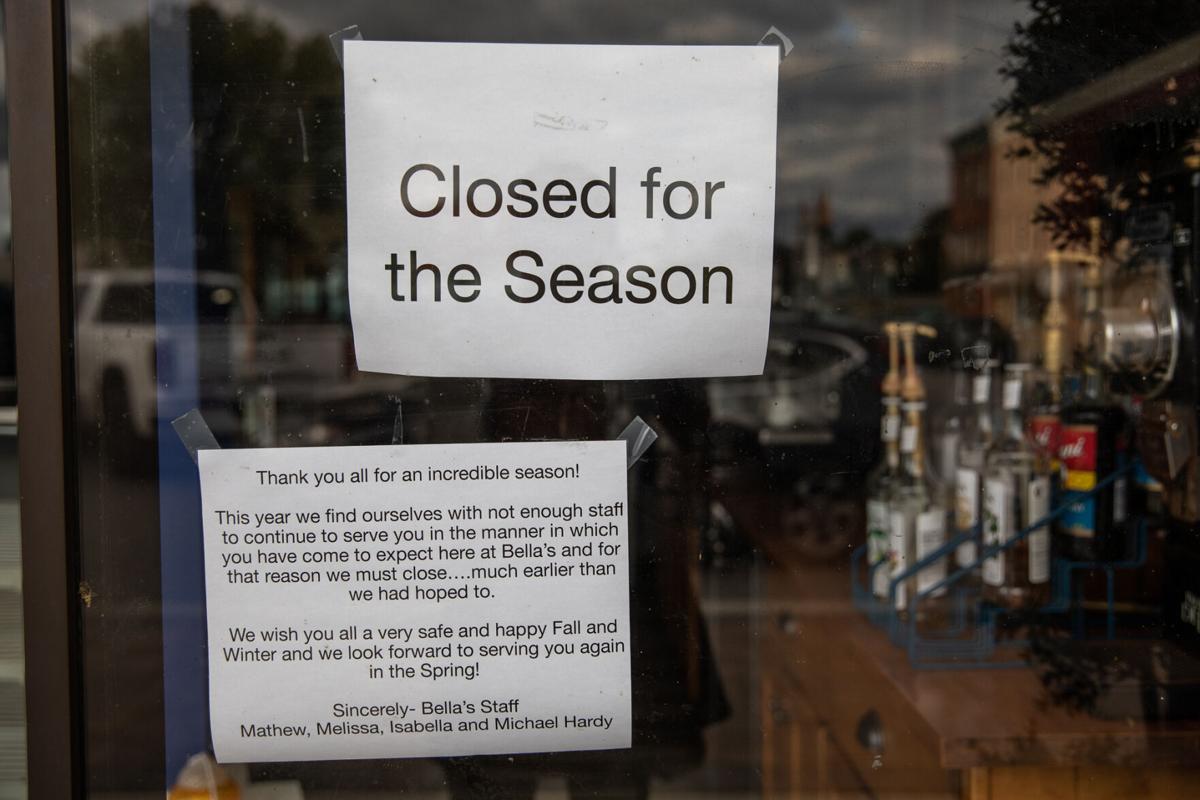 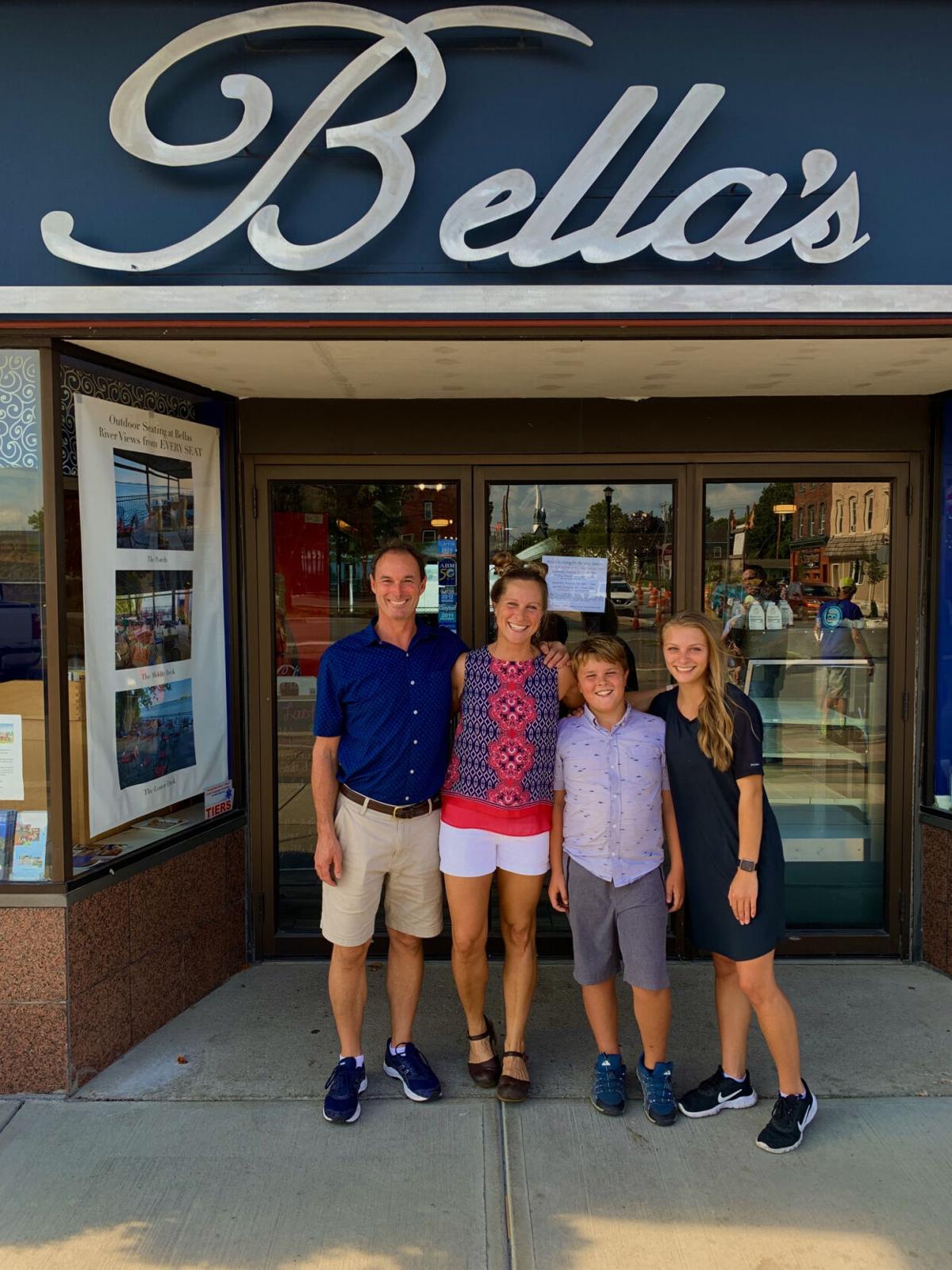 Owners of Bella’s, Mathew and Melissa Hardy, with their children, Michael and Isabella at the Clayton restaurant. Kara Dry/Watertown Daily Times 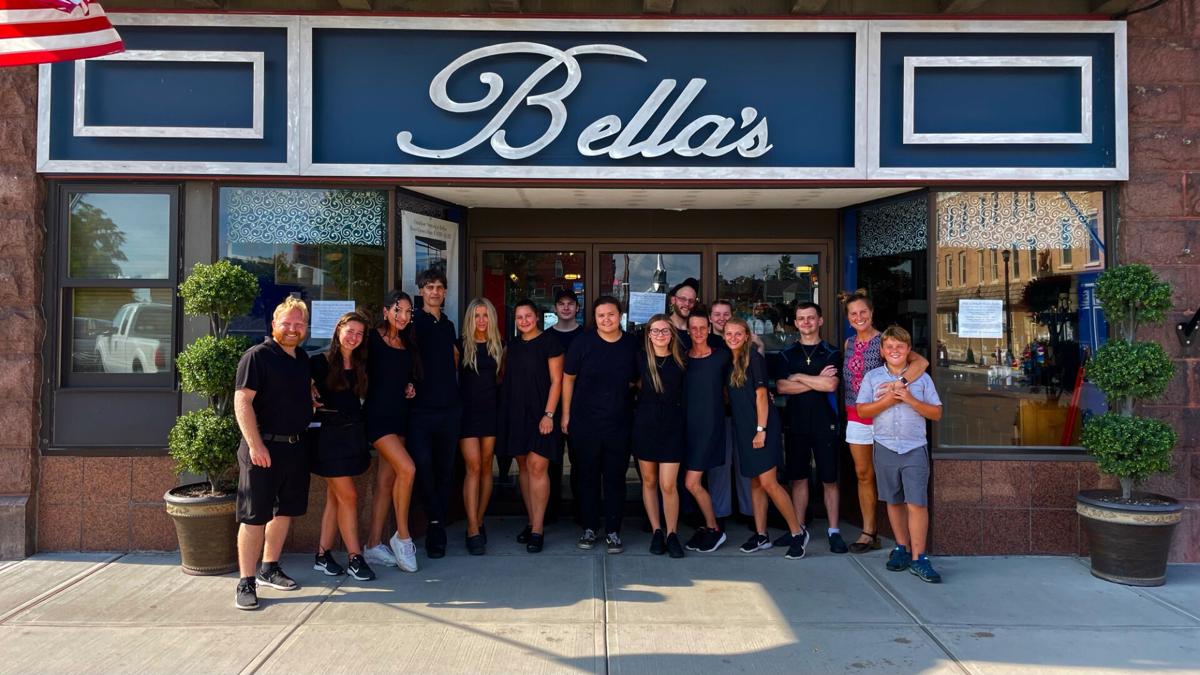 Signs taped Friday to the front windows of Bella’s in Clayton announce that the restaurant has closed early for the season. Kara Dry/Watertown Daily Times

Owners of Bella’s, Mathew and Melissa Hardy, with their children, Michael and Isabella at the Clayton restaurant. Kara Dry/Watertown Daily Times

CLAYTON — Melissa Hardy asks herself, after 16 years, why it’s still so hard to own a restaurant that’s full of customers almost every day, especially after one of their busiest summers that ended two months short due to the labor shortage.

Her restaurant, Bella’s on Riverside Drive along the St. Lawrence River, has been at max capacity nearly every day this summer. The demand to go out is high, and the number of employees is low. Their decision to close at the end of August instead of October seemed abrupt given their customer volume, but it was really a calculated move to get out while they were ahead — because it was all about to change. Once August comes, Mrs. Hardy is used to her employees who are students or teachers starting to head back to school. It was the added drop in staff from a shortage that drew them so thin that, by September, if one person called in sick, their business wouldn’t have worked.

The labor shortage is boiled down to four reasons, said Cheryl Mayforth, director of the WorkPlace of Jefferson County. Number one, baby boomers are exiting the workforce in droves. Prior to the pandemic, around 2 million baby boomers would leave the workforce every year.

In 2020, around 3.2 million left. Number two is the issue of finding child care. The Jefferson County area was known as a child-care desert before the pandemic, and it just got worse.

“The labor participation rate for females,” Mrs. Mayforth said, “throughout the nation is now back to levels of the seventies.”

Number three are the hybrid school models. There’s an uncertainty of whether students will be back to in-person learning five days a week this year. And number four, in this order, are extended unemployment benefits, which are scheduled to end as of Labor Day.

“The 26 states that ended their unemployment benefits over the summer didn’t see that big of an uptick in job seekers,” she said. “I’m not anticipating that next week there is going to be a line out our door.”

Mrs. Hardy and her husband, Mathew, co-owner, said they had a fantastic summer at Bella’s.

Their tone around it seems upbeat and pleased even though they had to close early. That’s because while they didn’t plan to close, they made the decision to avoid collapsing into a type of service their customers aren’t used to. Instead of risking less customer service, they closed on their own terms this year.

“We just ran out of staff,” Mr. Hardy said. “I can control when the doors are closed, but once there’s 200 people in the restaurant and no staff show up, it’s a mess.”

They pride Bella’s on a high staff-count to provide a layered service. They have 50 full-time staffers total, with 30 working at the same time during a shift. It’s the stuff not many customers notice, like how three staffers will keep an eye on one table at all times. There are food runners, extra food runners, barbacks, baristas, hosts, dishwashers, cooks, prep people, bartenders, bussers, managers, servers and a baker. Mr. Hardy manages the front, running the dining room floor. Mrs. Hardy is working at Bella’s every day. She controls the back of the restaurant, managing the kitchen, scheduling and deliveries, among other duties. It’s her 16th summer at the helm, and there’s no doubt Bella’s has thrived, but it’s sometimes hard to realize their success.

This year punctuated how much she works.

This year, because of the labor shortages everywhere, Mrs. Hardy might be working the line and expecting her delivery to come in as scheduled when she gets a phone call letting her know the delivery will indeed not be delivered as expected.

It’s food that she was counting on being there so she could create certain menu items, and it was a problem from the top down as distributors were experiencing a shortage of food pickers in the warehouses to load the trucks and drivers to drive the trucks.

“It was a nightmare,” she said, “compounded with the added business and lack of extra staff.”

She gets asked if she feels she has made it often. There’s no doubt she and her husband are grateful for the loyal and new customers they’ve developed over the years. They’re happy with the line winding out the front door, but the fact remains they were an example of how nuanced the labor shortage is.

As baby boomers leave the market, job offers are coming in faster for college students. Mrs. Hardy is happy for her college employees who get jobs, but it also causes her restaurant to close.

She’s happy the restaurant was at max capacity all summer, but it gave her no breaks. She wonders that even if she got job applicants, would she have time to interview and train them? It’s a result of a hyper-busy summer with acutely low staff members. It caused them to close early for the first time they’ve been owners, but they’re still proud of the season and grateful to the employees who stuck around. They’re the backbone of the business, Mrs. Hardy said.

“We’re blessed to be so busy,” Mr. Hardy said. “We’re happy and our customers are great, but there are a lot of sacrifices we make as a family. We have winters off, but a happy medium would be nice. But I know the grass is always greener, and I know we had a very successful summer.”

Wasn't there some thing about if expanded unemployment benefits were ended, people would go back to work?

“The 26 states that ended their unemployment benefits over the summer didn’t see that big of an uptick in job seekers,” she said. “I’m not anticipating that next week there is going to be a line out our door.”