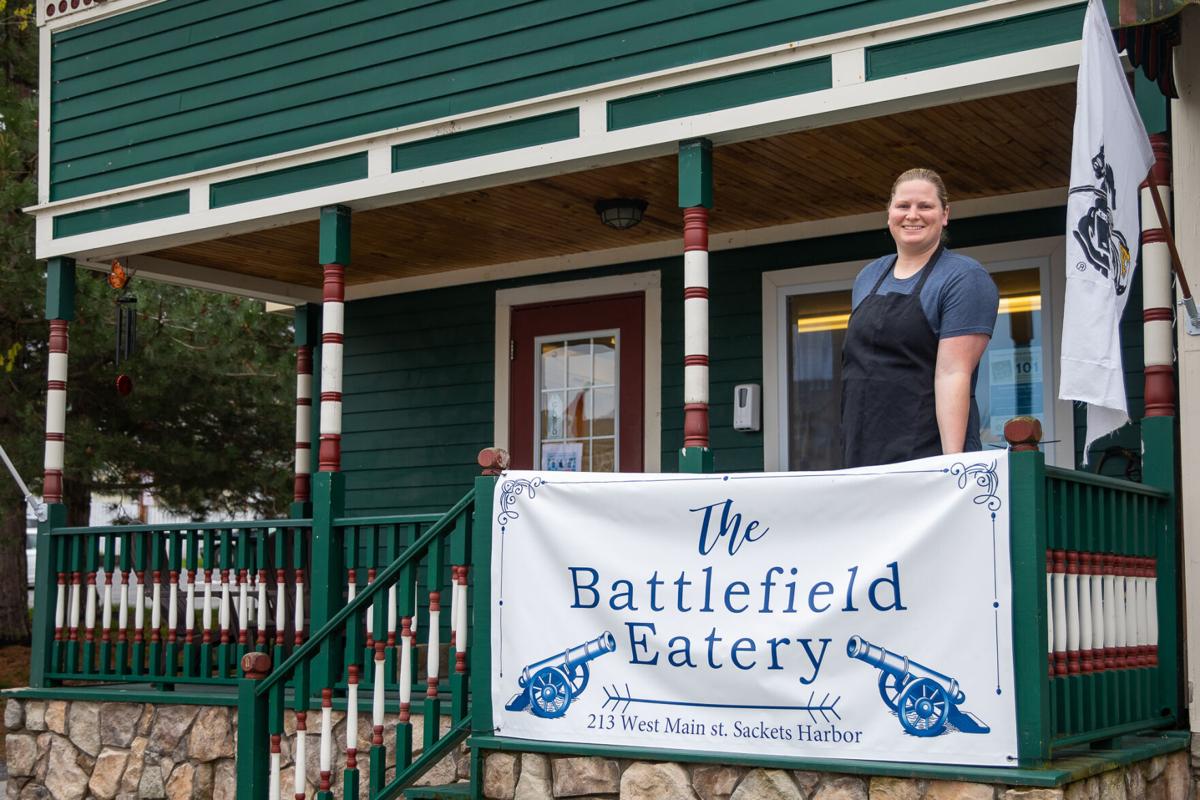 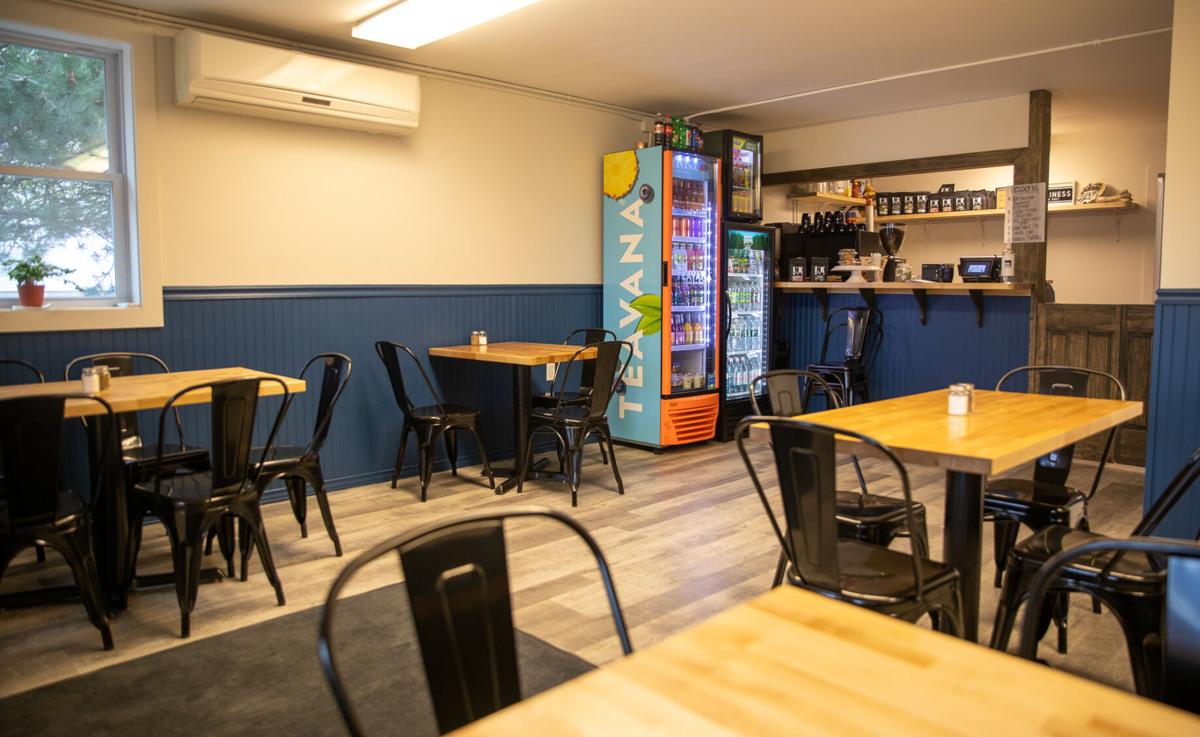 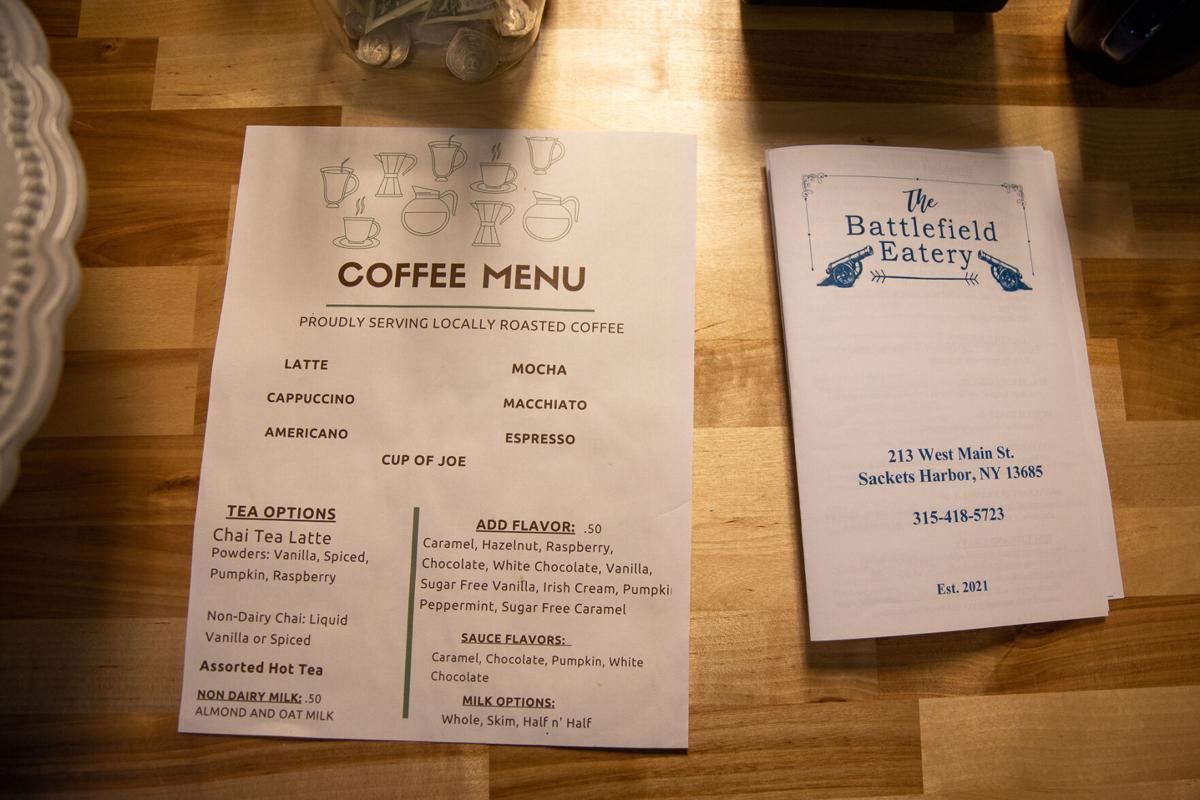 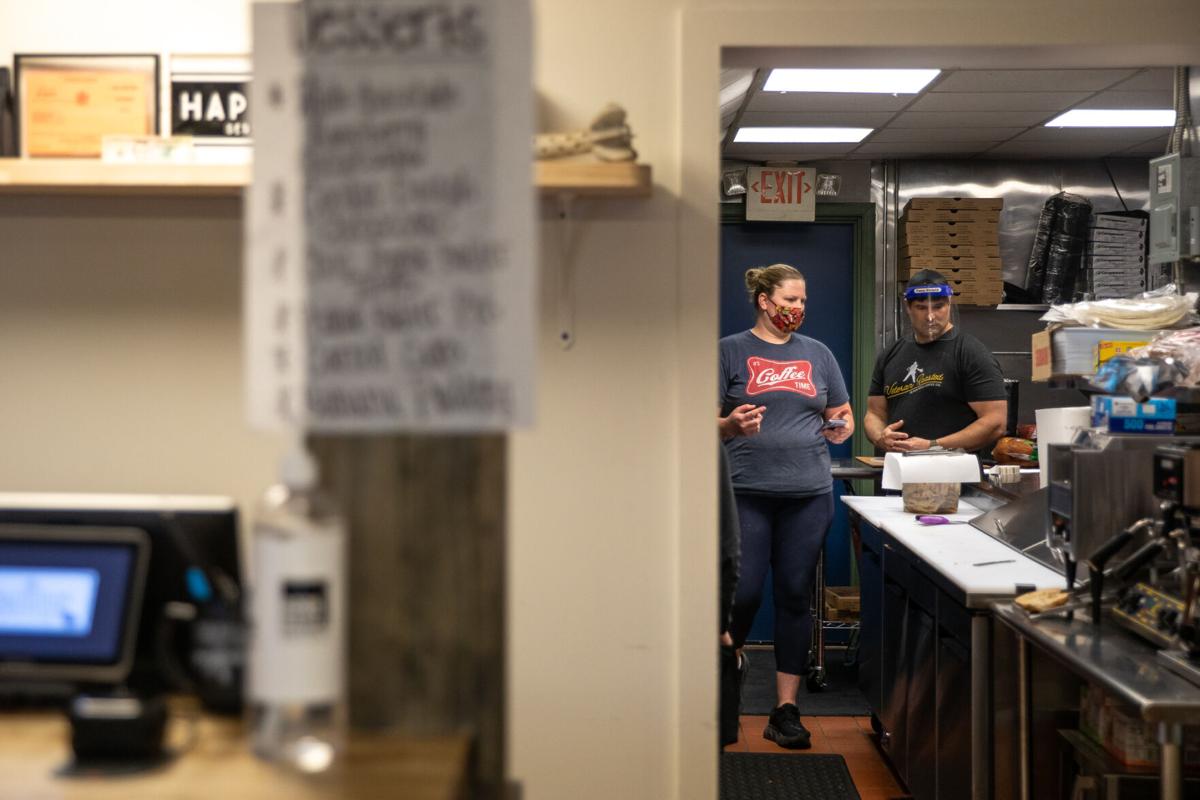 Owner of the Battlefield Eatery, Jessica R. Williams, and her husband Michael A. Williams in the kitchen of her new restaurant at 213 West Main St. in Sackets Harbor. Kara Dry/Watertown Daily Times 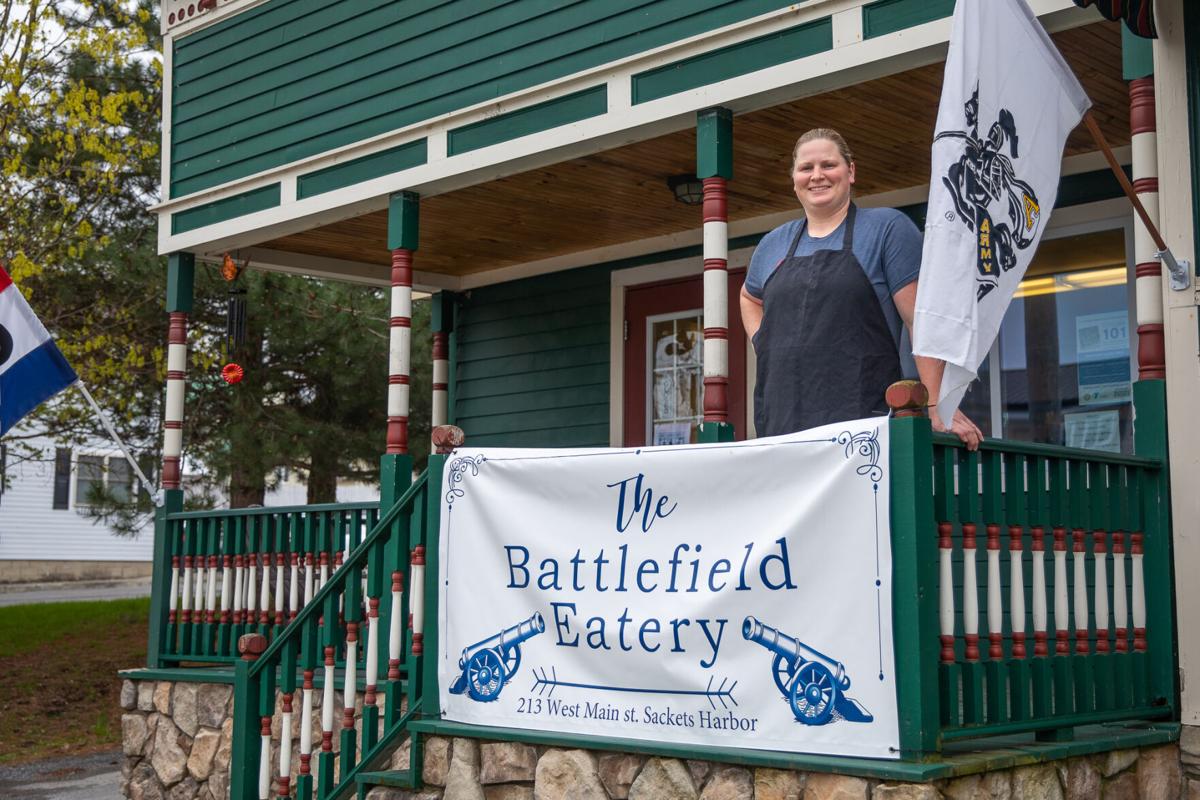 Owner of the Battlefield Eatery, Jessica R. Williams, and her husband Michael A. Williams in the kitchen of her new restaurant at 213 West Main St. in Sackets Harbor. Kara Dry/Watertown Daily Times

SACKETS HARBOR — Amid the triumphant return of popular village restaurant Tin Pan Galley and the seasonal reopening of local favorites, a new restaurant has entered the culinary scene of West Main Street with majority owner Jessica R. Williams at the helm.

While the Battlefield Eatery, 213 W. Main St., has been unofficially open for the past few weeks, it will celebrate its grand opening from 9 a.m. to 1 p.m. Saturday.

Mrs. Williams said she hopes to create a fun atmosphere, and to bring the community together to eat. She hopes locals will enjoy what’s offered and that others from outside the area will be able to experience something new.

“I just enjoy doing this; it’s kind of like Andy Taylor,” Mrs. Williams said of the former owner of Tin Pan Galley. “He didn’t do it for the money; he did it for the food.”

Way back when, the location was a smokehouse restaurant that later turned into a Chinese food place. After that, it was a woodworking and tailor business. Now, the Battlefield Eatery has five tables for seating indoors and can seat roughly 20.

Mrs. Williams said she’s the main cook for the business at the moment, making the biscuits and gravy fresh each morning, and has a staff of about 10 other individuals helping out and keeping things running smoothly. The restaurant outsources for pastries and coffee from roasters in Rochester.

Mrs. Williams is going on four years in the area, having been stationed at Fort Drum along with her husband, Michael A. Williams. Both retired last year after 10 and 23 years of service, respectively. Mrs. Williams retired as a captain and her husband with the rank of sergeant first class.

She said they both love the area and while they don’t have any family around here, the community has become their family.

Not wanting bare walls for the grand opening of the business, the Battlefield Eatery posted on its Facebook page calling for submissions of photos from the community and in just a few days, the community delivered. Mrs. Williams said they chose about 10 initial photos to display. She said they also hope to find some older photos of the village to put up.

After keeping the photos up for so many months, the plan is to auction them and donate the money to charity.

A portion of the proceeds from the grand opening of the restaurant will go toward a GoFundMe in support of Mrs. Williams’ father, Mark Waggoner, who was recently diagnosed with stage 4 melanoma. The GoFundMe campaign can be viewed at wdt.me/Waggoner. As of Thursday evening, the campaign had raised about $18,000 of its $50,000 goal.

Mrs. Williams was formerly affiliated with The Sandwich Bar up the street, but said she always wanted to do more, so she and the other co-owner of the business decided to go their separate ways professionally.

“I think Sackets needed a more sit down breakfast place, and ever since The Anchor burned down, someone needed to do pizza,” Mrs. Williams said. “I was given the opportunity to kind of try and do both.”

The Anchor bar and grill was destroyed by fire in August 2019.

Looking at different things that were asked for at her previous business, and going around to get the local takes of what the village needs, Mrs. Williams decided she wanted a simpler menu offering go-to favorites like quesadillas, pizzas and subs, as well as stuffed French toast and biscuits and gravy.

The eatery will even offer West Coast and New York City area favorites like bagels with lox and avocado toast and features a full coffee bar. Mrs. Williams said she also wants to eventually offer things like fresh produce and meat at the location.

Mrs. Williams shared that eventually, the business will get its beer, wine and liquor license so it can do late night pizza and beer. She and her business partners, part-owners Patricia Jarvis and Christin Daugherty Filippelli, are also hoping to open an eatery in Watertown at some point and have two locations.

“Everybody’s loved it so far, the portions and the prices,” Mrs. Williams said of the eatery’s popularity ahead of its official opening. “A lot of people come in here and just pretty much state that this is what Sackets needed — another family affordable grab and go kind of place.”