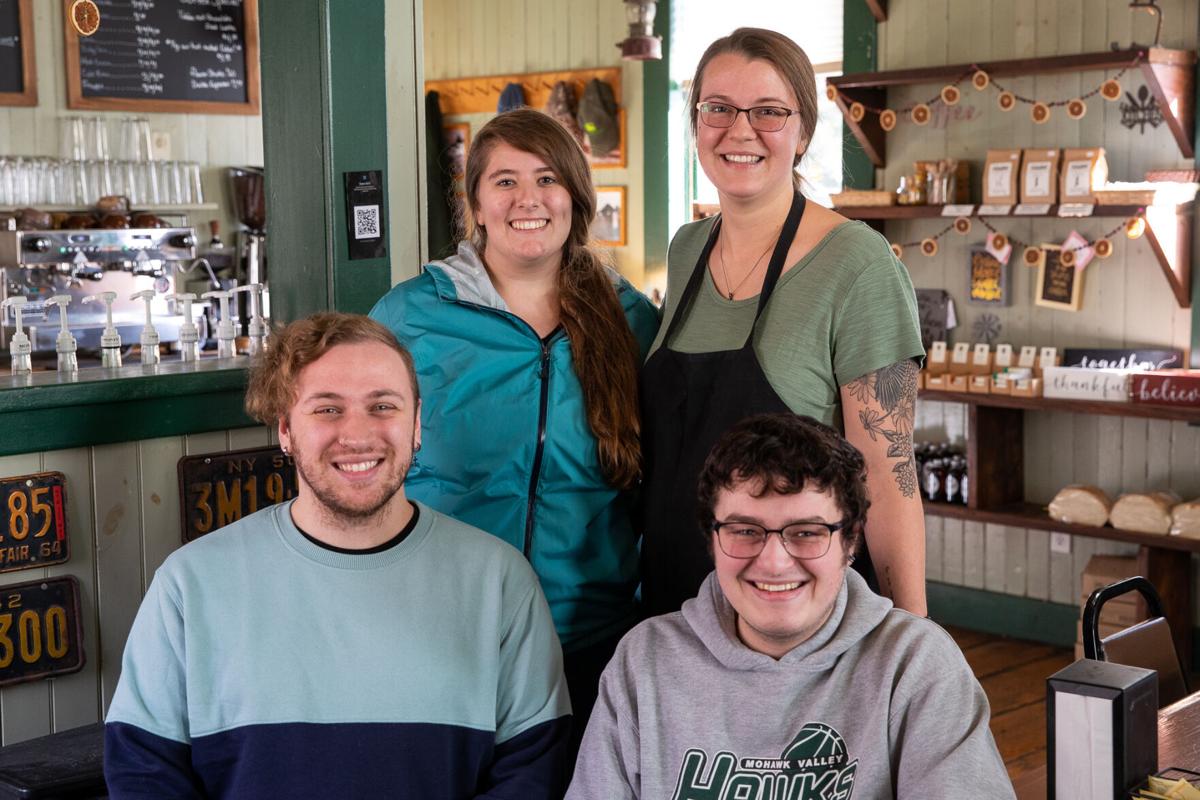 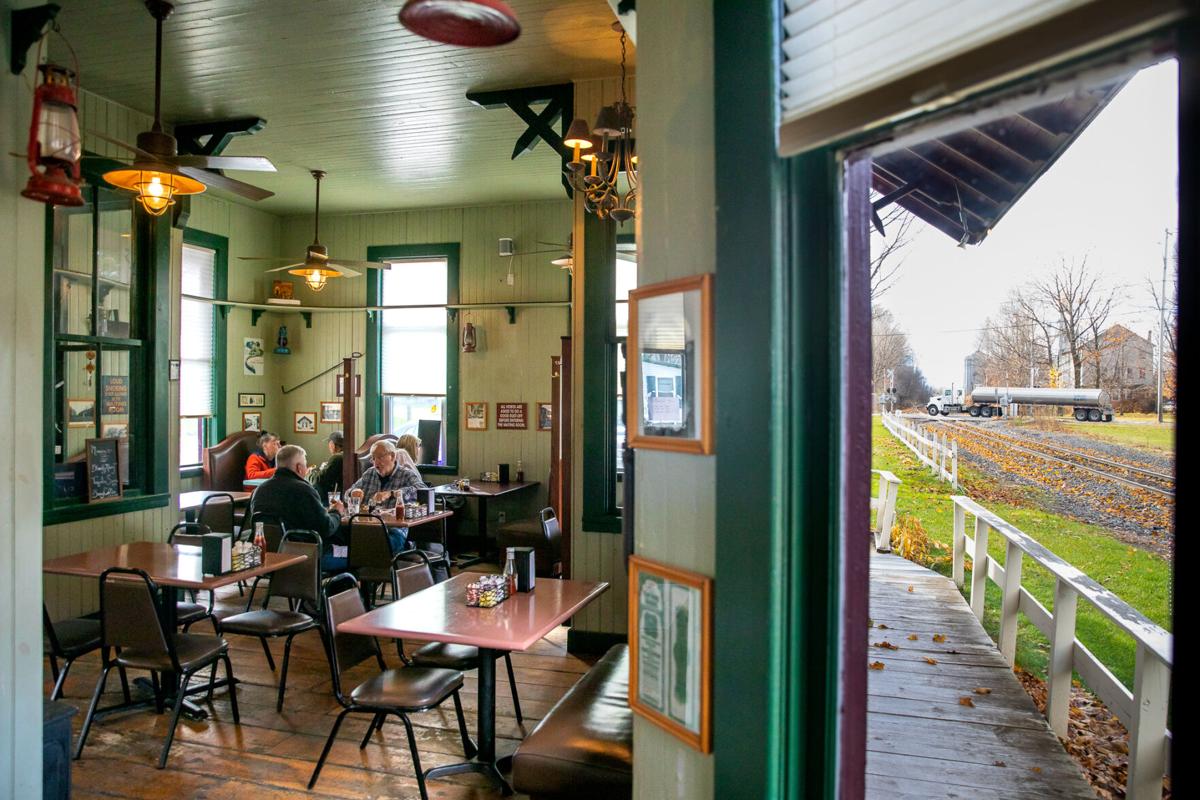 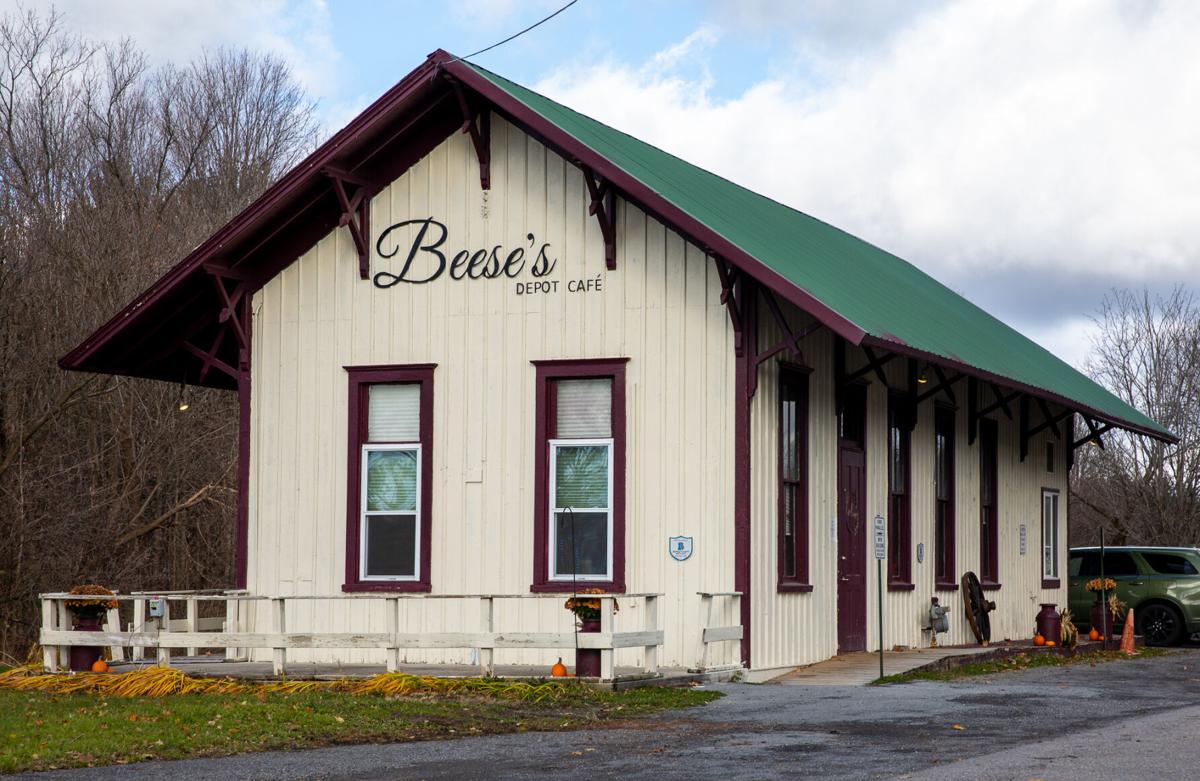 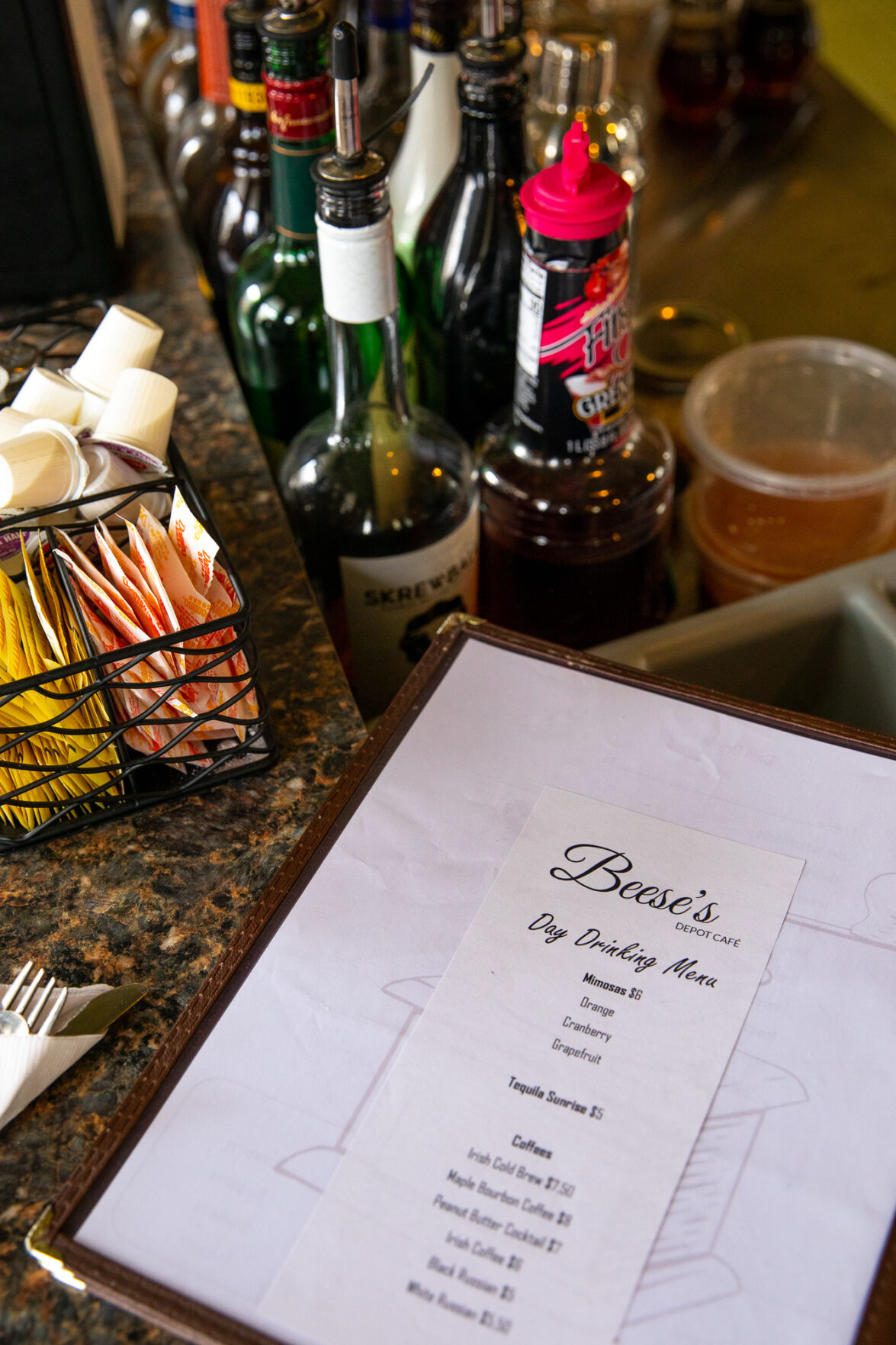 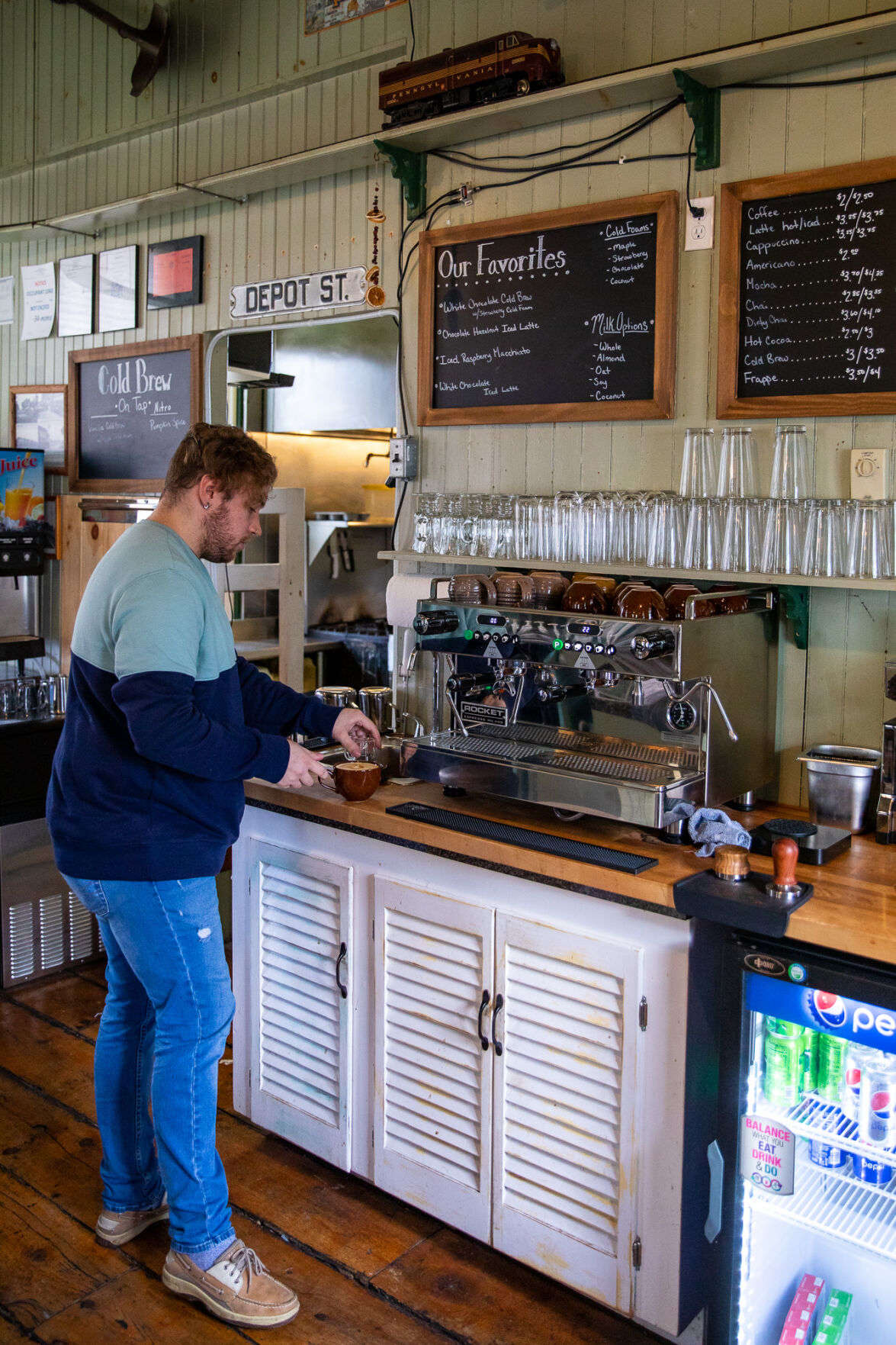 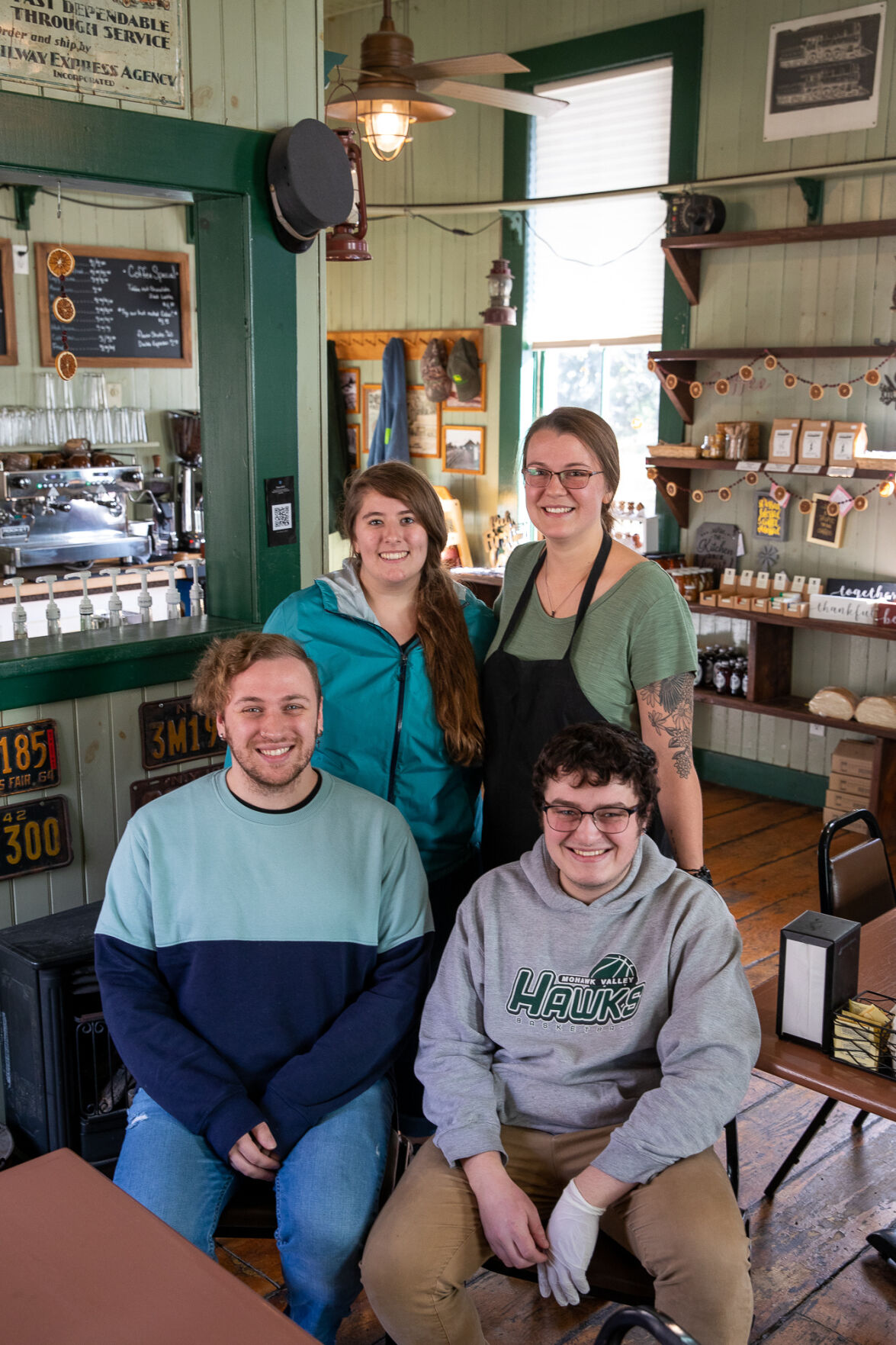 ADAMS CENTER — After taking over a closed eatery with no prior restaurant experience last year, the couple behind Beese’s Depot Café will soon celebrate a successful first year in business.

Along the train tracks in a quiet part of the hamlet of Adams Center lies the café, the name a nod to its past as a train depot. At 13449 Depot St., the café had been closed for about a year when new owners John D. and Rebeka L. Beese opened once again in early December 2020.

Before the two had even married, they were regulars at the Depot Café on Sundays. Now, they own the establishment and serve customers in the same place where they’d made memories over the years.

The café features fresh, homemade bread daily, and Mrs. Beese branched out from staple breads like wheat and rye to doing doughy creations like cranberry cinnamon swirl. She said she just recently started making muffins and bagels as well.

“It’s really been great,” Mrs. Beese said. “The community has kind of come together. Everybody’s looking for baked goods all the time and everybody’s excited about the espresso machine because that kind of didn’t exist in Adam’s Center before.”

As for the interior of the café, the couple gave the place a paint job and added some of their own touches, but they mostly kept it the way it was — a tribute to the history of the spot.

The space also features a retail shelf with a selection of handcrafted wares like signs, soaps and jewelry made by members of Mrs. Beese’s family.

Her family also owns the Burrville Cider Mill in Watertown, so she’s been working there and making doughnuts for as long as she can remember. Just as she grew up with the cider mill, her children, whom she referred to as “mini bosses,” are growing up with the café.

Mr. and Mrs. Beese share three young children, Emmalyne, Lyla and Flynn. All three kids were in Friday morning having breakfast. Their mother joked that they come storming through to get their French toast, tell the employees what to do and then leave.

“They love it,” Mrs. Beese said. “I grew up at the cider mill, so it’s kind of the same environment where the kids come in and our employees help raise our kids basically. We home school, too, so you’ll hear employees in the background teaching the kids how to spell. We’re like a big family.”

Friday morning, the café played Adele’s new album, “30,” for guests as they enjoyed their food and drinks. The café serves everything from lattes, espressos and smoothies to spiked coffees, mimosas and tequila sunrises.

A warm and inviting atmosphere welcomes guests as they step in to the historic building, and Mrs. Beese said she thinks people keep coming back because it’s relaxing — and they know they can get some good food. All food at the café is made from scratch, she said.

At the moment, the biggest seller is the cinnamon roll French toast. Mrs. Beese makes cinnamon rolls daily, and those that aren’t sold or eaten by the end of the day are frozen to be made into French toast the next day.

“People love it. We top it with our homemade maple butter, too, so it just throws it over the edge,” she said.

When the café was just starting out, it was an all-family affair, with Mr. and Mrs. Beese and her sisters, along with a majority of her family, helping out for the first month or so. Once they got their feet underneath them, they hired a few more people. Mr. Beese’s brother Edmund now works at the café, along with family friends Cassie Ziegler and Kyler Loya. Mrs. Beese said there are usually four or five people working at the café at any given time.

When starting out, the café offered breakfast, brunch and lunch, but lunch became too stressful to serve on top of everything else, so they cut back to serving breakfast and brunch. They hope to resume lunch service this winter.

Hours are now from 6 a.m. to 1:30 p.m. on weekends only, but after cider season officially ends, the café will be open during the same hours on all weekdays except for Wednesday. Mrs. Beese said they hope to eventually expand hours.

Not having experience in the restaurant business, and never having been a server before purchasing the café with her husband, Mrs. Beese said it took some trial and error to get things right in the beginning. She said it took them probably six to eight months before it felt like things were flowing.

“It was a learning curve and a half, but having family and friends that were willing to drop everything and help us figure it all out, that’s been a blessing,” Mrs. Beese said. “The community has been amazing. With COVID going around and everything like that I was a little worried that people wouldn’t want to come to a restaurant, especially a new restaurant, but that hasn’t been the case at all.”