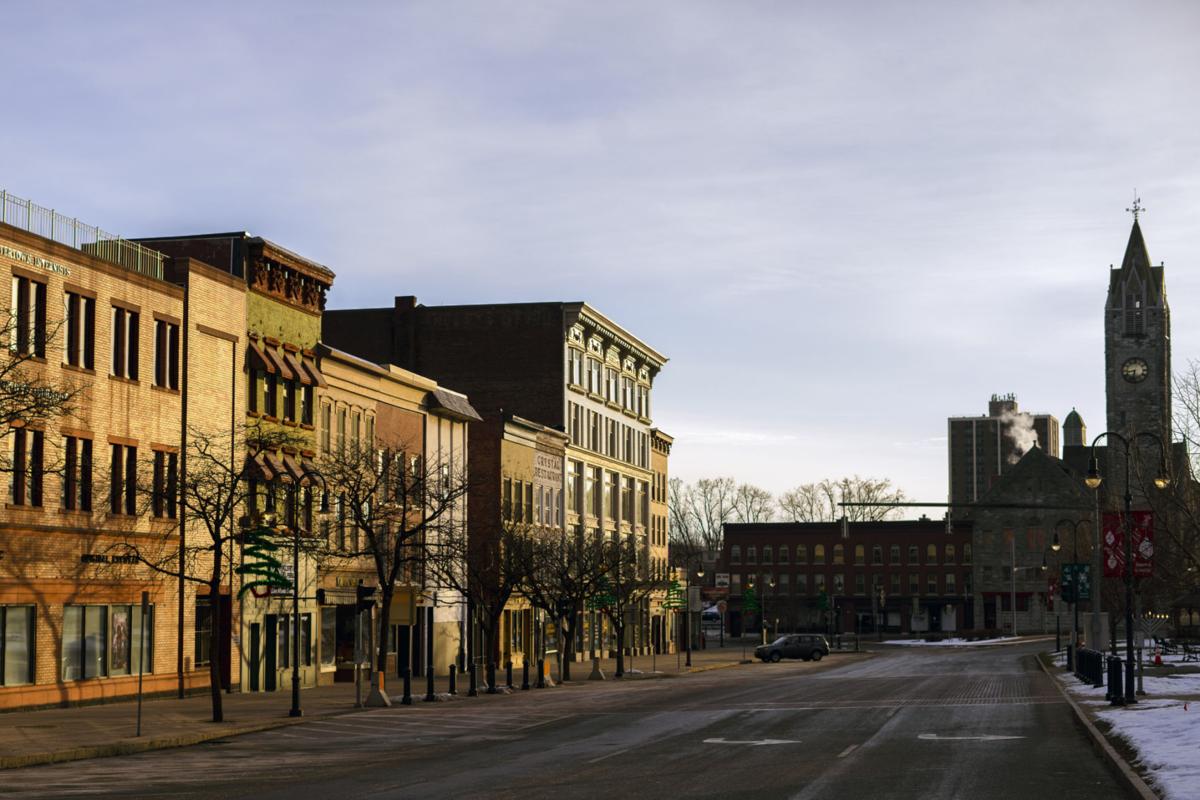 WATERTOWN — Property owners could vote next month on whether they want a Business Improvement District established in downtown Watertown.

For about a year, the Downtown Business Association has been exploring whether to form a Business Improvement District, or BID, in the city’s central business center.

Joseph Wessner, the DBA’s president and chairman of the group’s committee looking into the BID, gave an update Thursday to members of Advantage Watertown about the plans for the BID.

It makes him nervous that he hasn’t heard opposition to the BID, he said, adding that it would give the Downtown Business Association more of an opportunity to say why the business district should be formed.

“That’s why we’re doing outreach,” he said after the meeting. “We want to get the information out there.”

The BID needs just 51 percent approval of the property owners.

But Mr. Wessner, the assistant general manager of Coughlin Printing Group, hopes 75 percent of the 120 to 130 property owners will support the BID, which would encompass a boundary that includes Factory Square, a part of State Street, all the commercial properties in and around Public Square, Sterling and North Massey streets and the Black River.

The City Council also must approve the proposal, the BID boundary, the amount of its budget and its revenue source.

BIDs are typically financed through an assessed fee, and the payment rate would be assessed against the property owner.

While the formula is still being finalized for the Watertown BID, property owners will mainly be charged by square footage of the property’s ground floor space, he said.

“That’s the first question; how much is it going to cost?” Mr. Wessner said.

A BID proponent, Donald R. Rutherford, CEO of the Watertown Local Development Corp., also known as the Watertown Trust, said marketing and scheduling an array of special events would be important components of the new organization.

The BID also would work on business development and maintaining a safe and clean environment, Mr. Wessner said.

Property and business owners, other agencies, city officials and even residents would work together on common goals, he added.

If all works out, the BID would open its doors on Jan. 1 of next year, Mr. Wessner said.

The Downtown Business Association’s committee has been working tirelessly on the proposal since August, he said. The DBA committee has talked to about a dozen other BIDs to see how they operate.