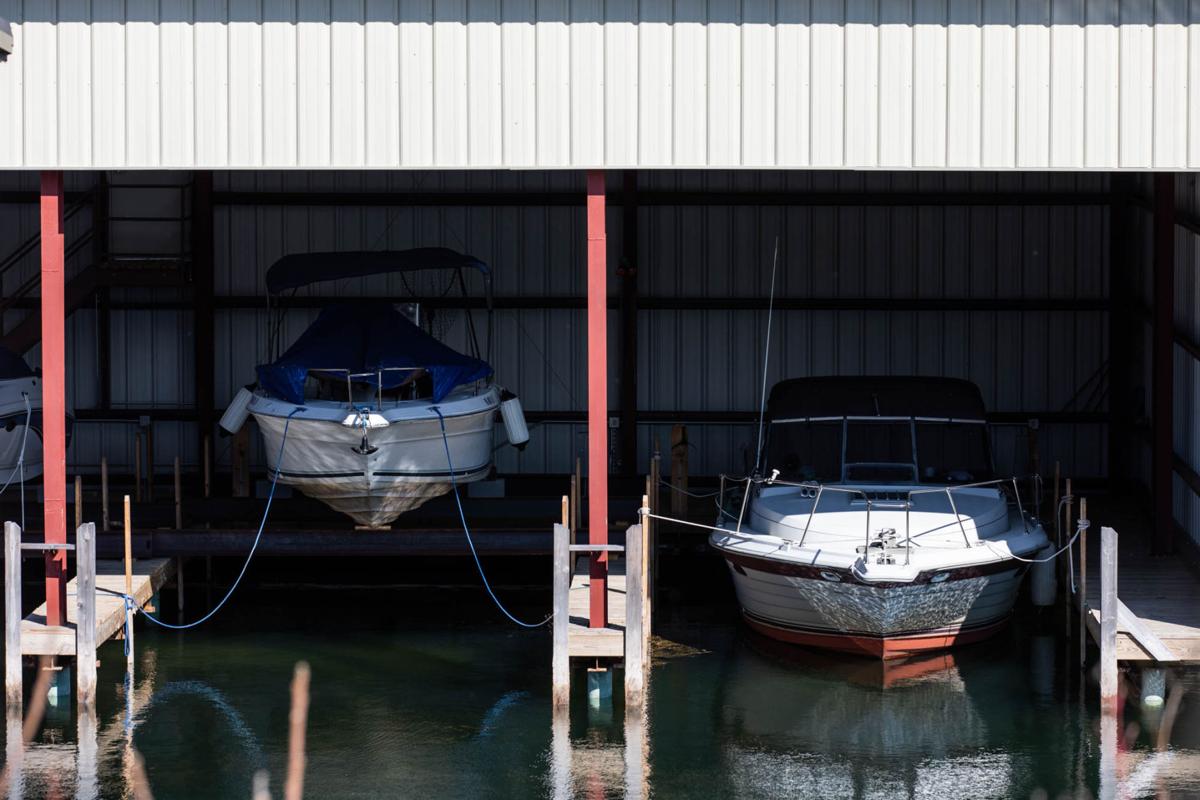 Boats sit docked at Harbor Marina, Henderson, on Thursday. Marinas have been deemed nonessential businesses by the state and will be scrambling to get work done for the boating season once they are allowed to reopen. Sydney Schaefer/Watertown Daily Times 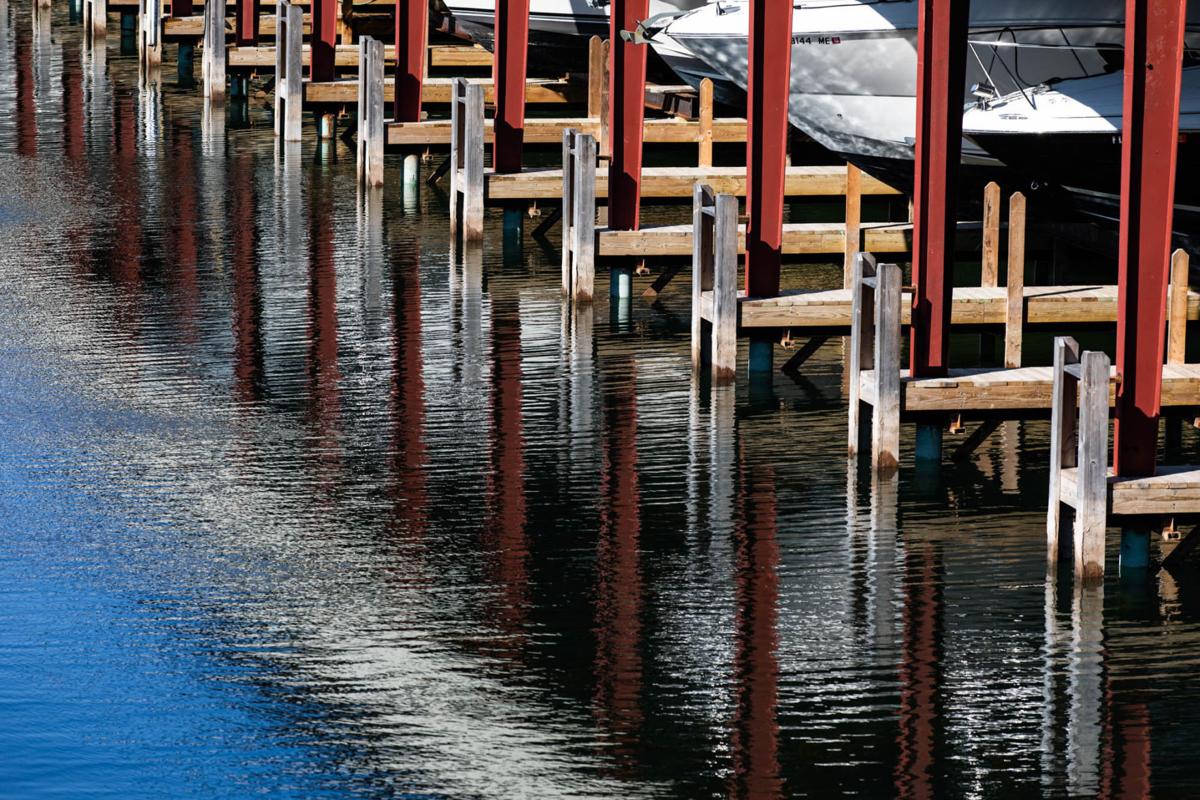 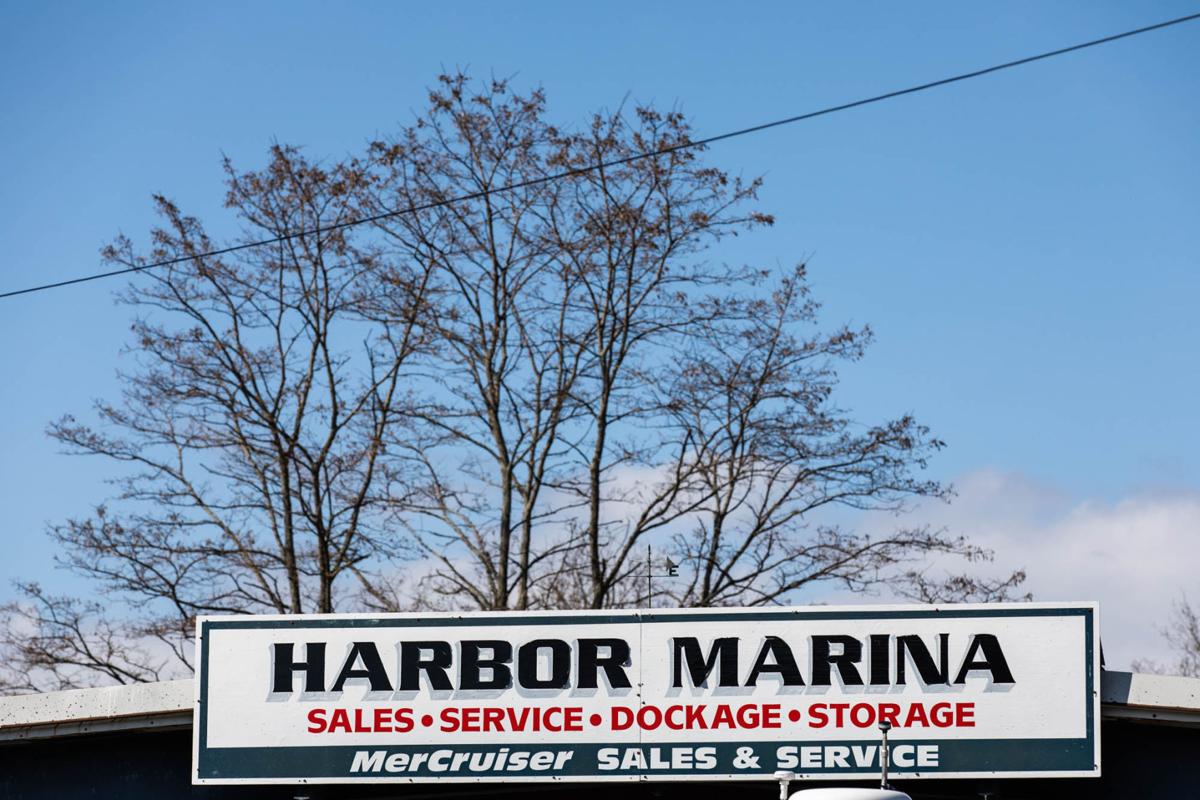 Boats sit docked at Harbor Marina, Henderson, on Thursday. Marinas have been deemed nonessential businesses by the state and will be scrambling to get work done for the boating season once they are allowed to reopen. Sydney Schaefer/Watertown Daily Times

This would be the time when employees at Bonnie Castle Resort and Marina would be prepping 275 boats and starting to get them into the water.

But they’re still in winter storage, waiting for the coronavirus to finally be over.

The recreational boating season is still about 40-plus days away, but Norm I. Hutchinson, who runs the marina at Bonnie Castle, worries that it’ll end up a real scramble to get all that work done before then.

“We’re really going to be behind the eight ball,” he said.

Marinas along the St. Lawrence River and Lake Ontario would normally be busy preparing for the boating season, which starts Memorial Day weekend.

But marinas have been deemed nonessential businesses by the state and must be closed while they ride out the coronavirus pandemic. Boating docks are in the same boat and cannot be used.

At Bonnie Castle, Mr. Hutchinson is the only one working. He’s answering phones from boat owners wondering about the current circumstances of their vessels.

The 19 seasonal employees at the marina are sitting at home, waiting to get word that they can start work. They’d be getting out to the boathouses, removing a beam underneath and making sure each boat’s battery is OK and its engine is serviced.

It’s the same situation with all of the 30 or more marinas in the north country. Marina owners and operators thought that they’d be ready to roll on April 15. It looks like now it’ll be April 29, at the earliest.

“Everything is dead right now,” Mr. Hutchinson said. “Nothing is going on.”

The boats at Bonnie Castle are sitting in three large boathouses and two other buildings, while 50 remain shrink-wrapped in dry dock.

The Alexandria Bay fire department boat was given permission to be put in the water, as well as a handful of boats owned by islanders who need them to get to their properties on Wellesley, Manhattan and other islands.

A few weeks ago, Marina owners received a memo from the U.S. Border Patrol that Canada closed its borders to noncitizens. There’s absolutely no boating going on in Canada because of the virus, not even a canoe can get into the water.

So Canadian boat owners who use Bonnie Castle to store their boats are wondering what’s going on with their vessels. They have no idea when they’ll be able to use their boats this season, Mr. Hutchinson said.

After high waters sunk boating seasons in 2017 and 2019, no one expected that the COVID-19 crisis would be ship-wrecking the start of the recreational boating season now.

Many of the marina owners are notifying boat owners on FaceBook that they’re closed “until further notice,” when Gov. Andrew M. Cuomo decides the coronavirus crisis is over and he lifts the ban.

Mike Miller, general manager for Harbor’s End Marina in Henderson, would be open by now, usually starting to operate for the season on the first Monday of April.

With 146 boat slips and storage for 60 more boats, Harbor’s End is considered an essential business because it docks a state Department of Environmental Conservation boat and it offers fuel.

Edwin D. Glaser, general manager of Harbor Marina in Henderson, felt the same way. His marina services the DEC boat, so he, too, could legally be up and running.

But government work is the only job the marina could do. Marinas could get fined if they got caught violating the governor’s directive, he said.

Jeff Cohen, who owns Lake Ontario Mariners Marina in Henderson and Bayside Marina in Clayton, was unaware that marinas were off limits. He said the state’s been unclear about the guidelines and he has continued to be open.

Last week, he helped a couple fishermen get their boats into the water.

Like the other marina owners, he’s hoping that the state lifts the ban by Memorial Day weekend.

It’s been a season that he’s never seen before, Mr. Miller said.

And he hopes he’ll never see one like it again.

Give some people a flashlight and they think they’re a sheriff. Cuomo is certainly flattening the economy...