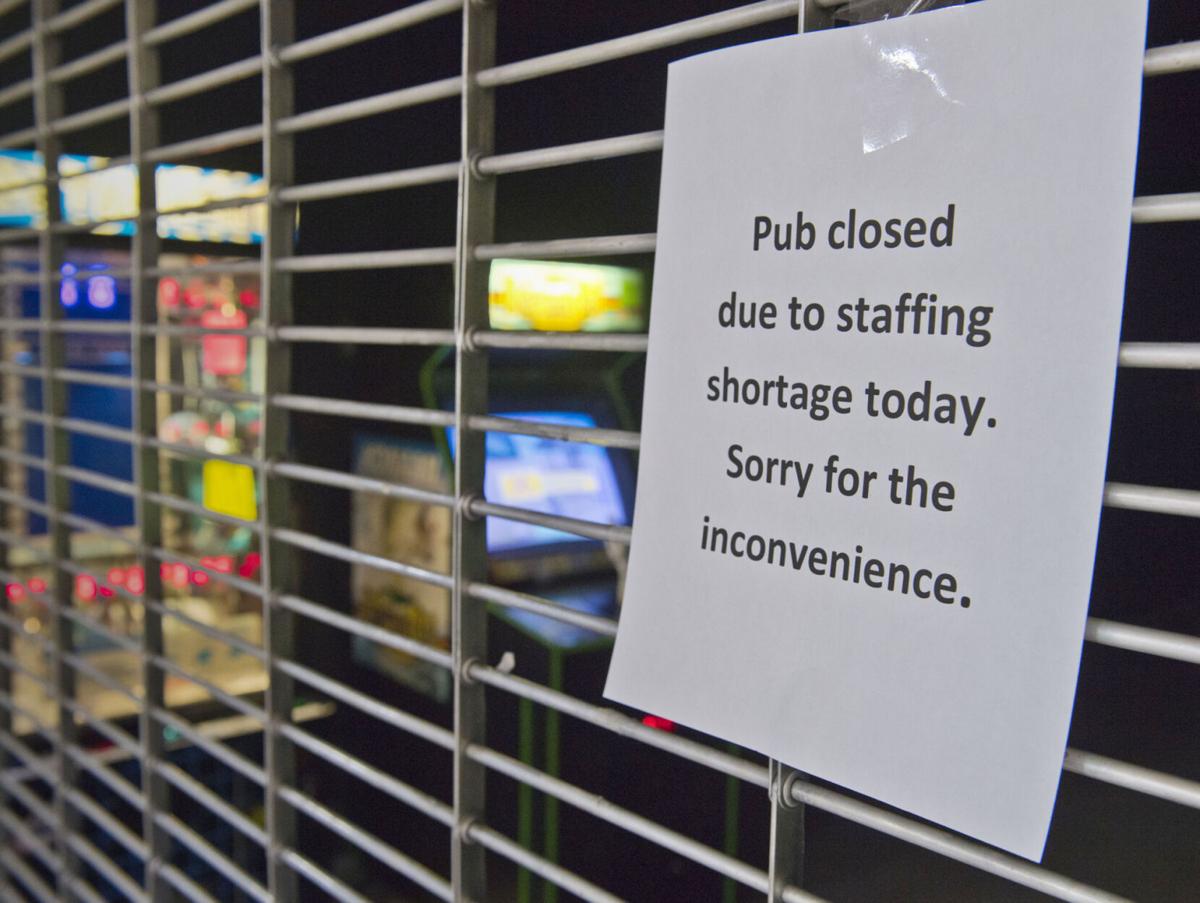 Backlit by arcade games, a sign on the security gate at All American Pub in the St. Lawrence Centre, Massena, explains the pub’s closure due to a staff shortage. Christopher Lenney/Watertown Daily Times 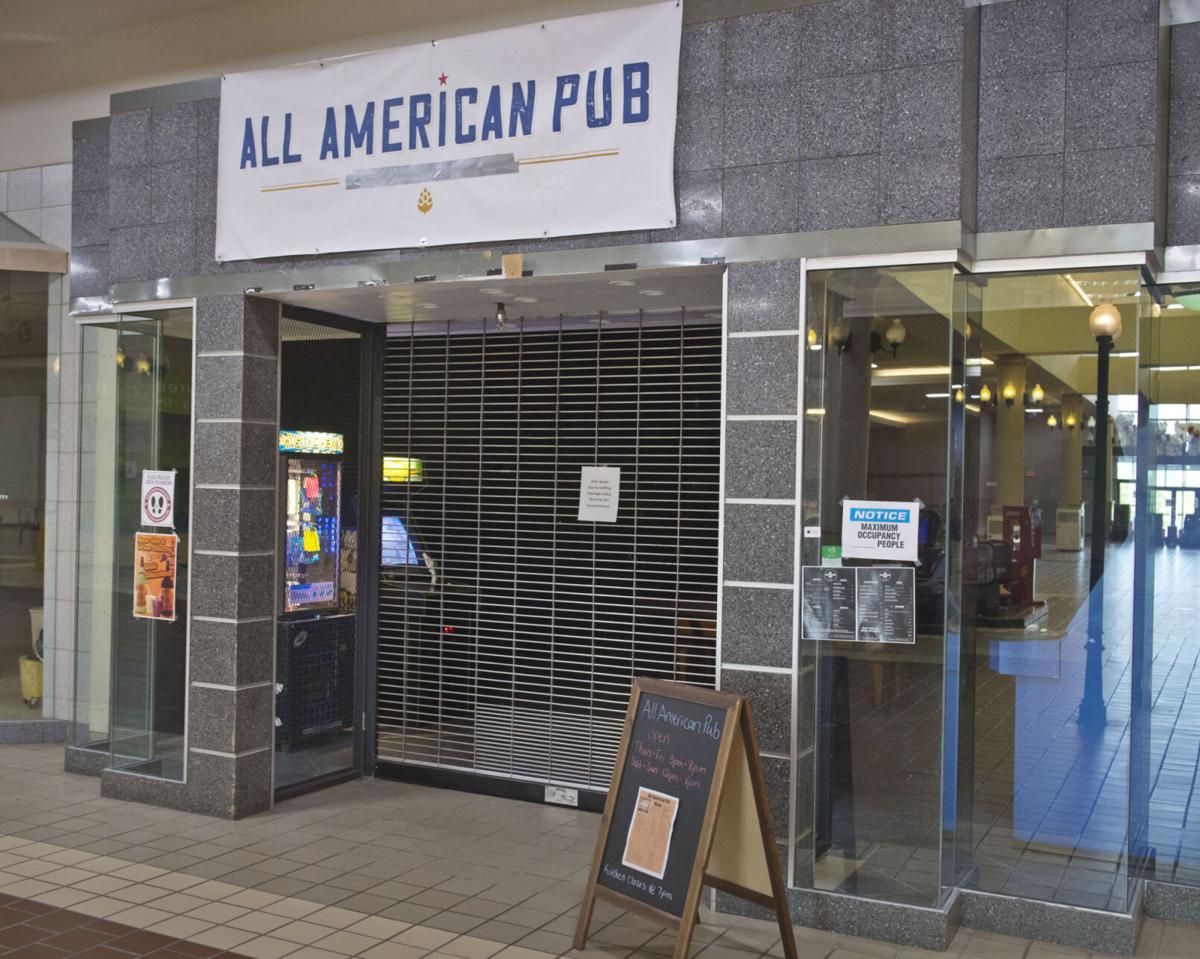 All American Pub in the St. Lawrence Centre, Massena, has temporarily closed due to a staff shortage. Christopher Lenney/Watertown Daily Times

Backlit by arcade games, a sign on the security gate at All American Pub in the St. Lawrence Centre, Massena, explains the pub’s closure due to a staff shortage. Christopher Lenney/Watertown Daily Times

All American Pub in the St. Lawrence Centre, Massena, has temporarily closed due to a staff shortage. Christopher Lenney/Watertown Daily Times

All American Pub, inside the St. Lawrence Centre in Massena, decided to close this week, with an anticipated October reopening. Pub owner Erica A. Leonard said staffing levels have fluctuated starkly this summer, with the need for a hiatus becoming more apparent in the last two weeks.

As of Thursday, she said, three employees managed the bar and eatery. Ms. Leonard handled the kitchen, while a bartender and two floaters covered everything else. Open interviews have been scheduled and applications have been circulated, but “nobody’s applying,” she said.

The pub, which opened in February 2020 a month before the COVID-19 pandemic took hold in New York, has been closed for the majority of its existence. Ms. Leonard said she lost thousands of dollars worth of food and drink inventory when the restaurant initially closed in March 2020. With only a month’s worth of sales documentation, Ms. Leonard said, early federal pandemic relief from the Paycheck Protection Program through the Small Business Administration only amounted to about $2,000.

The pub reopened in March of this year, and now with six months of operation, Ms. Leonard said sales figures just haven’t accumulated yet to be eligible for many Small Business Administration funding programs.

She’s hosted local bands to boost interest, but she hit an impasse with hiring. The staffing shortage, she said, is now cyclical — too few, overworked employees are keeping the restaurant running, deterring potential applicants from applying.

“It’s burning out the staff that I do have,” Ms. Leonard said, “and customers are not being very gracious with the staff because they don’t like the inconsistency.”

The best path forward, Ms. Leonard added, seems to be to close for the month of September while she recruits and trains new employees. Additional open interviews have been rescheduled for Sept. 23 and 24. Gift certificates, even if expired, will still be honored.

Some 60 miles south at the other end of the county, Route 11 Diner in Gouverneur is also temporarily closed.

The restaurant announced the move Thursday on its Facebook page, citing staffing issues. Route 11 Diner reopened seven days a week at the end of June and has posted job openings this summer.

America today. Biden and the rest of the squad Everything FREE. This will be the end of the country as we know it if allowed much longer.