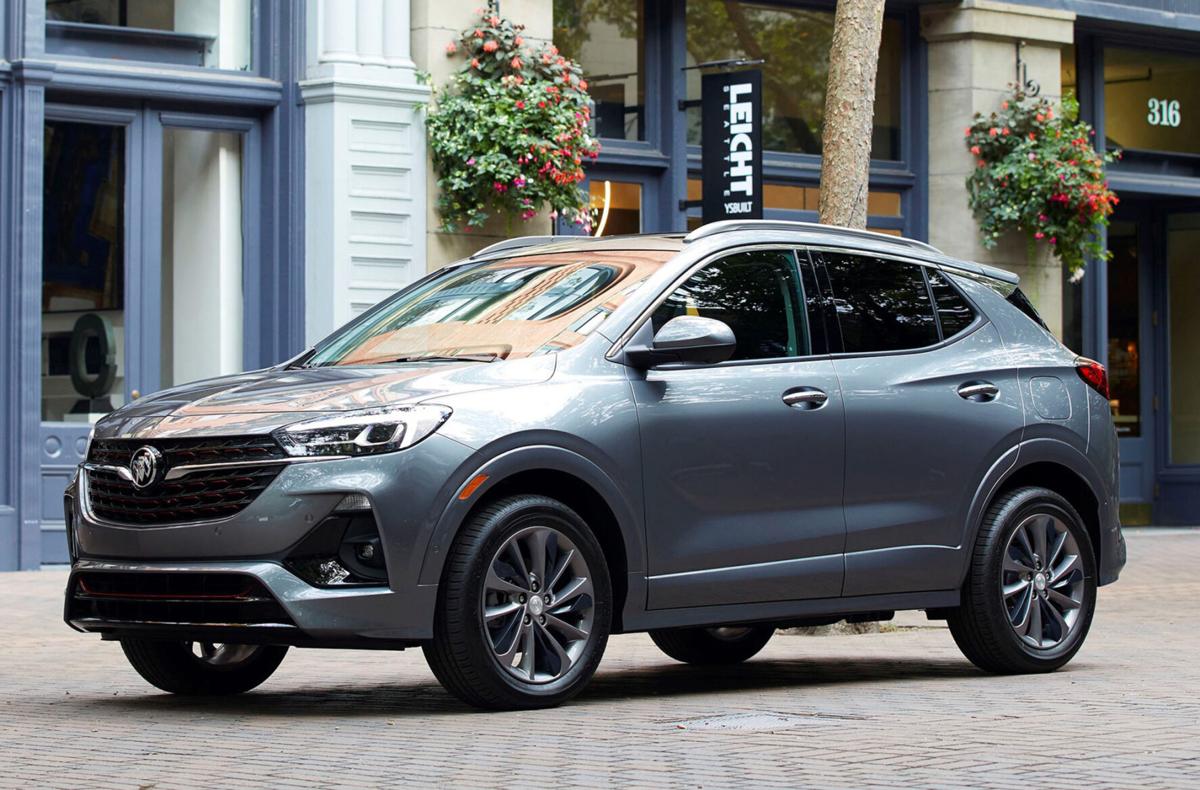 The 2020 Buick Encore GX is bigger than its sister Encore, with more interior room and AWD optioned. Buick 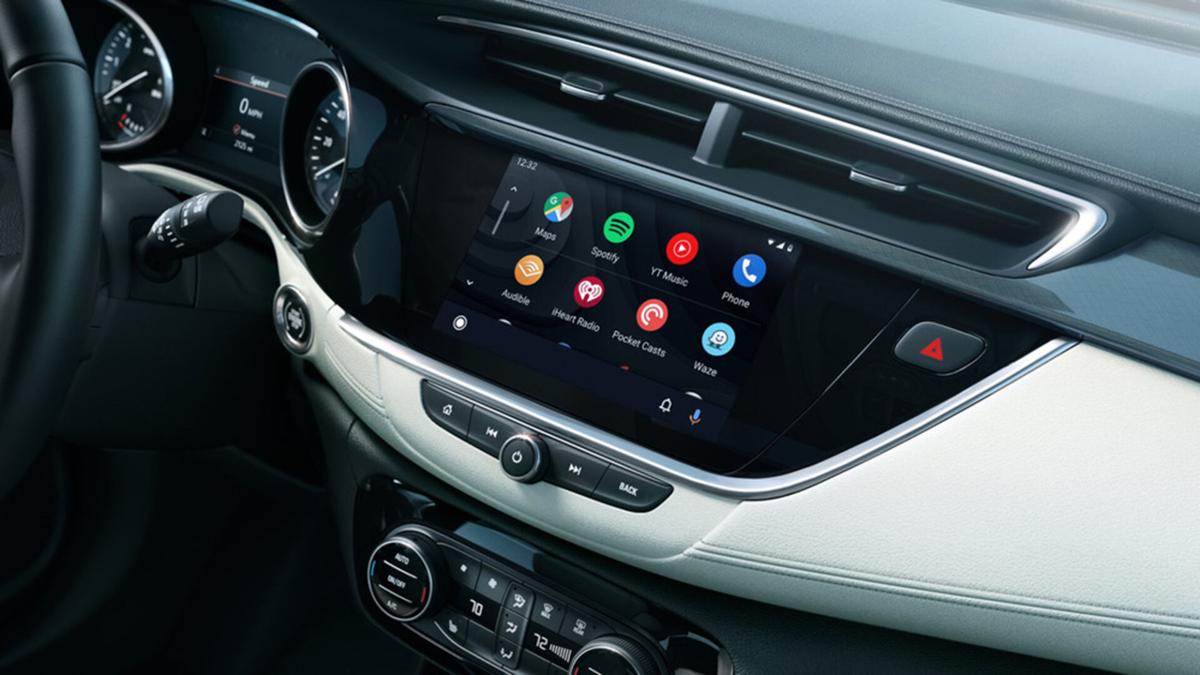 The cockpit of the 2020 Buick Encore GX ST is a comfortable place to be with big knobs, good ergonomics and lots of technical features. Buick 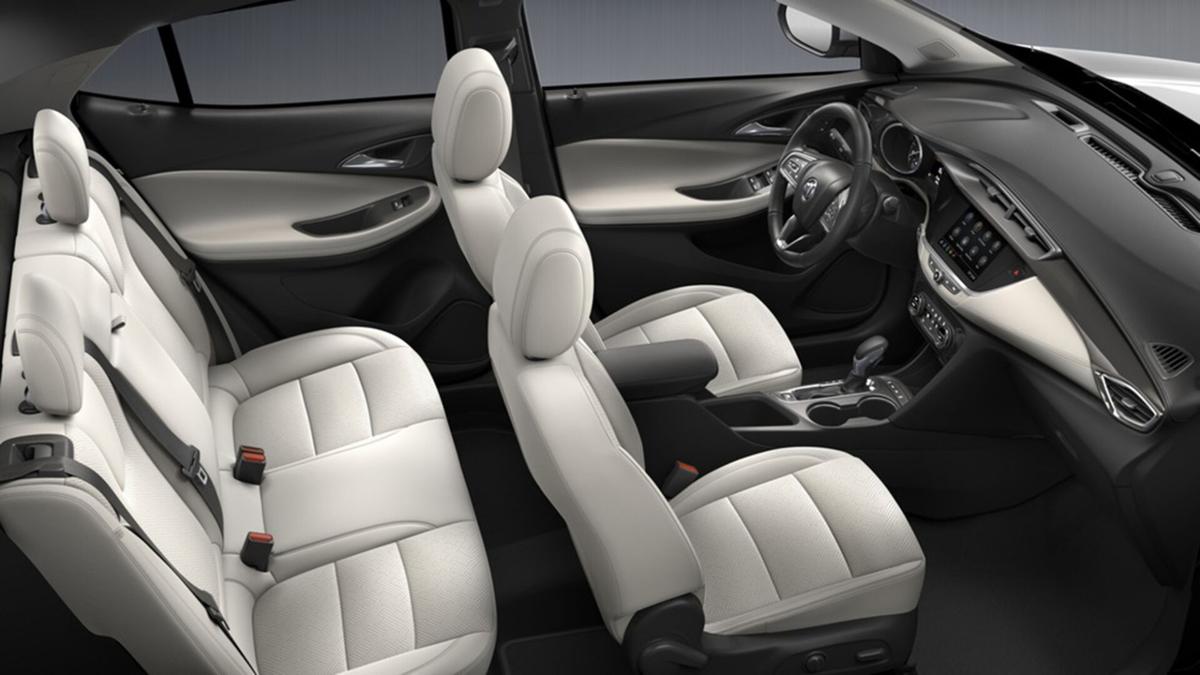 Cockpit features are familiar to other GM premium products. Buick 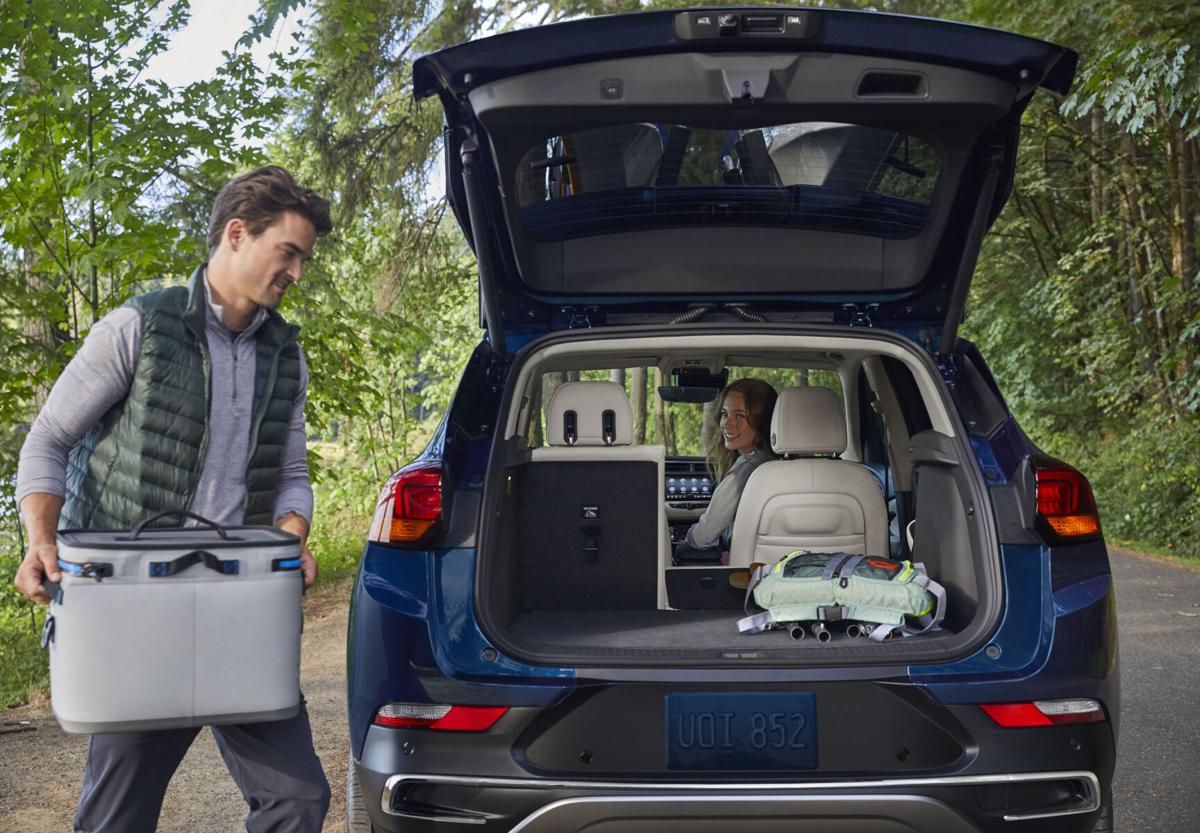 The 2020 Buick Encore GX is bigger than its sister Encore, with more interior room and AWD optioned. Buick

The cockpit of the 2020 Buick Encore GX ST is a comfortable place to be with big knobs, good ergonomics and lots of technical features. Buick

Cockpit features are familiar to other GM premium products. Buick

If you’ve been on Mars for the last few years, you may be disoriented when you see what’s happened to America. No, I’m not talking about the coronavirus pandemic and racial tension; I’m talking about Buick’s lineup.

America’s once-stodgy sedan brand has been transformed into a stable of hip SUVs.

Buick’s “mistaken identity” ads featuring utes like the Envision and Enclave were the most watched car ads of 2019, and “That’s not a Buick!” has become an American catchphrase. I’m not making this up.

To convince you the world has gone mad, let’s unpack the name of this week’s tester, the 2020 Buick Encore GX ST.

The 2020 Buick Encore GX sells Buick style and comfort. On Detroit’s rough roads, the nicely tuned suspension made for a smooth ride.

It’s the bigger brother of the Encore — Buick’s pioneering 2013 subcompact SUV. Yes, I just used Buick and pioneering and subcompact in the same sentence. Polling rock-bottom in brand identity and desperate for attention, GM let Buick’s product team off the leash to create a segment-busting, entry-level, cuddly SUV. Consumers adored the little pup.

Hitting the SUV craze in full stride, Encores flew out of the pet shop, selling 102,000 copies last year. That’s more than the Honda HR-V, for goodness sake. It also brought in new buyers to the brand who could move on to Buick’s other crossover offerings, the Buick Envision and three-row Enclave.

Buick decided to milk the Encore’s success with the Encore GX (for Grand Crossover). In Encore’s pioneering spirit, the Encore GX is one of the first subcompact-plus SUVs, shoehorned between the subcompact and compact spaces. Yeah, I’d like a new name, too, to avoid confusion. But Buick’s marketers figure they have a good thing going.

The 2020 Buick Encore GX is bigger than its sister Encore, with more interior room and AWD optioned.

Other than its surname, Encore GX shares nothing with little-bro Encore. It’s on a longer front-wheel-drive platform, offers all-wheel drive and is more space-comparable to a compact — yet isn’t as doughty-looking as the more expensive Envision.

And just to remind you that it’s a luxury car, the Encore GX comes complete with an alphanumeric alphabet soup designation like the ST (for Sport Touring) tacked onto the end of the name. It’s right up there with the Mercedes GLA 63 GT mouthful.

So successful is Buick’s SUV transformation that it’s quietly killed off its last remaining sedans, the Regal and Regal Tour X Wagon. They were my favorite Buicks with their hatchback utility and sleek lines. Carrying on their sex appeal, my Encore GX ST was smeared with alluring red lipstick in the grille and a peppy 155-horse turbo-3 cylinder.

That’s not a typo. I said three-cylinder in an SUV.

Engineers are doing marvelous things with three-bangers these days, and I have mourned the passing of the Ford Fiesta and its “Godzilla-in-a-box” 1.0-liter turbo-3. It was a joy to drive while returning 35 mpg. The Encore GX’s 3 isn’t so sippy (just 28 mpg), but when mated to GM’s state-of-the-art 9-speed tranny it is plenty zippy.

The cockpit of the 2020 Buick Encore GX ST is a comfortable place to be with big knobs, good ergonomics and lots of technical features.

Trouble is, while Buick was re-inventing itself, so was the competition. Lunging out of the subcompact-plus starting gates with the $25,095 Encore GX are two more SUVs from premium mainstream brands: the $23,110 Kia Seltos and Mazda CX-30.

Both offer even more powerful engines: the 175-horse turbo-4 in the Seltos, the 186-horse 2.5-liter 4-cylinder in the Mazda — while returning comparable 27-mpg fuel economy.

More important, they expose GM’s persistent refusal to standardize technology (a miss most glaring in the $78,000 Chevy Silverado I recently tested that neglected adaptive-cruise control). Adaptive-cruise and blind-spot assist — two essentials on Mrs. Payne’s shopping list — are standard in both the Kia and Mazda for hundreds of dollars less than the Buick.

Some buyers will balk at the Kia’s eccentric styling but not the Mazda, which (despite its lamentable wheel-arch cladding) is one of the most appealing vehicles out there. Then Mazda loads on the value.

An all-wheel-drive CX-30 (with Select trim) equipped with standard adaptive-cruise control, blind-spot assist, automatic windshield wipers and leather seating clocks in at $28,700. My front-wheel-drive Encore GX ST (in comparable Essence trim) started at $29,495 before selecting options that are standard on the CX-30.

Fold down the rear and front passenger seat and the 2020 Buick Encore GX can swallow long items like winter sleds.

Escape to rural roads in the Mazda, finger the paddle shifters in manual mode and it’s a fun box with tight handling and an eager drivetrain. The GX doesn’t even come with paddle shifters.

Reach behind the GX’s steering wheel and you can toggle ... not shift paddles, but hidden volume and radio station controls. That’s where Buick makes its play. This is a ute for those who want that old feeling of Buick luxury in a new shell.

Cruise around Metro Detroit and the Buick adroitly soaks up bumps on our oxcart roads. The Mazda wants to squeal the tires; the Buick wants you to hear the sounds of your favorite Sirius XM station.

Cockpit features are familiar to other GM premium products. The infotainment system echoes the Chevy Corvette or Suburban SUV or Cadillac XT4, as did the posh camera mirror in my GX ST tester. There was even self-park assist, particularly useful in an SUV with yuuuge blind spots.

My favorite shared piece is the flat-folding front seat, which I first encountered in the wee Encore back in 2015 when I had knee surgery. If you’ve had leg surgery, you’ll know the difficulty of traveling in anything smaller than a Silverado pickup. But the Encore and Encore GX allow you to fold the front seat flat so I could easily use it as an ottoman from the back seat.

A more common use would be for toboggans that I used to take to Michigan’s snowy hillocks with my kids. GM’s clever engineers have chosen the right side for the 60% split in the 60-40 rear seat so it aligns with the front passenger seat — opening a cavernous aisle from rear hatch to front glovebox (with the front and rear seats flattened).

Of course, if you’re heading out in the snow much, you might prefer the all-wheel-drive option of the Encore GX which gets you into even pricier territory, some $5,000 north of the comparably equipped Mazda. That’s the downside. But just the idea of a young family taking the kids to the slopes in a hip Encore GX ST SUV tells you how much this brand has changed in the last few years.

The 2020 Buick Encore GX is the premium brand’s latest SUV entry slotted between the smaller Encore and the (slightly) bigger Envision.

Henry Payne is auto critic for The Detroit News. Find him at hpaynedetroitnews.com or Twitter @HenryEPayne.