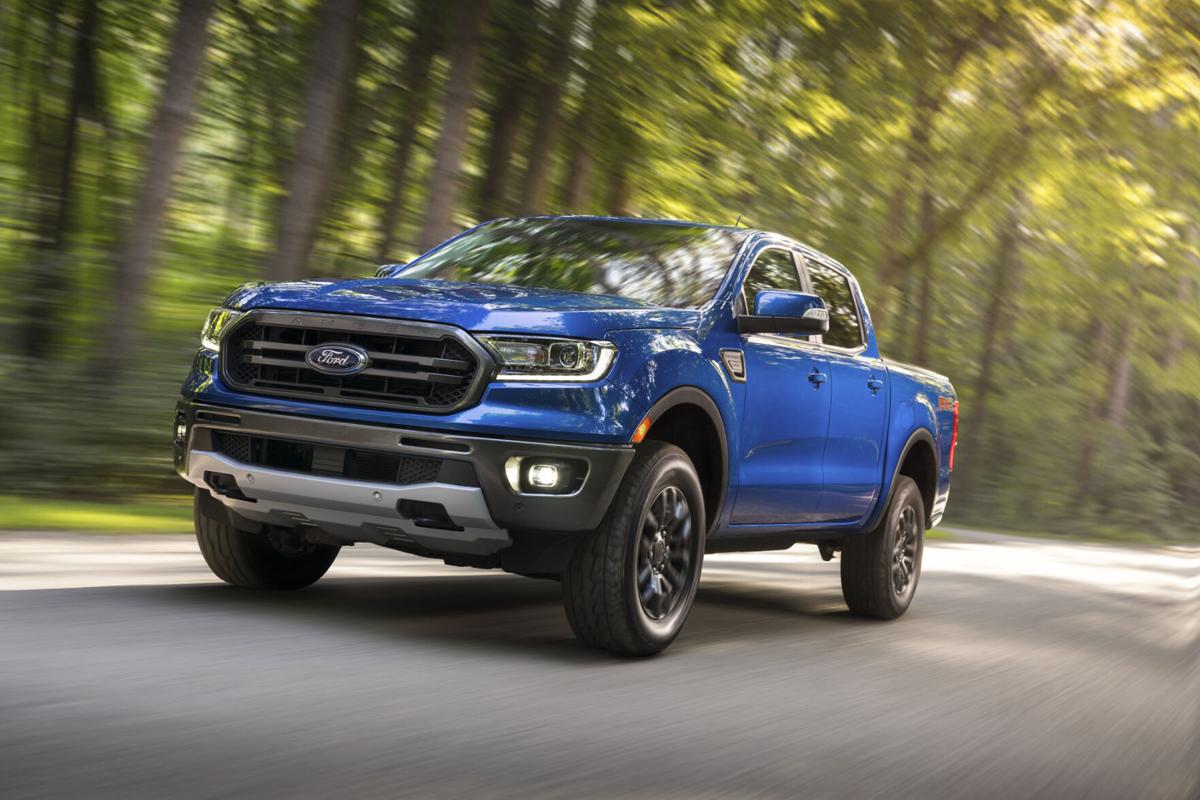 The 2020 Ford Ranger looks not unlike a pint-sized version of the F-150, which is not a bad heritage to have. Ford/TNS 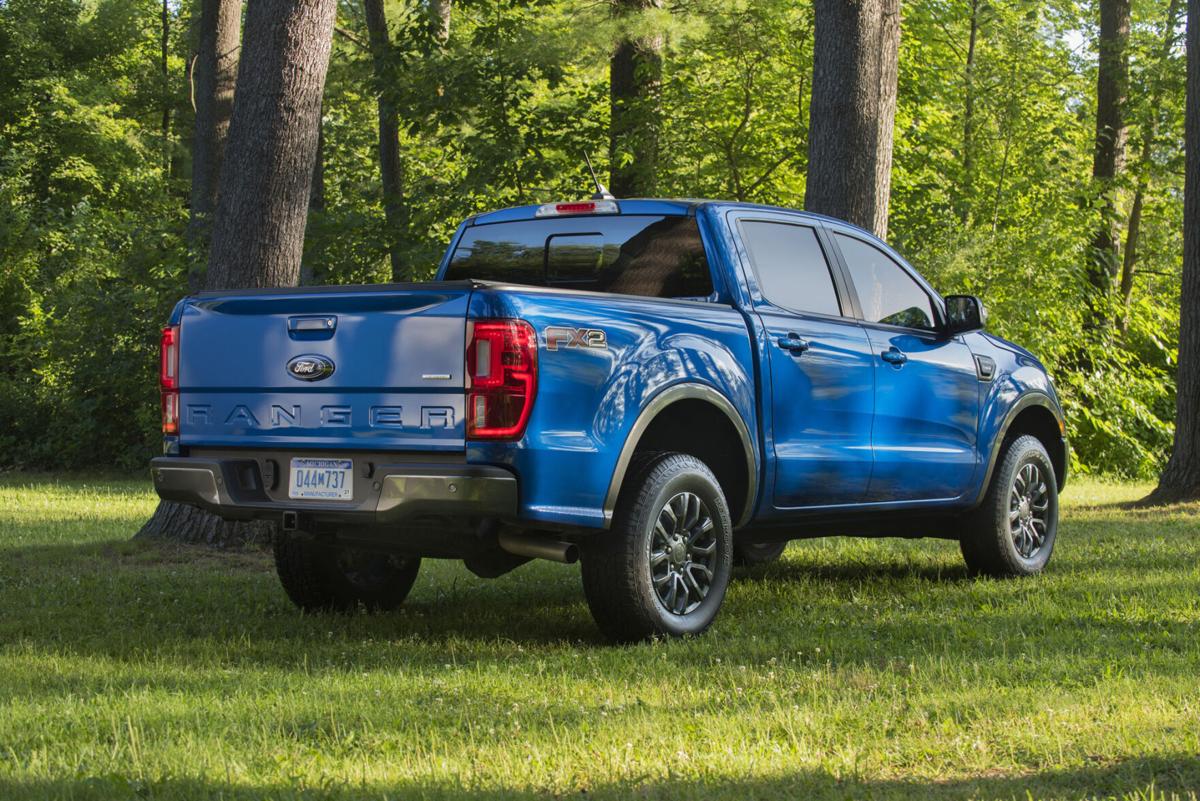 Coming and going — the bed in the SuperCrew is 5 feet long, while the SuperCab grows to 6 feet, but sacrifices passenger space. Eric Perry Photography/Ford/TNS

The 2020 Ford Ranger looks not unlike a pint-sized version of the F-150, which is not a bad heritage to have. Ford/TNS

Coming and going — the bed in the SuperCrew is 5 feet long, while the SuperCab grows to 6 feet, but sacrifices passenger space. Eric Perry Photography/Ford/TNS

Reality: Maybe even better than its big brother, F-150.

What’s new: After being on hiatus since 2011, the Ford Ranger midsize pickup rejoined the lineup in 2019. I’d been lobbying to get a test vehicle since they first came out, and Ford finally found one for me.

I’ll say right up front that Fords tend not to be my favorite vehicles, but that’s not always the worst place to start. Sometimes higher expectations mean a bigger disappointment when review time comes.

And I was lucky enough to put it up against the old standby Toyota Tacoma.

Driver’s Seat: Once upon a time, pickups were utilitarian, spartan boxes, with nary an option available, and seats that sprang more than they cradled.

Somewhere along the way, automakers saw a cash cow in these vehicles, and they became more amenable to the buying public.

The cloth seats in the Ranger I tested offered great comfort and support — even my wife remarked again and again on how much she liked riding in the Ranger. We even had a chance to take it up north, and after a day of riding and hauling furniture and boxes, the seats offered the perfect respite, even without fancy massage features and whatnot.

Friends and stuff: “It’s better than the Tacoma.” That was the answer I got when Sturgis Kid 4.0 was asked about the rear seat. But that’s the low (to him) standard that he sets for all midsize pickups; he loathes the Tacoma Double Cab’s rear seat — understandably — while I found the truck a reasonably pleasant driving experience.

The Ranger rear seat offers decent space all around — foot room, headroom and legroom, but not in great abundance. The middle seat passenger will be a little cramped. The seat itself is fairly comfortable and folds up to add storage, but only as a one-piece. A split would be better.

Cargo space in the 5-foot bed disappeared far quicker than I expected. I usually haul mulch or branches, and there you can pile high and forget it. Furniture is not nearly as forgiving. (The SuperCab version offers a 6-foot bed.) And just one hook per corner made tie-downs complicated.

Up to speed: The 270-horsepower 2.3-liter EcoBoost engine provides a delightful amount of power for the Ranger. This truck just wants to race from place to place — I felt as if I were driving a Mustang. The needle gets to 60 mph in 6.8 seconds, according to Motor Trend, which says that’s half a second behind the Colorado. But something about this Ranger felt zoomy.

And the steep hills of Northeastern Pennsylvania don’t slow it down a bit. Plenty of power is available for getting up just about anything.

On the road: Even more delightful is the way the Ranger handles. I took a first trip on some country back roads and just settled right in to my usual driving insanity. And that was even before I found Sport mode, which livens things up considerably.

But don’t become complacent. This is a tall, narrow vehicle, so when the signs say 15 or 20 mph for the curves, pay attention, or you’ll be lying on your side.

Highway cruising is also a delight. The Ranger offers smoothness even at extralegal speeds. Only the giant craters of old Pennsylvania coal-town roads slow the Ranger down.

Shifty: The 10-speed automatic transmission seemed to function well through the week of testing, although I noticed the occasional uneven power delivery, especially when coming back to town after long spells on the highway.

The FX4 Off-Road Package added electronic locking differential for $1,295, and I employed 4H on a gravel road only once.

Play some tunes: The Ranger’s Sync3 stereo (part of the $995 Technology package, which also added adaptive cruise and forward sensing) fixes all the problems with Ford stereos. There’s a volume knob, and there’s a tuning knob. Even better, the steering wheel buttons include a “home” button and a “settings” button, getting drivers instantly to some important screens. Nice touch.

The system plays clearly and reproduces sound well, about an A-.

Keeping warm and cool: The functions here could be easier. Fussy toggle buttons control temperature and fan speed, and changing the source means going into the touchscreen. Not fun when you’re unfamiliar with the system at night when the windshield is suddenly fogging over.

Fuel economy: This is the final piece of great news — even with my lead foot, the Ranger still tallied 22 mpg, in a wild, wild ride worthy of a sports car. Feed the vehicle whatever.

How it’s built: Consumer Reports gives the Ranger a predicted reliability of 4 out of 5 stars.

In the end: Definitely the most fun and best fuel economy I’ve seen in a small pickup.