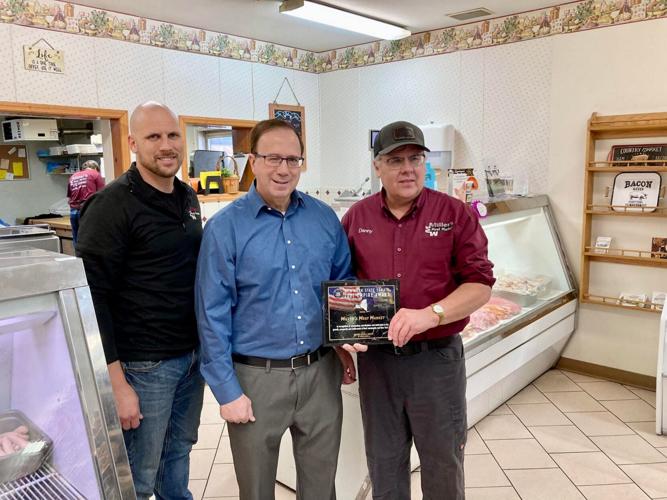 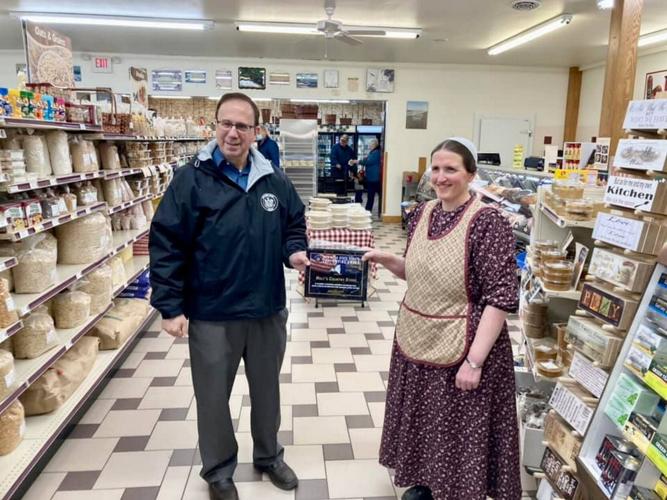 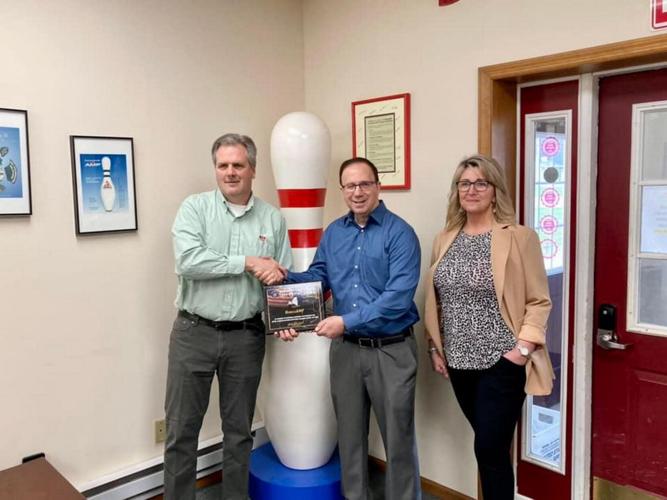 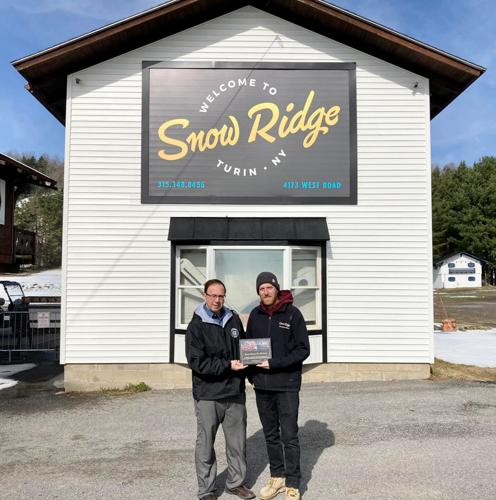 LOWVILLE — State Sen. Joseph A. Griffo, R-Rome, visited a group of Lewis County businesses to present them with Senate Empire Awards on Thursday.

The senator said in an interview that each year, he and his team consider several factors in selecting recipients based on community input and their own interactions with businesses around his district.

“(The award gives) an opportunity to look at some of those businesses, this year particularly Miller’s who are celebrating their 60th anniversary this weekend,” Sen. Griffo said. “They have such exceptional products there and outstanding service — it’s a great family — so it was really an honor to be able to represent and recognize (them).”

Miller’s Meat Market in the town of Watson is a family-owned butchery that also specializes in a number of homemade salads, sausages and deer processing services during hunting season. Darrell E. Miller and Daniel J. Miller accepted the award on behalf of their family.

“Nolt’s has been such a mainstay for so long,” Sen. Griffo said. “They work so hard and have such a variety of product there.”

Elaine Z. Nolt accepted the award on behalf of her family in the multifaceted store that is filled with everything from homemade baked goods to groceries and bulk items, clothes, toys, treats and tools.

Sen. Griffo said that he and has wife have visited both of those businesses and have an understanding and appreciation of how they do business, so the casual conversations during the day’s visits didn’t uncover any new information.

That was not the case, however, during the award presentation to QubicaAMF General Manager Wayne White and Human Resources and Safety Manager Shellie L. Marks.

“I never realized that their corporate headquarters are in Richmond (Virginia) but then they’re owned by an Italian company. I should have gave that award in Bologna,” Sen. Griffo said with a laugh. “That would have been kind of cool.”

Sen. Griffo was also finally able to honor the owners of Snow Ridge Ski Resort in Turin who were selected for an Empire Award during the height of the COVID-19 pandemic, as “they continue to provide an important recreational and economic element to the county and to the region.”

Nicholas D. Mir and his mother Cynthia J. Sisto, purchased Snow Ridge in 2015 and have tried to innovate and bring new ideas to maintain the business’ success.

“I think everybody was pleased and it’s just our way to acknowledge them for their many contributions that they have and continue to make to grow the economy, to better the community,” Sen. Griffo said. “They’re just all good people and it was a pleasure to have the chance to visit and present the award.”

The visits also reinforced his determination to better understand the cause of the staffing shortages that are plaguing so many businesses, including QubicaAMF.

“It’s something we really need to address, to understand why we have such shortages now … as opposed to 2½ years ago where we had higher unemployment and we had more people than jobs, and now there are a lot more jobs than people,” Mr. Griffo said. “We really have got to get a handle and grasp on what and why are we in this situation and what it means not only to the economy, but to people. That’s something we really have to focus on as we move forward.”

According to the Senate’s website on the Empire Awards, they are given to businesses in recognition of outstanding contributions and dedication to the growth and prosperity of the community and the state of New York.