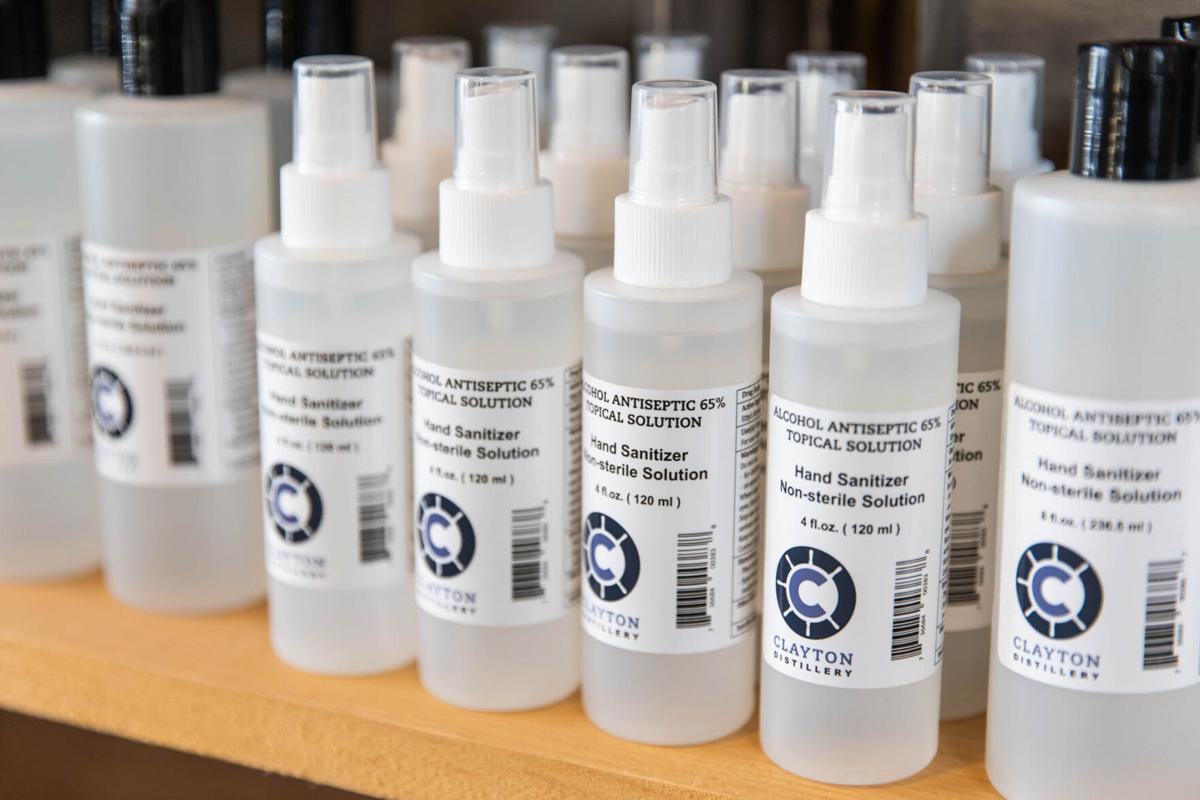 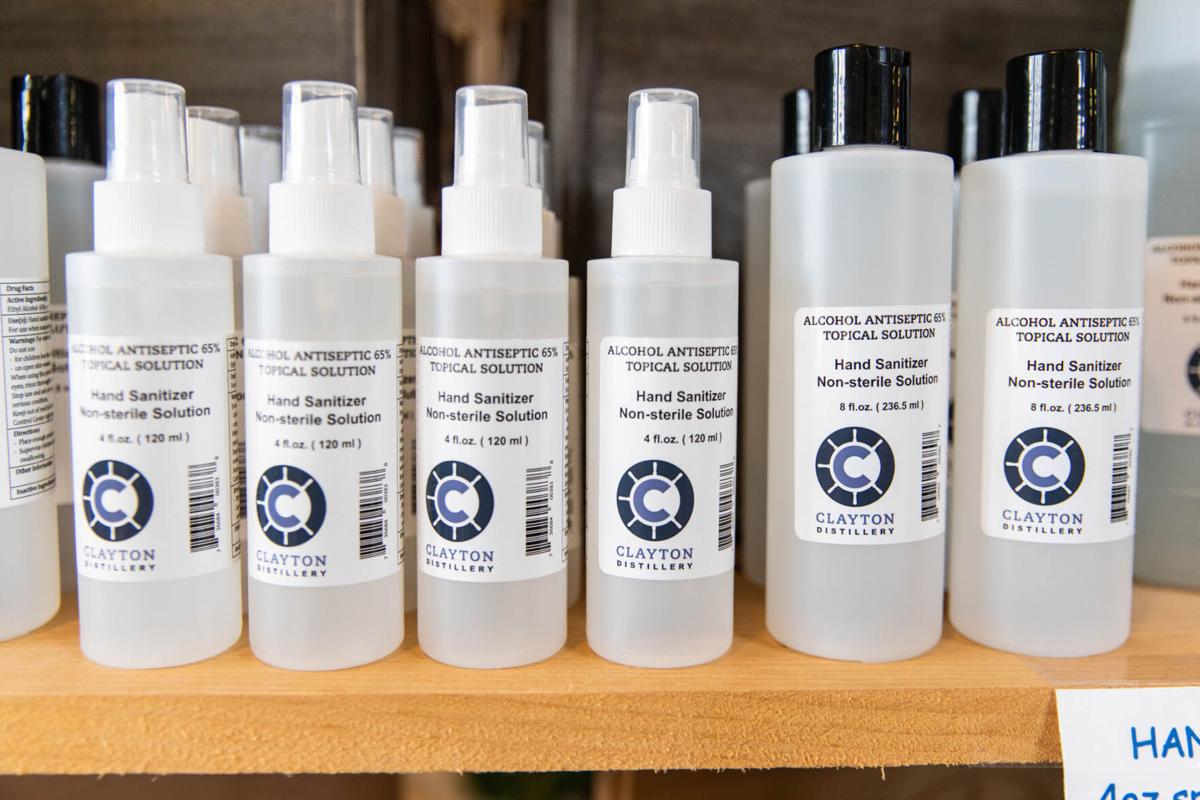 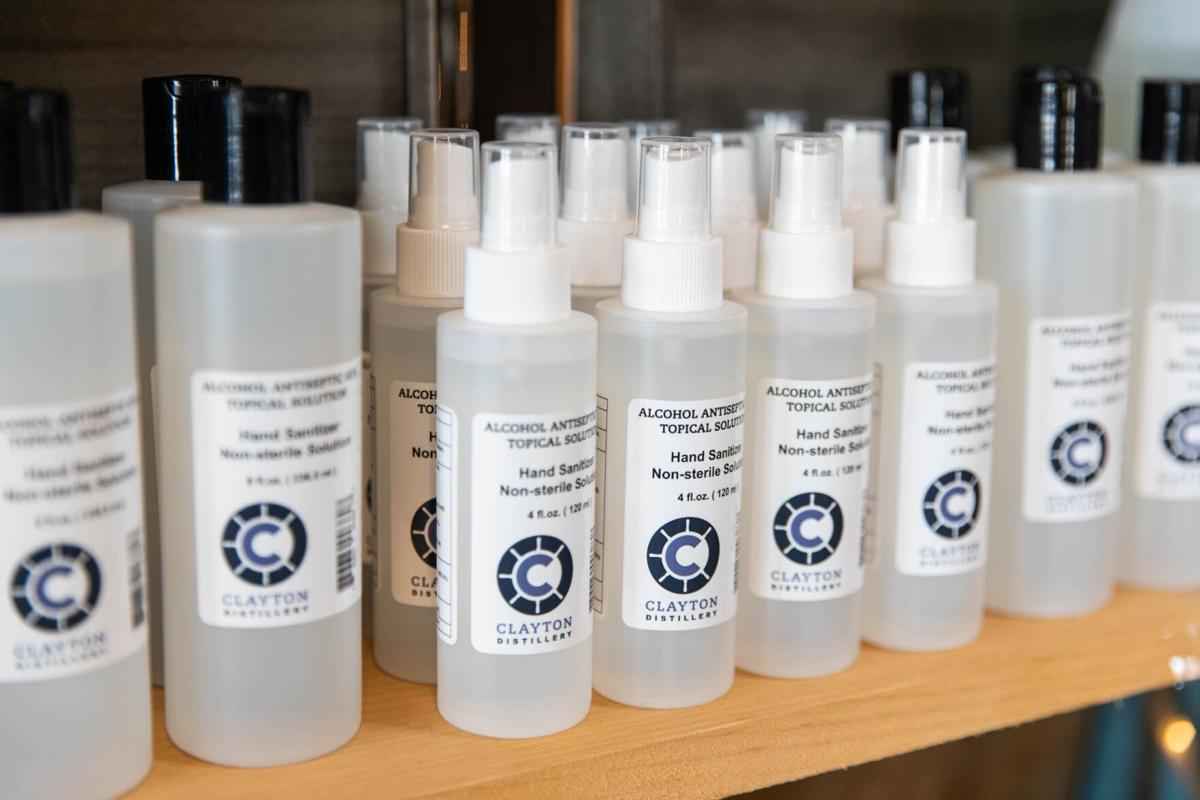 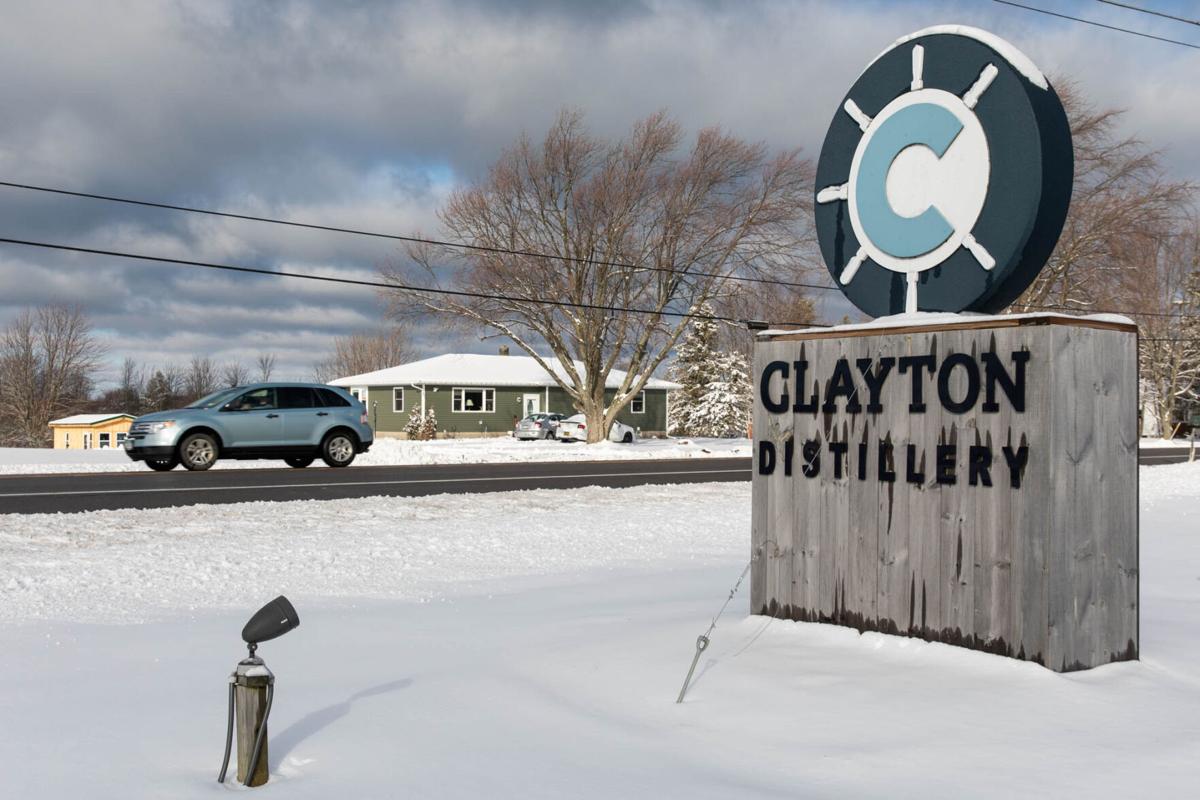 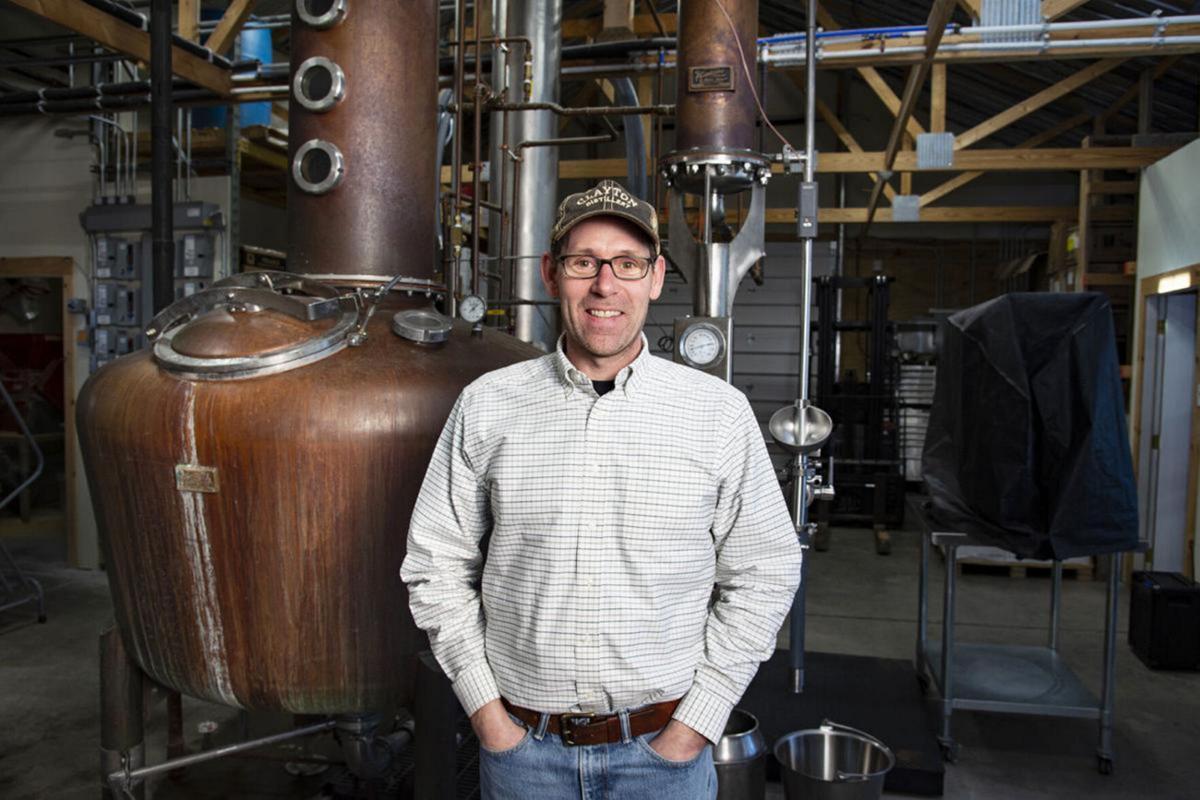 Mike Aubertine, owner and distiller at Clayton Distillery, is shown at the business in Clayton in March. Watertown Daily Times 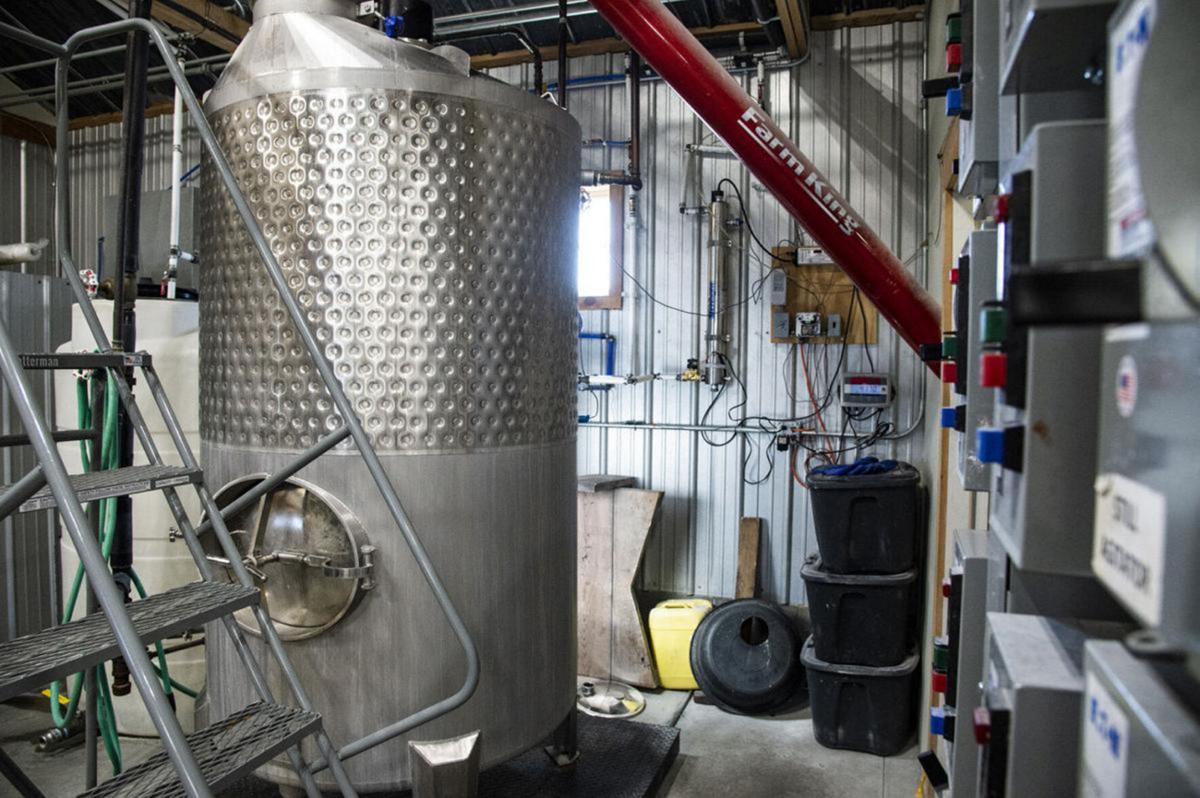 A view of the mash cooker inside the Clayton Distillery in March. Watertown Daily Times

A view of the mash cooker inside the Clayton Distillery in March. Watertown Daily Times

CLAYTON — The Clayton Distillery was recently notified that it would have to pay nearly $24,000 in fees for making hand sanitizer, most of which was donated to first responders and frontline workers. It was also reported that the owner of Dark Island Spirits in Alexandria Bay was hit with a similar unexpected $14,000 fee.

The move by the U.S. Food and Drug Administration stunned even the U.S. Department of Health and Human Services, which ultimately led to the fees being rescinded hours before the new year on Friday. But the move has left some distilleries with hundreds of gallons of sanitizer they reportedly cannot sell.

According to the HHS, on Dec. 29, the FDA issued what it calls an over-the-counter drug user fee. The notice was going to result in many distilleries, which began making hand sanitizer at the onset of the COVID-19 pandemic, having to pay thousands in fees for making the disinfectant concoction.

“This action was not cleared by HHS leadership, who only learned of it through media reports late yesterday,” a prepared statement from HHS on Thursday — New Year’s Eve — reads. “The HHS Office of the General Counsel has reviewed the matter and determined that the manner in which the fees were announced and issued has the force and effect of a legislative rule. Only the HHS Secretary has the authority to issue legislative rules, and he would never have authorized such an action during a time in which the Department is maximizing its regulatory flexibility to empower Americans to confront and defeat COVID-19.”

In a statement, an FDA spokesperson said the agency appreciates and understands the concerns from manufacturers and small businesses.

According to the FDA, The Coronavirus Aid, Relief, and Economic Security Act, also known as the CARES Act, enacted by Congress and signed into law in March 2020, imposes user fees for fiscal year 2021 — and thereafter — to be collected from over-the-counter monograph drug facilities, such as hand sanitizer manufacturers.

The statute does not provide any waiver provisions for any specific category of manufacturer or for the deadline for assessing those fees.

“The agency remains committed to working with all parties to ensure an adequate supply of this important public health tool to help all Americans practice good hand hygiene,” the FDA spokesperson said in an email Saturday morning. “The FDA intends to conduct the implementation of the drug user fee program enacted by Congress and signed into law in an appropriate and transparent manner with these concerns in mind.”

Mike Aubertine, owner of the Clayton Distillery, 40164 Route 12, said that after they were notified of the near-$24,000 fee, the trade organization his business is part of began working to waive the fees.

To do this, Mr. Aubertine said he had to de-list the temporary license he had to obtain in order to sell hand sanitizer. He could still be facing the fees had he not done that so quickly.

“Everyone was scrambling to de-list,” he said Saturday.

Two days after the FDA notice, the issue was resolved and the fees were waived. Mr. Aubertine found out about the reversal at about 9 p.m. on New Year’s Eve.

“There was no common sense to it at all,” he said.

Since he had to de-list his license, Mr. Aubertine is left with about 700 gallons of hand sanitizer he can’t sell. He said he plans to donate it to hospitals, schools or first responders.

“Small business who stepped up to fight COVID-19 should be applauded by their government, not taxed for doing so,” Brian Harrison, HHS chief of staff, said in a statement. “I’m pleased to announce we have directed FDA to cease enforcement of these arbitrary, surprise user fees.”

Government is neither good nor bad, any more than clay or steel is good or bad. It's what we make of it.

And what in the world do you make of this fiasco, rdsouth?