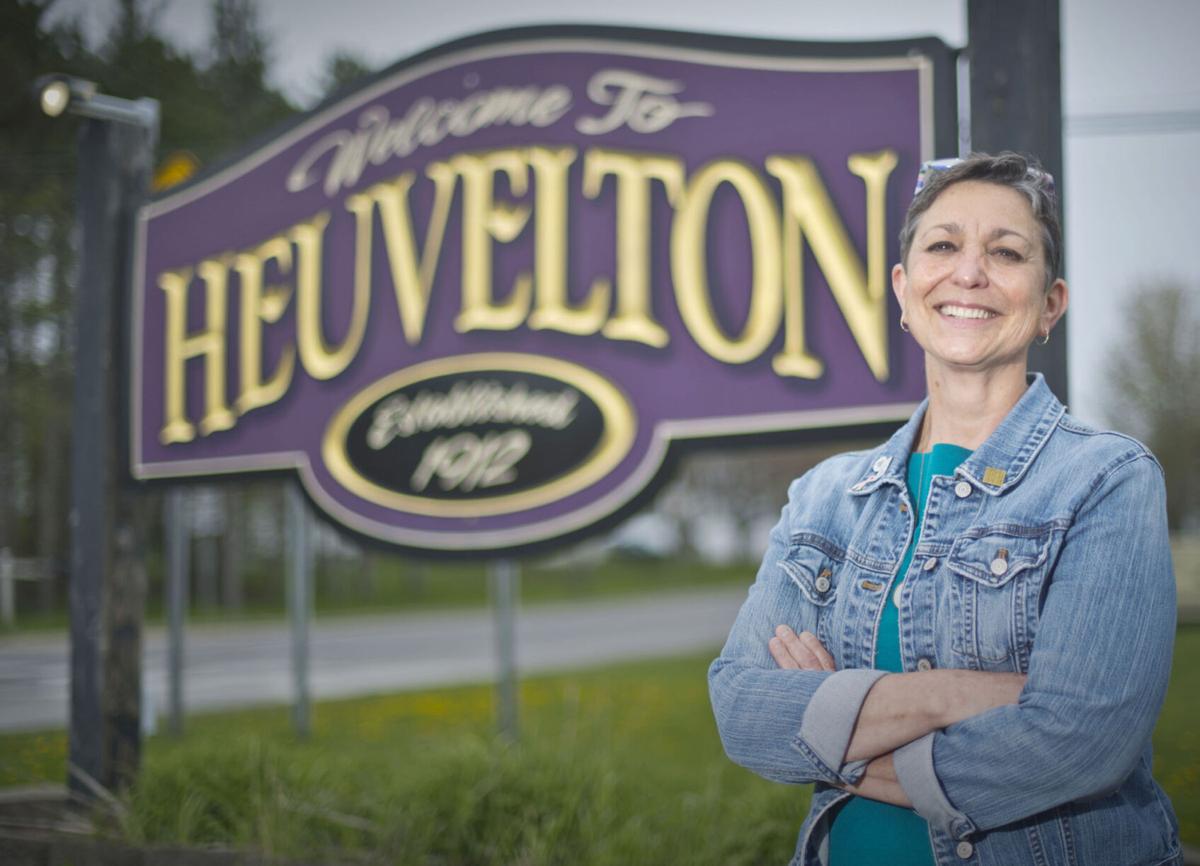 Barbara Lashua, mayor of Heuvelton, stands by a welcome sign on the north end of State Street. Christopher Lenney/The Journal 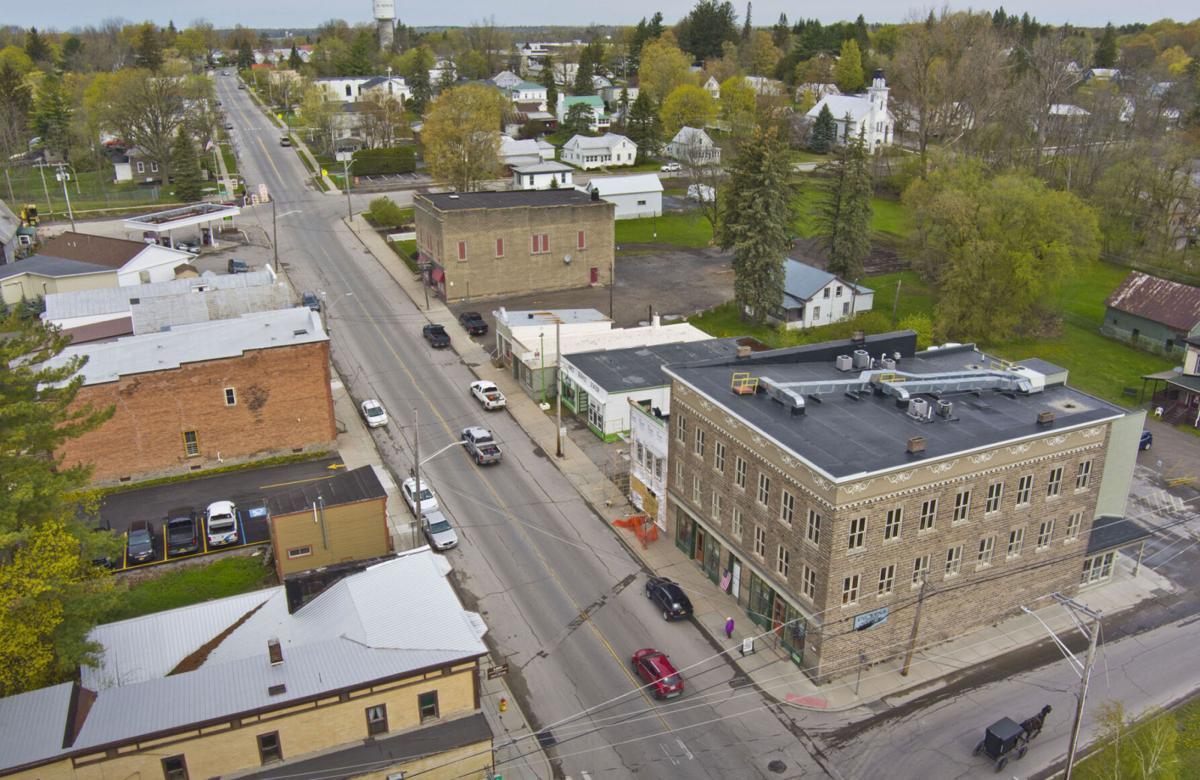 Barbara Lashua, mayor of Heuvelton, stands by a welcome sign on the north end of State Street. Christopher Lenney/The Journal

HEUVELTON — When Mayor Barbara Lashua glances down the Heuvelton’s main street she recalls the not-so-distant past when the area was riddled by vacant businesses.

That’s not the case anymore. Where, at one point in time there were 10 vacant buildings, now there are only three.

Lashua points to a resilient, close community that supports one another as to how Heuvelton has been able to turn its downtown into a thriving area.

“The biggest driver is the community itself,” she said.

She stated that seven businesses are part of the revival that will help such community mainstays like Doug’s Tavern, 36 North State St. and the historic Pickens Hall, 83 North State St., in the future.

May was a busy month for the village’s main street. State Street Grooming opened May 10 at 77A North State St. and Mastrella’s Barbershop, 75 State St., followed on May 14. A new branch of the St. Lawrence Federal Credit Union will soon be opening at 83 State St.

An antique and collectible store will also open at the old Masonic building at 98 State St.

SLFCU CEO Todd Mashaw decided to open a small branch with three employees in Heuvelton after seeing the potential for more members to join his credit union, adding that “the future looks very good there.”

“Our model of a smaller type credit union fits exactly what Heuvelton and smaller villages need,” he said.

The village has also been able to keep the status quo regarding the current businesses on State Street despite the COVID-19 pandemic that hurt businesses and slowed consumer interest. If any businesses were on the verge of closing, even before COVID-19, they were able to change ownership, according to Lashua.

“Not only have we had these new businesses open, but we also haven’t lost any businesses that have closed. Anything that was looking like it might close, has simply changed hands,” she said.

For instance, what was once P&J’s Riverside Diner is now Riverside Deli and Heuvelton Deli is now Jackson’s Deli.

Former buildings have also been recently purchased by businesses that converted them to new lodgings. One is the former Heritage Cheese building at 4782 State Highway 812, now owned by Tel Inc. Electric Construction. Another is the former McCadam Cheese Plant, which is now the home of Montroy’s Construction.

Lashua points to a $490,000 Main Street grant awarded back in 2009 as the initial piece that got the ball rolling and began the village’s transformation. That grant allowed the restoration of Pickens Hall to finish and become an anchor for the community.

The village was also able to install new Heuvelton “welcome” signs and turn a vacant lot along the Oswegatchie River into a village park. More Main Street grant funding helped existing business make improvements to their storefronts and the completion of the bridge Route 812 project marked the beginning, in Lashua’s mind, of good things happening in Heuvelton.

“That seemed to be where we were able to check for a pulse and discover we had a heartbeat and we went from there,” she said of the bridge project.

She points to a tight-knit community that is proud of its history, its school district and its fire department, which just celebrated its 100th anniversary. It’s a community that supports one another and welcomes newcomers.

When Lashua was preparing to make a speech at the fire department’s recent 100th anniversary banquet, she began looking at Heuvelton’s past. There she found an online copy of the Heuvelton Bee printed in 1921.

“So I am reading this four-page paper. The names, there were so many of them. I listed them off in the speech. They were all familiar names. There’s such a deep rooted history here. The family tree has deep roots in Heuvelton for sure,” Lashua said, adding, “You don’t have to be from one of the families who have been here for a 100-years to be welcomed into the community.”

She said that the village board has been active during the process and has been open to new ideas. Consultants, both paid and volunteers, have been instrumental in helping guide the board in the decision making process.

For instance, when the village received funds to build a pavilion at the boat launch, Lashua said that Andy Martin drew up the specs for the board and then Jack Wood has volunteered to put together a crew to build the pavilion for the village. Decisions are ultimately made with the community in mind, according to Lashua.

“It’s not about politics its about the best interest for the community as a priority,” said the mayor.

Sometimes, you have to change how things are done and the “idea that things are going to stay the same” are not as practical today as in the past.

“In order to stay relevant you have to change. Keep your history and what makes your community unique,” said Lashua, “but move forward and I think that’s why we’ve been successful.”