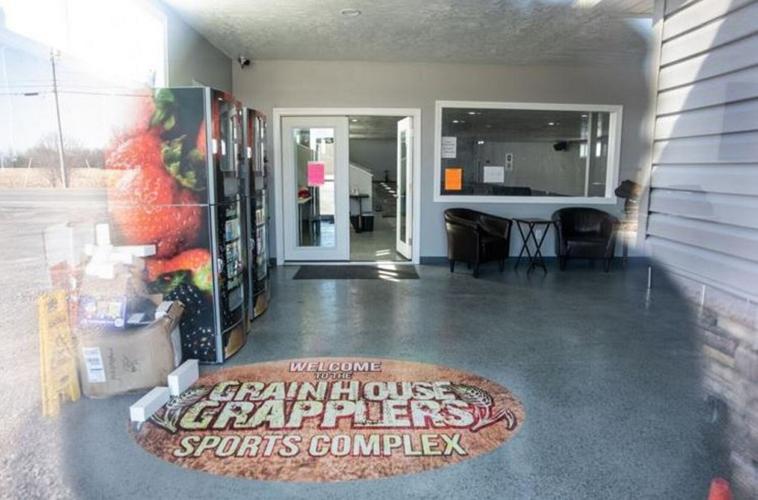 The front entrance of 17612 Route 3 in the town of Hounsfield. Kara Dry/Watertown Daily Times 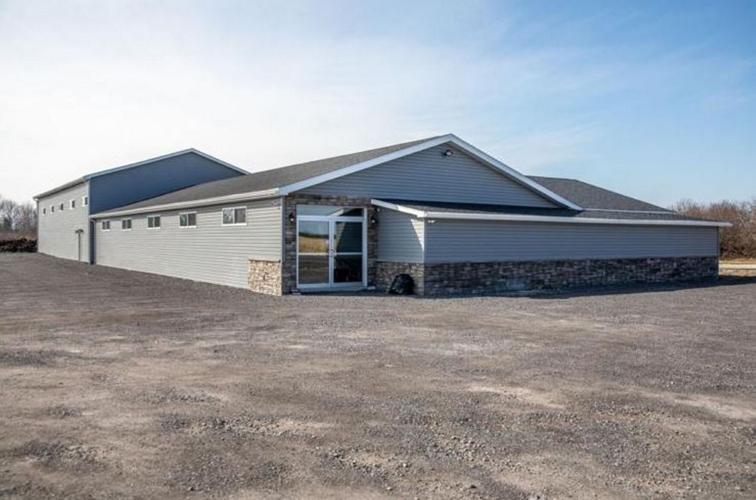 Owner Ricky Martin and the Hounsfield Town Planning Board remain at odds about the site plans for 17612 Route 3. Kara Dry/Watertown Daily Times

The front entrance of 17612 Route 3 in the town of Hounsfield. Kara Dry/Watertown Daily Times

Owner Ricky Martin and the Hounsfield Town Planning Board remain at odds about the site plans for 17612 Route 3. Kara Dry/Watertown Daily Times

HOUNSFIELD — Town Planning Board Chair Yvonne M. Podvin and the owner of a Route 3 building that has been turned into a youth sports venue remain at odds about the use of the facility.

Owner Ricky Martin had received site plan approval to use the building as storage for his construction business in December 2019. But a few months later, he sold the business and then started renovating 17612 Route 3.

He had planned to use the 4,700-square-foot building for storage, but renovated the structure and started using it without first notifying the planning board. He pursued the town approvals only after it was learned that dozens of vehicles were parked along Route 3 for a wrestling tournament in January.

Town planners called that situation dangerous because Route 3 is a busy state highway.

The original site plans did not include approval for public or commercial use, just for storage, Mrs. Podvin has said.

The property is zoned agricultural-residential, but determining its usage has also been an issue. For years, the building sat empty before Mr. Martin purchased it. Before that, it housed Akins Archery and then a gun shop.

The planning board discussion on transitioning the building from private storage to public venue continued this week. The board has yet to move the forward in the process, citing the need for more information from Mr. Martin.

Andrew N. Capone, Mr. Martin’s attorney, was questioned Tuesday by both Mrs. Podvin and town engineer John Condino about the water and septic being used in the building.

Mr. Condino said that they want to ensure that the septic is “sized adequately enough to handle the maximum amount of people you may have there during an event.”

Parking was also a major issue during the planning board meeting.

Mr. Capone and Mr. Martin both argued that the existing parking lot has already been approved, while Mrs. Podvin is arguing that it needs to be revisited because there will be more traffic coming into and leaving the area.

“You can’t compare it to what was or what wasn’t,” she said.

Mrs. Podvin also asked if they had received a Department of Transportation permit to add an additional driveway, and they said that there wasn’t a need for one because there was a parking area with rocks already there. She is arguing that the new parking area was not there a week or so ago. Mr. Martin said he had moved stones recently to add the additional parking. He and his attorney also said the DOT has already been there and approved the driveway previously.

“When you change the use of something … you lose the grandfather clause,” Mrs. Podvin says.

Mrs. Podvin says she wants proof from the DOT that it doesn’t need a permit for the driveway.

“20 years from now, when somebody comes back and looks at this and there’s a bad accident from one of those driveways, I don’t want to be told ‘Oh why didn’t you do this or that,’” she said. She went on to say that she wants to make sure that every aspect of the parking is covered.

Mr. Capone said that there is “a great tradition in the north country regarding wrestling.”

“This is a good thing,” he said of the sports venue. “This is for kids and their families to give instruction … nobody gets in trouble.”

A public hearing about the venue is scheduled ahead of next month’s planning board meeting.