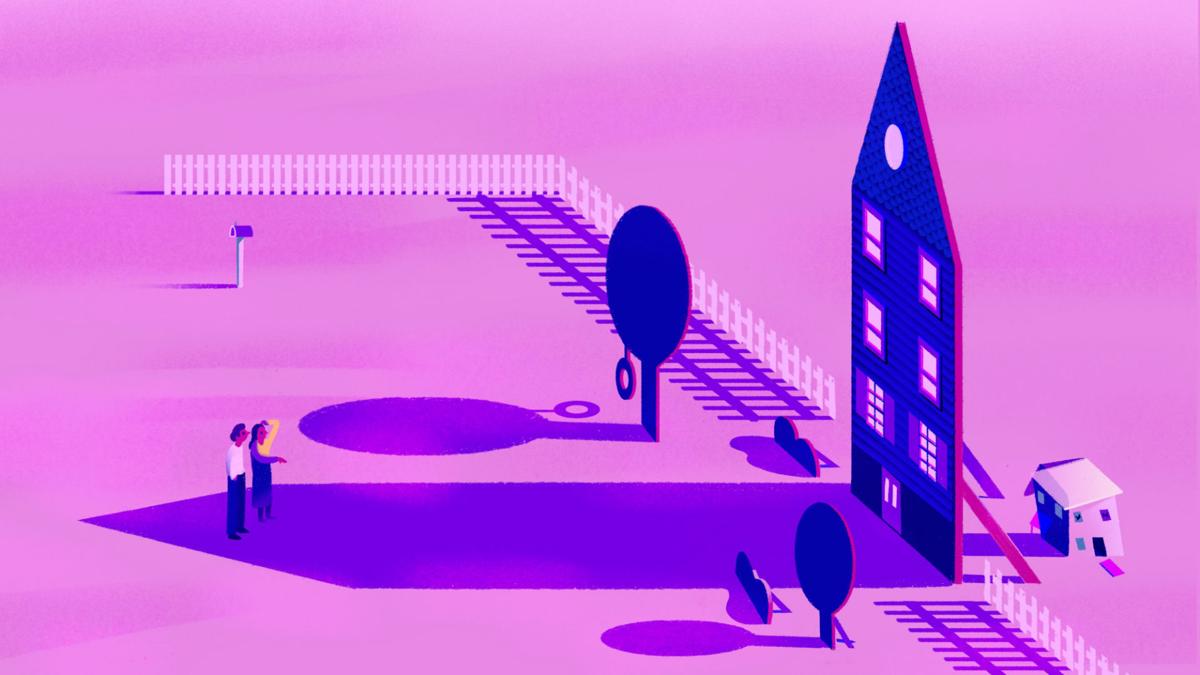 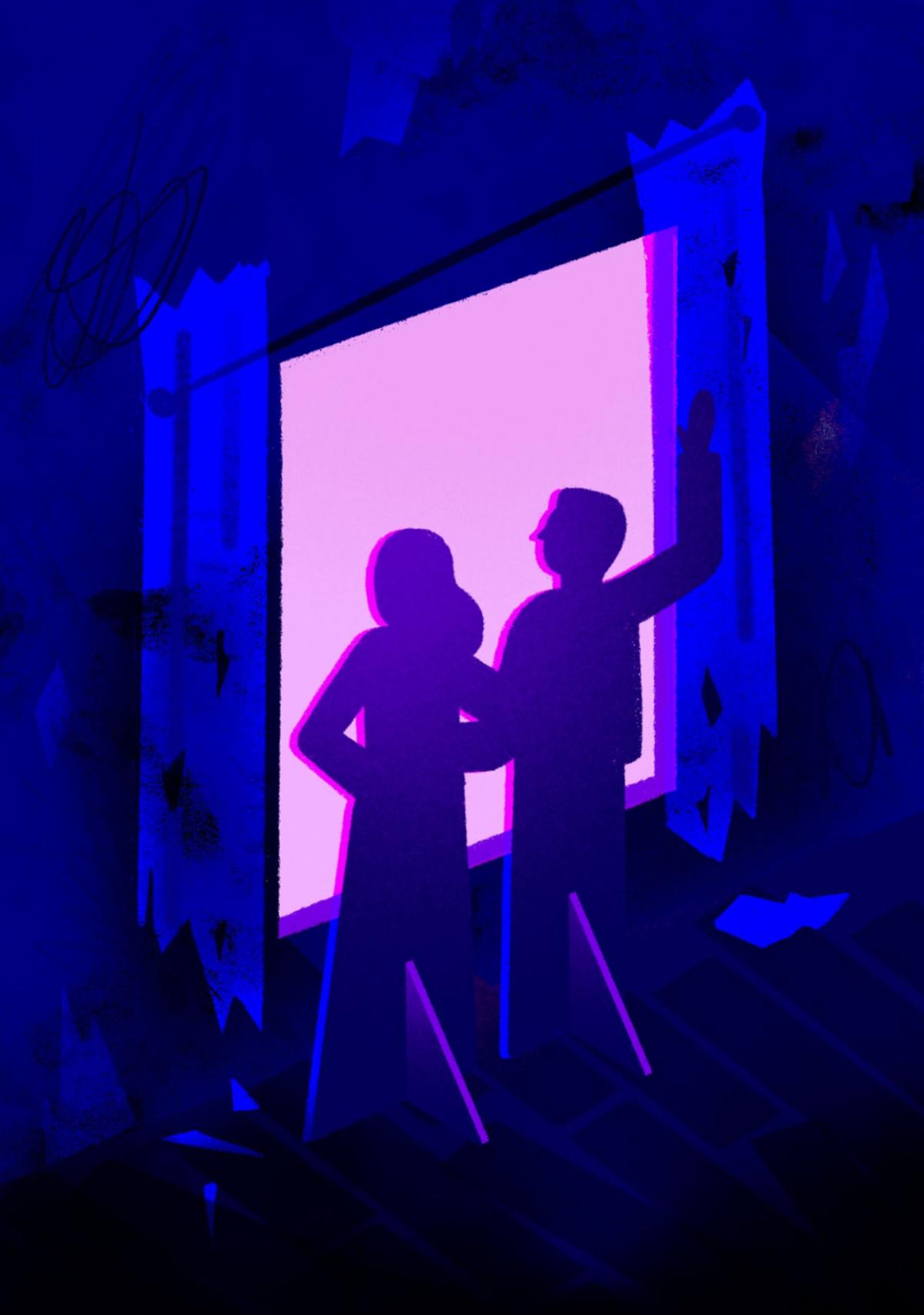 I’ve done it and you probably have, too: looked at a neighbor or friend who seemed to be in roughly the same financial bracket and wondered, “How do they do it?”

How do they afford the elaborate remodel and the luxury vacations they’re bragging about on their Instagram accounts and the private school tuition?

The feeling is envy, but it’s mixed with curiosity. And it often comes with a large dollop of self-criticism. They somehow must be better at managing their money than my husband and me. What are we doing wrong?

Just look at a forum on the popular financial blog Mr. Money Mustache. The question asking whether “the ‘everybody seems wealthy’ illusion — is it really just fueled by debt?” attracted a wide variety of opinions, but more than a few expressed the sentiment of the commenter GeorgeC.

“I often have this struggle where it seems as if everybody around me is wealthy,” he wrote, adding that he often wondered how people he knew earned as much or less than he did could afford things he could not.

“To be honest, at times, it kind of makes me feel dumb and sometimes even like a failure at what I do,” he added.

No doubt, most people could improve how they handle their finances. But better money management isn’t usually the culprit: When people seem to be able to afford much more than their income would suggest, it’s often because there is hidden wealth or hidden debt.

“Wealth is even more hidden than income, because there’s no job to correlate,” it to, said Dalton Conley, a professor of sociology at Princeton University. We have a general idea what a professor or corporate lawyer makes, but “in terms of family wealth, there’s zero cues.”

Ellen, who lives in the Washington area, knows that feeling of envy and curiosity. Like everyone else talking about their personal experiences for this article, Ellen (her middle name) spoke on condition of anonymity in order to publicly share her private thoughts about friends’ spending habits.

For years, Ellen watched her friends, who had similar jobs and the same number of children as she did, spend much more lavishly on just about everything compared with Ellen’s family. They did expensive home additions. They took twice as many vacations to places farther away. They drove nicer cars.

And she felt bad about it, assuming she and her husband were simply worse financial managers.

“We go to self-blame when we don’t know the whole story,” she said.

Then it all collapsed. It turned out that the family was largely living on debt. They were under water on their house and had to sell it. They’re now renting an apartment.

“I did feel very vindicated,” Ellen said. “I guess we weren’t doing anything wrong.”

Of course, not all people who seem to be living beyond their means are running up their credit cards.

Sharon (not her real name), who lives in Westchester County has relatives who have paid her children’s full college tuition and give the family additional help. She doesn’t like sharing that with people, “a little bit because I’m protecting the image of my husband that he rolls with the big boys,” she said. “And I also feel really lucky and it doesn’t feel fair. I’m not comfortable, but I’m thrilled we have it.”

So, why does this matter? What if we don’t know where our neighbors got the money for that new deck? Few would want everyone’s financial status to be transparent.

But this secrecy helps reinforce the idea that it is only individual choices, not laws and policies, as well as our national history, that comes into building wealth.

“It seems like a straight-up cultural issue, but public policy plays a role in how we view secrecy about money and also the consequences that secrecy has,” said Wherry, who is also director of the Dignity and Debt Network. People need to understand others are in a similar situation — struggling to pay for college or retirement or health care — to realize it’s not a personal failing and to push for reforms.

“That’s what we need to fix the problem,” he said. “If it’s just about you, nothing’s going to change.”

These issues most likely play out differently in affluent areas compared with low- and moderate-income communities, where “you’re probably much more aware of the struggle that neighbors are feeling,” Wherry said. “Yes, we need to be responsible, but there’s much more of a sense that there are things that go well beyond me as an individual that affect how we live.”

“The secrecy surrounding money may also differ to some extent in countries with higher rates of unionization,” Conley said, “where salaries are more transparent.”

Some say we’re focusing on the wrong thing if we’re looking at the outward signs of wealth. The reality now is that if we’re going to envy our neighbors, it shouldn’t be for their BMW or new swimming pool. It should be for their fat 401(k) or gold-plated health insurance, because the ability to put away large amounts of money to secure our future and our children’s future is the sign of real wealth now.

The top 1% of households still spend money on conspicuous consumption but “the thing that really separates them is their spending on inconspicuous consumption,” said Elizabeth Currid-Halkett, a professor of public policy at the University of Southern California, who analyzed Americans’ spending habits for her book “The Sum of Small Things: A Theory of the Aspirational Class.”

Over the past few decades, wealthy people have increased how much of their spending they direct to education and retirement, compared with members of the middle class, whose expenditures in those areas have remained more or the less the same.

For example, in 2014, the last year of Currid-Halkett’s analysis, the top 1% of American earners — those making at least $340,000 annually — directed, on average, 6 percent of their total expenditures to education. According to her research, that percentage has climbed significantly since 1996.

Only about 1% of the expenditures of the middle class — people making about $40,000 to $60,000 annually in 2014 — was devoted to education, a number that has stayed static for almost two decades, Currid-Halkett said.

“The change in spending patterns among the rich are probably the biggest signifier of class divide in America today,” she said.

No doubt, some will scoff at people comparing themselves to their neighbors and offer the advice that they should just focus on their own lives. And there’s some sense in that. But competitiveness and inquisitiveness are part of being human.

“They do things that absolutely leave my wife and I scratching our heads,” he said. “I would consider our lives completely fine. But I do think people look at all these types of people around the country and wonder: ‘How are they doing that? How can they afford it?’”