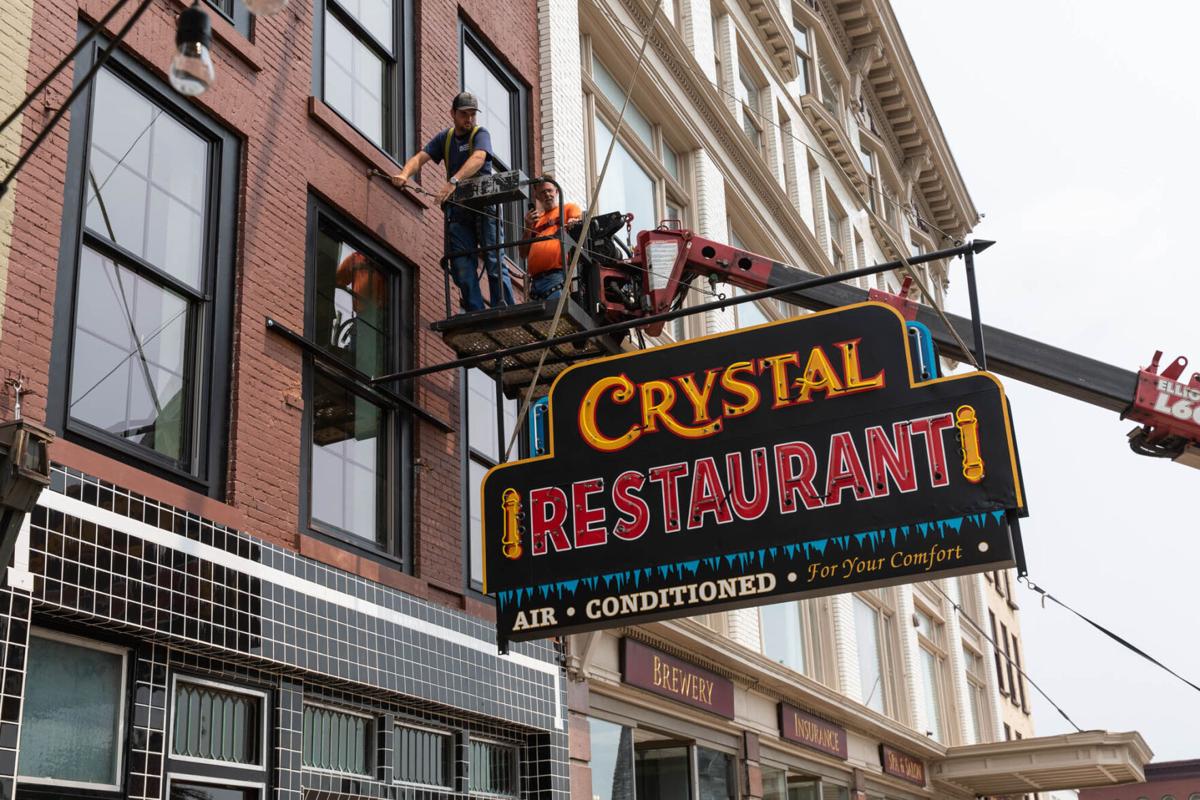 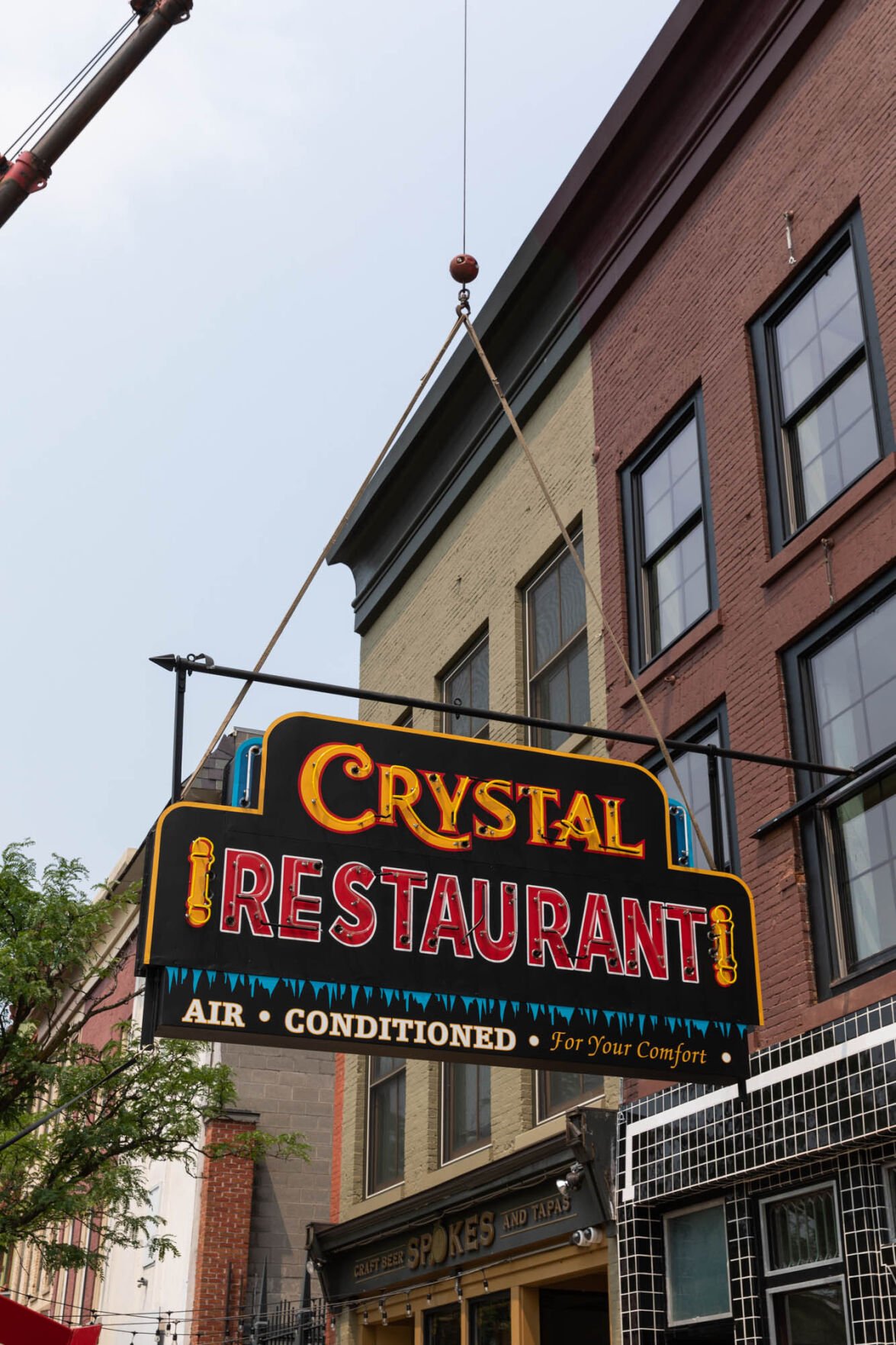 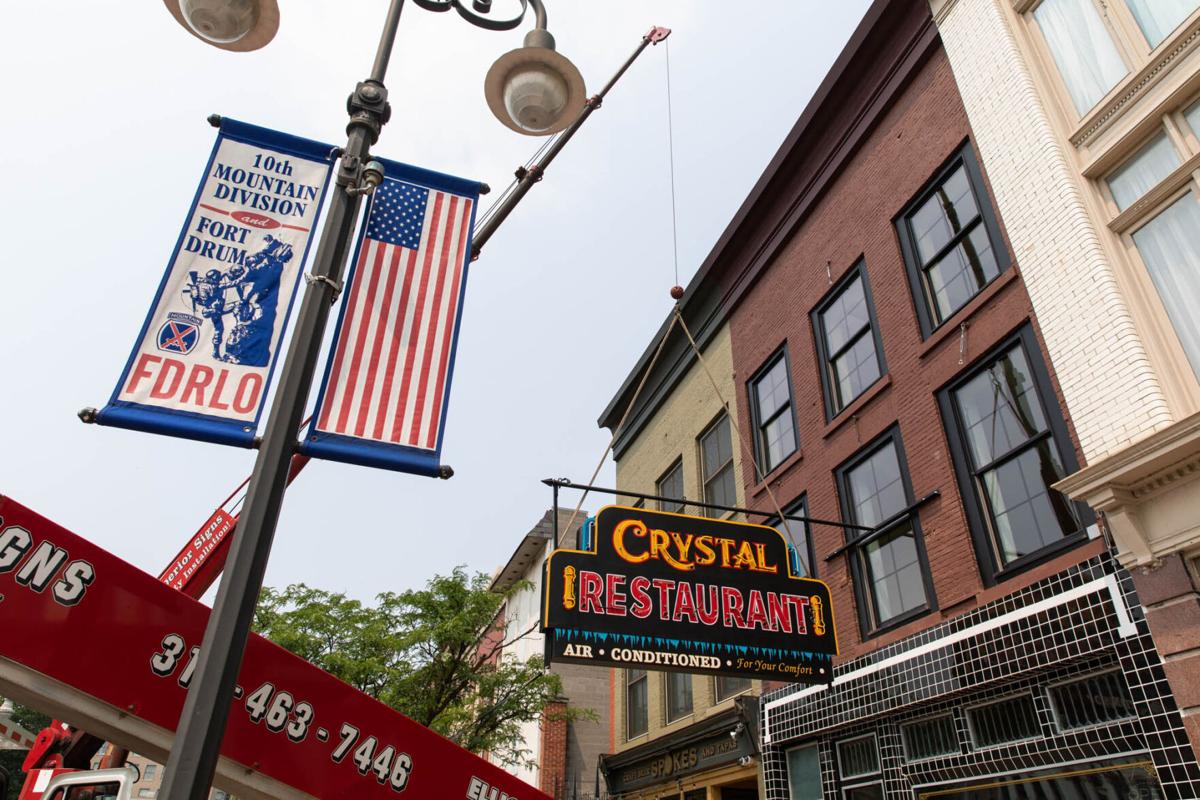 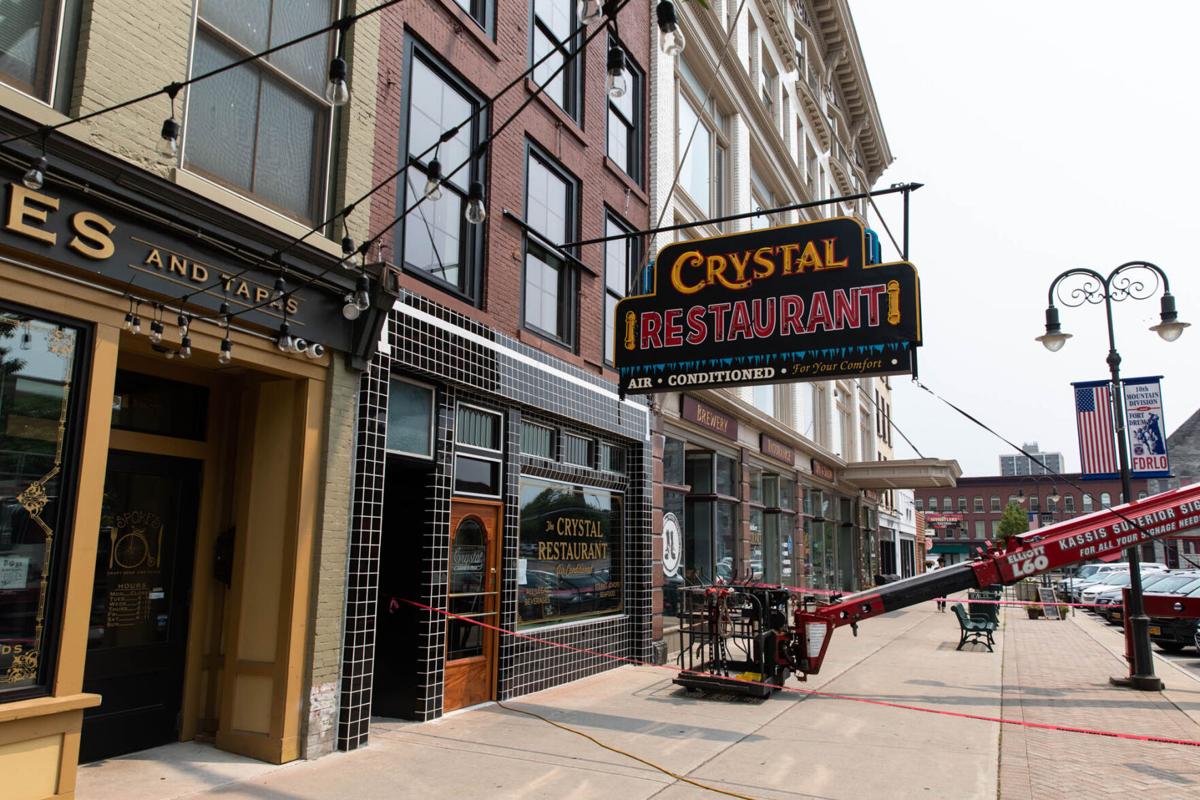 WATERTOWN — For the first time in two years, the neon sign on the Crystal Restaurant is back where it belongs.

The iconic sign has been gone while the exterior of the city’s oldest restaurant underwent a major facelift.

While that work on the building is nearly done, the sign finally returned Monday to the 85-87 Public Square building’s exterior.

Co-owner Peter Dephtereos, whose family has operated the restaurant for decades, has not seen it yet. He has been in Colorado and will finally see it for the first time Tuesday when he returns home. But his brother emailed photos of the sign Monday.

He looks forward to seeing it in person.

“It looks good,” he said during a phone call from Colorado.

Donald W. Rutherford, chief executive officer for the Watertown Local Development Corporation, noticed Monday that the sign was back up when he looked down the street from his office window.

“I’m sure everyone’s going to be happy it’s back up,” he said.

For two years, the neon sign was missing from the building’s exterior while that restoration on the downtown landmark was completed. Work on the sign was completed by Nasco Awnings and Signs Co., Watertown.

The other exterior work consisted of replacing new black tiling exterior, installing new windows and a door, and some painting. The only work that remains is painting a Crystal Restaurant sign at the top of the building.

The Crystal’s $25,000 facade project is funded through the city’s $10 million Downtown Revitalization Initiative, although the neon sign is not and is being financed by the restaurant owners.

It is one of about 14 building facades that are undergoing major repairs this construction season through the DRI program.

The local development corporation and Neighbors of Watertown are overseeing the facade projects, which total $696,000 in improvements and will use $400,000 in DRI funding.

Over the past decade or so, the two organizations completed other facade improvements on a slew of buildings with state funding from other state programs.