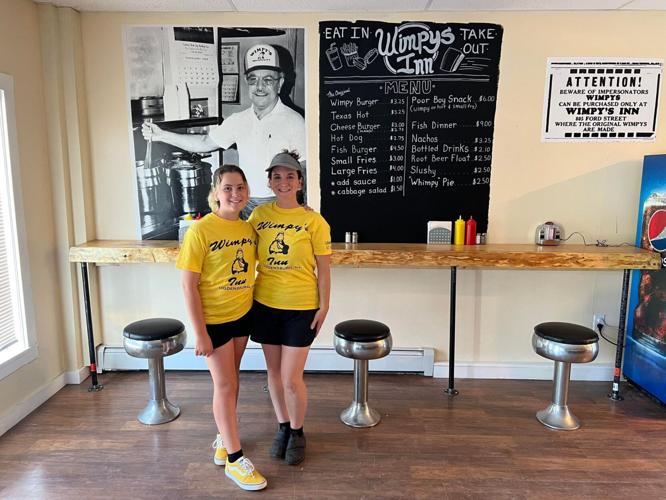 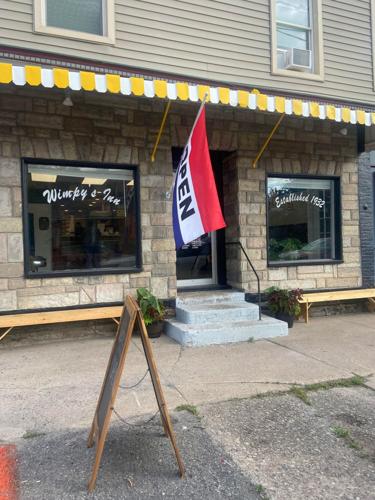 OGDENSBURG — Wimpy’s Inn, an iconic Ogdensburg eatery known for its signature sauce, has once again set up shop near the spot used for cooking burgers and fries in the 1930s.

Wimpy’s Inn was originally opened on Ford Street in 1931 by Ed Peterson. In 1948, the business was sold to the grandfather of its current co-owner — Julia L. Henry — who ran the business for more than 50 years before selling it to his daughter in the early 2000s.

The popular Ford Street eatery closed and the building torn down.

“The original building was condemned and my mother worked out a lease in a different spot for a few years before closing Wimpy’s down,” Mrs. Henry said. “A couple years later my husband convinced me to quit my job, cash in my 401(k), buy a food truck and reopen Wimpy’s, so that’s what I did.”

The Henrys opened the food truck in May 2016. The couple parked and operated it in a vacant parking lot where the original building once stood.

“We began looking for something a little more permanent a couple years ago and decided the closest we could get to the original location the better,” Mrs. Henry said. “That’s how we ended up opening up just two doors down from the original spot.”

On July 26, the Henrys opened the doors to their new permanent location, 809 Ford St.

“We decided to move because it was just time for growth,” Mrs. Henry said. “We wanted to offer our food to the community all year long and the only way to do that was to move from mobile to brick and mortar, and what better year to do it than the 90th anniversary?”

With the move, Wimpy’s Inn has menu additions including slushies, root beer floats and whoopie pies.

“The menu changed a lot throughout the years, so we decided to stick to the basics,” Mrs. Henry said. “We sell Wimpy burgers, Texas hots, fries that are all hand cut, cheeseburgers, fish burgers and dinners and nachos.”

Patrons can dine in or take food to go. The restaurant is open from 11 a.m. to 6 p.m. Tuesday to Saturday.

“The community support has been blowing me away since day one,” Mrs. Henry said. “We’ve received so much positive feedback on the decision to move and people have really shared in our excitement to bring the restaurant back to life. The amount of people that came in our first week open to congratulate us and support our business has been amazing. Lots of hugs and happy tears.”