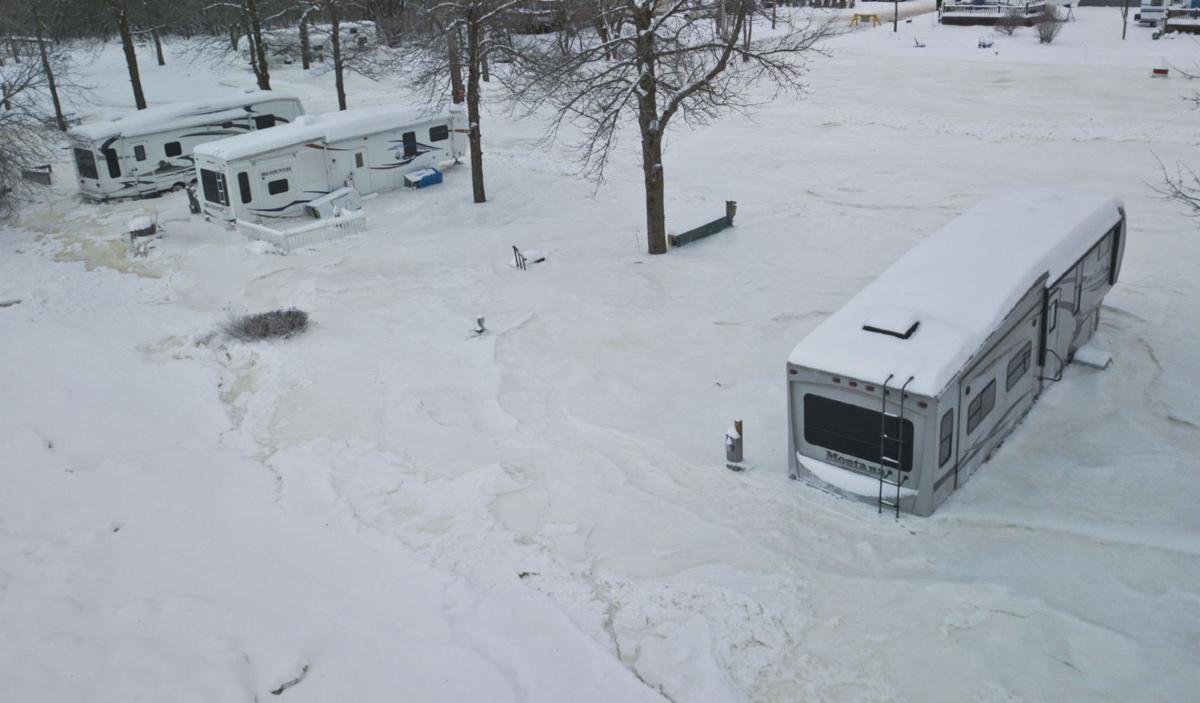 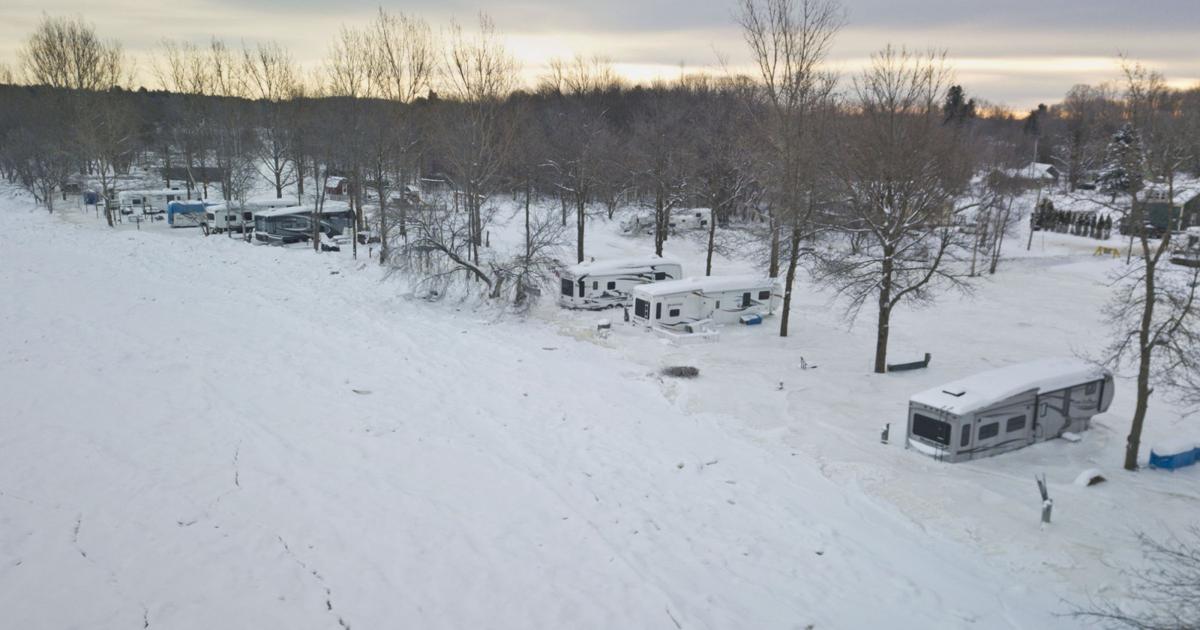 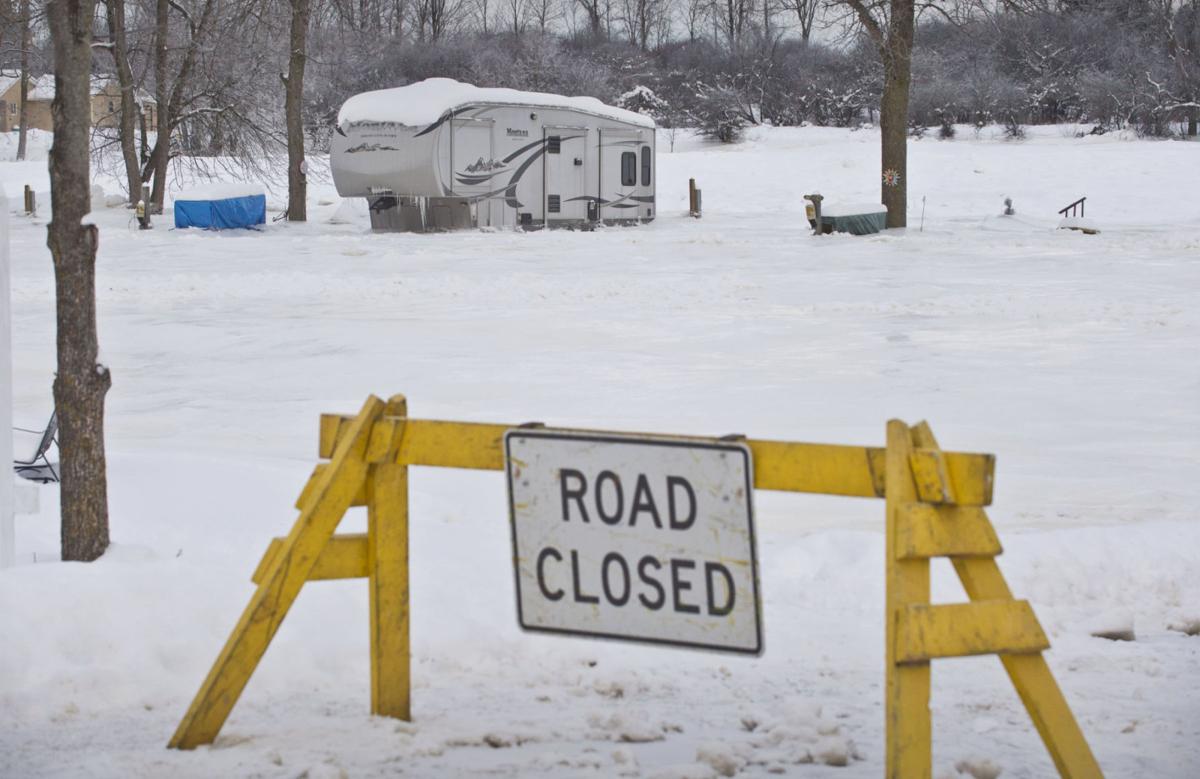 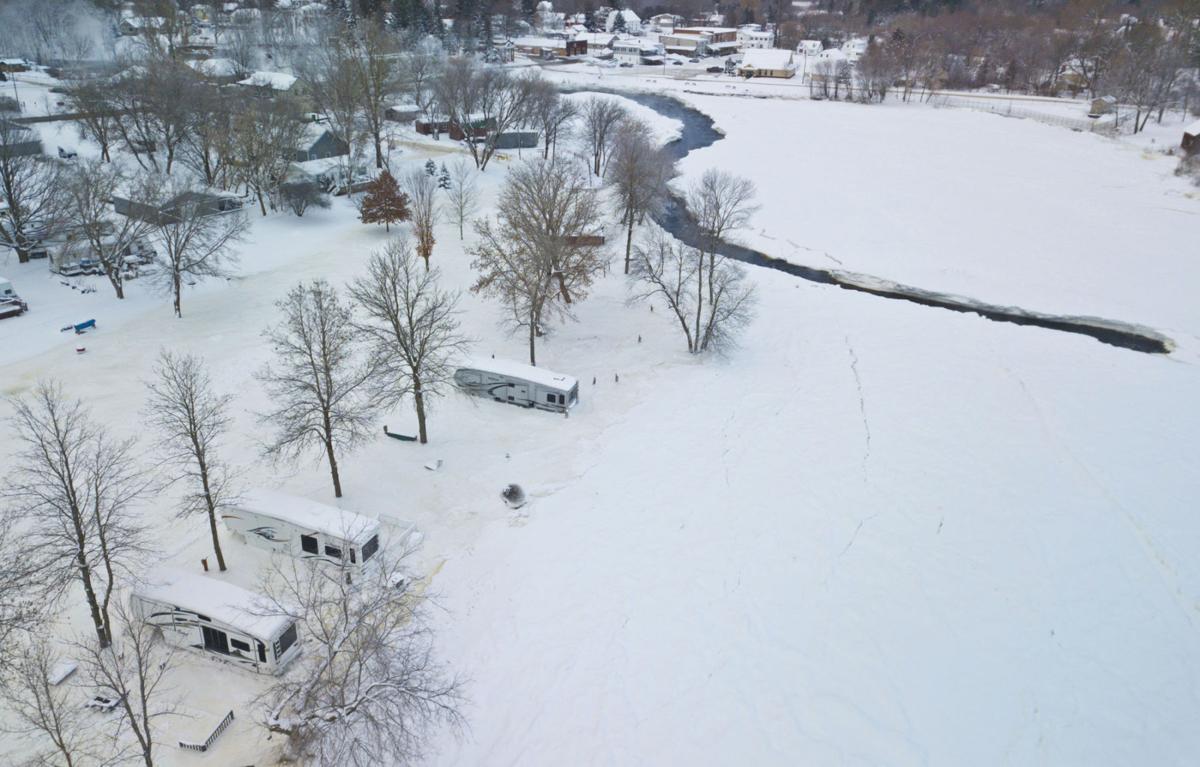 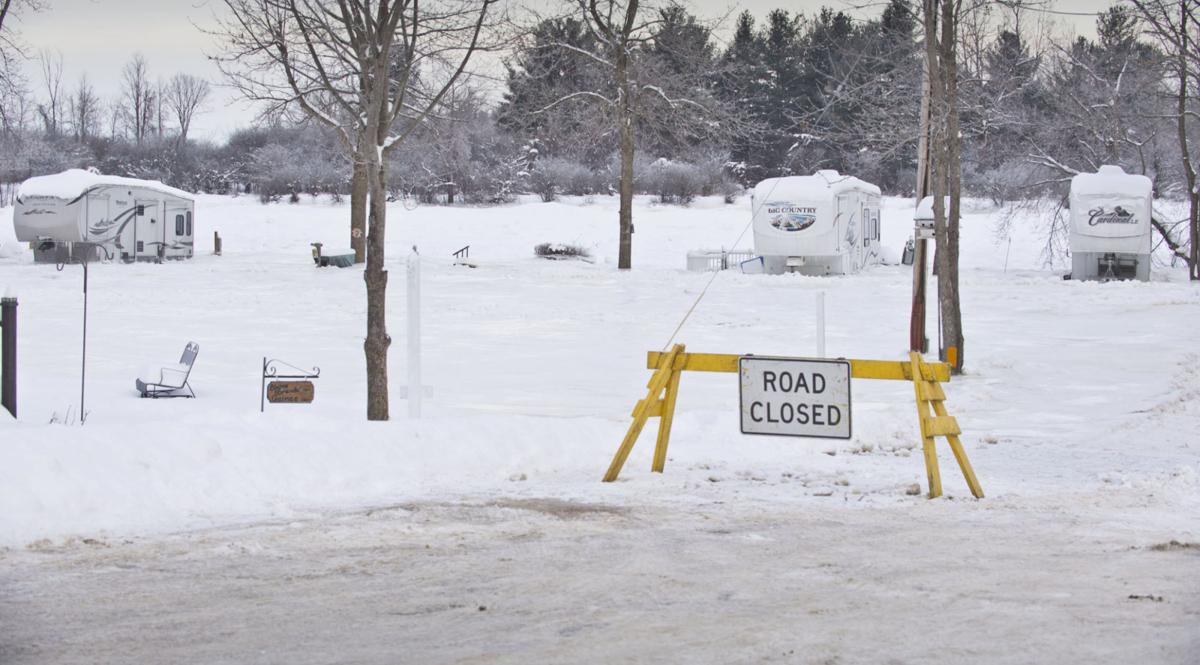 BRASHER FALLS — In years past, campers at Jelly Bean’s Riverside Campground in Brasher Falls have left their trailers on-site for the winter and returned in the spring to begin another camping season.

This year will be more difficult, as many of approximately 86 sites are now flooded with the waters of the St. Regis River.

According to reports from campers, an ice jam formed about a half-mile downstream and back up to the campground near the Route 11C bridge, flooding the lower side of the campground.

Now, many of the trailers that were left for the winter are iced in and, in some cases, water has gotten inside the trailers and iced up. Barricades have been put in place to keep people out of the flooded area, but photos and videos have been posted regularly on the campground’s Facebook page to keep out-of-towners aware of the situation at their trailers.

“No more wondering how high up the water level is...we now know,” one camper said in a social media posting.

T.J. Goodrich used a drone to capture an overhead shot of the campground, and campers Greg and Mary Monroe have posted many of the photos and videos.

“Greg Monroe has been down there almost every day,” said Denny Burnham, owner of Jelly Bean’s Riverside Campground.

Mr. Burnham is currently out of the area and faces the same predicament that many of the campers are dealing with — a trailer stuck in ice. And he feels for those who are experiencing the flooding.

“I’m just as devastated as anyone else,” he said.

Like other campers, he’s been keeping his eye on the campground’s Facebook page to monitor the situation.

Mr. Burnham said campers have the option of leaving their trailers at the campground or pulling them out at the end of the season. He’s never seen this kind of flooding since purchasing the campground from John Ward. One report from a camper indicated that a similar situation of the same magnitude had occurred in 2007.

“We haven’t had any problem. They say this is bad, if not worse, than it was,” Mr. Burnham said.

The ice will eventually melt and the water will ultimately recede, but he said campers shouldn’t move their trailers until their insurance company looks at it. They should have plenty of photos documenting the situation.

If individuals are able to move their camper, the owners of River Rock Storage have offered a temporary storage area in Brasher Center at no charge.

The situation isn’t good right now, but Mr. Burnham said, like they have in the past, they’ll pull together and recover.

“We’re a strong camping group,” he said. “We’re a family. Everybody’s been positive. We’ll pull through it.”

Camping season will arrive again from May 1 to Oct. 30, and Mr. Burnham said there’s always something to look forward to.

“We try different things,” he said. “We do little things for the kids. We have a water slide come in and we feed them hot dogs. Halloween in August is really good. We have about 70 kids.”

Its your own fault