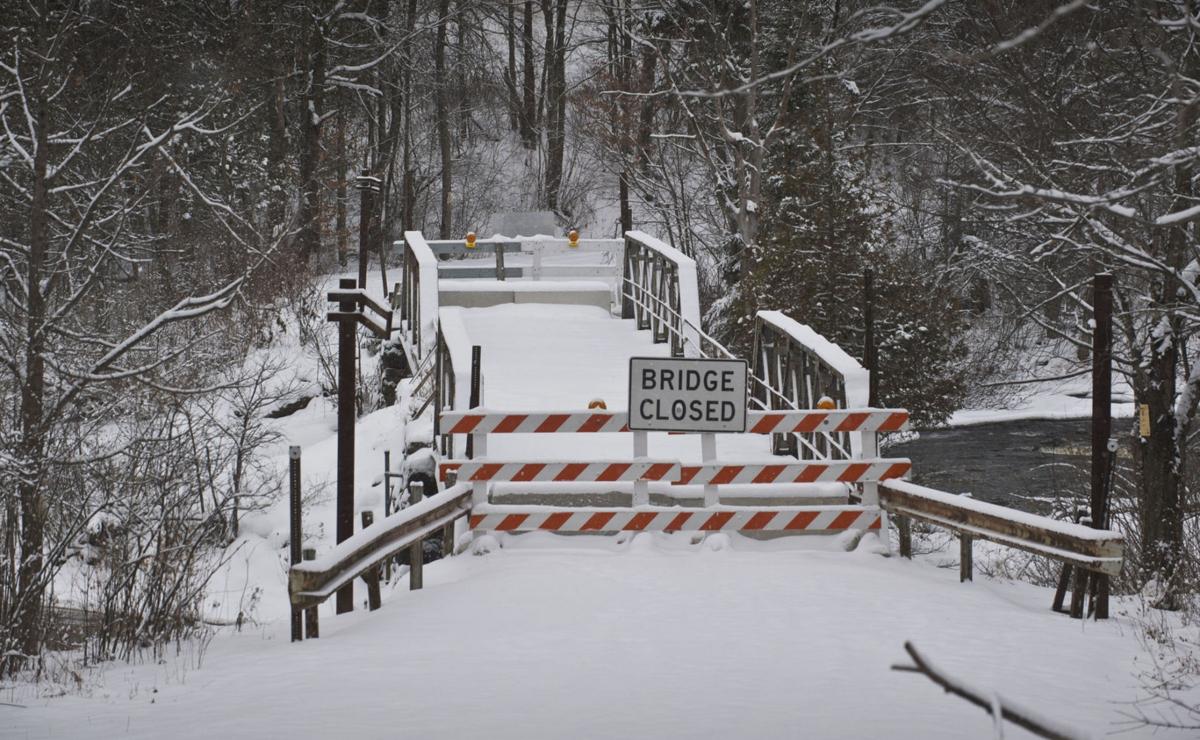 Snow accumulates Thursday on the Jones Road Bridge, which has been closed since October. Christopher Lenney/Watertown Daily Times 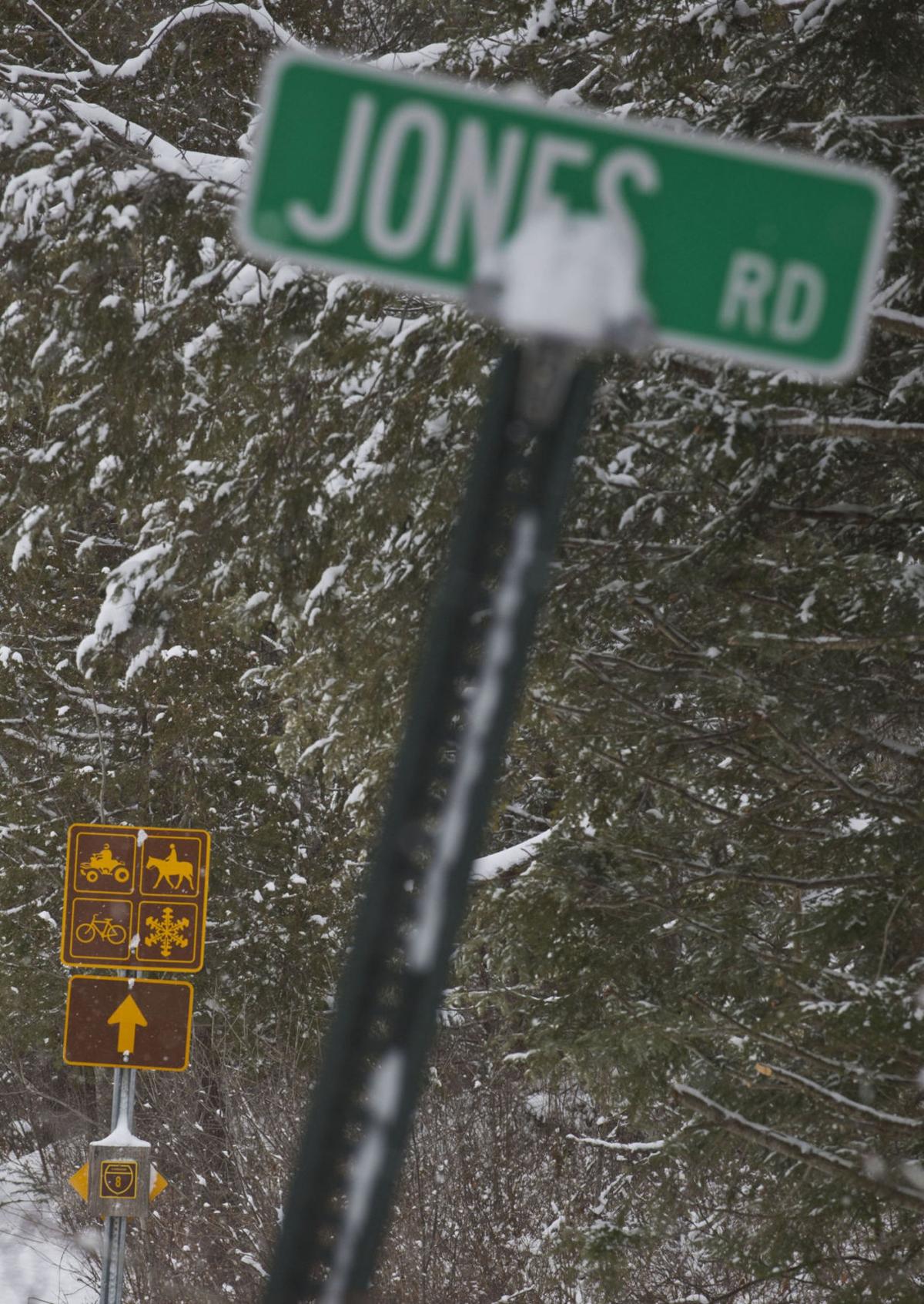 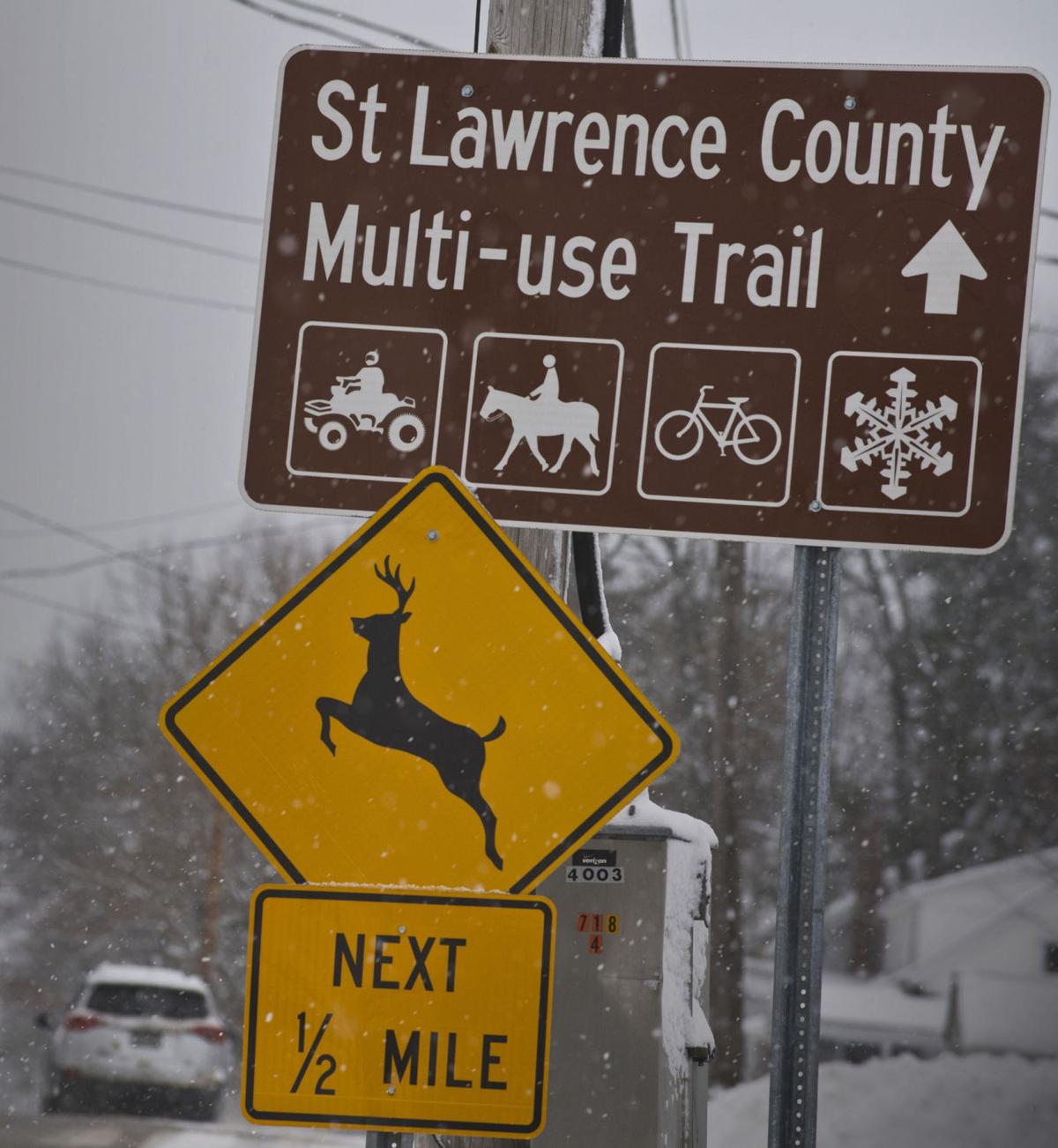 Snow accumulates Thursday on the Jones Road Bridge, which has been closed since October. Christopher Lenney/Watertown Daily Times

CANTON — For the second Monday in a row, St. Lawrence County legislators spent nearly an hour discussing the viability and liability of installing two temporary bridges on the seasonal Jones Road in Hopkinton which will span the west branch of the St. Regis River.

The bridges will fill the gap created by the currently shut down “twin bridges“ over the river and has been touted by several lawmakers as essential to keeping the local economy functioning.

But Fowler Town Supervisor Michael J. Capellino expressed his displeasure about the ultimate approval of the project, citing the long dispute between the county and his town over the 2016 closing of the county-owned, single-lane, 42-foot wooden span Emeryville Bridge, County Route 22, after it was red-flagged by state officials for several deficiencies, isolating several local vehicle repair shops from business.

He said he wasn’t against the project, but after being without the bridge for several years, he was surprised to find out the county was putting money into the installation of two seasonal snowmobile bridges instead of one bridge in the town of Fowler.

He said a recent count of about 193 cars on Emeryville Road have not been able to access local vehicle repair shops due to the bridge being out, pointing to the mention of local businesses being a reason raised for the installation of the recreational bridges in Hopkinton.

“I don’t know how politics played a part in this,” Mr. Capellino said. “We all know the county sued the town a few years ago for ownership and the county ended up losing that suit. The state found, through the Supreme Court, that the county owned that bridge and I have questioned since then, is that why we’re not replacing this bridge?”

“Are you asking me that question?‘ Mr. Lightfoot asked. “The answer is no. Just so we are loud and clear about that.”

“Once again, I’m not opposed to this bridge being replaced, because it does help county residents,” Mr. Capellino said. “I’m just asking for some fairness for the people in the town of Fowler.”

The temporary bridges on Jones Road will be constructed by J.E. Sheehan Contracting Corp. at a cost of $135,000. It was also determined to cost $30,000 to have the bridges removed.

The resolution approving the construction was passed 12-2, with Kevin D. Acres, R-Madrid, and David W. Forsythe, R-Lisbon, voting against it. David A. Haggard, D-Potsdam, was absent.

Mr. Acres and Mr. Forsythe said they couldn’t approve of the project due to the cost, which, according to a second resolution which passed with an identical vote, modified the 2019 Department of Highways budget.

Mr. Acres said he was more concerned that this could set a precedent in the county for other bridges and felt like other options could have been explored. But Nance A. Arquiett, D-Winthrop, was the first to voice her support for the project, with her sentiments being echoed by other legislators.

“The installation of the temporary bridges for Jones Road may prove vital to the health of the small businesses that rely on winter recreation such as snowmobiling, vital not only to the business owners but also to those they employ,” Mrs. Arquiett said. “If this board supports economic development and tourism then we should support these businesses by supporting this resolution and the construction of these bridges.”