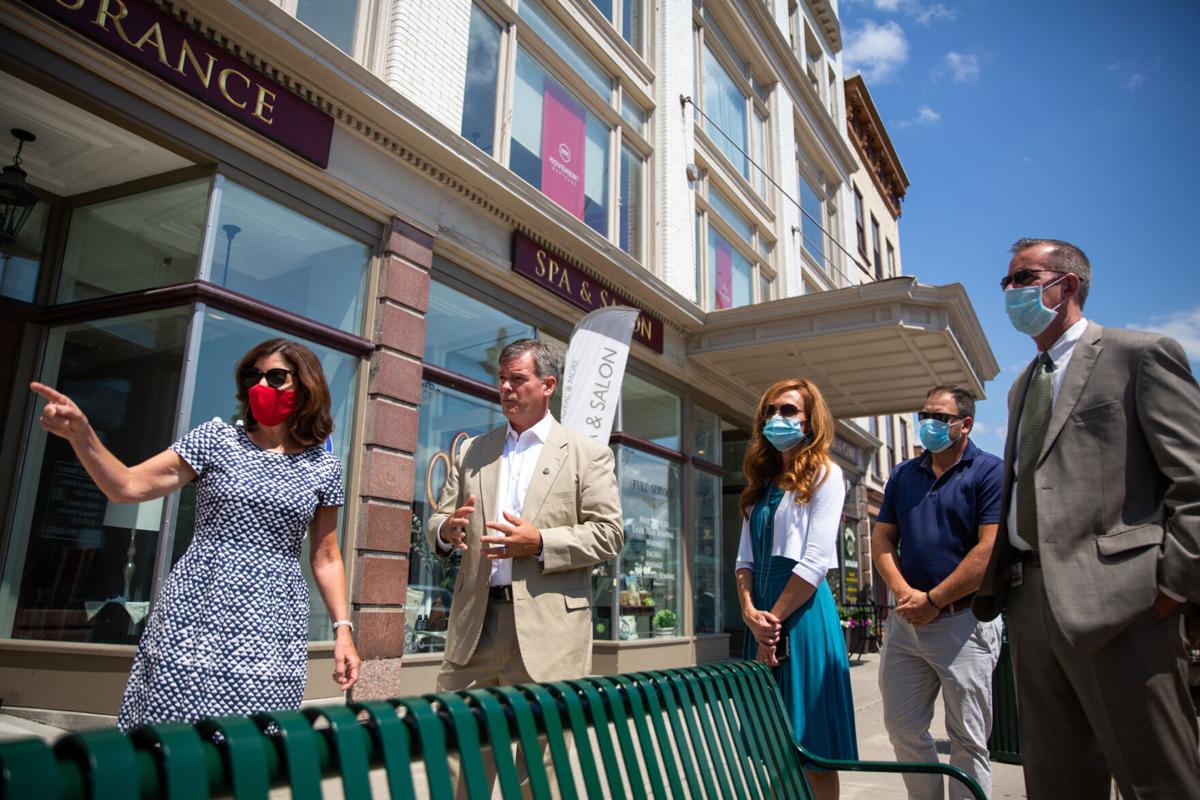 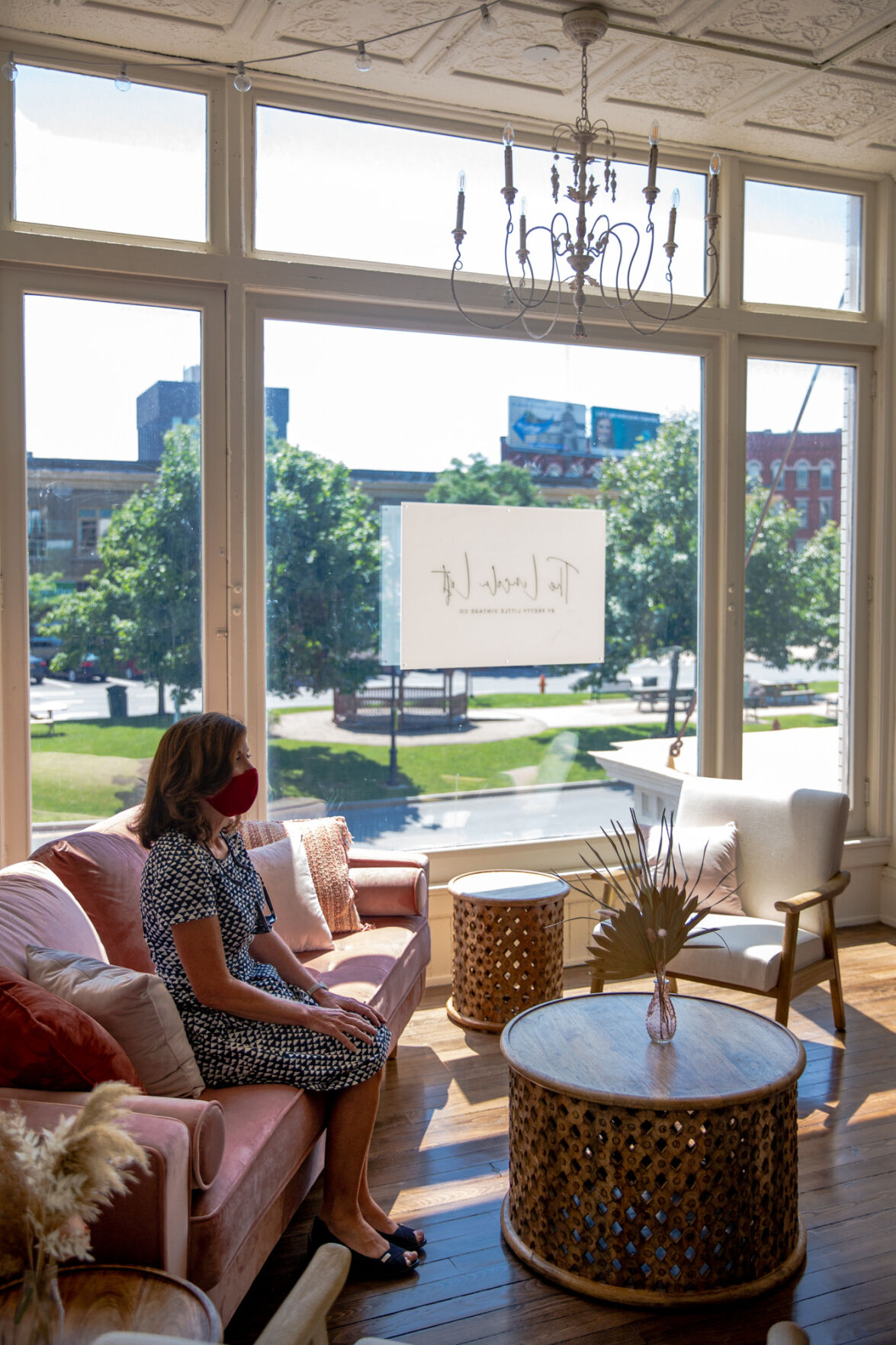 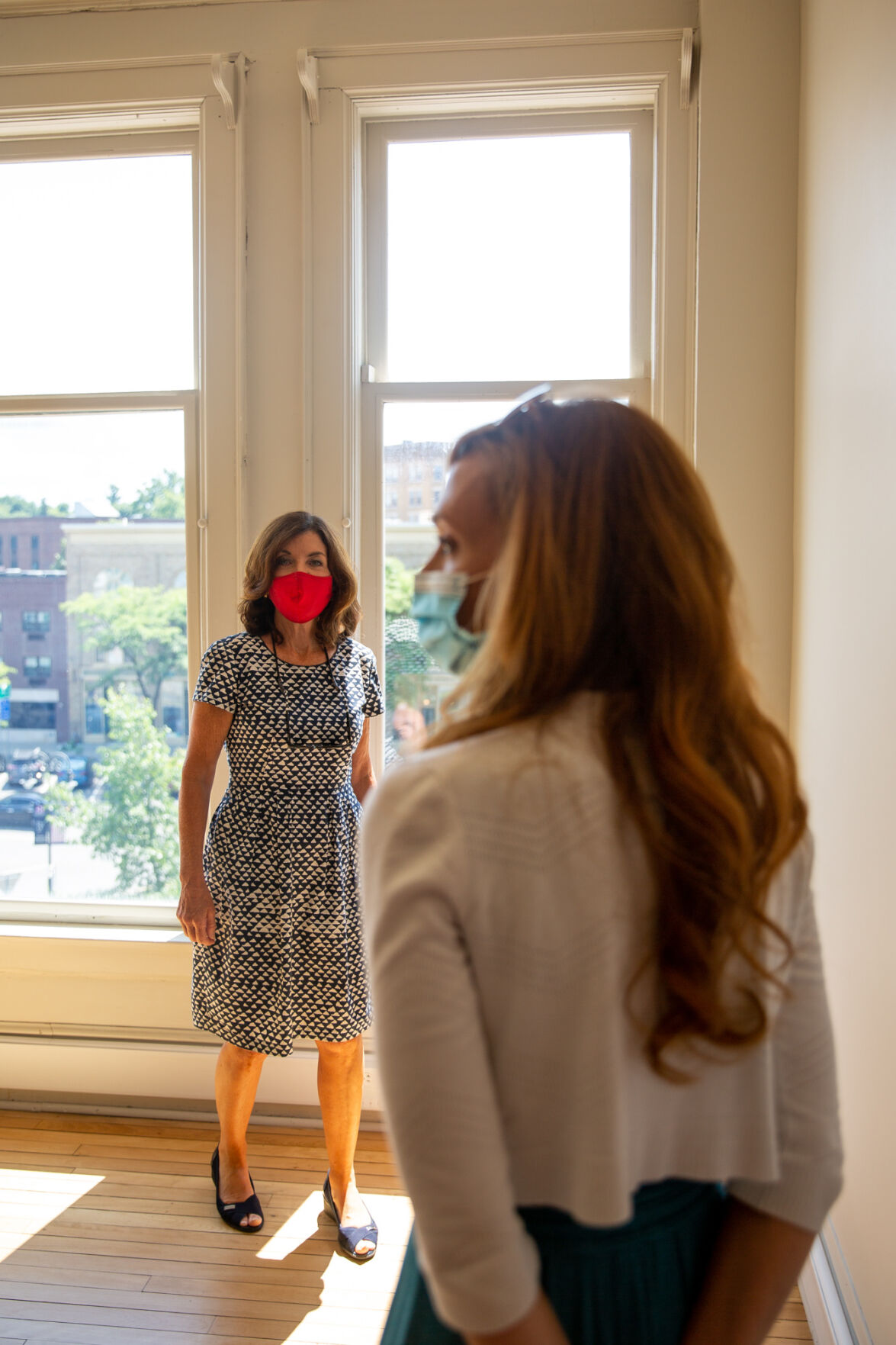 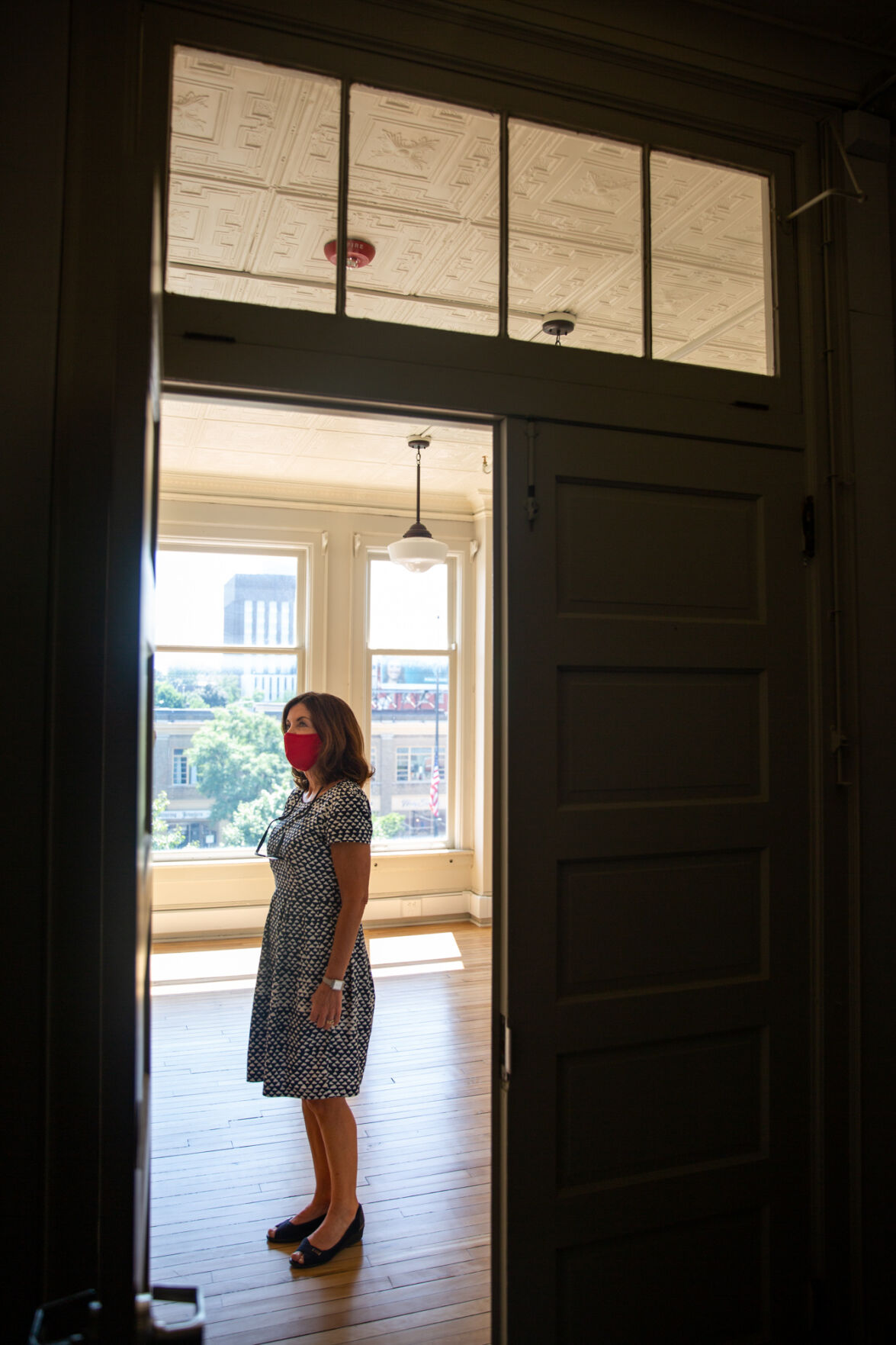 WATERTOWN — On Friday afternoon, Lt. Gov. Kathy C. Hochul sat on a comfy mauve colored sofa in a business on the second floor of the newly furbished Lincoln Building with a view of Public Square below.

She was told how The Lincoln Loft, a special events business on the historic landmark’s second floor, also shares space with the “Co-Working Innovation Center,” where entrepreneurs can work, hold meetings and use a kitchenette.

The lieutenant governor was in town to take a tour of the Lincoln Building, the first project to get done under the city’s $10 million Downtown Revitalization Initiative program.

She remembered seeing the building before the project was finished.

“You could see the possibilities,” she said. “It’s an anchor building. It’s beautiful what you’ve done.”

The Lincoln Building was the recipient of $825,000 in DRI money, which is being converted to new office space in the five-story structure at 89-99 Public Square. An elevator — which is Americans with Disabilities Act compliant — and a new stairwell also were completed as part of the project.

The Lincoln Loft, a business that mixes a photo shoot studio, space for like-minded entrepreneurs to share and some place for pop-up weddings and special events, is just one of the building’s new tenants.

Foy Benefits, an employee benefits firm that moved from the Barton and Loguidice building at 120 Washington St., was the building’s first major tenant, taking over the back of the fourth floor that features hardwood floors, exposed brick and lots of glass. Its nine employees also have splendid views of the Black River.

An attorney, mortgage company and four photographers also have taken spots in the upper floors. Before the most recent renovations, Boots Brewing Co., Vigilante Yoga, Marcy’s Spa, and the Thousand Islands Insurance Agency opened up shop in storefronts along Public Square.

Back in November, building co-owner Brian Murray projected he’d invest about $6.8 million on the project by now. Almost all of the work was finished by the time the coronavirus began in March.

But the other DRI projects were hit hard by COVID-19. Now more than two years after the DRI funding was announced, work was either halted or slowed down because of the pandemic.

Michael A. Lumbis, the city’s planning and community development director, expects that work on the DRI projects will resume now that the state has opened up the north country economy as the situation with the virus continues to improve.

After her tour of the Lincoln Building, the lieutenant governor stressed that the state will fund the $10 million for the city’s DRI program, despite the state’s financial situation caused by the pandemic. She ensured that the developers will still get the funding for their projects.

While the Lincoln Building was the first DRI completed, work on creating five market-rate apartments in the historic Paddock Arcade continued during the pandemic but was forced to slow down, said Donald G.M. Coon III, managing partner in 200 Washington St. Associates, which owns the Paddock.

By now, Mr. Coon thought about 70 percent of the project would be completed. But only 25 percent to 30 percent actually got done during the virus, he said.

It was difficult to get construction materials and his employees had to work alone in each of the apartments because of state social distancing rules, Mr. Coon said.

“It’s been tough,” he said, adding he now hopes that five units can be completed this winter or next spring.

The newest DRI project will convert the deteriorating Wind and Wire building at 75 Public Square into a restaurant with extensive outdoor seating on a two-story outdoor deck.

Developers Michael Pierce and Kenneth Bodah recently purchased the adjacent Strauss Memorial Walkway from the city for $1,000. The city planned to use $375,000 in DRI funding to renovate the walkway. That $375,000 will now go toward the Wind and Wire building project, Mr. Lumbis said.

Mr. Pierce has not returned numerous calls to a reporter to discuss the project.

Mr. Lumbis assumed that work on the project will begin now that the COVID situation continues to improve.

After the project sat idle for months, work was supposed to resume this summer on restoring the exterior of the historic Masonic Temple building on Washington Street.

But then the coronavirus hit.

Robert J. Campany, who co-own Fourth Coast Inc., a renewable energy company in Clayton, said Friday the plan is to start the work in the fall.

The Masonic Temple was awarded $2.2 million in DRI funding and $500,000 each in the state’s Restore NY and Consolidated Funding Application programs to convert the landmark at 242 Washington St. into a performing arts center.

The owners are working with the state Historic Preservation Office, or SHIPO, and with the Syracuse architectural firm of Crawford & Stearns on designing the project.

In June, Jefferson County Historical Society officials said they expect work to start next spring on replacing the museum’s leaky roof and adding an elevator on the historic Paddock Mansion on Washington Street.

Planning of the project, which will use $506,000 in DRI funding, is proceeding. A fundraising campaign also is underway.

The Watertown engineering firm of BCA is expected to start designing the project this fall. Bids also will go out.

The historical society also is using $500,000 in state Consolidated Funding Application funds and another $50,000 to complete the project.

In June, Jefferson Community College officials reiterated that they have not given up on the JCC Downtown TechSpace Center as a part of the DRI program.

While a location hasn’t been determined, or final plans for the project completed, college officials said planning will continue once the college rebounds from the coronavirus pandemic.

The project was languishing before the virus hit, however. JCC had trouble finding a suitable space downtown and then could not find a way to make the center financially sustainable. Neither issue have been resolved.

In addition to those projects, the city continues to plan for nearly $2 million of that $10 million on downtown street improvements, public art projects and branding and wayward signage. Those projects could be completed in 2021.

Kudos to those of our leaders who modeled good safety protocols in the time of covid-19 by wearing masks when in public and around others. They showed that they cared about those they were with and know how to help get local businesses open and keep them open. I'm disappointed that, based on the photographs in this article, not all of our local leaders seem to understand this simple truth.