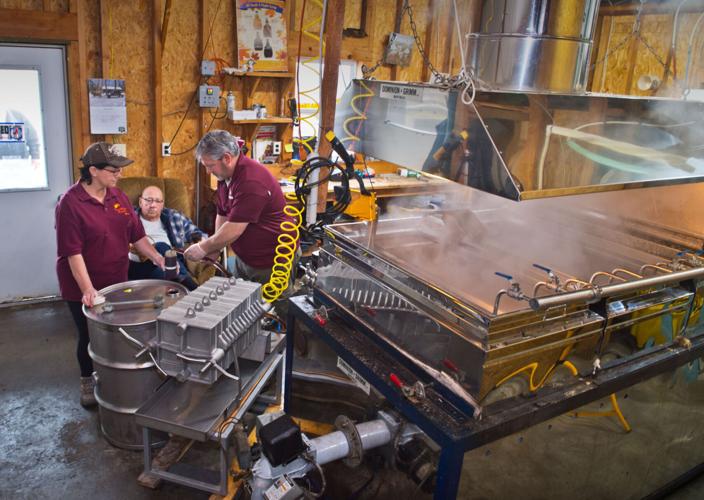 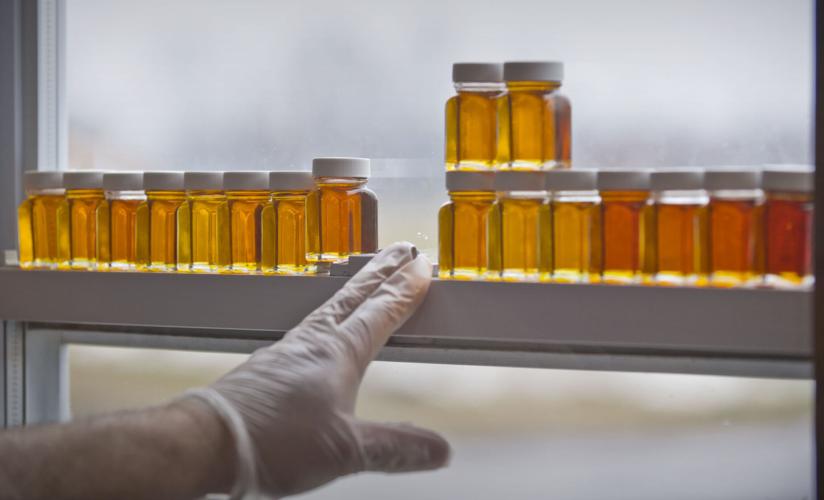 A gradient of maple syrup is on display Saturday in the window of Finen Maple Products, 529 Austin Ridge Road in Norwood. Christopher Lenney/Watertown Daily Times 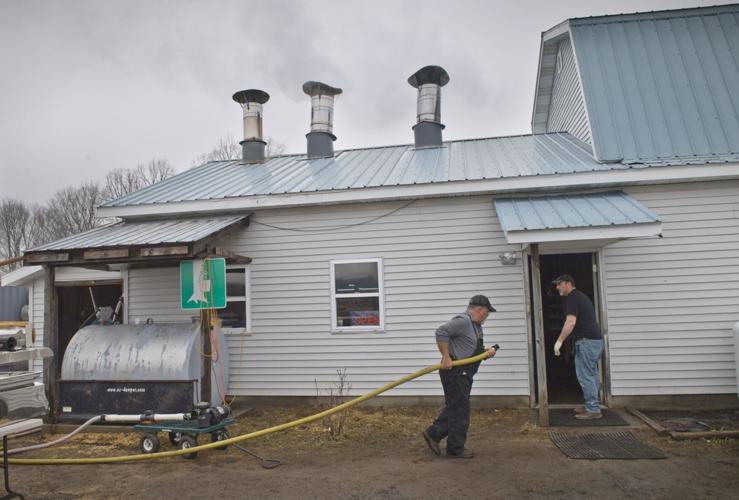 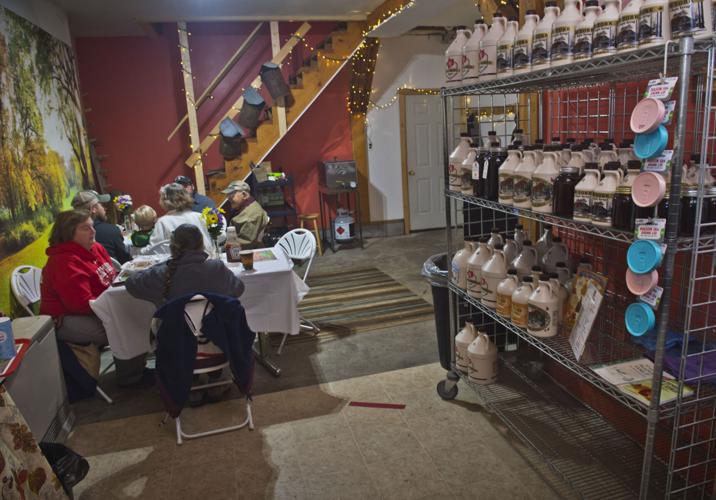 A gradient of maple syrup is on display Saturday in the window of Finen Maple Products, 529 Austin Ridge Road in Norwood. Christopher Lenney/Watertown Daily Times

CROGHAN — Syrup producers might be the only folks hoping for a little cooler weather as Maple Weekend hits the north country.

Yancey’s Sugarbush in Croghan, which has been operating since 1844, has producers tapping nearly 4,000 trees across roughly 170 acres. Haskell A. Yancey, who grew up in the industry and got into the business in 1982, said boiling is underway using one of two evaporators. The evaporators are open for the public to watch the process and take in the steam and aroma.

Yancey’s process is wood-fired and more traditional than modern producers. Horse and wagon rides are being offered throughout Maple Weekend, and syrup and candies are for sale at the 7981 Long Pond Road site. People should get local syrup sooner rather than later as product isn’t as abundant as usual, Mr. Yancey said.

“It’s too warm right now,” he said. “We’re looking for colder weather. Syrup makers might be the only ones.”

Regardless, Mr. Yancey said he’s seen the use of syrup expand and evolve over the years. People now use syrup in different ways, from flavoring their coffee to their spaghetti sauce. Mr. Yancey had eggs and toast for breakfast on Saturday, but he still finds ways to incorporate syrup into his diet.

“The doctor said he wouldn’t appreciate me eating much maple syrup,” he said, “but I don’t always listen.”

For more information on 2022 Maple Weekend events and participating producers in the north country, visit www.mapleweekend.nysmaple.com.