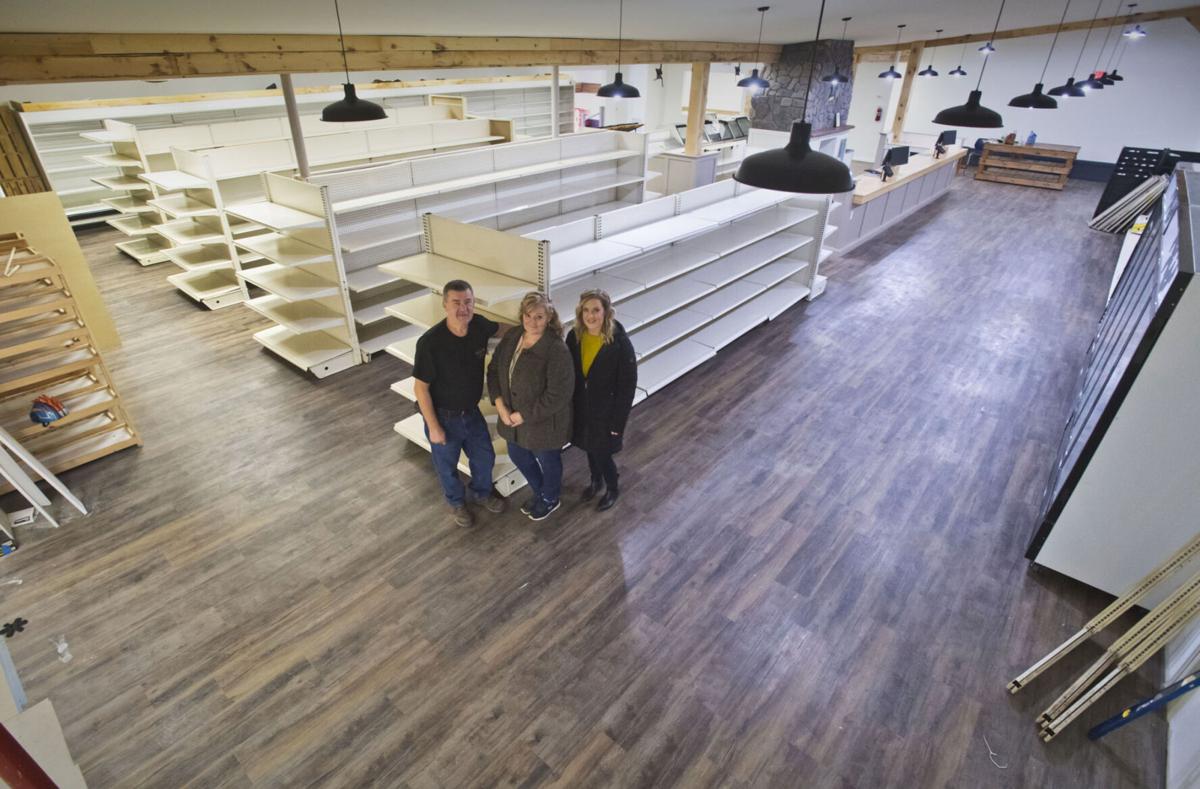 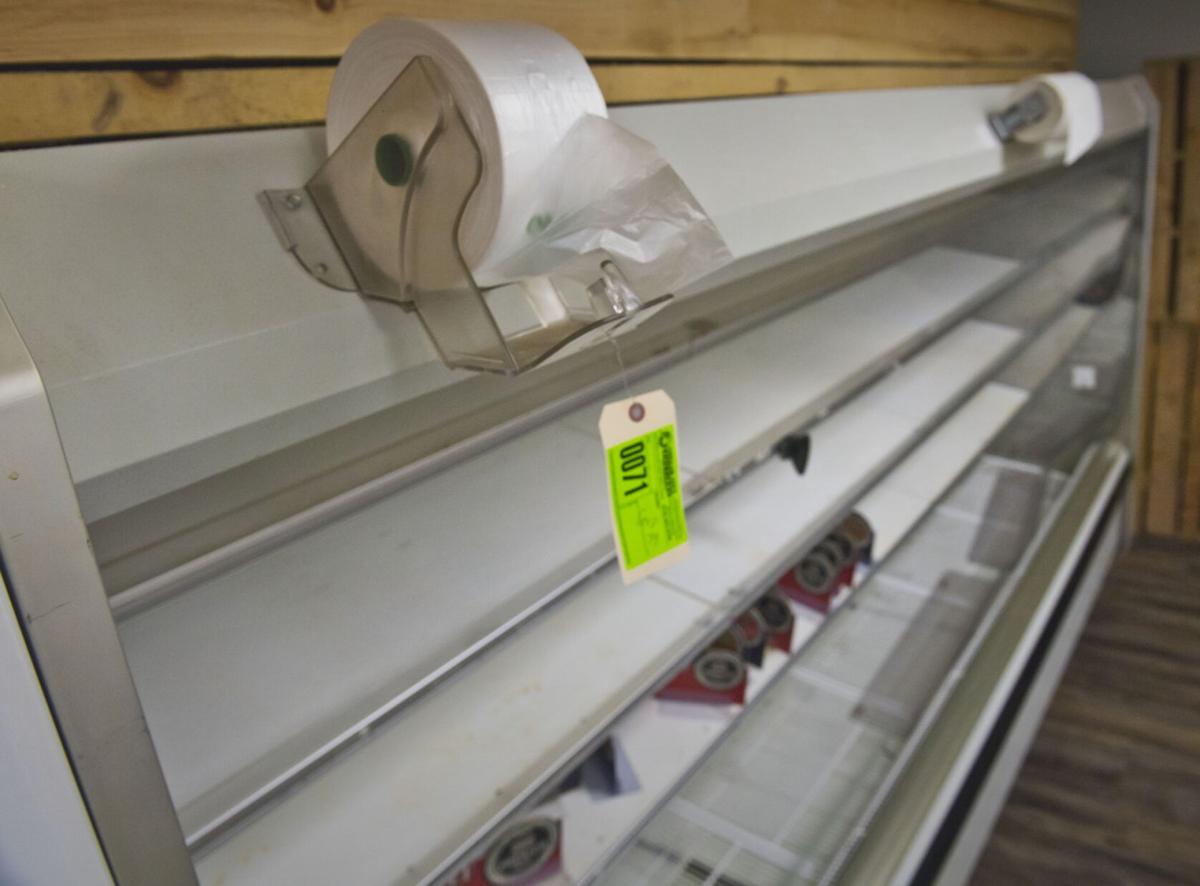 Auction tags hang from store fixtures at the former Perry’s Market in Norwood. The building and equipment inside were purchased by a family of local business owners at an online auction this summer. Christopher Lenney/Watertown Daily Times 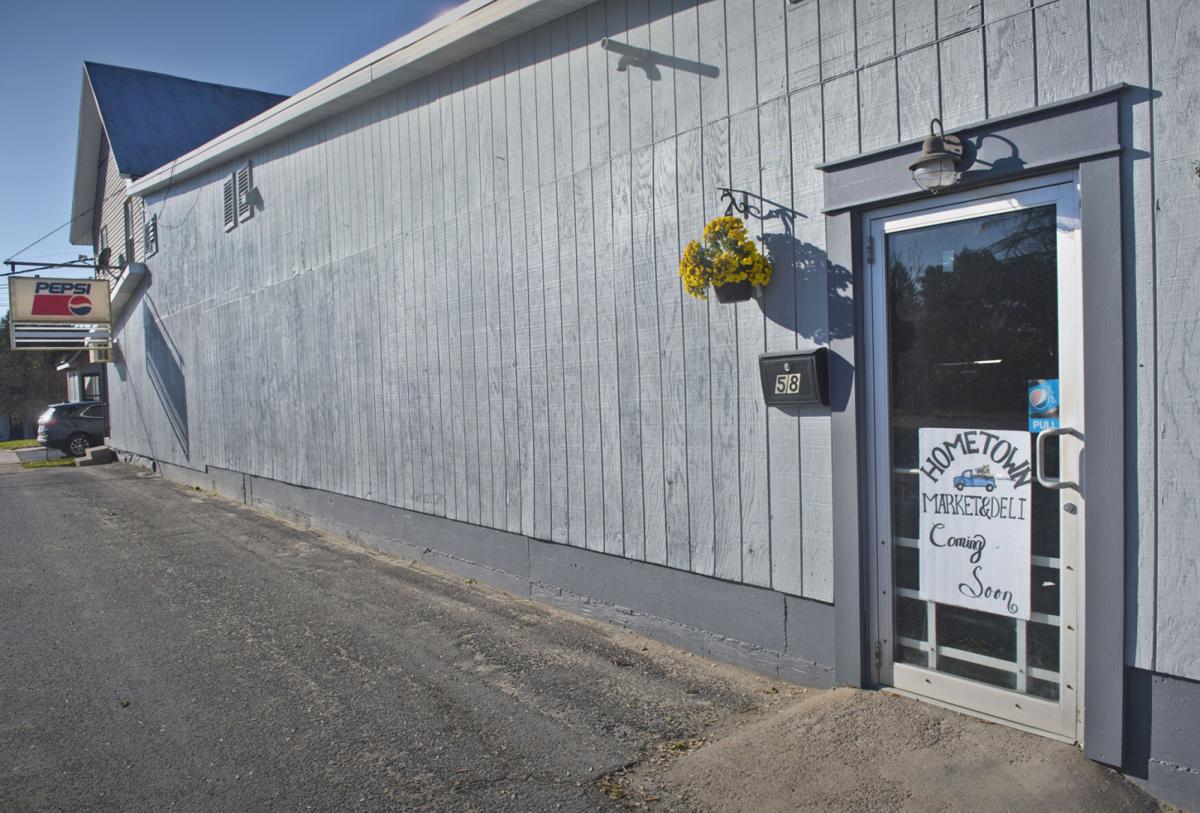 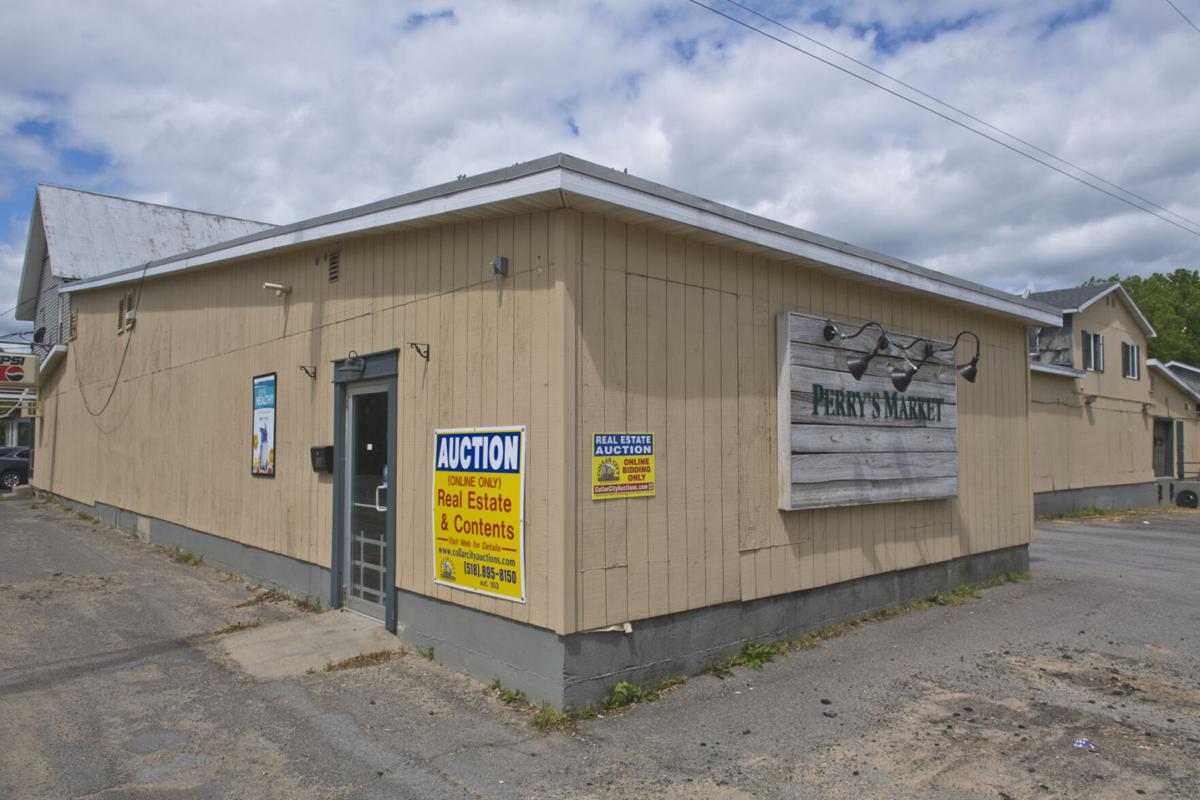 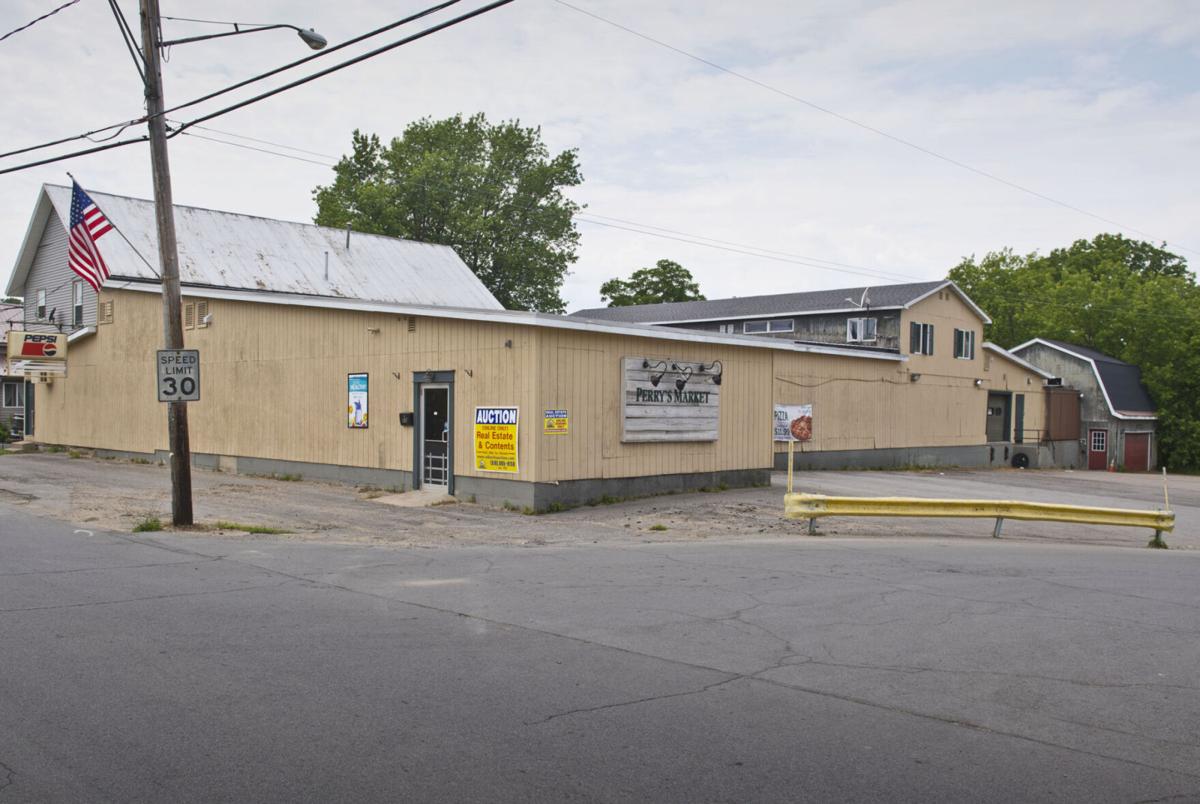 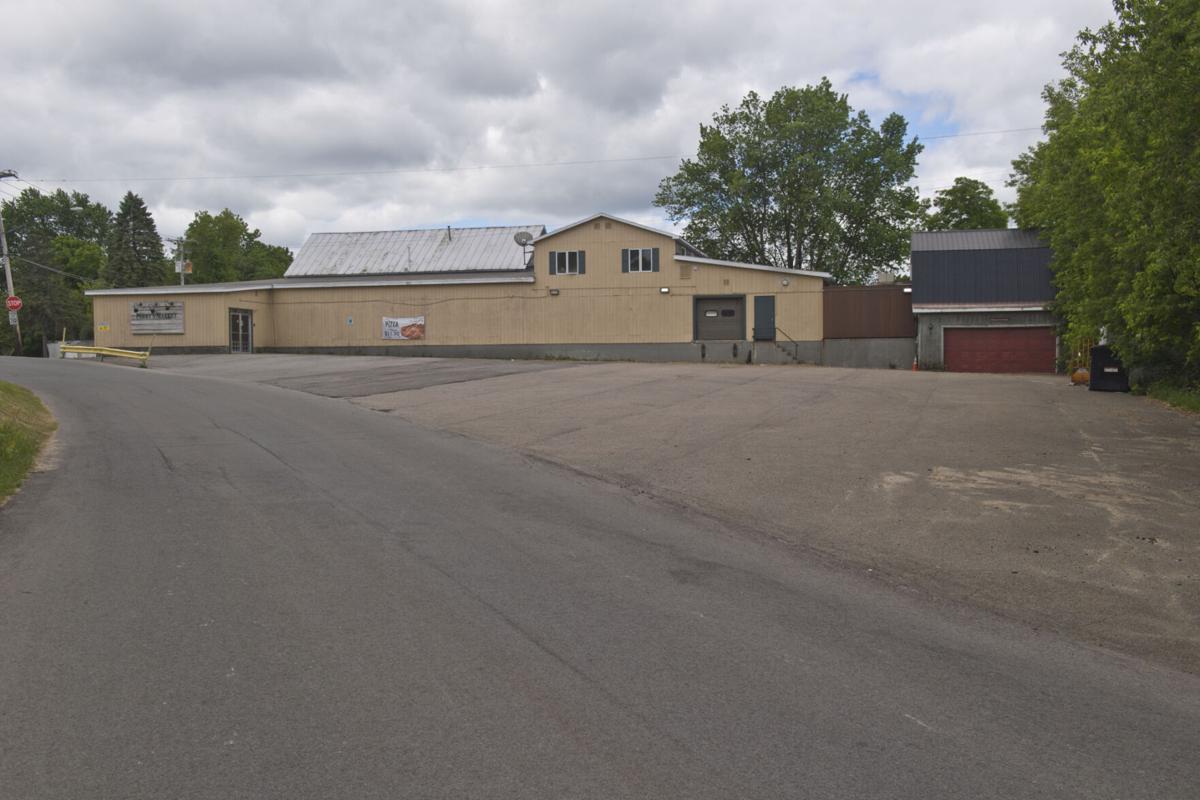 NORWOOD — After a 100-year history and a yearlong foreclosure, Norwood’s community grocery store is returning.

The former Perry’s Market, 58 Spring St., will be revitalized as the Hometown Market & Deli, with an anticipated grand opening later this month.

For new owners and Norwood natives Susan B. Fregoe and her daughter Amanda W. Barkley, Perry’s has been the heart of the village their whole lives, a true embodiment of “hometown.”

“This was the place to go,” Mrs. Barkley said. “That’s what we’re trying to get back to.”

The store opened in 1917, likely first on the property across the street from its current location, and was sold in the 1960s to Roy Kingsley, who named the small market Kingsley’s Grocery. The late Susan G. Perry and her husband Lawrence then purchased the property in 1978, maintaining Perry’s Big M for nearly 40 years.

When Mrs. Perry died in 2016, the Perry’s business model shifted toward an “Adirondack version of Trader Joe’s” after two local couples took ownership and rebranded the space and products under the Perry’s Market name.

Business declined over three years, and less than two months after major renovations were completed in 2019, the doors were locked, leaving the longstanding grocery store empty for more than a year.

Through an online auction in July, Mrs. Fregoe and Mrs. Barkley, together with their husbands, John W. Fregoe and Carmen P. Barkley, bid on the 4,500-square-foot main store space, its adjoining facilities and individual fixtures inside, all separate auction items.

Mrs. Fregoe said they prioritized items they knew they needed, like refrigerated shelves, freezers and the deli counter. Following an intense, timed bidding process, the mother-daughter duo settled into a revival process and finalized the purchases Sept. 3.

“It was meant to be,” Mrs. Barkley said. “The timing was right and we were ready.”

Experienced local business owners, the Fregoes own Norwood’s Hometown Cafe, Madrid’s Hometown Cafe and the Madrid Hotel. Mrs. Barkley owns both Main Street Market and Main Street Liquors in Madrid, and the Tipsy Tomato, the Norwood pizza shop set to move into the Hometown Market & Deli by the end of the year.

Patrons at the other family businesses, Mrs. Barkley said, mention the grocery store every day, asking, “When will it be open?”

With a few minor projects to complete and food distributors contacted this week, the historic grocery store’s reopening is nearing, and the Fregoes and Barkleys are “just waiting for the groceries to arrive,” Mrs. Barkley said. The goal, she said, is to be open by Thanksgiving weekend.

Currently, the only place to buy groceries in the village is the South Main Street Dollar General, which opened in 2015. Other corporate stores — Walmart, Big Lots and Price Chopper — are four miles south in Potsdam. For families and older adults in need of delivered groceries, relying on delivery from an adjacent town may be a financial hinderance and barrier for those without reliable transportation.

When the COVID-19 pandemic first took hold in New York this spring, Mrs. Fregoe applied for a retail license for Hometown Cafe, and delivered meat and produce from the diner to people in the village, Norfolk, Madrid and Potsdam. Hometown Market & Deli, Mrs. Fregoe said, will offer delivery to Norwood and nearby addresses.

“The need is here,” she said. “We did this because the community needs it.”

The Fregoes and Barkleys plan on employing about 10 people to start, and will continue to put work into the store’s new beginning themselves, with help from friends and family.

Mrs. Fregoe said Mrs. Perry, a family friend and lifetime supporter of Norwood events and the annual Christmas Festival, would smile to know the shelves on Spring Street will soon be stocked again.

More information about the official opening date of Hometown Market & Deli will be posted to the market’s Facebook page in the coming weeks.