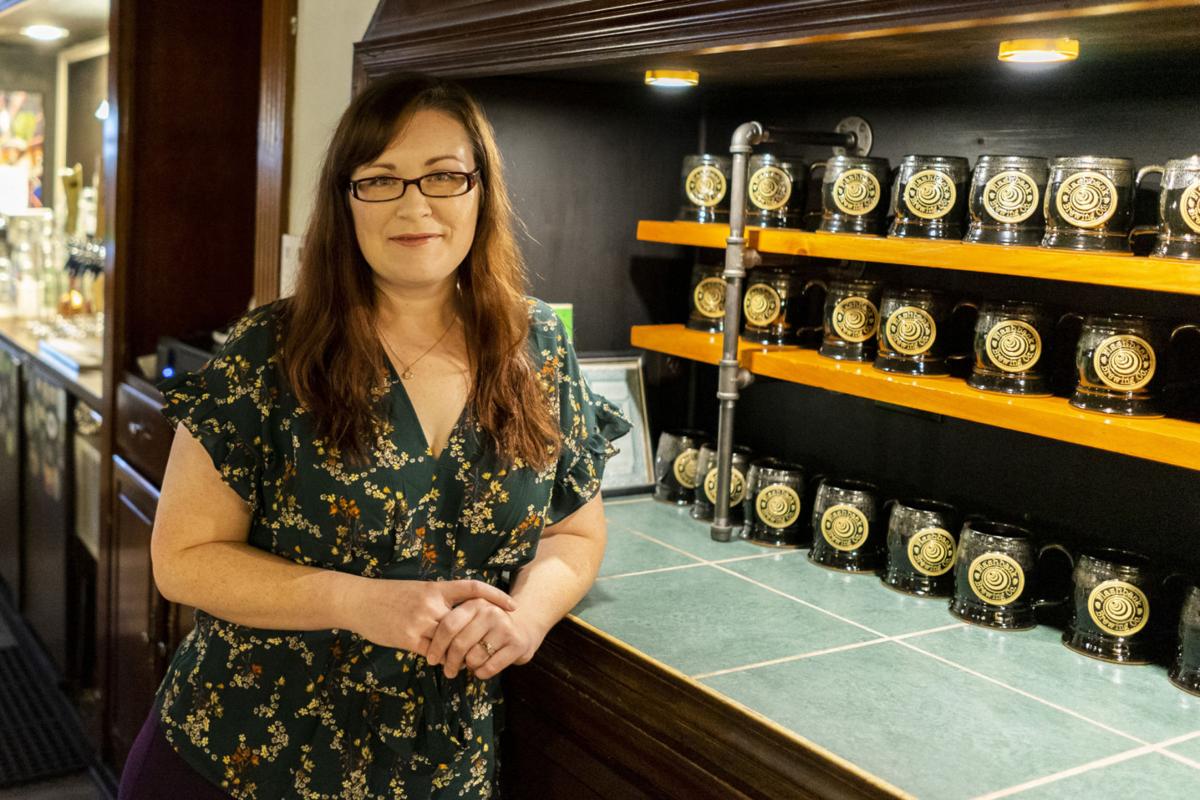 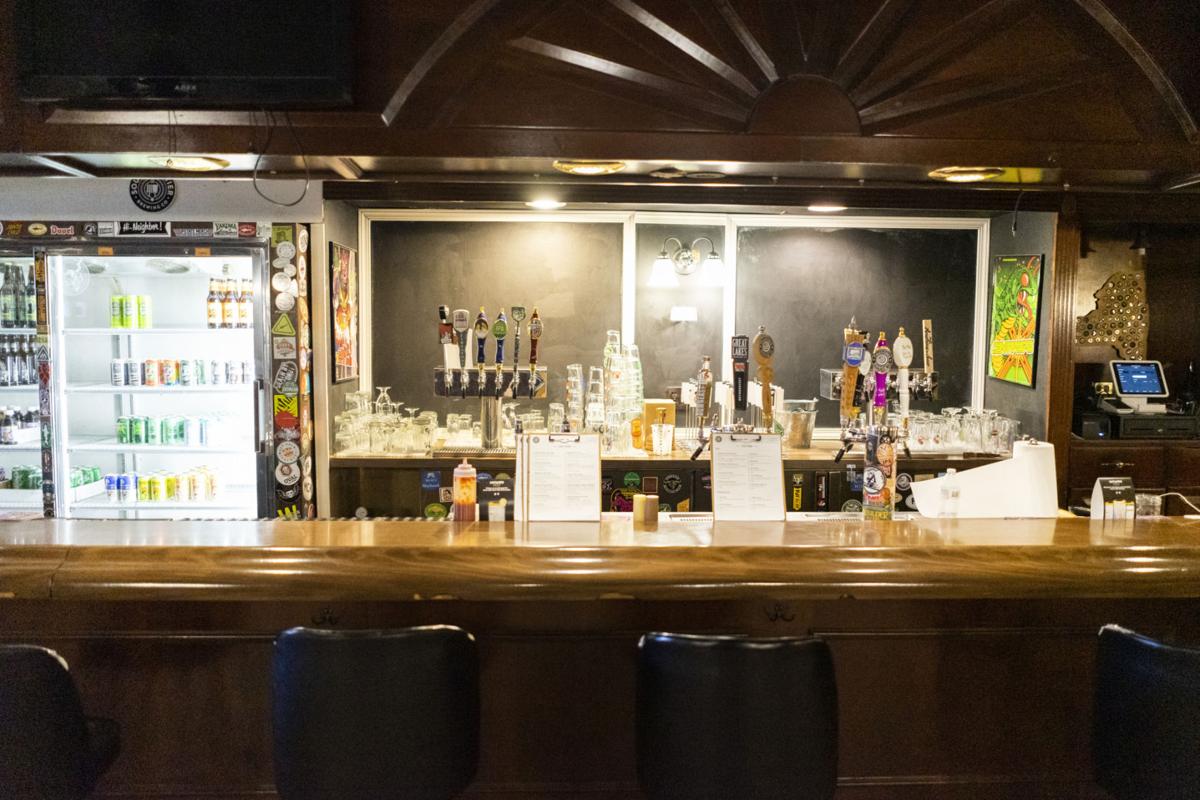 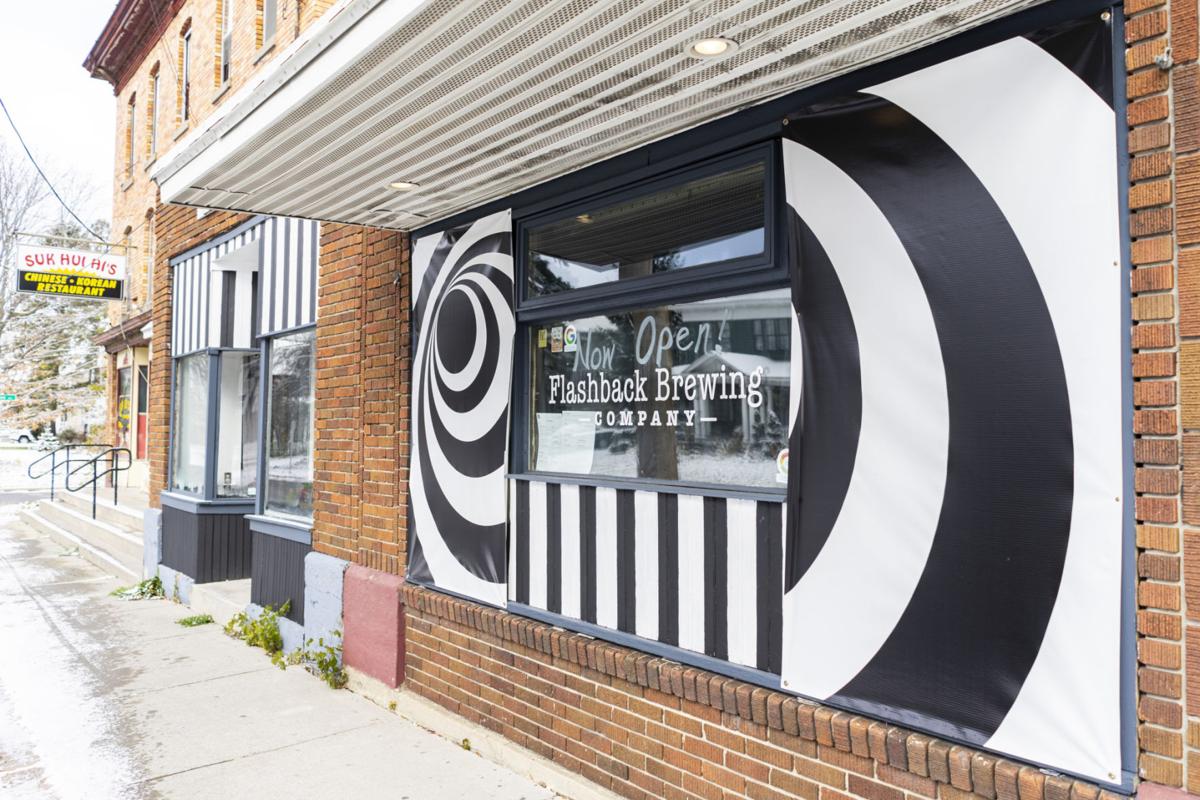 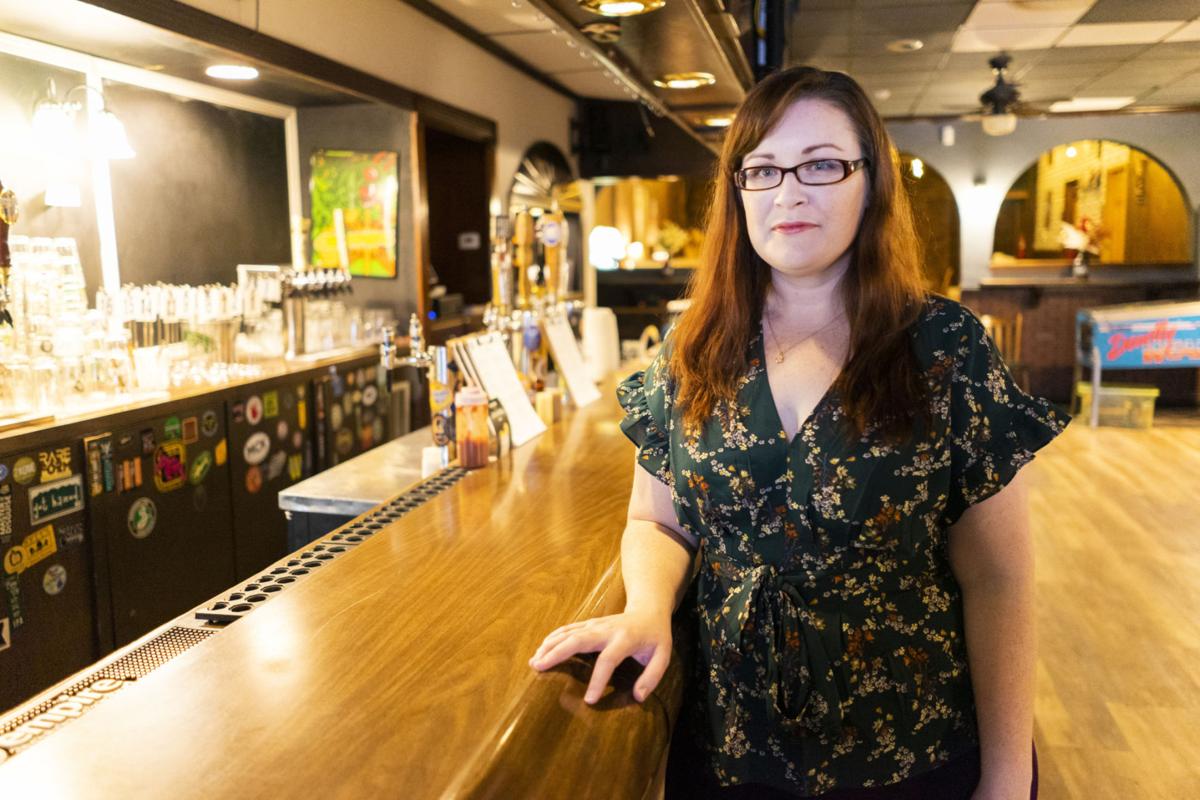 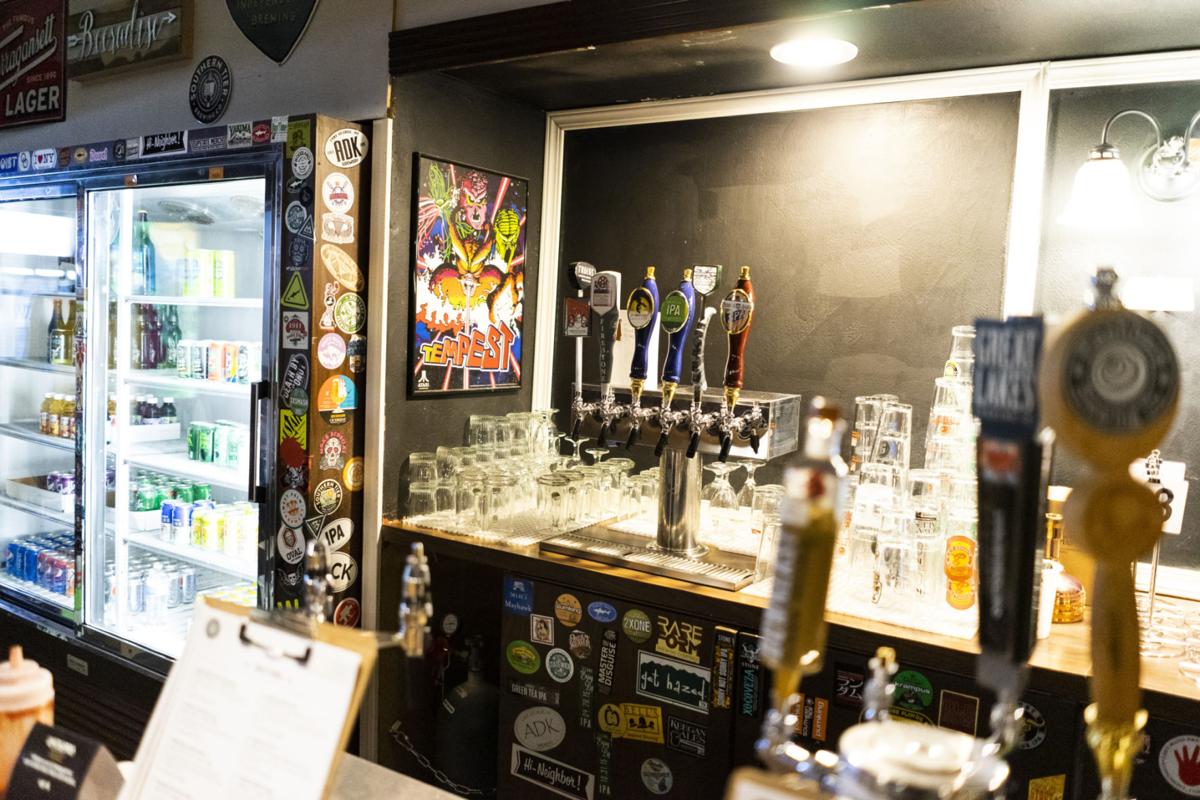 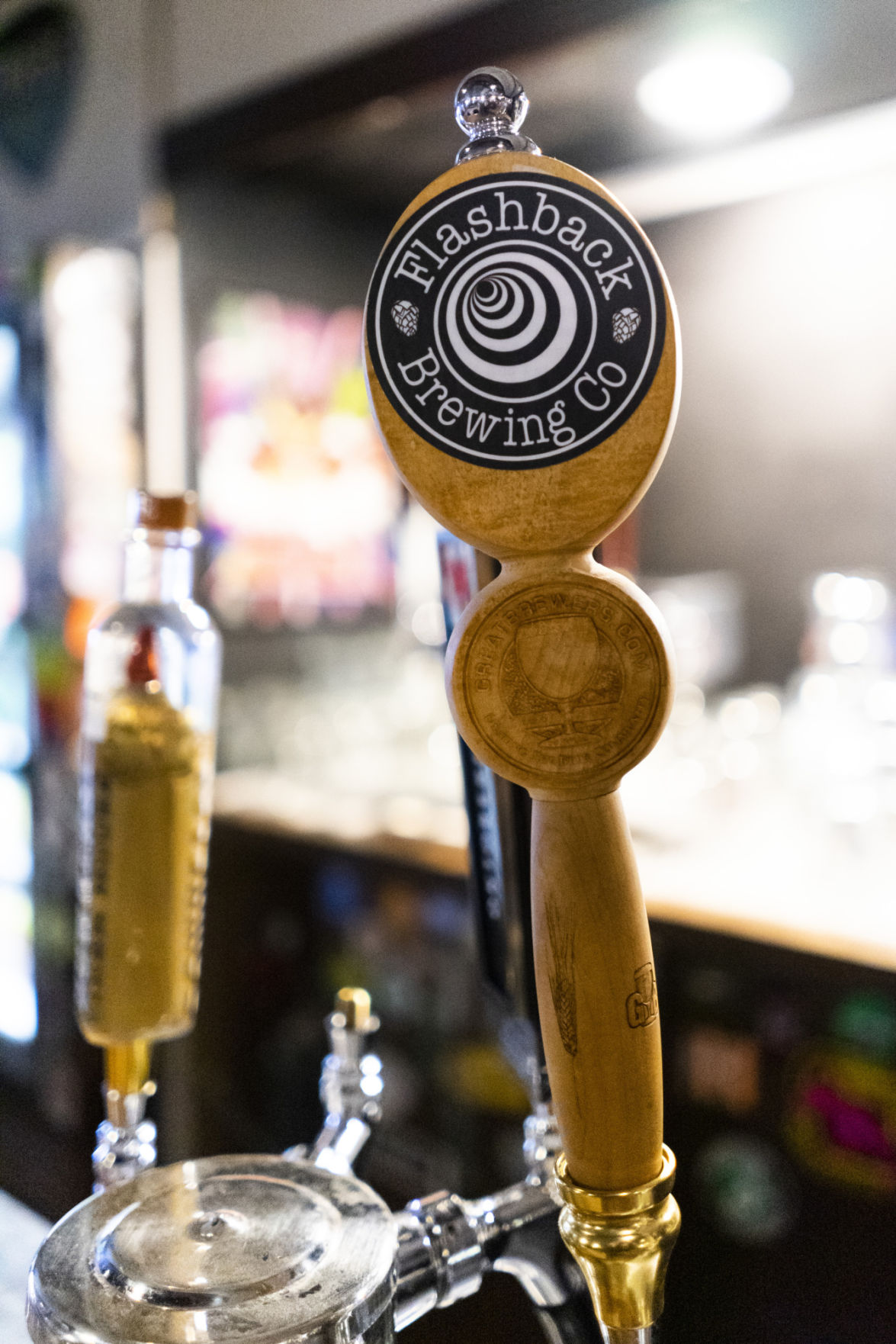 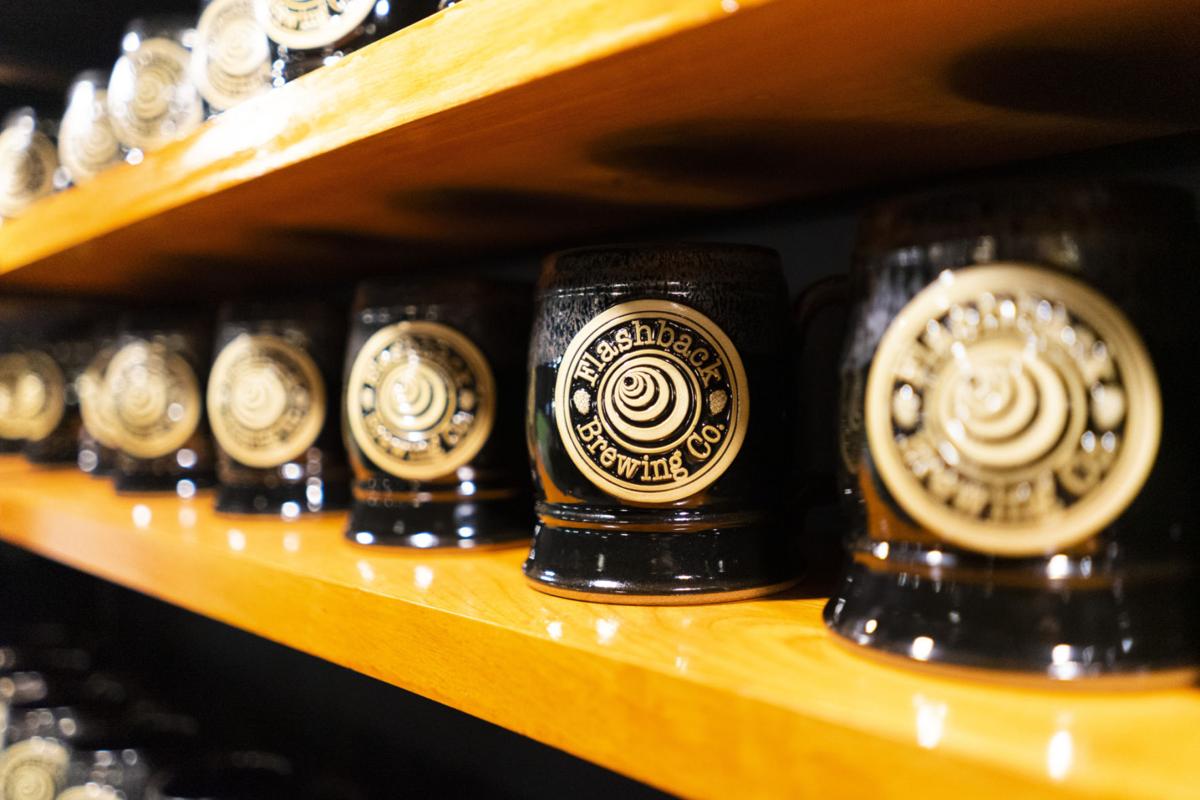 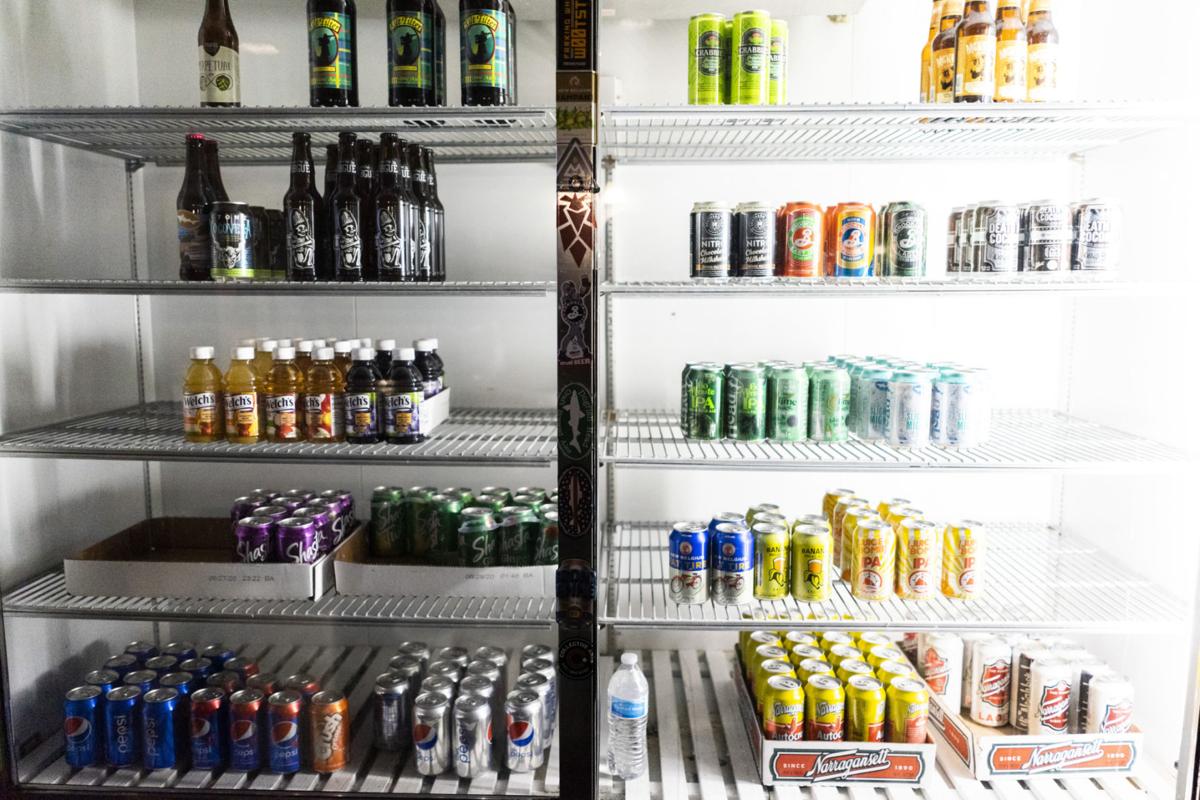 A wide variety of beers are offered at Flashback Brewing Company on Friday in Watertown. Julia Hopkins/Watertown Daily Times

A wide variety of beers are offered at Flashback Brewing Company on Friday in Watertown. Julia Hopkins/Watertown Daily Times

WATERTOWN — Krystin LaBarge brewed new life into the former Flashback Lounge on State Street when she transformed it into her new brewery and restaurant.

Flashback Brewing Co., 1309 State St., has offered customers a variety of rotating beers crafted by Mrs. LaBarge and her husband, Mitchell, since opening Oct. 15. They have sold their own toasted marshmallow milk stout, Barleywine, Pale Ale and Wit from two bar taps alongside other craft beers from across the country, ciders, burgers, flatbread pizzas and a variety of appetizers.

Mrs. LaBarge said she has dabbled in brewing craft beers for years, and enjoys all kinds of ales and lagers. She previously participated in Pink Boots Collaboration Brew Day, a fundraising event that coincides with International Woman’s Day when women brewers craft a chosen beer together. The creativity that brewing allows, the joy of producing her own product and the desire to manage a business encouraged her to open Flashback Brewing. She plans to host a grand opening with a barbecue on Nov. 27.

The revitalized interior of Flashback Brewing features a new coat of paint, new, water-safe flooring, a couple of custom tap handles featuring the brewery’s logo and shelving on the other side of the bar encompassed by a decorative wood trim and adorned with Flashback Brewing mugs. The exterior also features a fresh look with the logo prominently displayed to attract passersby.

When asked why she opened in the former Flashback Lounge, Mrs. LaBarge said she likes the location on a major thoroughfare near Thompson Park and wanted to support other State Street businesses.

Mrs. LaBarge said she originally planned to open her brewery after the Flashback Lounge, previously owned by her husband, closed in December, but experienced some hiccups along the way. The federal government shutdown delayed her ability to secure her federal permitting. She also needed to secure the other necessary permits and renovate the space.

Mr. LaBarge, who also owns Infinite Lives video game store, also on State Street, said he enjoys brewing for his wife’s business. His passion for brewing ignited when he crafted a peanut butter-flavored beer with friends years ago, and he said people asked what he would make next.

“It’s cool because it’s small and you can play around with stuff. You don’t have to make the same beer twice,” he said.

Mrs. LaBarge said she hopes to eventually offer wine from various vintners, grow her menu, use her smoker more and brew her own non-alcoholic beer for customers.

“I have the advantage with his business, with those fans we built over the last six years (with Flashback Lounge),” Mrs. LaBarge said. “Yes, we’re new, but we feel like we’re already established.”

Watertown has become the home a couple of other new breweries in the past several years, including Boots Brewing Co. on Public Square and Garland City Beer Works on Howk Street.