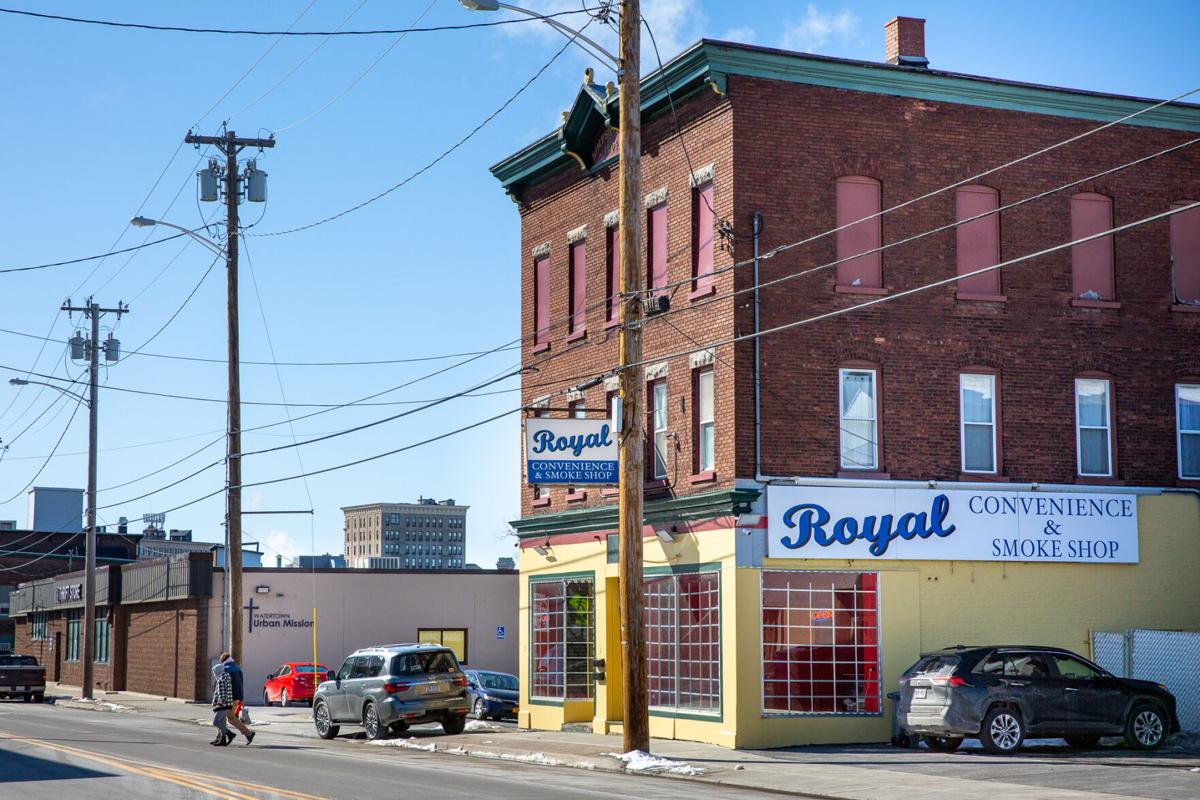 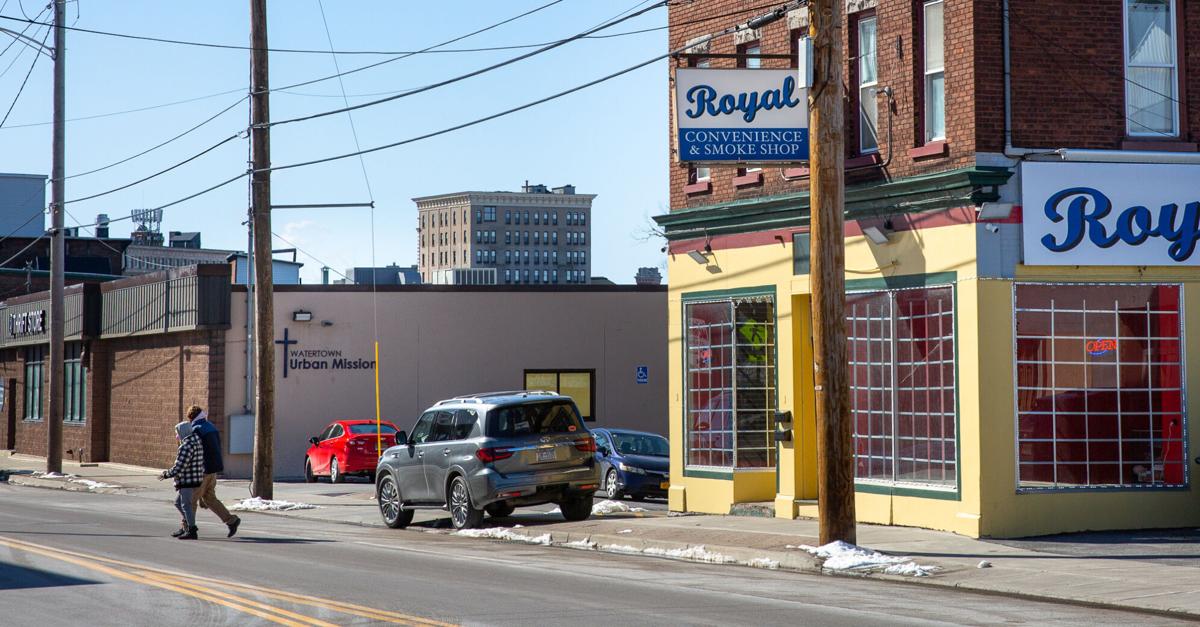 WATERTOWN — A new smoke shop has opened next to the Urban Mission, sparking concern from local organizations over temptation for vulnerable populations seeking assistance with their addiction recovery.

The Urban Mission is home to the Bridge Program, which is an alternative to incarceration program working with individuals struggling with substance abuse. Just around the corner is the Alliance for Better Communities, which also works to help individuals with their recoveries.

Royal Convenience & Smoke Shop opened last week on Factory Street, much to the surprise of those at the neighboring Urban Mission. While those at the mission recognize the business has a right to earn money, it’s the close proximity that has everyone concerned.

“The shop being right next door is very predatory,” said Anthony Mathews, director or the mission’s Bridge Program. “It flies into the face of everything that we stand for here.”

Royal Convenience & Smoke Shop sells the regular products that can be found at any smoke shop, like tobacco and vaping products, as well as smoking paraphernalia that can be used for marijuana.

The larger point regarding the shop is not that it shouldn’t be able to sell its legal products, but rather if such businesses should be located in the midst of impoverished neighborhoods, said Anita K. Seefried-Brown, of the Alliance for Better Communities.

Both the Alliance and the Urban Mission are asking for discussion and consideration of new zoning laws to prevent this type of thing from occurring again in the future.

“I think that we need to not be surprised as a community and it’s time to start talking. It would be a healthy dialogue to ask ourselves, is it OK to open a head shop next to an organization that offers substance abuse programming? It’s something we should talk about as a community,” she said.

Right now, the use of the shop is compliant with current zoning laws as it’s considered a retail operation, and retail is allowed in the downtown zoning district in which the property is located. According to Michael A. Lumbis, the city’s planning and community development director, the city is in the process of rewriting its zoning ordinance, and part of that is determining what specific uses will be allowed in certain areas.

With the recently formed zoning rewrite committee, which has been in operation since last summer and consists of city staff and others from the community, a consultant has been hired and everything within the existing ordinance is being looked into, including the issue of smoke shop locations. The rewriting effort is funded by Community Development Block Grant funding.

“It started a little slow because of the pandemic, but we’ve been meeting monthly since the summer,” Mr. Lumbis said. “We’re still probably another eight or nine months before we reach a point where we’d be able to adopt something new.”

If new zoning were to prohibit the type of use in certain areas, existing stores, like Royal Convenience & Smoke Shop, would be grandfathered in and allowed to continue to operate.

Though the shop may be there to stay, its location and proximity remain a concern, something Ms. Cole said would not be an issue in a more affluent neighborhood.

“I think it’s unconscionable that it’s OK for it to be here,” she said. “It’s fundamentally wrong to put it in one of the most impoverished neighborhoods in the city of Watertown.”

Those seeking help from programs like the Bridge Program at the Urban Mission, who go to meet either Mr. Mathews or a case manager will most likely have to walk past the shop on Factory Street, which could serve as a trigger for those who have been in recovery for any period of time, which makes it hard to provide the services these individuals need, Mr. Mathews said.

“We’re painfully aware that reversing is just about impossible,” Mrs. Seefried-Brown said. “This is the second head shop that sprang up within a very short period of time. When we project further down the line toward (marijuana) legalization, these shops will probably pop up like mushrooms after a warm spring rain. And once they’re established in the community, it will be very difficult to close them down.”

Those at Royal Convenience & Smoke Shop could not be reached for comment Thursday.

I went to college in Lubbock, Texas. The city is dry, meaning no alcoholic beverages can be sold inside the city limits. Right outside the city limits all in one place is a single block with nothing but about a dozen liquor stores. Why couldn't Watertown similarly ban the sale of certain kinds of items inside the city limits? The shops could technically remain in business, but wouldn't be able to sell whatever they want. Or does New York micromanage local governments more?

The irony of mentioning micromanaging of local governments while advocating for micromanagement of businesses is hanging out there for all to see.