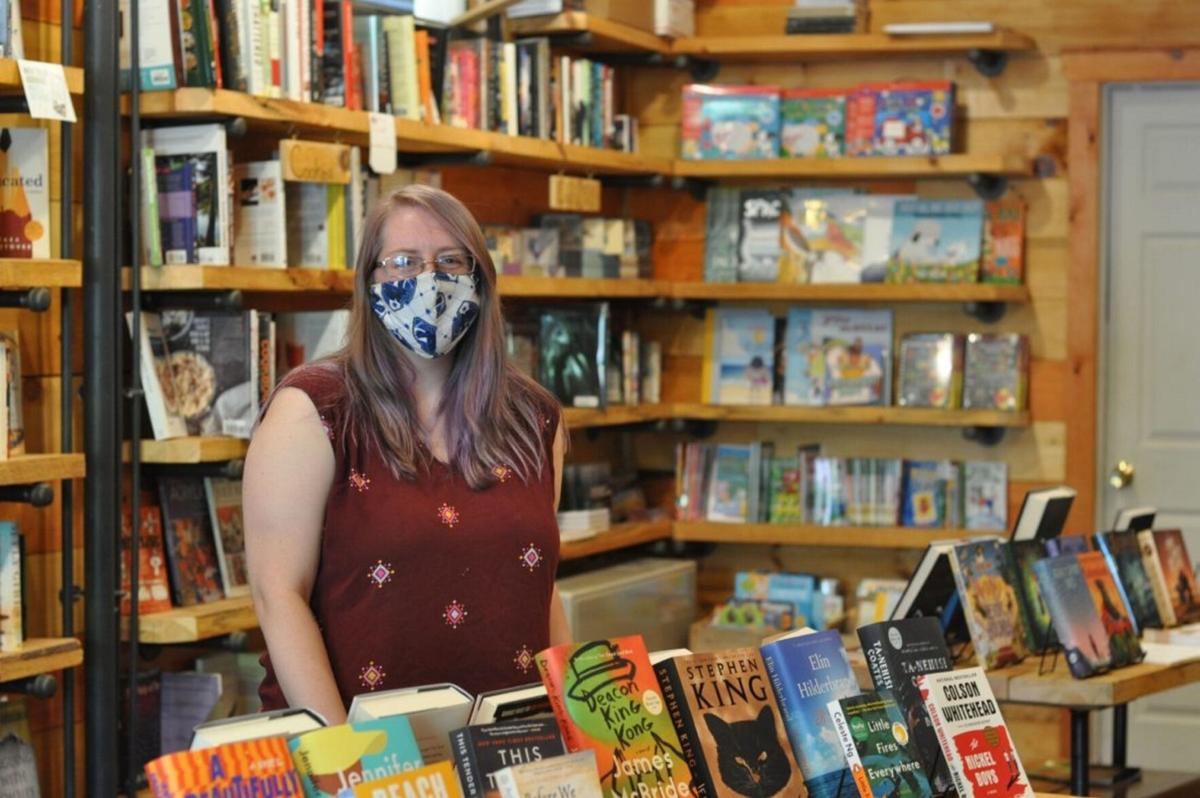 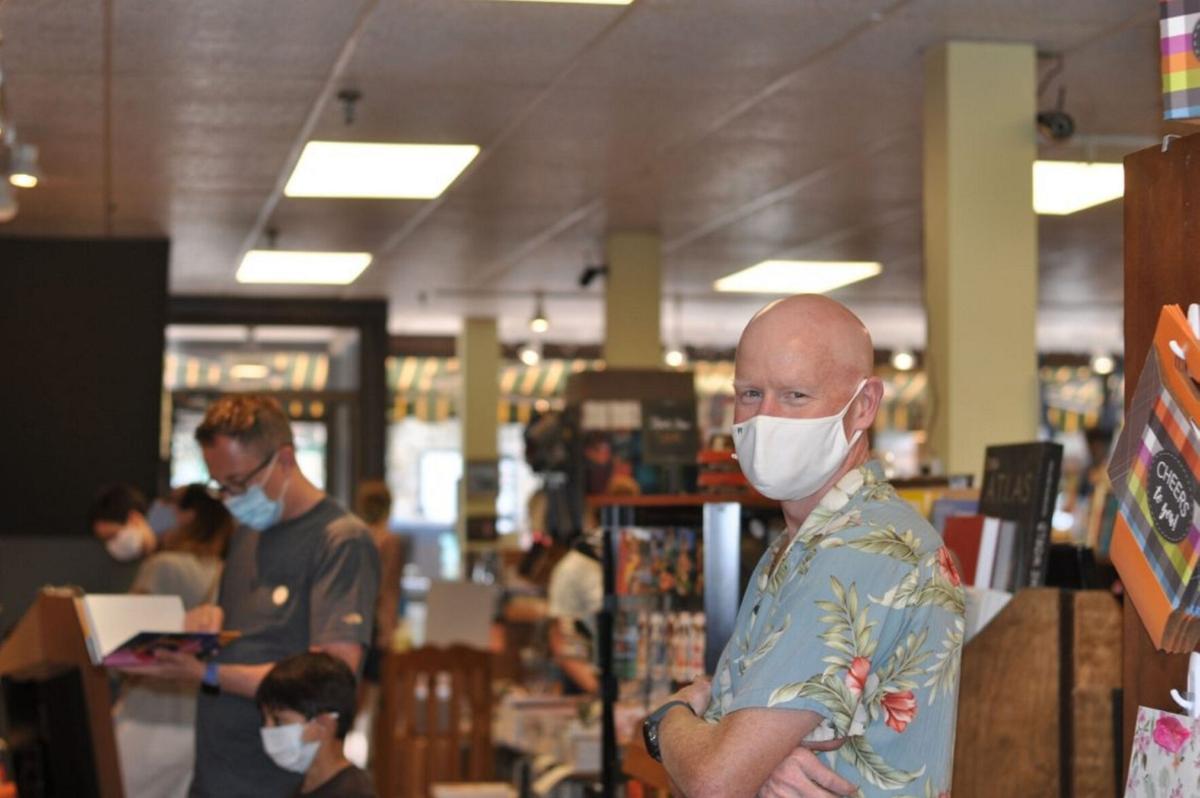 Marc Galvin, co-owner with his wife Sarah Galvin, in their Lake Placid bookstore, The Bookstore Plus. Amy Scattergood/Adirondack Daily Enterprise 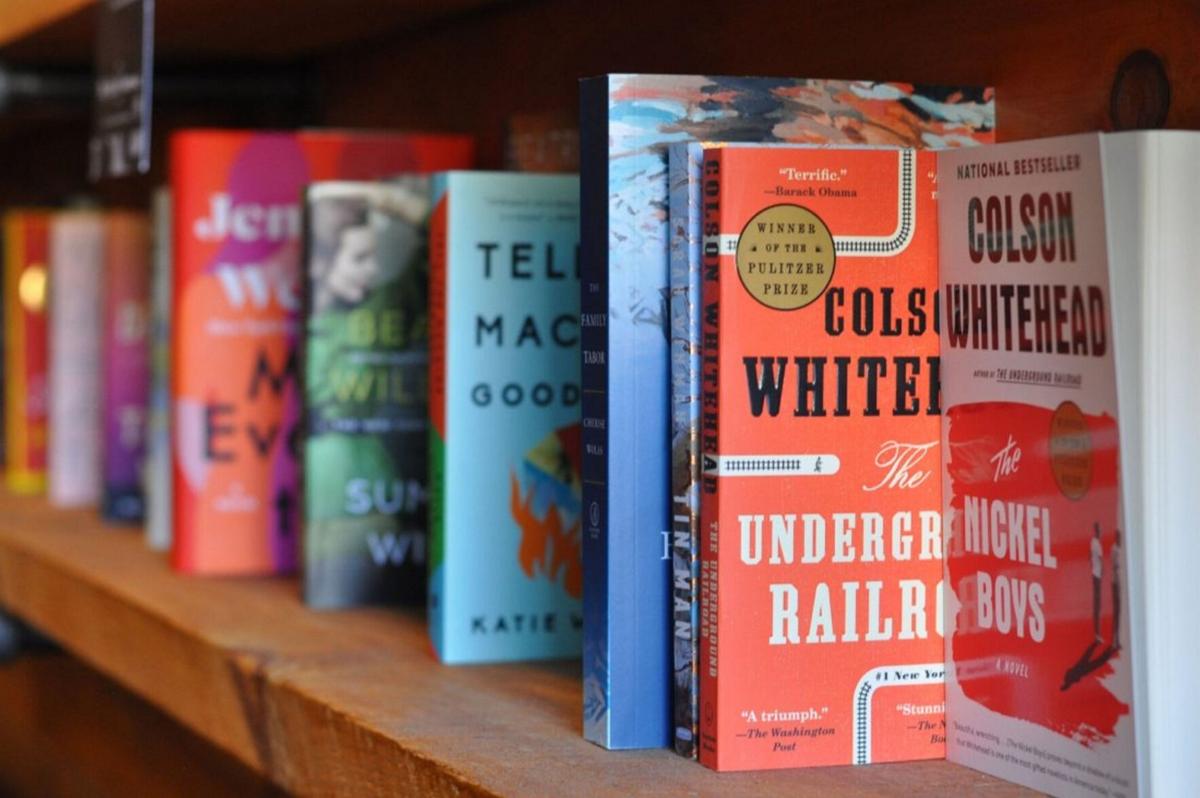 Marc Galvin, co-owner with his wife Sarah Galvin, in their Lake Placid bookstore, The Bookstore Plus. Amy Scattergood/Adirondack Daily Enterprise

Arrows on the bookstore floor direct foot traffic, as if the 460-square-foot shop is a giant board game. A sanitation station has joined the tables filled with current titles and an impressive selection of fantasy science fiction and young adult books. At the register of her three-year-old bookstore The Book Nook, Jessie Fischer gives book recommendations, her smile hidden behind a Gryffindor mask, her dark blond hair streaked with lavender.

Independent bookstores have been living on the edge since long before COVID-19 shut them down in March, struggling to compete with Amazon’s online bookstore juggernaut. But Fischer says that since she reopened her doors at the end of May, business has been better than she feared, and that sales for this June actually surpassed those of the same month in the previous year.

“People can only binge-watch so much Netflix,” said Fischer, who opened the bookstore in 2017 and is its sole employee. The shop, lined with wooden panels and loaded shelves, resembles a library built into a ship’s galley. Before becoming a bookstore, it was part of Borracho Taco, the taqueria next door owned by Fischer’s husband, Ryan Davis.

When she closed her bookstore in March, Fischer shifted to curbside and delivery service, something that she’d never done before, turning her shop into a kind of bookmobile. And though she had to stop her book club, she created another one — on the phone, giving book recommendations for anyone who calls.

“I was on the phone for an hour and a half with this one lady,” said Fischer, a Paul Smith’s College alum who stayed after graduating and opened a bookstore as a “bucket list” dream. “I don’t talk politics; I don’t talk religion. I talk books.”

Both locals and out-of-state folks have also been calling, not only to order books, but to ask what they can do to help the bookstore in these unprecedented times. Schools being out of session has also meant more readers. In May and June, said Fischer, she saw an upsurge of middle school readers. “Not just buying one or two books, but four or five.”

At The Bookstore Plus in Lake Placid, bookshop owners Marc and Sarah Galvin have already rehired their staff and their shop’s numbers are back to what they were last summer.

“Everybody came back,” said Marc, who bought the bookstore with his wife from her parents, Chris and Nancy Beattie, in 2007. Nancy had opened the Bookstore Plus in 1977. The Galvins’ shop now has an inventory of over 20,000, including a large art supply section.

The Galvins also shifted to curbside and delivery service in the early days of the pandemic, “Starbucks wasn’t open. They loved the easy access,” Marc said of his customers, who still ask for sidewalk shopping even though he now uses the USPC service Pirate Ship to cut down on his own trips. “We’ll ring it up and toss it in their vehicle, just throw it in the backseat,” he said, eyes crinkling behind his own mask.

“Our point was that the library was closed, the schools were closed,” said Marc with a shrug. “So we did it the hard way.”

Jessie Fischer was able to open her shop as an essential business for about a week in the early days of the pandemic, as she was the shop’s sole employee. Then New York state changed the rules and she again closed her doors.

According to the American Booksellers Association, 10 independent bookstores have so far permanently closed due to COVID-19, and the ABA is currently surveying its members about the financial impact of the ongoing pandemic.

But although overall sales are down and the cost of operating has risen, “online sales in the indie channel have grown considerably,” wrote Dan Cullen, the ABA’s Senior Strategy Officer, in an e-mail. “Indie bookstores are known for their creativity, their resilience, and their community support,” Cullen wrote. “Booksellers are working to adapt their businesses, keep connecting books with readers, and find innovative ways to be of ongoing service to their communities.”

That community support has been critical to both Fischer and the Galvins, and both bookstores have remained open and even flourished because of the kind of personal attention that they reciprocate.

“I’ve had to connect with every single customer,” said Marc. “We were never not available to customers; we just couldn’t let people in.” Before the Galvins reopened their bookstore’s physical doors to the public, they’d gone from 6-8 orders a week to 8-10 per day. Even with orders settling down and the store operating at a mandated half-capacity of 15, folks are reading. “People will line up outside under the awning,” said Marc, standing near one of the painted floor signs marking physical distancing, made by a local artist.

Both bookstores have also benefited by support from their industry. Marc says that he has a wholesaler who’s been getting them books in a single day. “It helps us do our jobs; we can’t compete on price,” Marc said of the discounted prices that giant booksellers like Amazon can offer. Fischer said that a few smaller publishing companies have been offering pay-as-you-can options to booksellers to help them get through the crisis.

One booksellers association even has Zoom calls, said Fischer, offering support for bookshop owners who are fielding an unprecedented number of calls — not just to order books but to chat.

“People are lonely,” said Fischer, and they’re reading. Are they reading more? “Oh, yes. They’ll call and I’ll be like: Did you finish that already?”