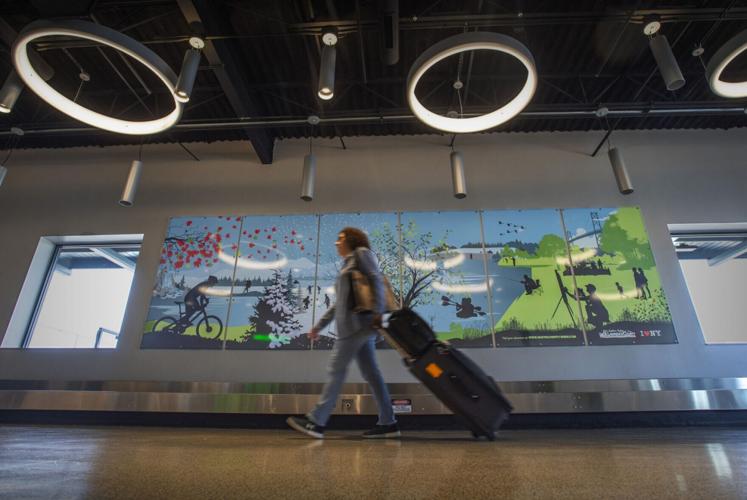 A passenger walks past a St. Lawrence County tourism mural in the baggage claim area at Ogdensburg International Airport in September. A portion of the $18 million in state funding the Ogdensburg Bridge and Port Authority is receiving will go toward terminal improvements. Christopher Lenney/Watertown Daily Times 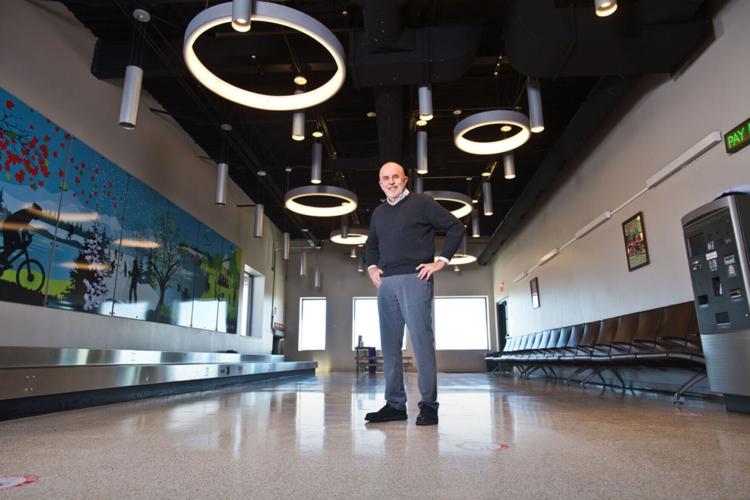 A passenger walks past a St. Lawrence County tourism mural in the baggage claim area at Ogdensburg International Airport in September. A portion of the $18 million in state funding the Ogdensburg Bridge and Port Authority is receiving will go toward terminal improvements. Christopher Lenney/Watertown Daily Times

OGDENSBURG — The Ogdensburg Bridge and Port Authority has accepted a grant agreement with the state Department of Transportation for $18 million of improvements at Ogdensburg International Airport.

The authority’s board of directors ratified the deal during its November meeting. OBPA Executive Director Steven J. Lawrence said he expects the expansion to officially open at the end of 2024.

“We’re looking at having design done by May or June (2023), and have a bid package ready for August” of that year, Mr. Lawrence said. He added that engineers have already gotten the OK to start with surveying and environmental work.

The project will involve constructing a new jet bridge to accommodate additional aircraft types and improve customer boarding. To accommodate current and future airlines at the airport, additional ticketing counters will be installed. The project also includes installation of a dedicated rental car counter, the governor’s office said when announcing the grant in September.

The terminal renovation will add a convention center that can be used while the airport runs. It will be available to the public, and designed so public use won’t interfere with airport operations. There will also be Wi-Fi upgrades and a new HVAC system aimed at preventing the transmission of airborne germs.

Outdoors, the passenger pickup and drop-off area will be covered, with an extended canopy over the entrance to the airport, so when people either drop off or pick up passengers, they’re in a covered area.

There will also be upgraded security doors and sprinklers, new passenger information display systems, and “design themes that reflect the airport’s surrounding community and character,” according to a news release from the governor’s office.

Outside, electric vehicle charging stations will be installed in the parking area, and there will also be solar panels installed.

Mr. Lawrence said they’re considering a three-phase process — site work, structural steel installation and work on the main portion of the project, and interiors, although that’s not yet official.

“It’s a transformational project for this whole region, what this will do at the airport. I hope the community understands we need to build it and use it to improve all air traffic in the north country for all of us. I hope our neighbors to the north use our airport,” OBPA board chair Vernon D. “Sam” Burns said.