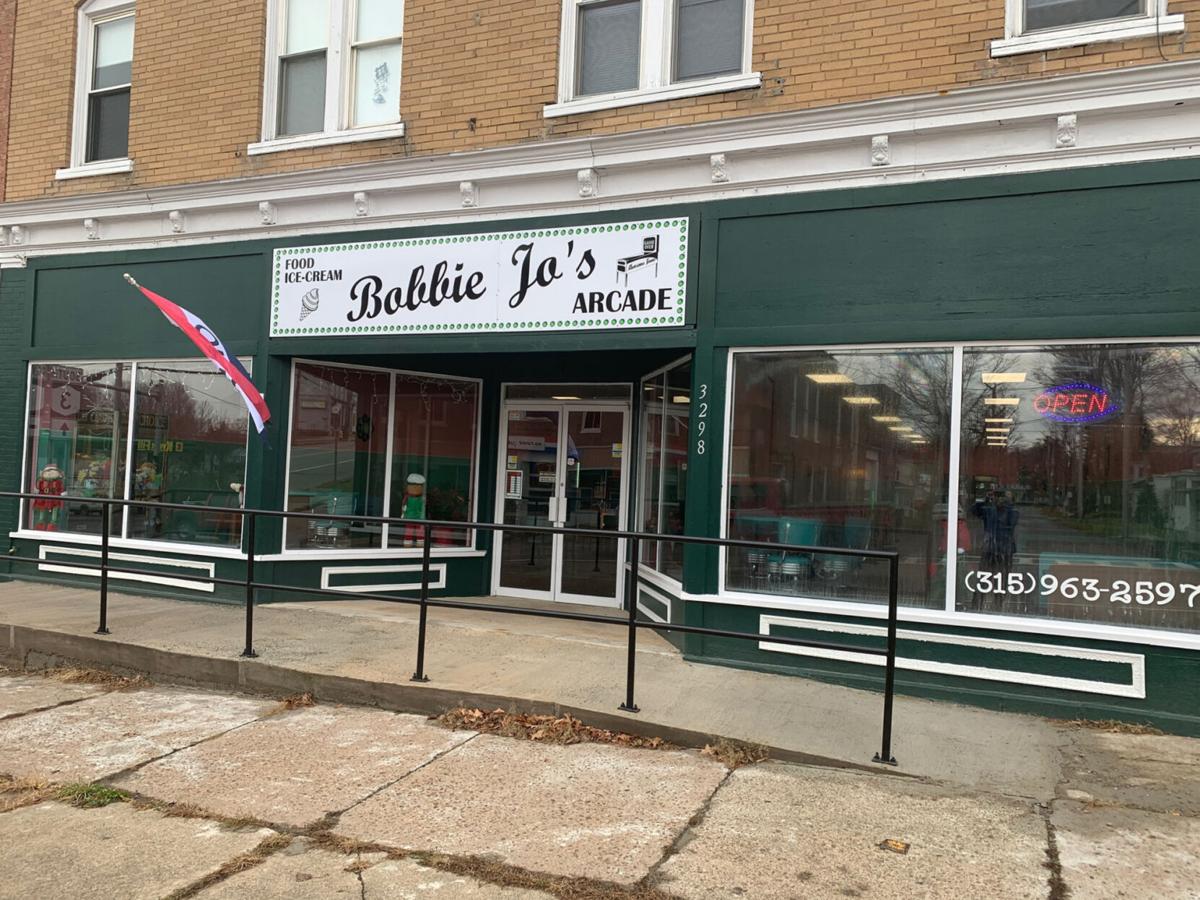 The front of Bobby Jo’s Arcade on Main Street in Mexico. Photo provided. 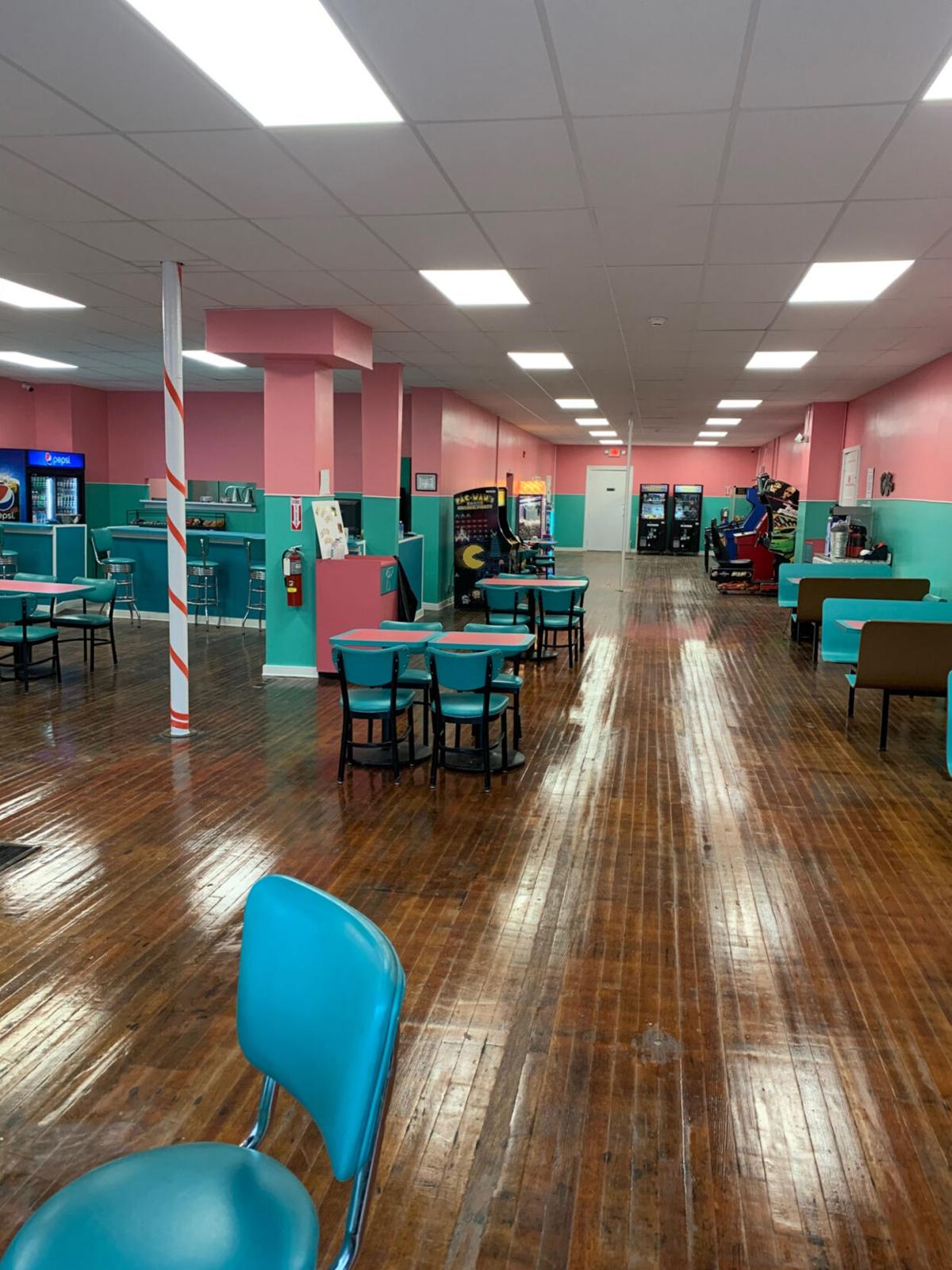 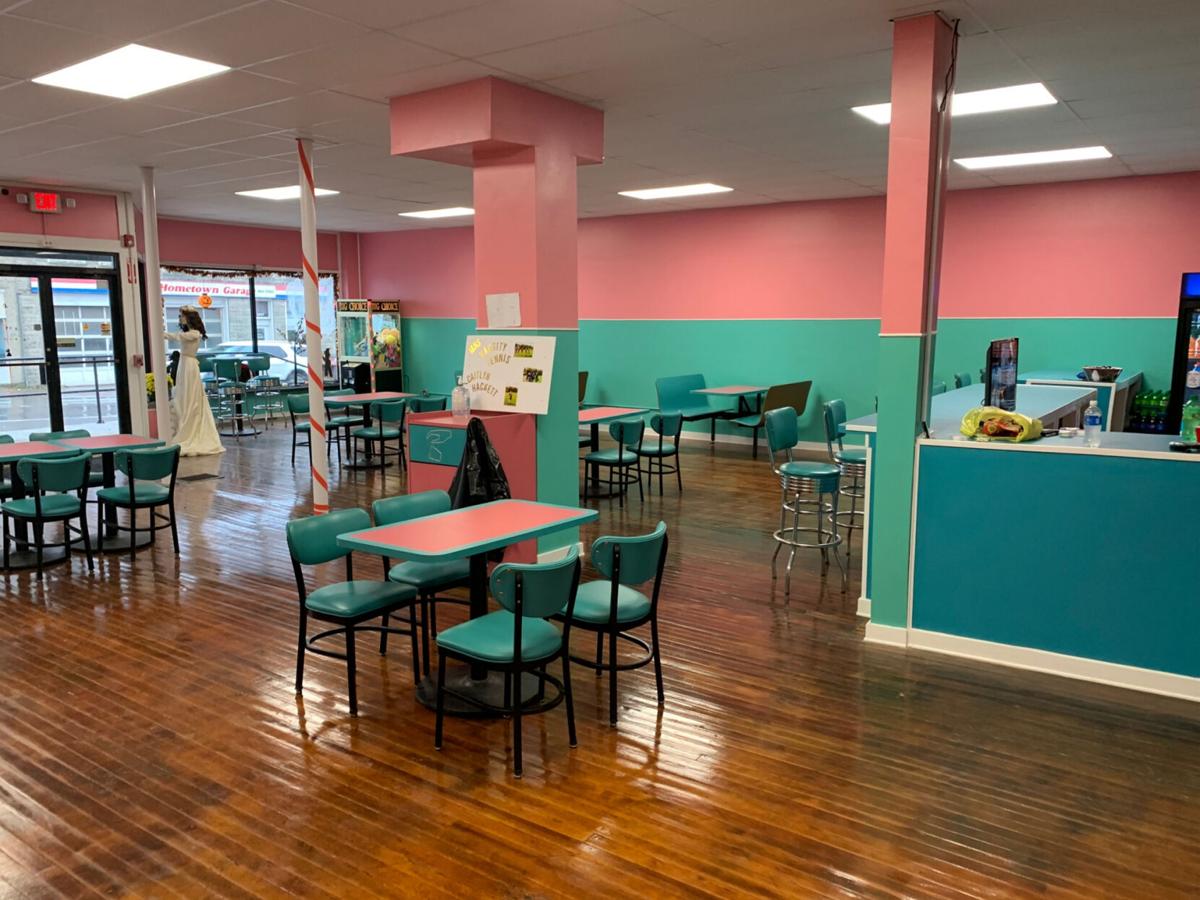 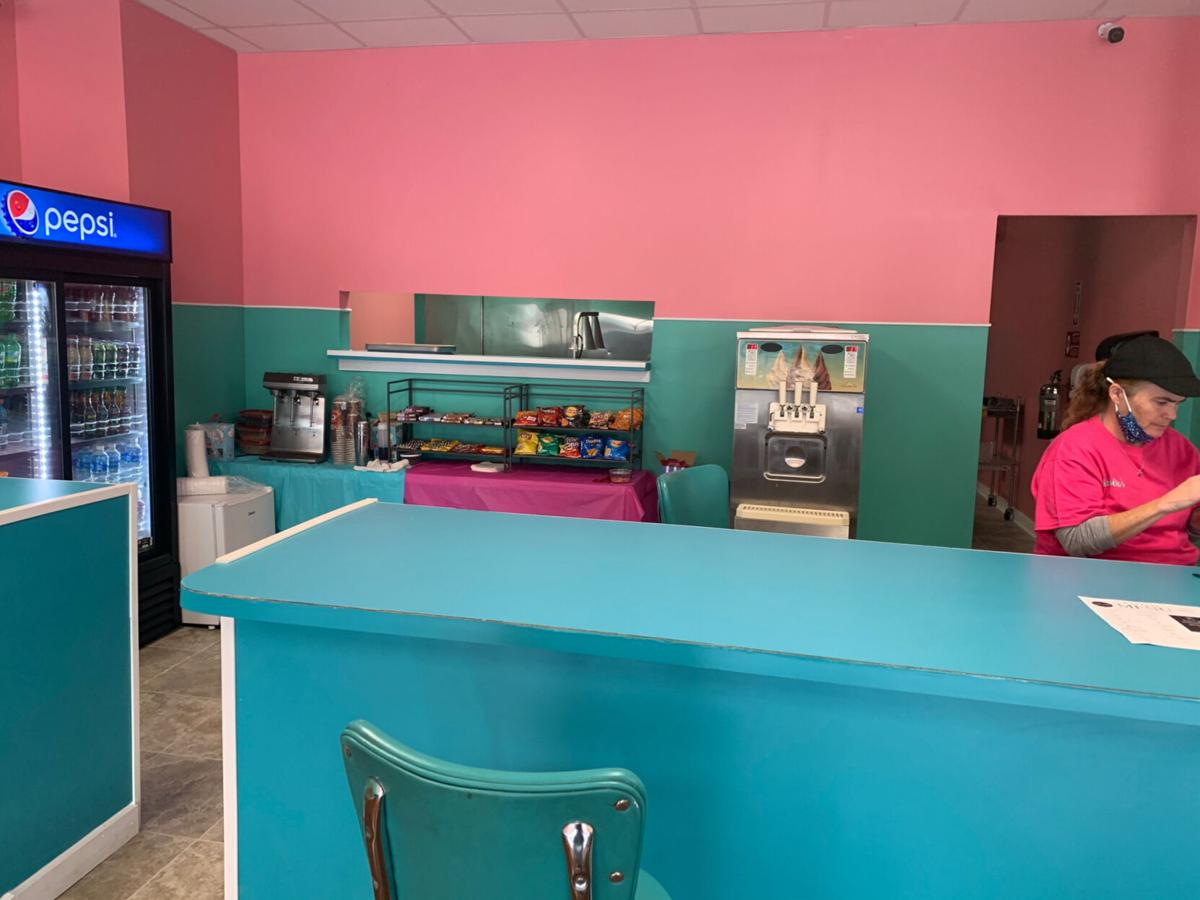 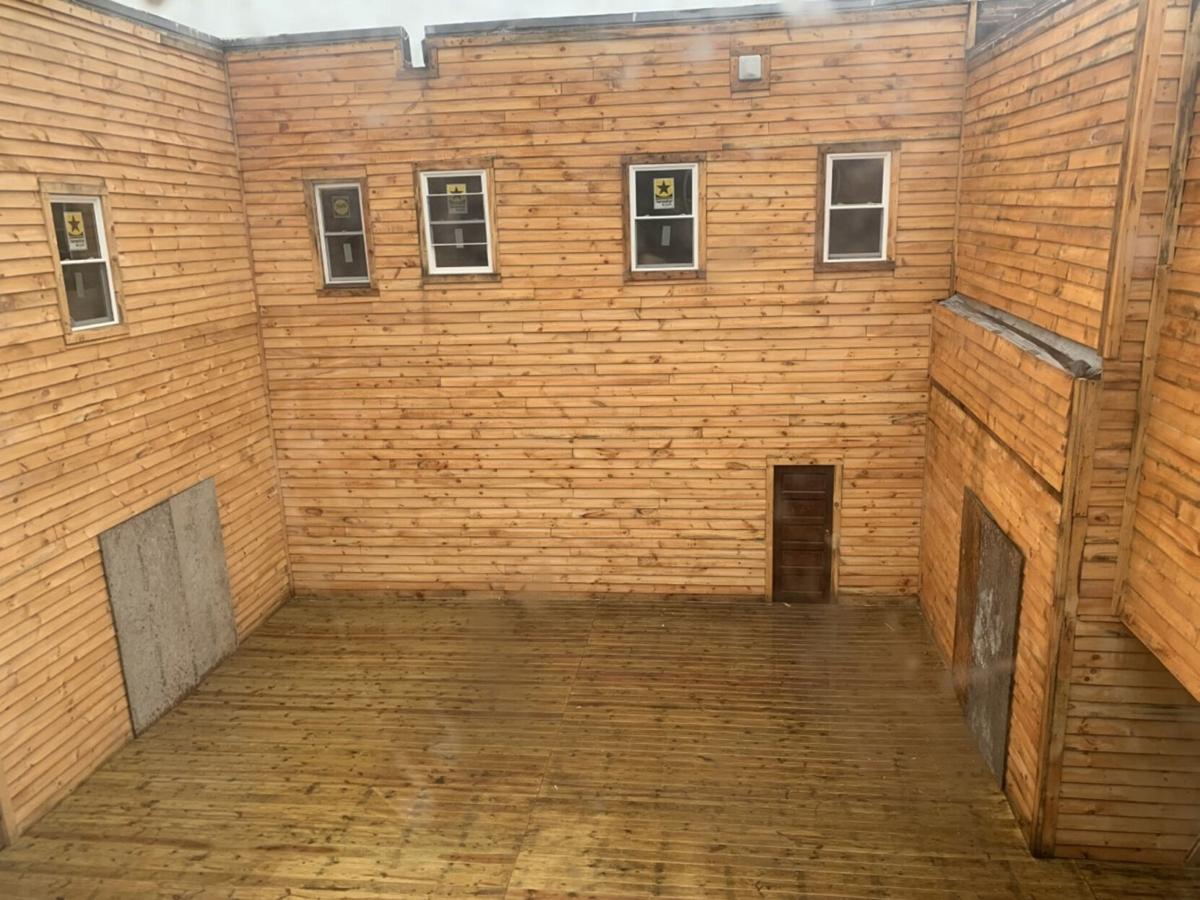 The front of Bobby Jo’s Arcade on Main Street in Mexico. Photo provided.

MEXICO — A dream dear to the heart of the late former president of the Mexico Chamber of Commerce, Gail Jenkins, is coming true thanks to her husband and his new partner.

Bobby Jo’s Arcade in the old Kingsley Building at 3298 Main St., next to the old Beck’s Hotel, is that dream, “a place to hangout for the kids,” as her husband Terry Jenkins described it, a dream she never gave up on, he said, until lung cancer took her at the age of 63 in Dec. 2018.

It’s a place with classic games of the past: pinball (changed out every three months or so “to keep it fresh,” Terry said), Pac-Man (does it get any more classic?), a race car driving machine, and numerous games from the ‘80s and ‘90s when just seeing something move on a screen was new and exciting. And it still can be. Only one person in the world is known to have beaten Pac-Man, having racked up 3,333,360 points, attaining the final level 256, and all without dying even once, back in 1999.

But wait, there’s more, or there will be. And it’s called food. According to Terry, they’ll soon be serving cheesesteaks and fresh haddock sandwiches and dinners. They already have ice cream, milkshakes, flurries, and ice cream cones.

So, it’s not just games. It’s games and food, and it’s all socially distanced within 2,000 square feet of space, taking up just the front half of the 4,000 square foot first floor. In the back 2,000 square feet you’ll find the kitchen, the washrooms, and storage.

Only he and Bobby Jo Cronk work there for now, “until we can get this up and running, and then we will hire as we need it,” Terry said.

Getting the arcade up and running is Terry’s first priority, but he has a serious second, for Terry also owns the building right next door, the former Beck’s Hotel, and he plans to bring that place back to life, just as his wife had hoped to do.

“She always wanted to get this place up and going again,” Terry said. But it’s going to take some time.

“That could be a year or two down the road,” he said. He’s already done a lot of renovation at Beck’s. New power, water, new sheetrock, new roof.

“Where the roof caved in,” he said, “I made that an outdoor courtyard, and it came out really nice.”

The walls of the courtyard are Amish, rough-cut, seven-inch siding. All-natural wood, according to Terry.

“I would love to get it up and running,” he said.

In the summer months, he was able to work on Beck’s and the arcade, but he won’t be working on Beck’s in the winter. He hopes to turn it back into a restaurant, bar, and hotel. There are seven rooms upstairs, including two one-bedroom suites and five other rooms, each with its own bathroom. He’s doing all the renovation himself.

There are also four apartments above the arcade, three one-bedrooms and one two-bedroom.

“It’s nice to have the space,” he said. And it’s nice to make what was old new again.

Capt. David Boyd bought the building in the 1800s and when it burned in 1897, he rebuilt it and named it the New Boyd House. John Beck bought the landmark in 1912, and it continued to be known as Beck’s Hotel. Beck’s children John, Catherine and Isabelle owned and operated the site until it was sold in 1980. The most recent previous owner was Harold Perau, who Terry Jenkins said he talks to all the time.

“He tells me all the stories,” Terry said.

Those are the old stories. Now it’s time to create new stories for a new generation of Beck’s Hotel fans and arcade gamers. Given the number of people who loved the old Beck’s, there’s no doubt the new Beck’s will keep the stories coming.