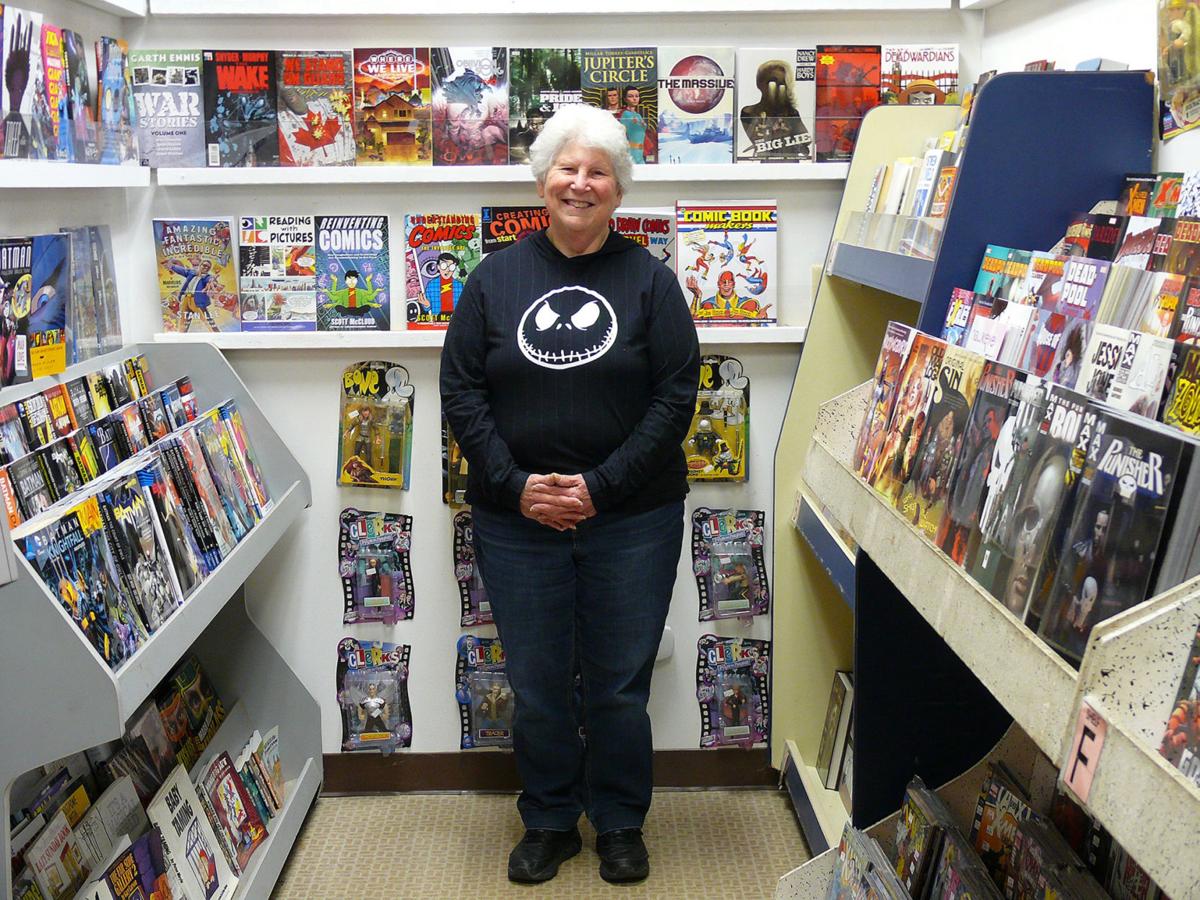 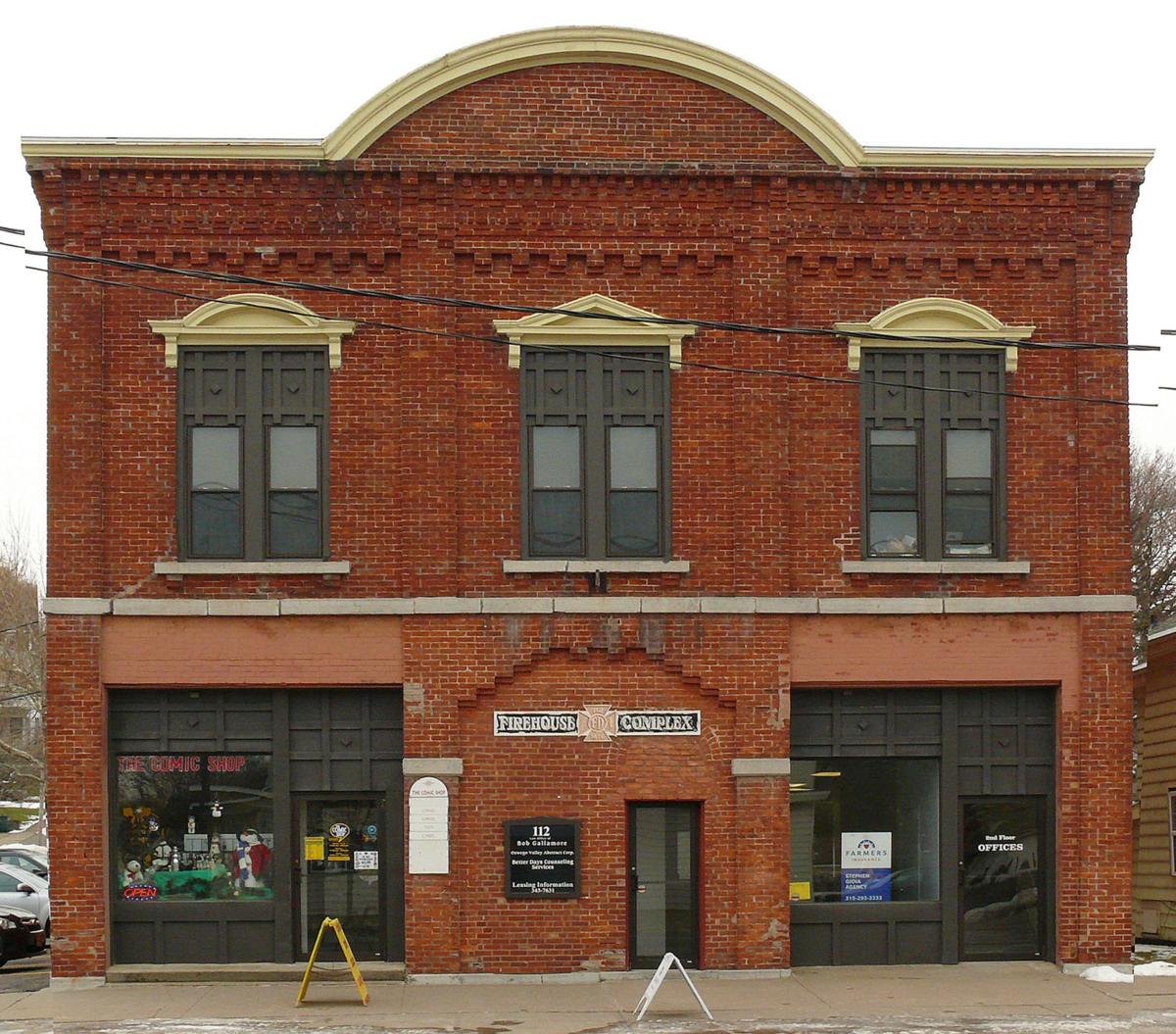 The former eastside firehouse, built circa 1870, home to The Comic Shop on the corner of Bridge St. and E. 6th. Randy Pellis/Oswego County News

The former eastside firehouse, built circa 1870, home to The Comic Shop on the corner of Bridge St. and E. 6th. Randy Pellis/Oswego County News

“To every thing there is a season, and a time for every purpose under the heaven.”

Her Comic Shop is closing. She is retiring after 27 years in a business she came to almost as an afterthought, a sideline that became the main event, in a historic building on the city’s eastside, that has created its own history now over generations.

“I’m getting older. I’ve got grandkids on the West Coast, and I don’t want to be restricted in my ability to go visit them,” she said of her decision to close.

“Retail sales being what they are in this day and age, it’s time.

“I think if you talked to any person who is in retail, they would say, ‘yes, of course,’ everybody shops online nowadays. That’s just the way it is now.” Things change.

But she feels people are reading comics as much as they ever were. “The industry is still strong. That’s not a problem.

“I accomplished what I wanted to do here in Oswego with my shop,” she said. “I gave people a nice alternative store that they could go to, and I have a lot of great memories, and I’ve made a lot of great friends. I feel like I raised a generation of kids. It’s time.”

She’s grown to be a big fan of comic books over the years. “I wasn’t when I opened the store, but I am now. I was selling antiques, and I got a lot of comics from houses that way, and people were coming in just for the comics and buying them, and it was a good time to jump into the industry because (SPOILER ALERT) Superman had just died, and I decided to try that for a while. And it’s been very successful, and I’m very happy with it.”

Though most of what she sells today are modern comics, “We’ve got thousands and thousands of old comics,” she said. “We’ve got about 20 file cabinets full of them and boxes. I’ve been at this for 27 years. I’ve accumulated quite a bit. We’re a viable store. Hopefully people come in and see us before we leave.”

And then there’s the building. Built in the 1870s of that old, red brick that is iconic of that era, it was Oswego’s original Eastside Fire Station at 112 E. Bridge St. on the corner of East Sixth. Arlene and her husband have owned the building for 35 years.

“We bought it back in ‘85,” she said, “and we’ve taken very good care of it. It’s a super building. The city had put it up for bid when they (the fire department) moved to the new fire station over by what used to be Price Chopper. A lot of people still come in and tell us how they used to come here when they were kids, or their parents worked here, or whatever.”

“Whatever” might be exactly the word for it, as she tells a bit of history she’d only just heard.

“People of Oswego are very conscious of the history of the town,” she began. “In fact, I had lunch with my book club yesterday, and one of the gals said back in the Blizzard of ‘66, her grandmother died during it, and they lived up the hill, and rather than keep her body in the house, they put it on a toboggan and brought it down here to the firehouse to stay until they could get her to a funeral home.”

A time for every purpose.

Arlene’s first thoughts were to sell off her huge inventory of comics, action figures, games, role-playing games, and paperbacks over a few months’ time and then close the store. But since word of her imminent closing spread, Arlene has received a number of inquiries into selling the whole business to people who would keep it going.

“It’s got a special place in a lot of people’s hearts, I guess, which is overwhelming to me. It’s flattering,” she said.

Closing, she said, “is very bittersweet, it is. I love it. I’ve met some wonderful people, made a lot of good friends. I feel like I’ve raised a lot of kids, but it’s my time. My original customers are bringing their kids in now.

“I feel I’ve accomplished what I set out to do. I wanted to provide a haven for people that think differently and don’t follow the trends, just have a place where people can gather and chat and talk and discuss pop culture.”

Arlene Spizman is a wise woman with a ready laugh and a beautiful smile who understands the deeper meanings even of comics. She may have internalized Ecclesiastes, but she also learned some of the great lessons from the superheroes of pop culture. And she intends to pass it on.

As she said in her farewell essay sent out to many and posted on her store’s Facebook page, “Many of you who know me are aware that I have a 4-year-old granddaughter who lives on the west coast. In June I will be a grammy again. I need to be able to spend time with these little ones so I can teach them about how responsible Wonder Woman is, how cooperative Superman is, and what a good citizen Batman is.”

Oswego has been very fortunate to have known the likes of Arlene Spizman and The Comic Shop for the past 27 years, and it is perfectly fitting her grandchildren will know that good fortune too. It’s time.