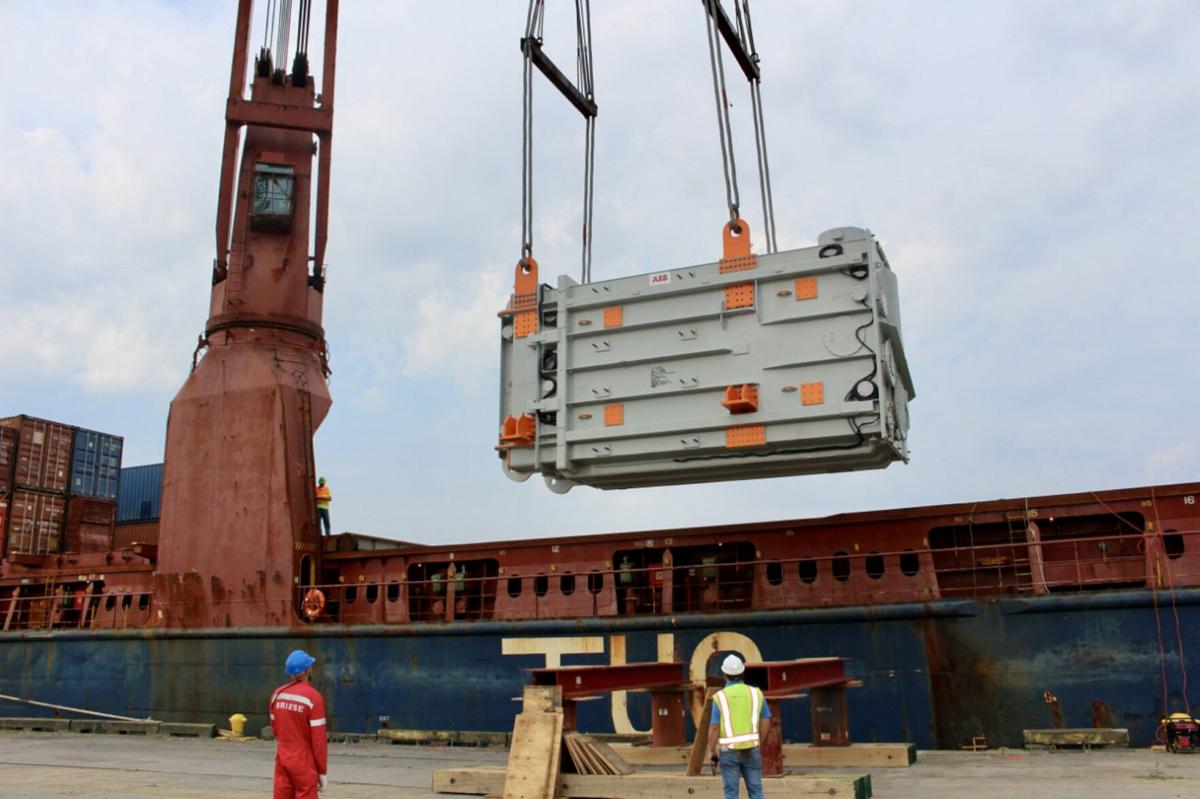 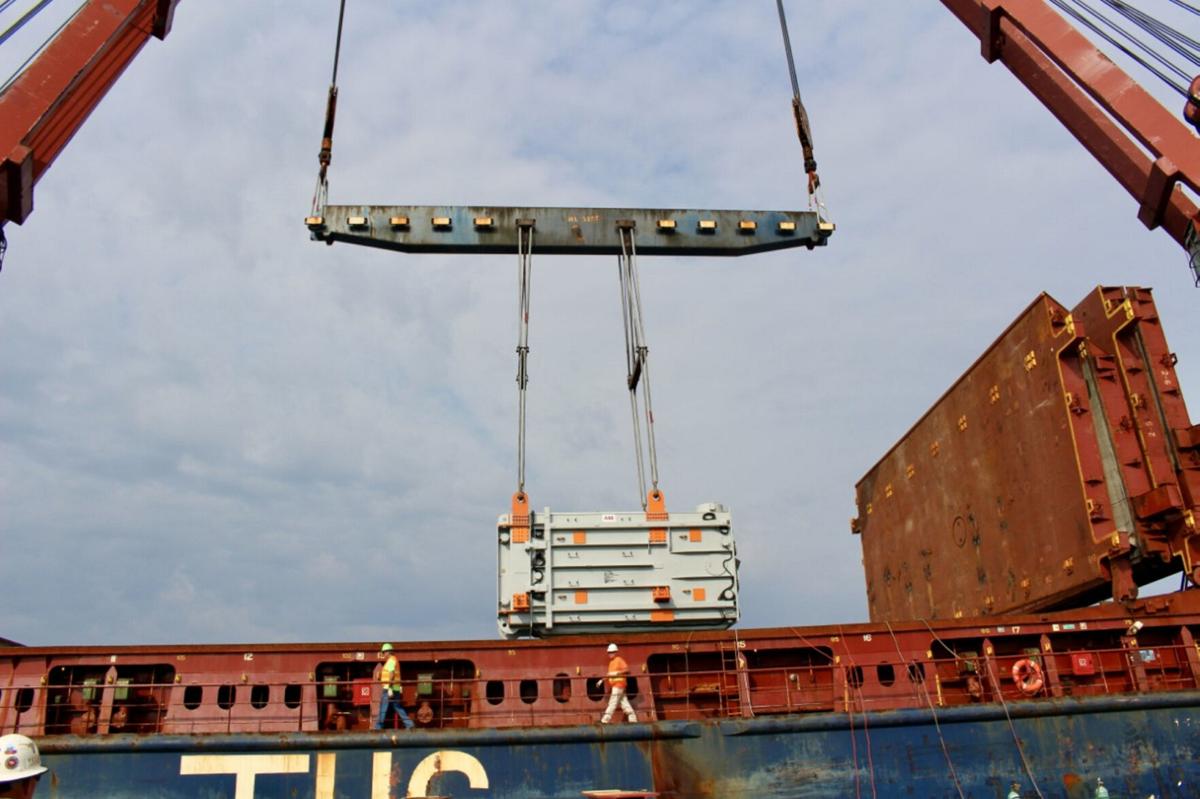 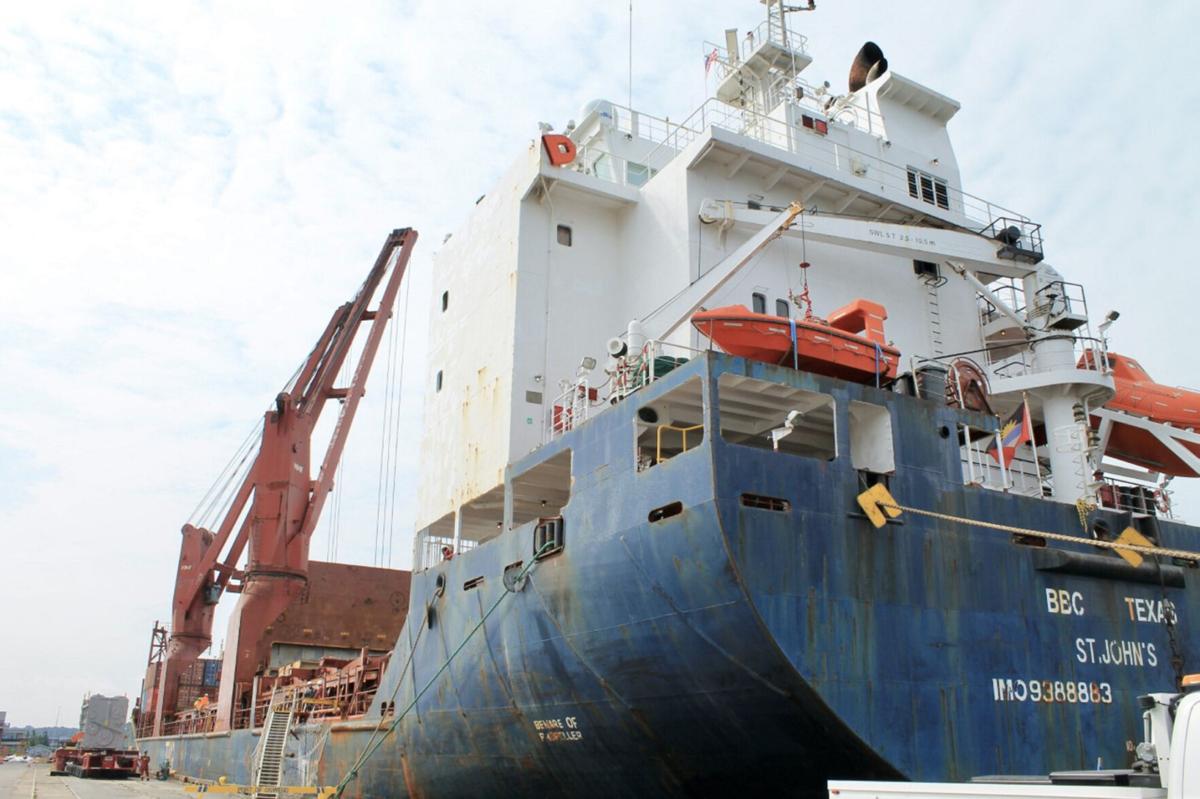 According to Exelon, these four new transformers will be swapped out with four older transformers before the next refueling outage. This equipment upgrade will also extend the operating life of the facility.

“Oswego County, with three nuclear power plants, is New York’s energy capital,“ said William Scriber, POA executive director. “This is just one example of how the port both supports local industries and also provides good paying jobs. The offload and delivery of these transformers involved at least 30 longshoremen and more than a dozen transport employees who stayed at local hotels and patronized local restaurants. Although the ship is here for two days, the total project will take more than a week to complete.

“We are the only deep-water port in NY State on Lake Ontario. This makes the Port of Oswego indispensable to our Oswego nuclear plants because this type of heavy lift cargo can only be brought in by ship. The city is blessed to have this port that supports many local industries, from nuclear facilities, to agriculture, and enables their success.”

Pat McMahon, POA Supervisor of Development and Maintenance, said: “As a local city resident, I’m proud to have this opportunity to show off the work we do with the International Longshoremen and the work the port brings here. In addition, the port also purchased grinders, generators and other equipment necessary to unload this cargo from local merchants.”

“Watching this process with this huge equipment being delivered is truly awesome,” said Connie Cosimento, vice chair, POA board. “It’s amazing and inspiring to see logistics at its best right here at our Oswego Port with many of our local residents working hard to support our local power industry.”

A 2018 economic impact study commissioned by the Great Lakes Seaway Partnership documented that the in 2017, the Port of Oswego supported 209 jobs, $26.7 million in economic activity, $13.8 million in personal income and local consumption expenditures, and $5.8 million in federal and state tax revenue.

“We are accessible from any international port in the world,” Scriber said. “That’s why we are one of the most productive ports in America, with more than one million tons of cargo—from grain to windmill generator parts— moving through the port on an annual basis. “

“The significant economic activity of the Port of Oswego is proof positive that the port remains a catalyst for the Central New York Economy,” said U.S. Senate Majority Leader Charles E. Schumer. “I will work side-by-side with the Port of Oswego officials to ensure they have the resources needed to continue to grow for years to come.”

The historical port is also home to the Oswego Marina, the H. Lee White Marine Museum, historic maritime district, and 14 companies that call it home for its domestic and international operations. The Port of Oswego’s strategic location at the crossroads of the Northeastern North American shipping market, puts them less than 350 miles from 60 million people. As one of the most productive ports in North America with nearly 120 vessels and more than one million tons of cargo moving through the port on an annual basis, the port is a leader not only in domestic shipping, but also international shipping.