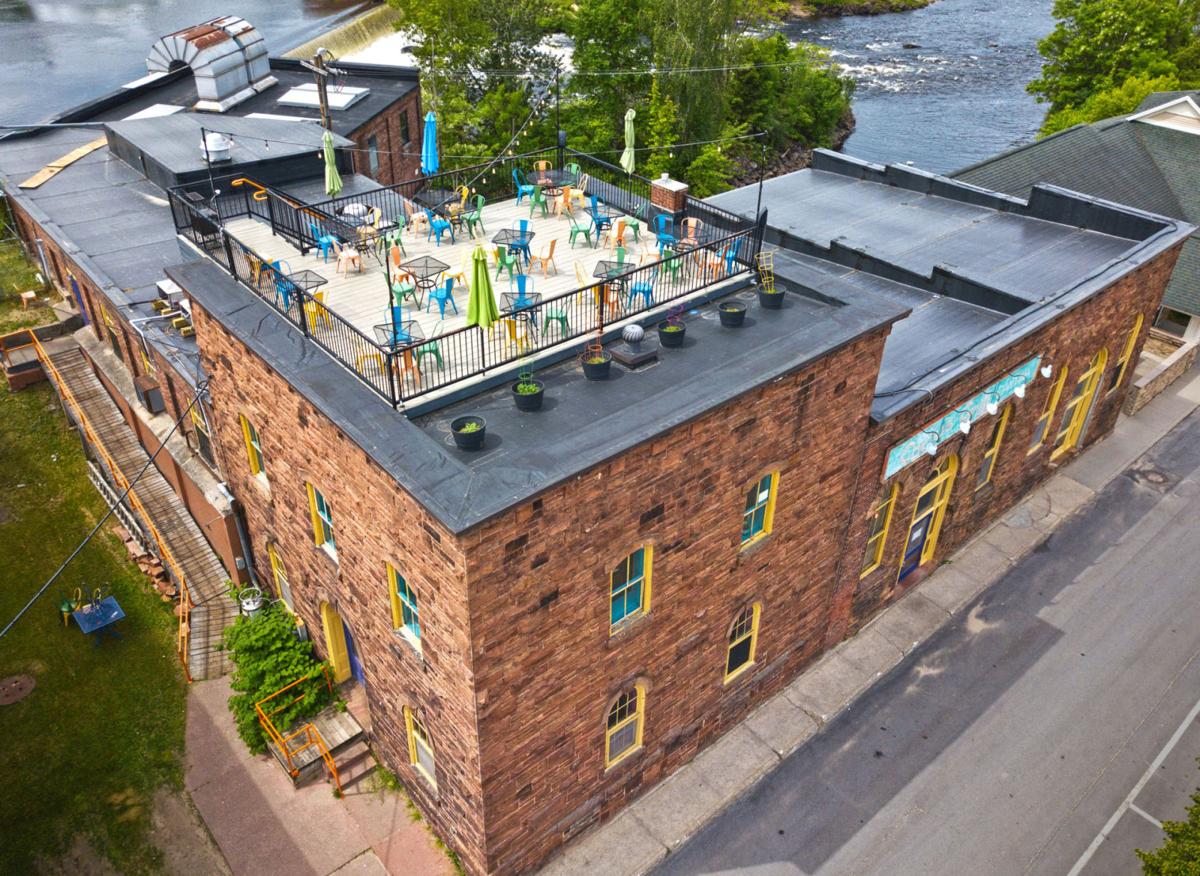 Socially distant tables are set up for outdoor dining on the rooftop terrace at Cactus Grill and Cantina in Potsdam on Tuesday. Christopher Lenney/Watertown Daily Times 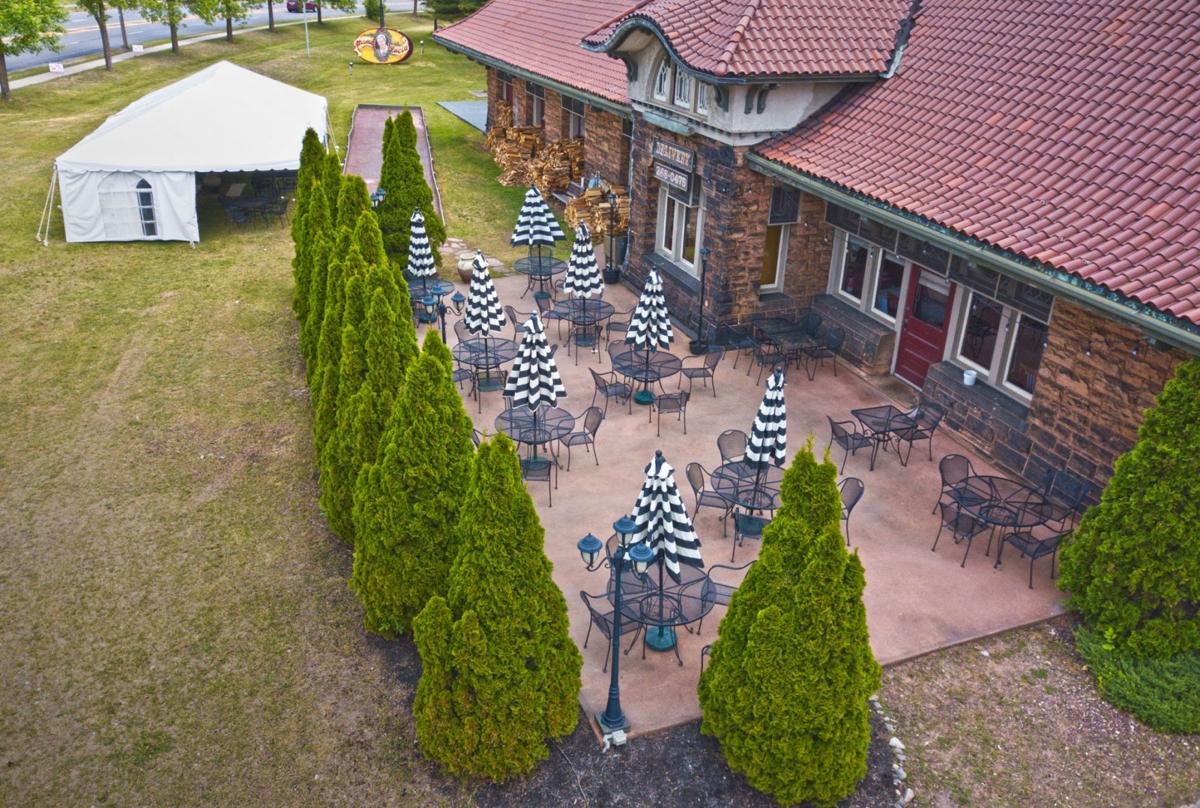 A tent is set up next to the patio at Mama Lucia’s in Potsdam to increase outdoor dining capacity on Tuesday. Christopher Lenney/Watertown Daily Times 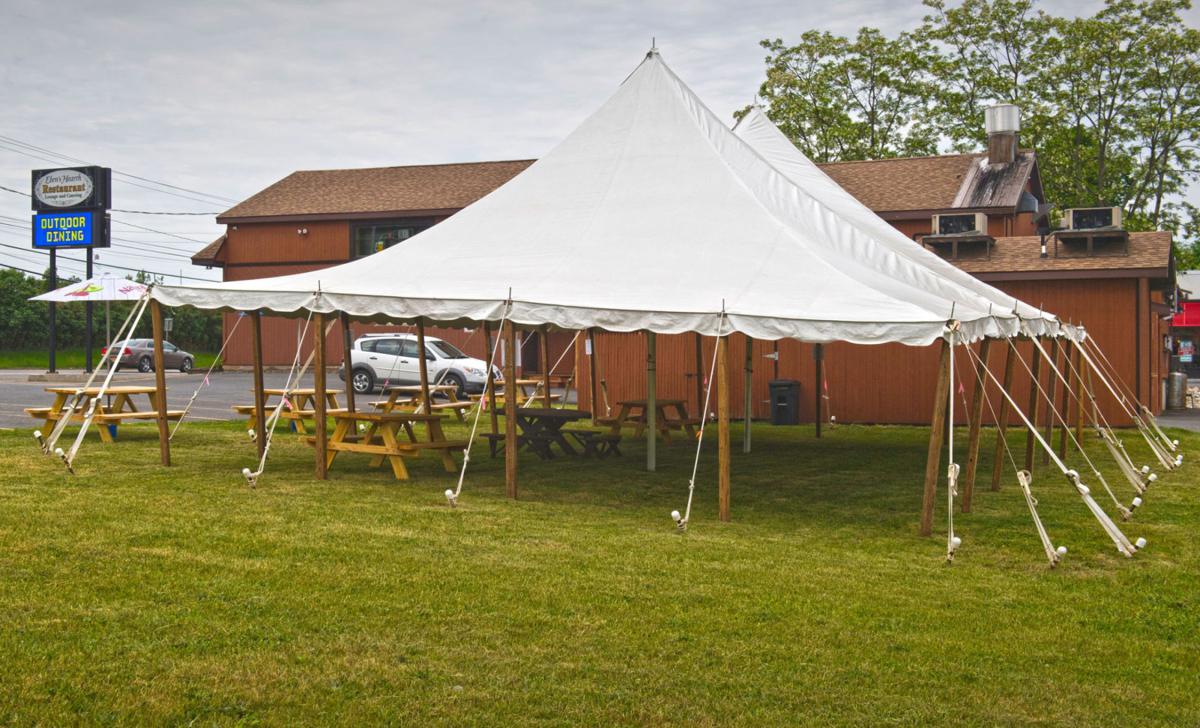 A tent is set up for outdoor dining at Eben’s Hearth in Potsdam on Tuesday. Christopher Lenney/Watertown Daily Times

Socially distant tables are set up for outdoor dining on the rooftop terrace at Cactus Grill and Cantina in Potsdam on Tuesday. Christopher Lenney/Watertown Daily Times

A tent is set up next to the patio at Mama Lucia’s in Potsdam to increase outdoor dining capacity on Tuesday. Christopher Lenney/Watertown Daily Times

A tent is set up for outdoor dining at Eben’s Hearth in Potsdam on Tuesday. Christopher Lenney/Watertown Daily Times

WATERTOWN — George Ruddy, owner of Cavillario’s Steak and Seafood in Alexandria Bay, said he is happy to have his staff back together and serv…

POTSDAM — Though the village sidewalks are no stranger to outside diners, with restaurants like Maxfields and The Bagelry having tables for their patrons, the June 3 announcement by the state that outside dining was going to be reopened came as a surprise to village officials, who sprang into action to accommodate the eateries.

“We all got kind of surprised that the governor opened up outside dining as a part of Phase II,” Potsdam’s Planning and Development Director Frederick J. Hanss said. “We all thought it was coming as a part of Phase III. So we are all out there working off this assumption and, boom, all of a sudden it is phase two and it is opening tomorrow, so now what do we do?”

According to the state’s June 3 announcement allowing the reopening of outside dining, restaurants in the seven regions that have already entered Phase II could reopen for outdoor dining beginning June 4. Outdoor tables must be spaced six feet apart, all staff must wear face coverings and customers must also wear face coverings when not seated, according to the announcement.

“We put together a very, very quick policy for downtown Potsdam, which is no big deal but, basically we wanted to make sure that, logistically, restaurants were able to set up in a way that was going to be promoting social distancing,” Mr. Hanss said. “Now, in its policy, the village didn’t weigh in on that. What we really focused on was the local logistical issues that a restaurateur might run into, but as far as the serving of food or alcoholic beverages, that is really in the state’s wheelhouse and so we left it there.”

And while outside dining is not new, Mr. Hanss said it takes a lot of time to pull together, but has been worth it to alleviate the anxieties of the restaurants. Still, working with limited space for places like sidewalk dining was very much on everyone’s mind.

“So we actually went out and measured the sidewalks and found that we can provide for some outside dining and have six feet of separation between the diners and pedestrians or people on bicycles,” he said. “The restaurateurs have to be very careful to keep their seating very close to the facade of their building. So whereas last year they might have been able to put two tables out from the facade, this year they might only be able to put out one.”

But even having one or several tables available outside, at this point, is pretty critical because they have been closed for so long, Mr. Hanss said.

Multiple calls to Maxfields and the Cactus Grill & Cantina seeking comment on the reopening of outdoor dining were not answered.

Mr. Hanss had started working on a similar policy for the Outer Market Street and Maple Street restaurants, so that they can locate dining in approved parking area. He said Ogdensburg authorized restaurateurs to open up to 50 percent of the parking areas outside their restaurants for seating.

In the village, he pointed to restaurants like Half Tons, Dunkin Donuts, Arby’s and Eben’s Hearth.

Outside of Eben’s Hearth, located at 115 Maple St., a pop-up style event tent was set up Tuesday on the lawn at the end of their parking lot with several picnic benches.

A message was left with restaurant owner Bruce Cliquennoi, who was cooking at the time of this report.

“All of those restaurants, historically, have had just inside seating, not much outside seating at all, but they do have parking,” Mr. Hanss said. “I think it is going to be a little bit of time before they are back in full swing and can seat people inside as well as outside and even seating people inside, they may be limited in the number of people they can seat, so it may be less than they were pre-COVID, so they may need that outside dining.”