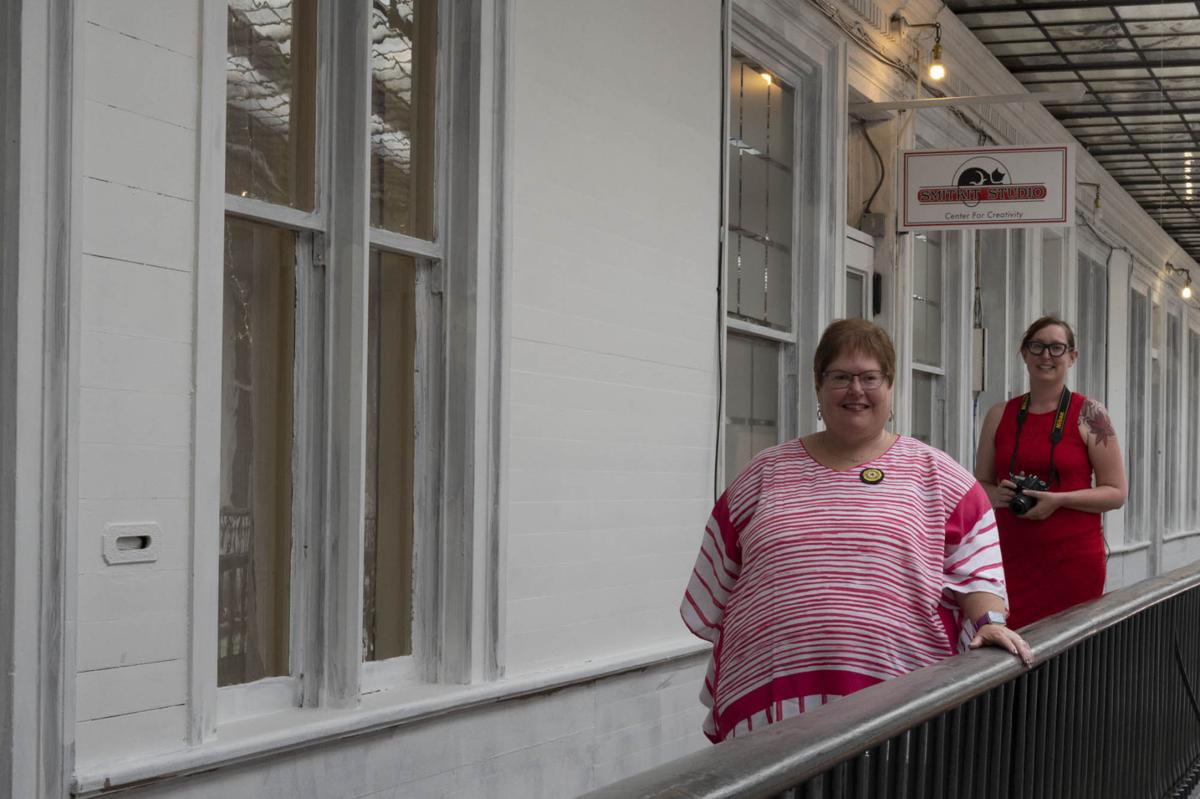 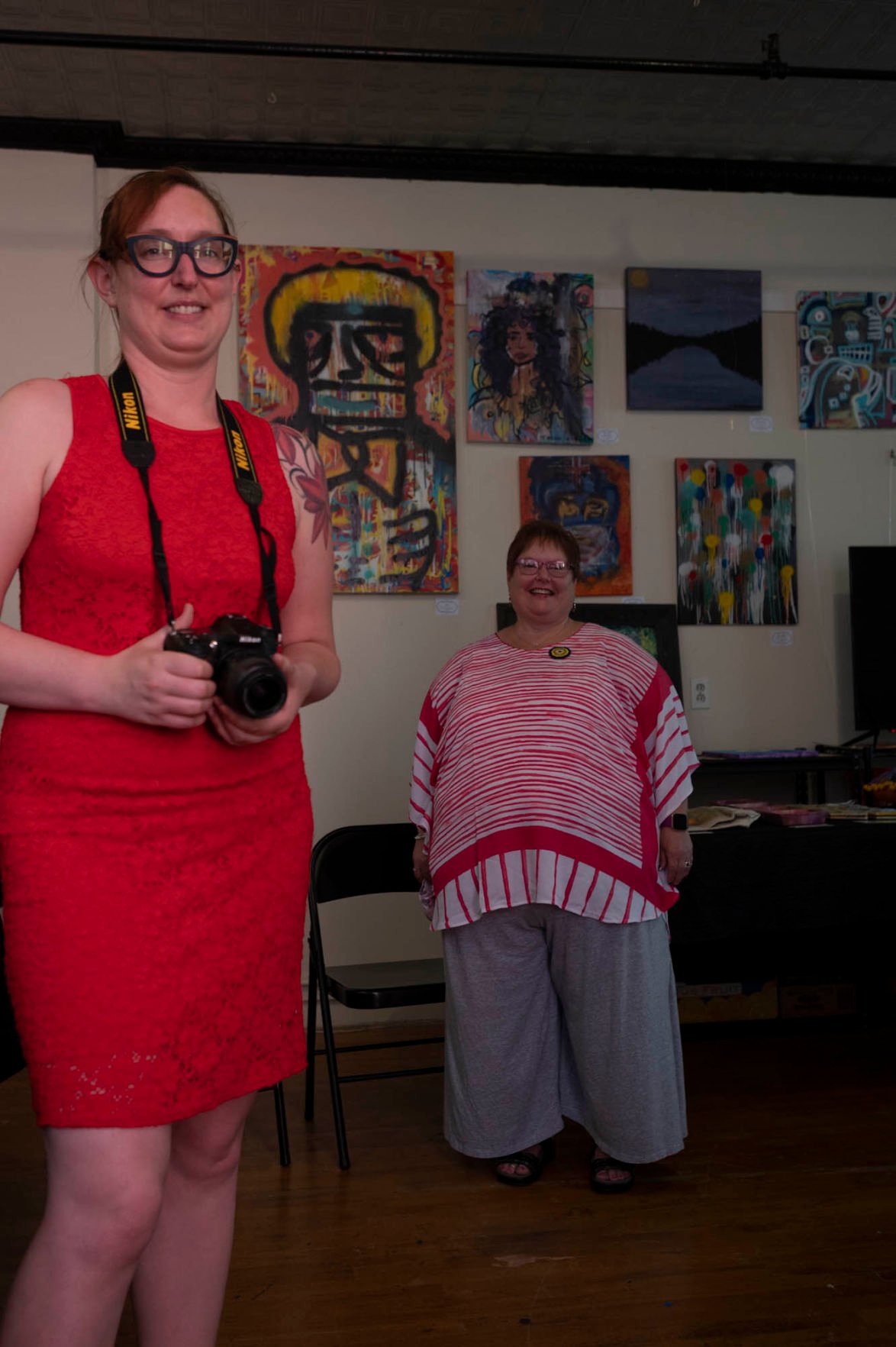 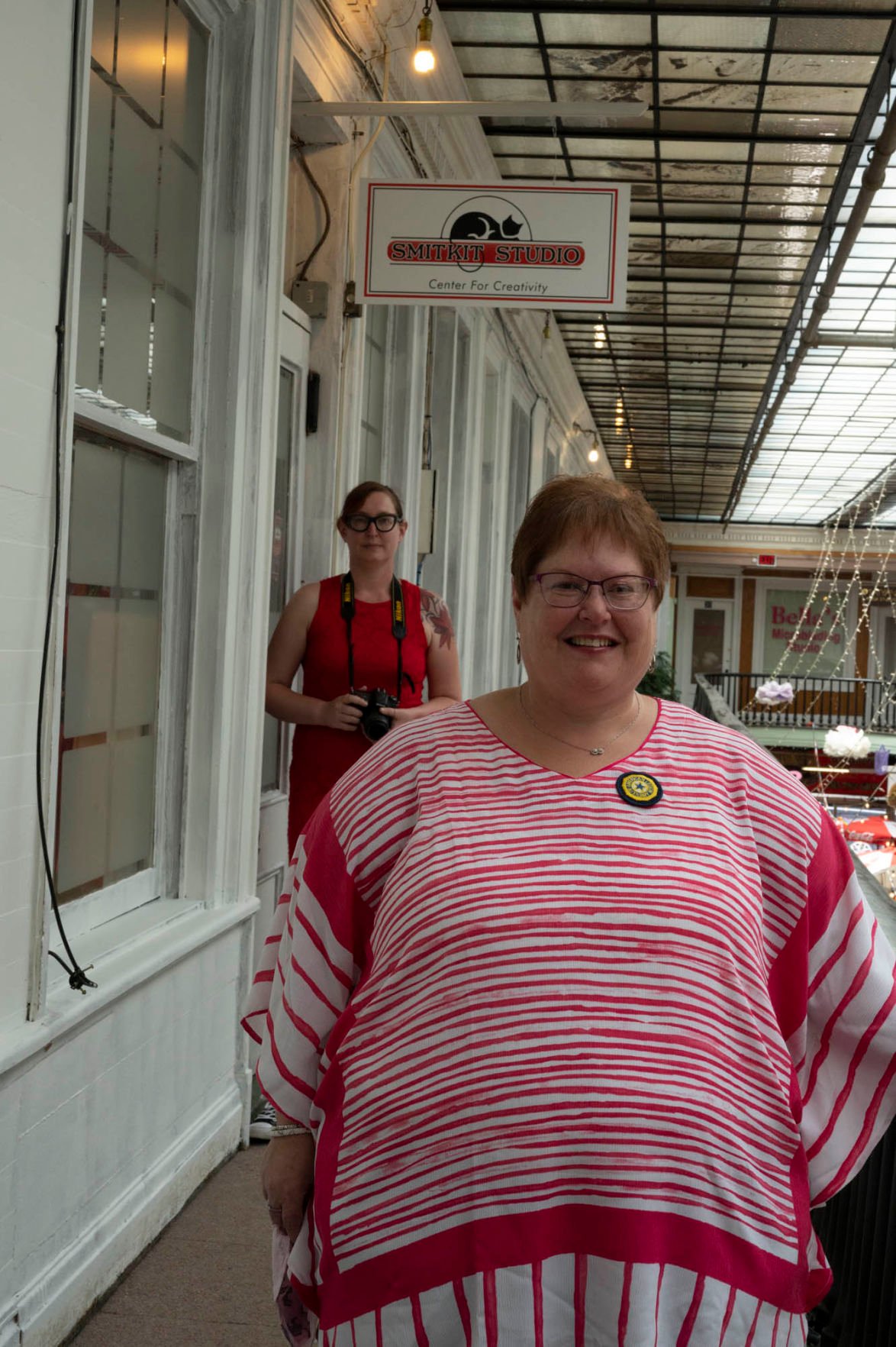 WATERTOWN — Following the death of her husband in Afghanistan in 2011, Lindsey Paranzino started getting into art and photography, using it as a coping mechanism to deal with the tragic loss and continue on with her two kids.

In 2017, when she started meeting artists in the area that didn’t have representation, she really fell in love with art. The business student side of her took over and her first thought was whether the artists wanted to sell their art.

“I really wasn’t an artist, I sort of became one because I was surrounded by art,” she said. She officially opened SmitKit Studio, 1 Public Square Suite 22 in the Paddock Arcade, that same year. Due to the ongoing COVID-19 pandemic, Mrs. Paranzino’s studio has been closed, but the bills continued to pile up to the point where she thought she wouldn’t be able to keep the studio and told her landlord she’d be out by the end of May. Describing a rush of energy that came out of nowhere, she decided she wasn’t going to lose hope.

In an effort to raise money, Mrs. Paranzino recently held a two-week fundraiser called “Save the Studio,” which raised $2,000. Able to work off the rest as an essential worker, Mrs. Paranzino said she was able to get all the money that was needed to stay open.

“That was amazing, this community is just mind blowing,” she said. “We even had an angel donor from Arizona who has never even seen my studio, but loved what it was about and loved what I was trying to do.”

On Monday evening, after Mrs. Paranzino had left for the night at 8:30, deciding to not work late, the studio was broken into and her only camera, a Nikon D-90 with an 18-55mm lens, was stolen. While she usually never leaves electronics in the studio when she isn’t around and generally takes her camera with her everywhere, she knew she would be returning to the studio in the morning, so she left it.

“It was the first real thing I bought myself after my husband passed away,” Mrs. Paranzino said. “That was my coping mechanism, my personal therapy, and it felt like a piece of me was taken away when they took that camera. I just didn’t want to believe that somebody would do that to us.”

Hurt over the loss of such a sentimental possession, she took to Facebook to share a livestream about what had happened. Viewed, commented on and shared by her friends, it eventually was seen by Jamie McGuire, who has known Mrs. Paranzino for the past eight years since she volunteered to face paint for an Adopt the Troops event Mrs. McGuire was working on. According to Mrs. McGuire, Mrs. Paranzino showed up dressed as a clown for the kids, complete with blue hair, and painted faces for hours, free of charge.

From there, a friendship bloomed, so when Mrs. McGuire saw the heartfelt post of her friend asking the thief to return the camera, or at least the SD card with images she hadn’t had the chance to back up yet, she shared it to her own Facebook page as well. That’s where Amy McEatheron came in.

Owner of IMEC in Carthage, she started the company on her own in 2006, which does independent medical evaluations for things like worker’s compensation. When she saw the livestream that Mrs. McGuire had shared, she reached out to her asking if she knew the woman in the video and saying she wanted to replace her lost camera.

“I listened to her story and my heart just went out to her,” Mrs. McEatheron said. “It’s in my nature, but more so I did it because I’m a small business and I know as a small business, without her camera, just like me without my computer, we can’t function. To have this happen during the pandemic is just horrible, small businesses should help small businesses.”

Mrs. McEatheron is a part of the American Legion Auxiliary and the Department of Leadership Chair for the entire state. At the time she offered to help Mrs. Paranzino, she had no idea she was also active with the Auxiliary or that she was a military widow, she just saw a stranger in need of assistance.

Aside from the camera, the rest of the studio remained untouched — no art was stolen and nothing was vandalized. Now, the studio has been outfitted with a security system that sends notifications to Mrs. Paranzino’s phone and would allow her to speak to an intruder if the situation ever arises.

After her father went to the hospital with a stroke earlier in the week coupled with the break-in and theft of her camera, Mrs. Paranzino said she is humbled by Mrs. McEatheron’s random act of generosity despite the fact that she often has a hard time accepting help.

“To put it simply, I am absolutely humbled, my mind is blown,” she said. “I could have moved back home to Newport, Rhode Island, but the people in this community helping each other out, it’s why I stayed here.”

Always looking to shop local, Mrs. McEatheron and Mrs. Paranzino decided to purchase the replacement camera, a Nikon D-7100, also with an 18-55 ml lens, from a local veterinary technician.

“It’s a beautiful upgrade; it’s exactly like my other one, but a bit better,” Mrs. Paranzino said of the new camera. “I’m so thankful to Amy for being my photography angel.”