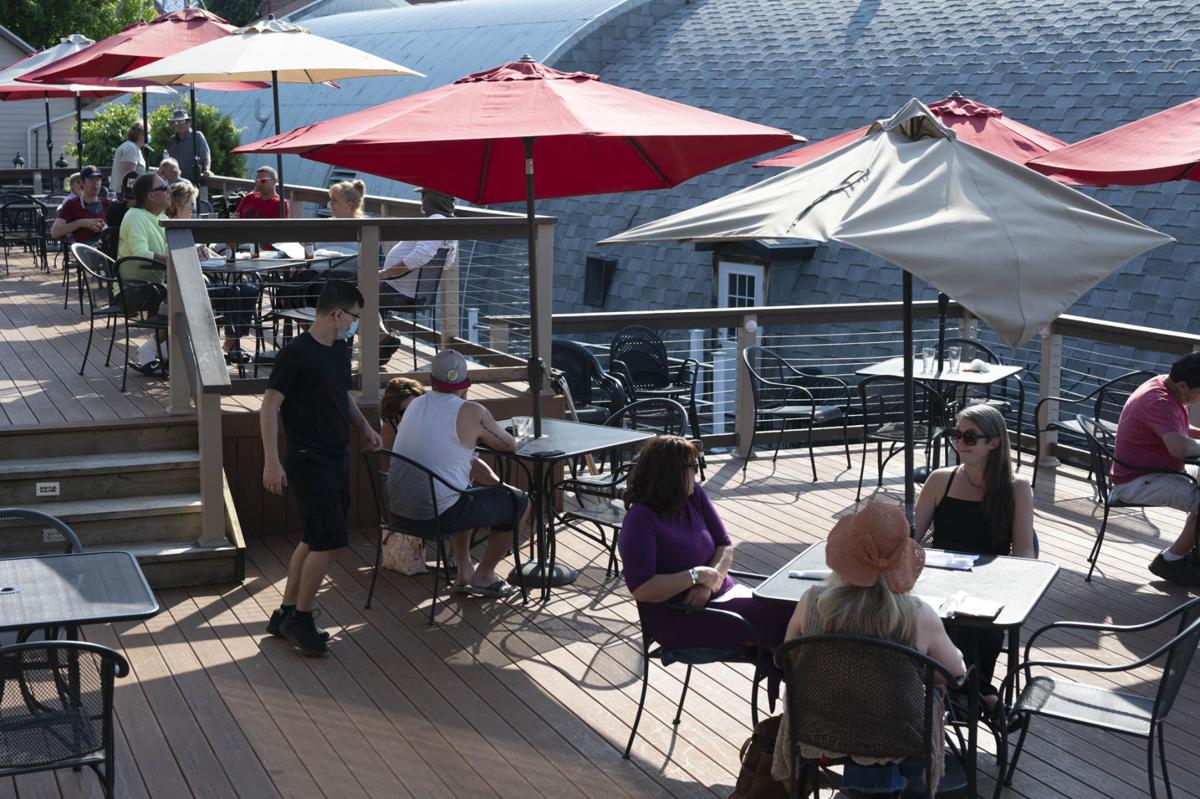 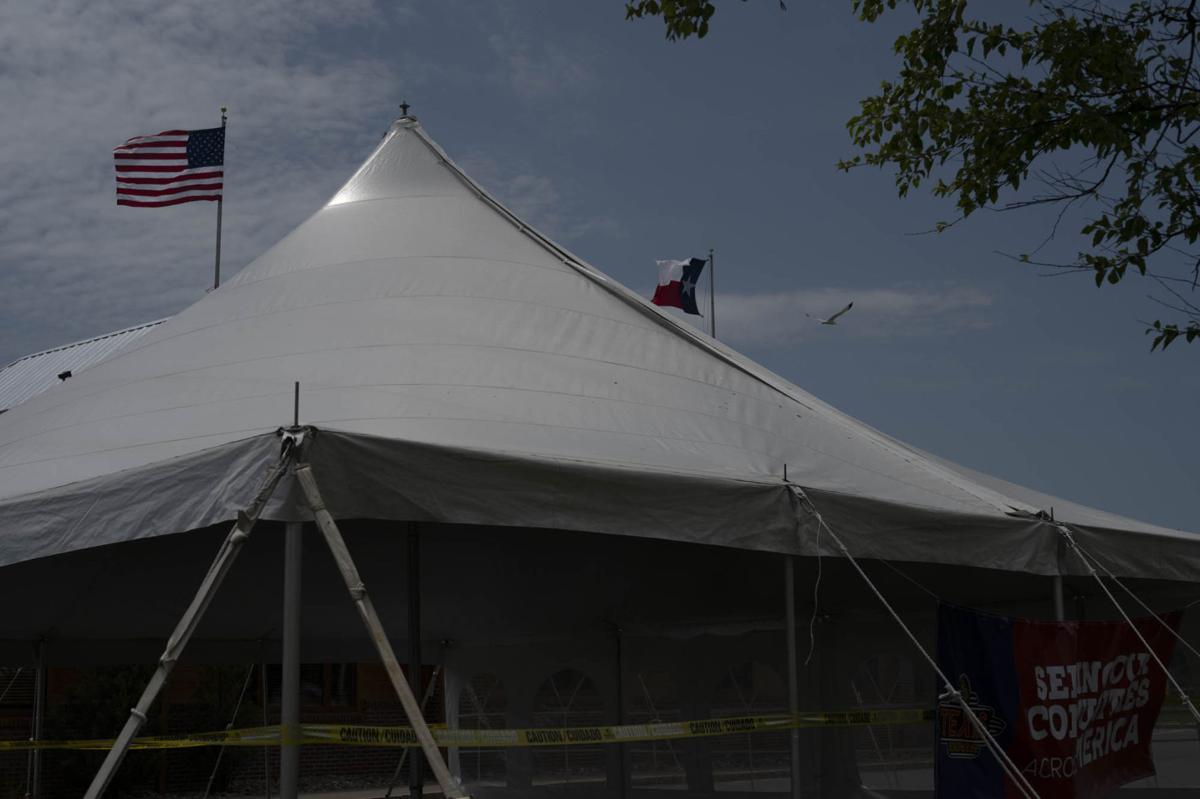 Texas Roadhouse in Watertown set up a tent out front of the resturant so guests can eat outside. Lauren Miller/Watertown Daily Times

Texas Roadhouse in Watertown set up a tent out front of the resturant so guests can eat outside. Lauren Miller/Watertown Daily Times

Potsdam adjusts to sudden state approval of outside dining

POTSDAM — Though the village sidewalks are no stranger to outside diners, with restaurants l…

WATERTOWN — George Ruddy, owner of Cavillario’s Steak and Seafood in Alexandria Bay, said he is happy to have his staff back together and serving patrons again.

Last Thursday, restaurants across the north country were allowed to start serving customers at outdoor tables, after a nearly three-month ban on sit-down service in the state.

“It was a busy weekend, it was good to see that after such a long, protracted closure,” said Thomas Scozzafava, owner of the Sackets Harbor Brewing Company. Mr. Scozzafava said that his restaurant had offered takeout and delivery service from May, and opened outdoor seating to customers the first day they were allowed to.

Some restaurants even added outdoor seating when they wouldn’t normally have it. The Watertown Texas Roadhouse added space for 12 tables under a large events tent in their parking lot.

“Everything has been going to plan,” said Heather O’Connor, manager of the Watertown Texas Roadhouse. “It’s definitely reinventing the wheel for us, we’ve always been inside.”

Many eateries are finding it difficult to fully staff their businesses as they begin to reopen.

“We’re scrambling to rehire,” said Mr. Scozzafava. “With the federal government supplementing unemployment benefits, it’s just hard to get people back to work.”

“We had some servers return to work, but with everyone collecting the extra $600 a week on unemployment, nobody really wants to come back,” he said.

For those that have returned to their restaurant jobs, the uniform now includes face masks.

On April 15, Gov. Andrew Cuomo issued an executive order requiring everyone in the state to wear a face mask that covers their nose and mouth whenever they are in a public place, or where 6 feet of social distancing cannot be respected. For restaurant workers, that means they must wear a mask the entire time they are on the clock.

“The masks are difficult,” Mr. Scozzafava said. “I’m not suggesting they change the rules on that, but when a waiter or waitress is speaking to customers it makes things a little more challenging.”

Not only do servers have to wear masks at work, but kitchen staff must as well. Mr. Ruddy said that when temperatures around the stoves can get upward of 125 degrees, a mask can make it incredibly difficult to breathe.

“We give our people a lot of breaks, a lot of water,” he said. “We try to make sure they’re well taken care of.”

The next phase of reopening, Phase III, will allow for restaurants to seat patrons inside, but only to a percentage of their whole capacity. That phase is expected to start this weekend.