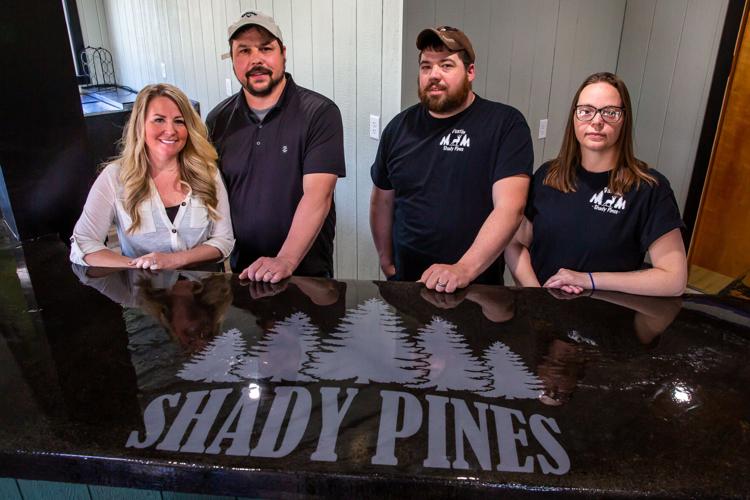 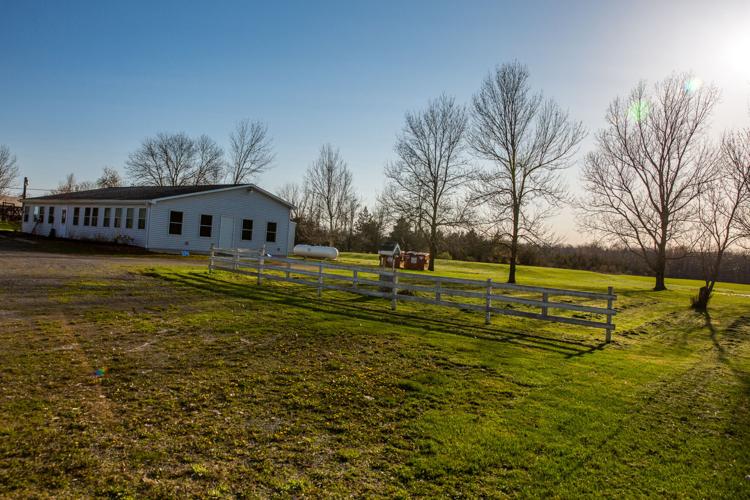 HENDERSON — A new restaurant is opening in the old Cooper’s Landing building on Route 3 in Henderson, and the restaurant will have a new name.

The new owners of the Shady Pines restaurant — Anthony W. Frederick, Jessica L. Frederick, Danielle M. Parker and Dustin A. Parker — closed on the building on Feb. 2, 2022, or 2/2/22 at 2 p.m., and they hope to have the restaurant up and running by early June.

Mr. Frederick said the location is something that really intrigued them as they decided to purchase the building and open up the restaurant.

“This is a good spot for us to look to incorporate some of the ideas that we have for future expansion, with all the real estate that comes with it,” Mr. Frederick said. “We were looking at other venues but deals kept falling through and didn’t love it.”

“We wanted to do something that we could all be a part of together,” Mrs. Frederick said.

One of the reasons they chose Henderson is for the local farmers, Mr. Parker said.

“So we can kind of service them as well,” he said.

He also went on to add that they would like to incorporate food from local farms.

“You got vegetable stands, and meat and everything … right close, and hopefully we can kind of incorporate that down the road,” he said.

Mr. Frederick and Mr. Parker said that being able to put their own touches on the buildings is something they found rewarding. Mr. Frederick said he feels a “sense of accomplishment of what was to now.”

“Putting on our own personal touches on it ... from the bar to the flooring, to everything ... we designed it all ourselves,” Mr. Parker said.

Included in the restaurant will be a kids corner, which had toys and games such as a miniature cornhole game, and they hope to add chalkboard walls and other activities for children.

Since there are four people working together on the project, Mr. Frederick said it can be difficult at times to get everyone together as they all have full-time jobs.

Mr. Parker said that people have told him that they are extremely excited to have a restaurant back at that spot.

“I’ve heard from a lot of the locals that are excited to have something back here local that they can attend and enjoy again,” he said.

The restaurant’s menu will include some southern dishes, including corn fritters, spicy catfish and others.

The restaurant includes a full bar, including mimosas for breakfast. Because Cooper’s Landing had been closed for some time, the new owners had to get approval from the town of Henderson and Jefferson County. They then had to go back to the town to get their building permit because they are on a state road.

Mrs. Parker said that they have talked to someone in Syracuse to help them get their temporary liquor license, which will allow them to sell alcohol for six months.

After the first temporary liquor license that lasts for six months, they can receive up to four more temporary ones for three months, which will in total allow for a temporary license for up to two and a half years.

However, they can’t apply to get their temporary liquor license until they get their certificate of occupancy, which they cannot get without the Department of Health.

They would like to host parties and events, which would include the spacious backyard.

Mrs. Frederick said the “side yard here is beautiful, flat, and would be perfect for weddings, birthday parties, anything over there.”

As for now they anticipate the restaurant being open year-round, and the tentative hours of operations would be 6 a.m. to 10 or 11 p.m.