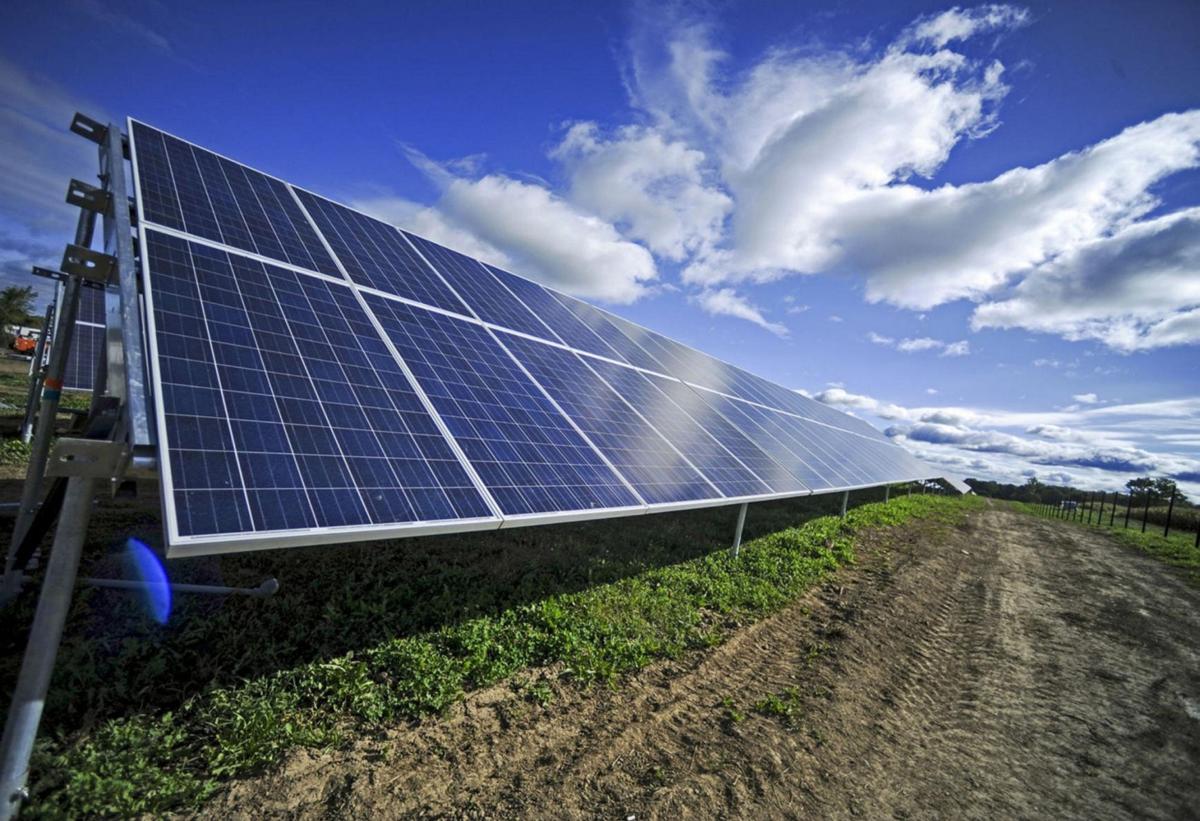 A company that plans to build a solar farm in Norfolk, Brasher and the town of Massena will be holding public meetings to discuss the project after public gatherings are allowed again. Watertown Daily Times 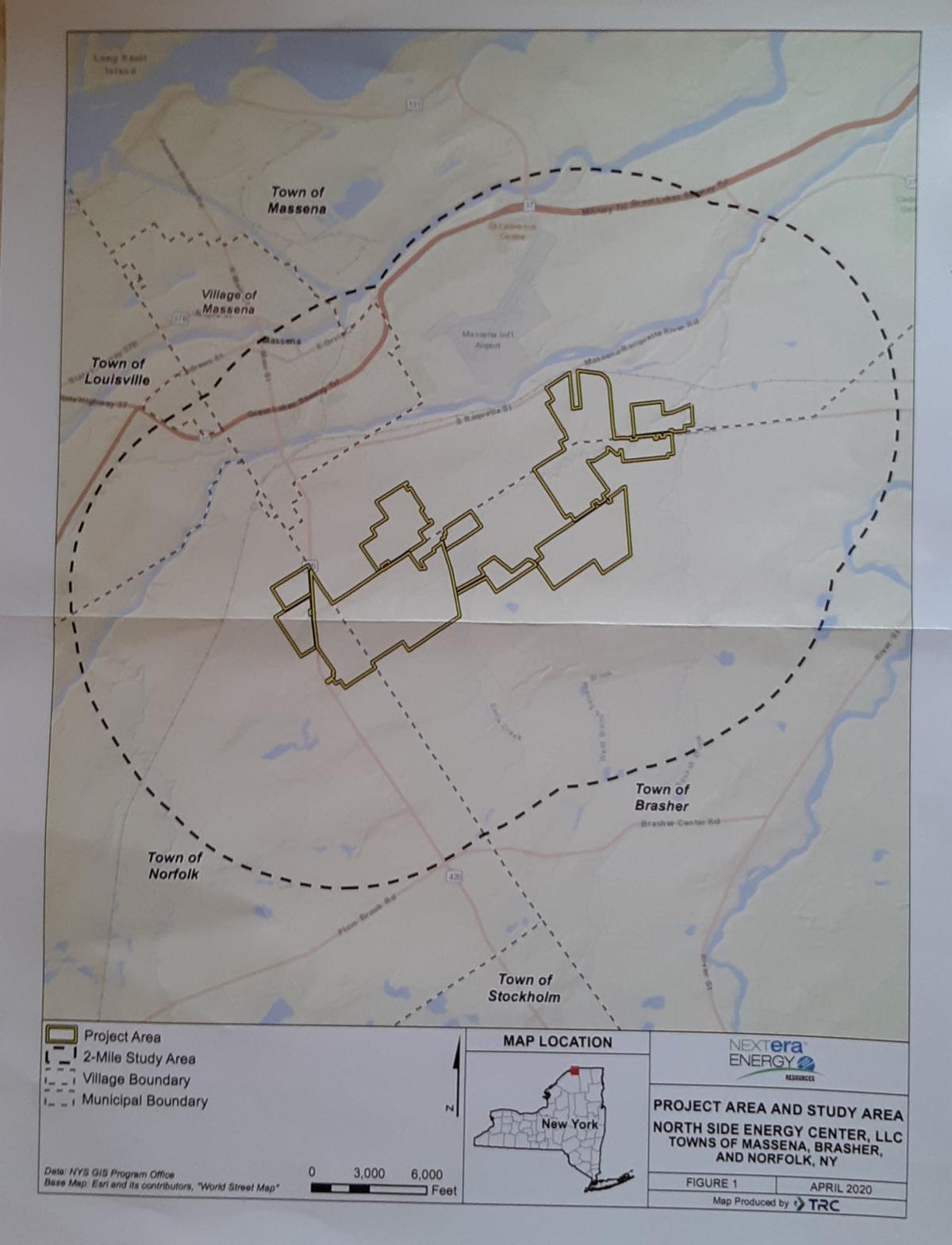 This map shows the project area in Brasher, Norfolk and the town of Massena.

A company that plans to build a solar farm in Norfolk, Brasher and the town of Massena will be holding public meetings to discuss the project after public gatherings are allowed again. Watertown Daily Times

This map shows the project area in Brasher, Norfolk and the town of Massena.

MASSENA — A company that plans to build a solar farm over in Norfolk, Brasher and the town of Massena will be holding public meetings to discuss the project after public gatherings are allowed again.

North Side Energy Center, LLC, plans to develop, construct and operate the solar energy center on private property leased from owners. The project area includes approximately 1,606 acres of land. The center will have a maximum generating capability of 180 megawatts.

“We plan to hold public meetings where you can ask questions and hear the answers directly from our subject-matter experts. However, during this time while we’re taking precautions and practicing social distancing we still wanted to share some details of this exciting project with you,” NextEra Energy Resources, LLC Project Director Michael Dowling said in letter. The letter was included as part of a package containing other information about the project.

“While we cannot meet in person at this time, we do want to share information with our neighbors and stakeholders,” he said.

North Side Energy Center has been proposed by a subsidiary of NextEra Energy Resources, LLC, which will serve as the project’s sponsor. Company officials say they are the world’s largest generator of renewable energy from the wind farm and sun, with more than 21,000 megawatts of generating capacity primarily in 37 states and Canada as of the end of 2019.

“We’ve been in the solar business since 1989. Since then we’ve significantly expanded our solar development to more than 2,600 megawatts of clean, homegrown energy across the U.S.,” Mr. Dowling said.

According to a fact sheet provided by the company, the solar project is expected to create more than 200 construction jobs, and they plan to support the local economy through the purchase of regional goods and services.

The project will interconnect with the existing electrical transmission system and is expected to begin commercial operation in late 2023.

“In support of the project’s permitting process, the North Side Energy Center will conduct numerous detailed studies to ensure the project is appropriate and thoughtfully designed in,” the fact sheet said.

The studies will be done in consultation with various agencies and stakeholders and will include wetlands and streams, threatened and endangered species, species habitat, avian use, archaeological resources, historic architecture, sound, visual, socioeconomic, site decommissioning and restoration, geotechnical and glare.

Public roads will be used to transport equipment to the construction site, and gravel roads will be constructed to access the site. The company plans to work with state, county and town officials to minimize the impact on the roads.

Gov. Andrew M. Cuomo had announced in March the details of the awards for 21 large-scale solar, wind and energy storage projects across upstate New York, and the North Side Energy Center was among them.

More information can be found at www.northsideenergycenter.com.