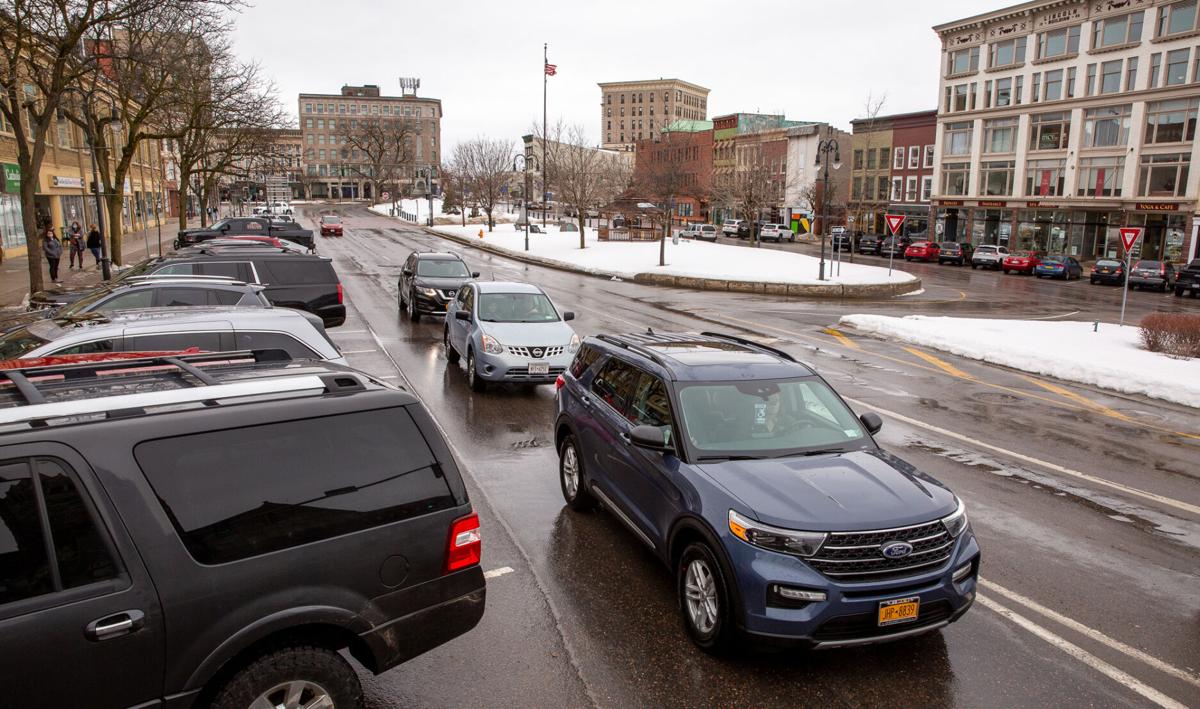 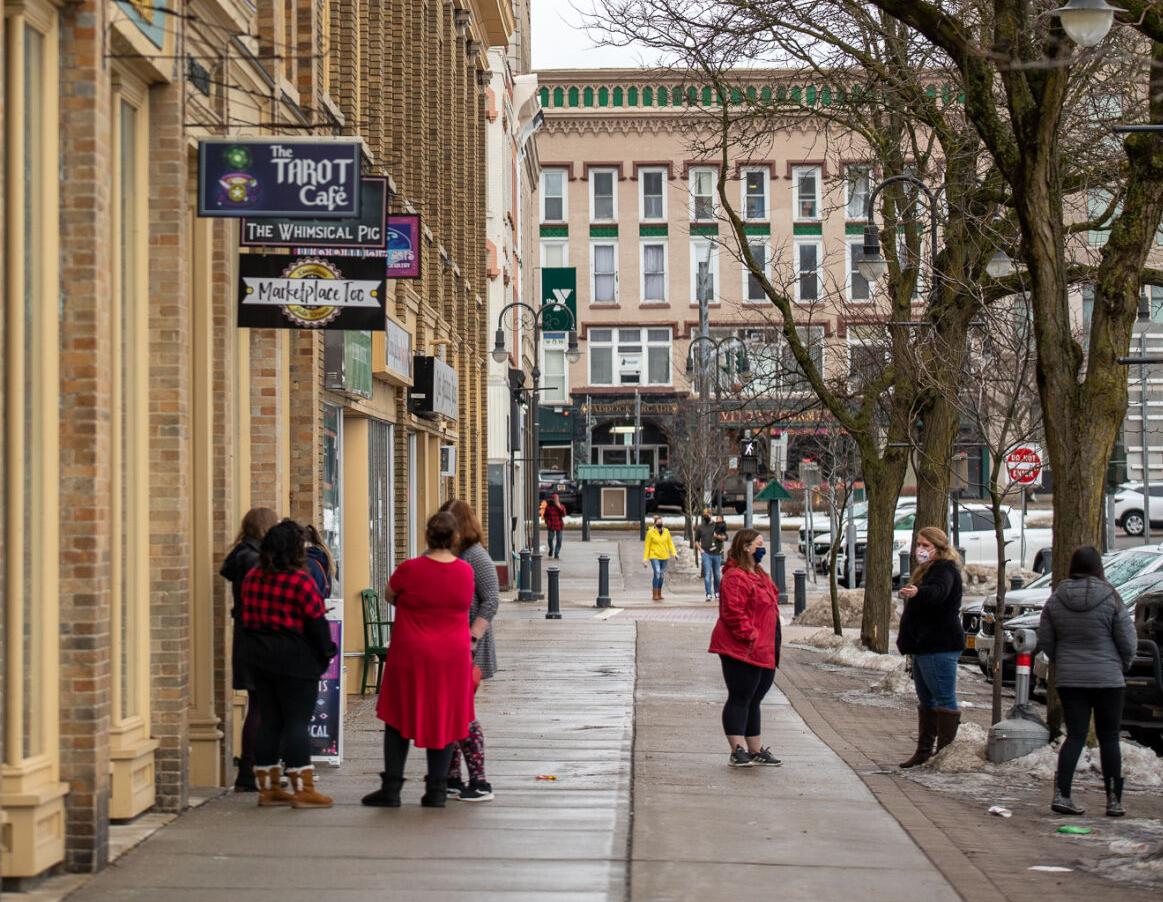 WATERTOWN — The executive director of Neighbors of Watertown thinks that the proposed downtown business district would have been approved last year without a major issue.

But then the pandemic hit, said Reginald J. Schweitzer of Neighbors of Watertown.

“It’s a more difficult time,” he said. “Money is tight for everybody.”

Joseph A. Wessner, president of the Downtown Business Association, started working on the business improvement district in 2019, well before the pandemic hit last March.

He continues to garner support for the proposal during the ongoing pandemic.

Mr. Wessner, also assistant general manager of Coughlin Printing Group, acknowledged some of downtown’s biggest property owners, including Jake Johnson and Brian H. Murray, are not supporting the proposal while he’s tried to convince the 107 property owners affected by establishing a BID that the proposal is a good idea.

Opponents expressed concerns about how much it will cost individual property owners to pay for the services that would be provided by having the district. He mentioned that local developer Michael A. Lundy, who owns the former professional medical office buildings on Clinton Street, signed the petition.

Proponents need 51 percent approval from the property owners to move forward with the plan. The BID would collaborate on marketing and beautification programs to promote the district and its businesses, be responsible for cleanup and snow removal, provide security, add more downtown events, work on economic development, coordinate and partner with other downtown groups, as well as make other improvements.

The boundaries of the district would be made up of Public Square and its surrounding area.

But Mr. Johnson, who has the most number of properties in the proposed district, said he hasn’t decided whether he’ll support it. He said it’s not so much about the financial expense on him, but who will be hired to run it, saying they’d have to find someone who is “absolutely qualified.”

Donald G.M. Coon III, managing partner in 200 Washington St. Associates, which owns two large downtown office buildings and the Paddock Arcade, expressed some of the reasons why he and other bigger property owners have not signed the petition.

The owners with the most downtown property already do some of those services on their own, such as snow removal and cleaning sidewalks in front of their buildings, so what the BID would provide would be redundant, he said.

They don’t see the benefits of the district that some smaller property owners might, he said.

The BID would have an annual budget of $194,000, funded by its members through a special assessment billed to property owners. That works out to $2.62 per $1,000 of the assessed value with a cap of $5,000 per property. Residential properties up to three units per building are exempt from the levy.

Under that formula, it would equate to a 20 to 25% property tax rate on the buildings that Mr. Coon and his partners own. It would cost about $22,000 a year, he said.

It’s a lot of money, especially for the types of businesses, such as the Barton and Loguidice engineering firm, that occupy their office buildings, so those businesses would not benefit from the BID’s marketing program and added events, he said.

But there is support for the proposal, too.

Mary Ann Wert, owner of Wing Wagon on the north side of Public Square, signed the petition after talking about the proposed BID with Mr. Wessner.

“It seems like a good idea,” she said. “It would pick up on new businesses on the square and encourage other businesses to come.”

Other longtime downtown enthusiasts also would like to see the BID established.

The Watertown Trust, the city’s economic development agency, recruits new businesses to downtown and helps them with low-interest loans and rental assistance.

He became familiar with efforts in Corning when he talked to officials there while he was looking for advice about marketing downtown and its businesses. Albany’s business improvement district is also a strong organization that helped make its downtown better, he said.

A few years ago, he was among a group of business and community leaders who visited the city of Kingston, Ontario, to see what that business district does for that downtown. That district is so popular that businesses were lobbying to expand its boundaries so they could be included and benefit from its marketing and other efforts, he recalled.

Watertown needs a downtown business district for the services it would provide, he said.

“I think it’s the right thing to do,” he said. “They do much for downtowns.”

Former City Councilman Cody J. Horbacz, executive director of Watertown First, a local group that helps boost and raise the visibility of local business in downtown Watertown, also sees all the benefits that the district would do for downtown.

But it’s up to the property owners to decide.

“I’m interested to see how it all plays out,” he said.

In the past year or so, Dr. Jason White, Advantage Watertown’s chairman, has made a point of visiting Geneva, Ithaca, Corning, Auburn and Canandaigua to see how their BIDs helped their communities.

He liked what he saw. He walked through downtowns and stopped in shops.

Just last weekend, he and his wife were in Geneva, located in the Finger Lakes region, on their way to Watkins Glen. They stopped in at the Geneva Gelato’s for an ice cream and talked to the shop owner.

A one-way downtown street full of restaurants has been blocked off and tables put outside the establishments.

Dr. White says the Geneva BID does a good job for its downtown.

A full-time executive director would be hired to run the BID. That person would become “a point person” to provide better communication for all of downtown, Dr. White said.

While some have voiced concerns about the costs to them, he also thinks that the district, would, in the end, raise property values.

He said all downtown businesses would reap the benefits from the BID. But he says he can also see the apprehension from “the big guys” who own downtown property, some of whom have wondered about the timing to establish a BID during a pandemic.

But Mr. Wessner thinks that this is the time to act on the BID. Do it now, so downtown is ready for immediate growth as soon as it ends.

Business improvement districts have been around since the 1980s. A BID was proposed for downtown in 1993, but several business owners voted against it and quashed it.

City Council will have the final say whether it gets implemented. Mr. Wessner plans to make a presentation to the council at a March 8 work session. It’s unclear when council would vote on the proposal.

So far, Mayor Jeffrey M. Smith has expressed major concerns, contending that he doesn’t like that the assessment fee would go through the city. He’d rather see businesses form it on their own.

Councilwoman Lisa A. Ruggiero said she’s open to the proposal. She and Councilwoman Sarah V. Compo want to first talk to those impacted by the proposal before committing to it.

Mr. Wessner is still working on getting property owners to sign the petition to support the business district. He hopes to finish up that process in about a week.

“Is it going to get the support out there that’s enough? I don’t know,” he said Friday.

He would like to clear up some of the concerns that opponents have about the proposal and the services it would provide. He would do a better job at marketing the idea about why all businesses would benefit from it.

If it doesn’t move forward, he plans to take up the issue again next year and hopes he could convince opponents why there should be a business improvement district in Watertown’s downtown.

Downtown needs the district, he stressed.

A tract of land within the downtown area of Watertown, being more particularly described as follows: Starting at Mill Street Bridge, it continues east down Factory Street until High Street.

From there, it goes south down Polk St, then east down State Street until it hits Winthrop Street.

It goes south down Washington Street until gets to Mullin St. It heads west down Mullin St. until it hits Sherman St.

From there it goes north up Sherman St. until Stone Street and west down Stone Street until it hits Massey Street.

It heads north up Massey Street until Court Street Bridge and extends east along the waterfront to Mill Street Bridge.

While the old guard argue and lament, the younger generations need jobs and infrastructure that focuses on jobs and A PLAN FOR THE FUTURE!!! Good lord, do it! If only someone who had some actual vision would run for Mayor.

Bring Watertown into the 21st century BUILD A TRUMP TOWER.