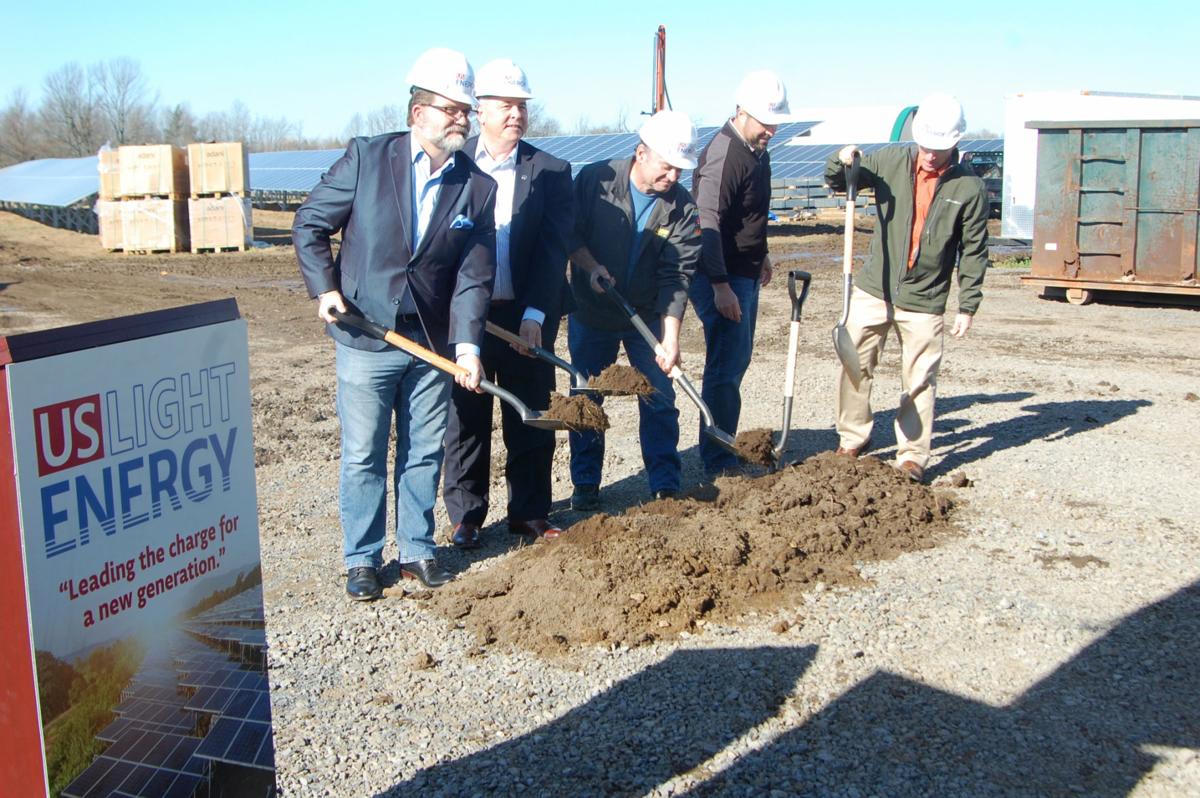 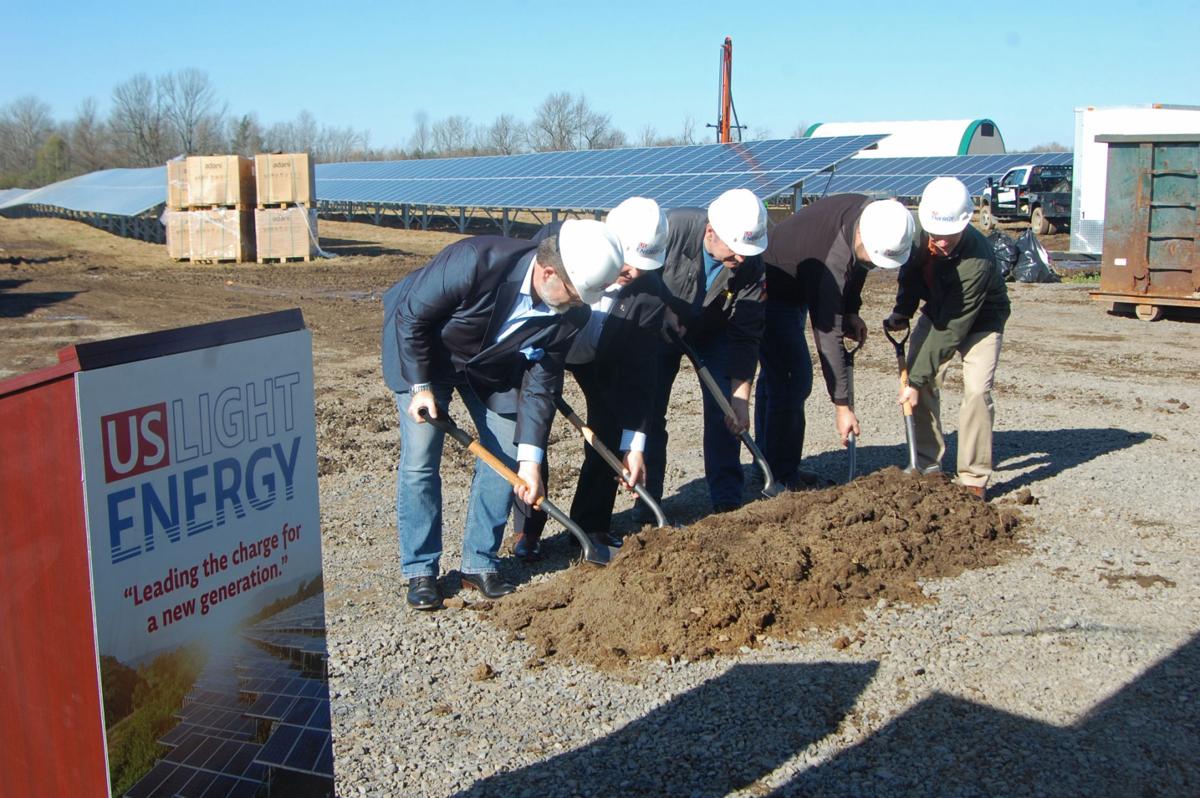 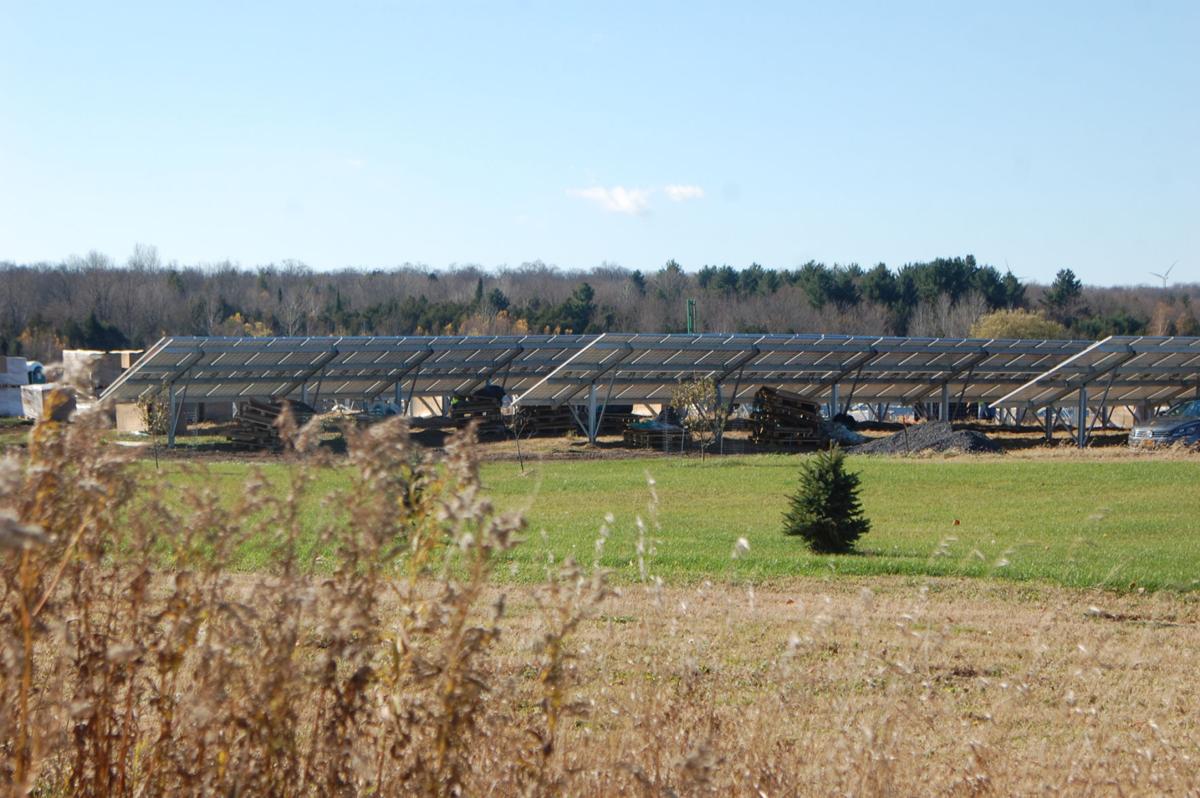 Over half completed, the Denmark Community Solar Project constructed by U.S. Light Energy just off state Route 26 and owned by Standard Solar is scheduled to launch in December with a spring ribbon-cutting ceremony. Julie Abbass/Watertown Daily Times

Over half completed, the Denmark Community Solar Project constructed by U.S. Light Energy just off state Route 26 and owned by Standard Solar is scheduled to launch in December with a spring ribbon-cutting ceremony. Julie Abbass/Watertown Daily Times

DENMARK — A bright sun and blue skies made it the perfect day for the ceremonial ground-breaking for the Denmark Community Solar Project on Tuesday morning on the edge of the 27-acre project that is “about two months” from completion.

Construction on the array began in August, according to Latham-based U.S. Light Solar Chief Operating Officer Michael Fingar, and is anticipated to be operational in December.

Although Standard Solar, Maryland, will own the project upon completion, U.S. Light will still be involved.

“We’re in the community and we’re here to stay,” Mr. Fingar said.

The 7.2 megawatt array is guaranteed to last for 25 years, although U.S. Light Energy President and Chief Executive Officer Mark Richardson said they are shooting for a 40-year lifespan. When the project is decommissioned, he said the land will be returned to its original state.

Mr. Richardson said finding the right sites for their projects is crucial and this solar farm’s location on top of a hill, discretely hidden behind the house of property owners Sue and Steve Gallagher on state Route 26, is ideal.

Mrs. Gallagher said that she and her husband have been pleased with U.S. Light Energy and, despite the array’s proximity to their home, it won’t be obtrusive because the company is going to put “a nice screen” in front of the array, behind their still-substantial back yard. She said they will still have access to their land beyond the array as well.

The company has seven other community solar projects in various stages throughout Lewis County and recently launched its first in Jefferson County, the Clifton-Fine solar farm.

“The town is very excited to host a project like this, being the first community solar project within the county,” said Town Supervisor James Der. “We’re happy to do it, happy to work with U.S. Light Energy and hopefully we can bring some low cost power to the people of our community.”

Mr. Der said there are other projects slated for Denmark as well.

Joe Lawrence, chairman of the board for the Lewis County Industrial Development Agency, said, “Renewable energy is very needed not just locally but globally so opportunities to partner with the local townships on these individual projects is pretty exciting.”

In an interview after the ceremony, Mr. Richardson emphasized the importance of renewable energy projects to provide income for farmers, often allowing them to keep their farms going during tough times while Mr. Lawrence noted the balance that can be reached between development projects like the solar farm and agricultural land.

U.S. Light Energy currently has 30 projects throughout the state, and Daryl Pilon, director of business development for Standard, said his company plans to invest between $150 million and $200 million in the state next year.

Residents and businesses living near the array, as well as those living further afield, can enroll with U.S. Light Energy to receive power at a minimum of a 10 percent discount, Mr. Fingar said.

To learn more or to subscribe for community solar energy, go to https://uslightenergy.com/