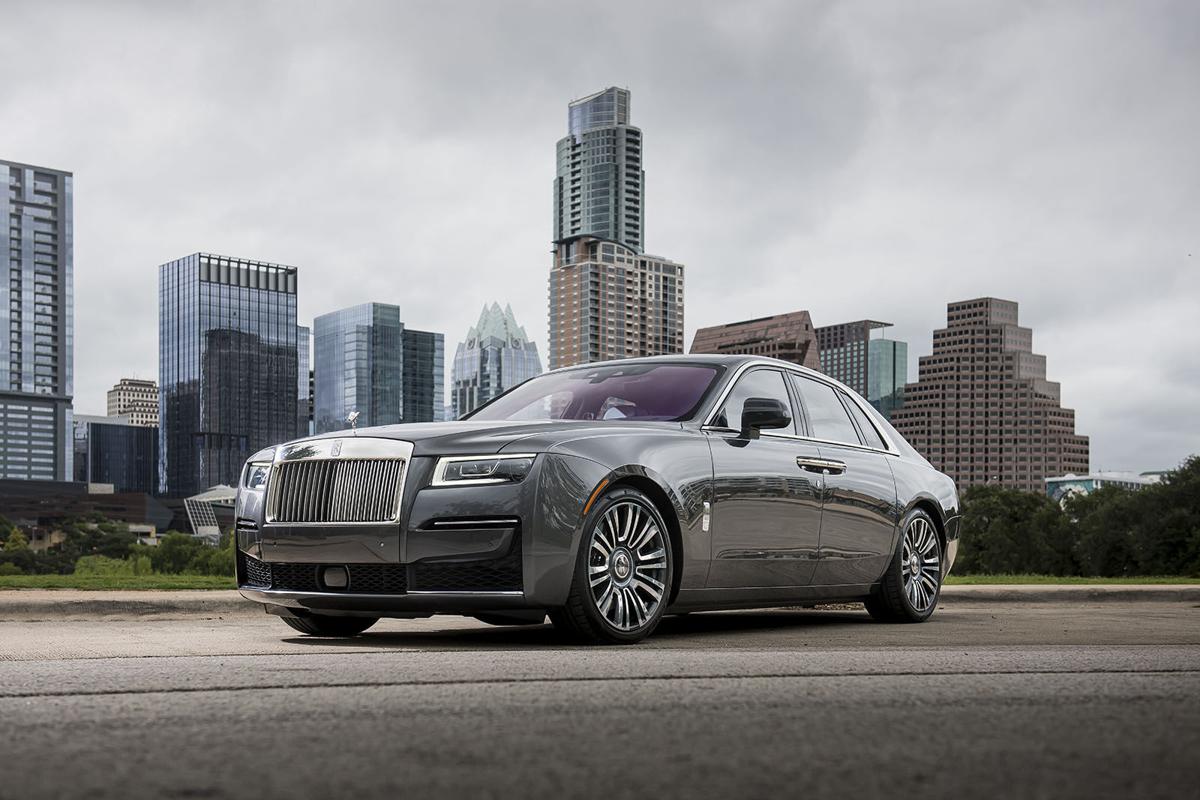 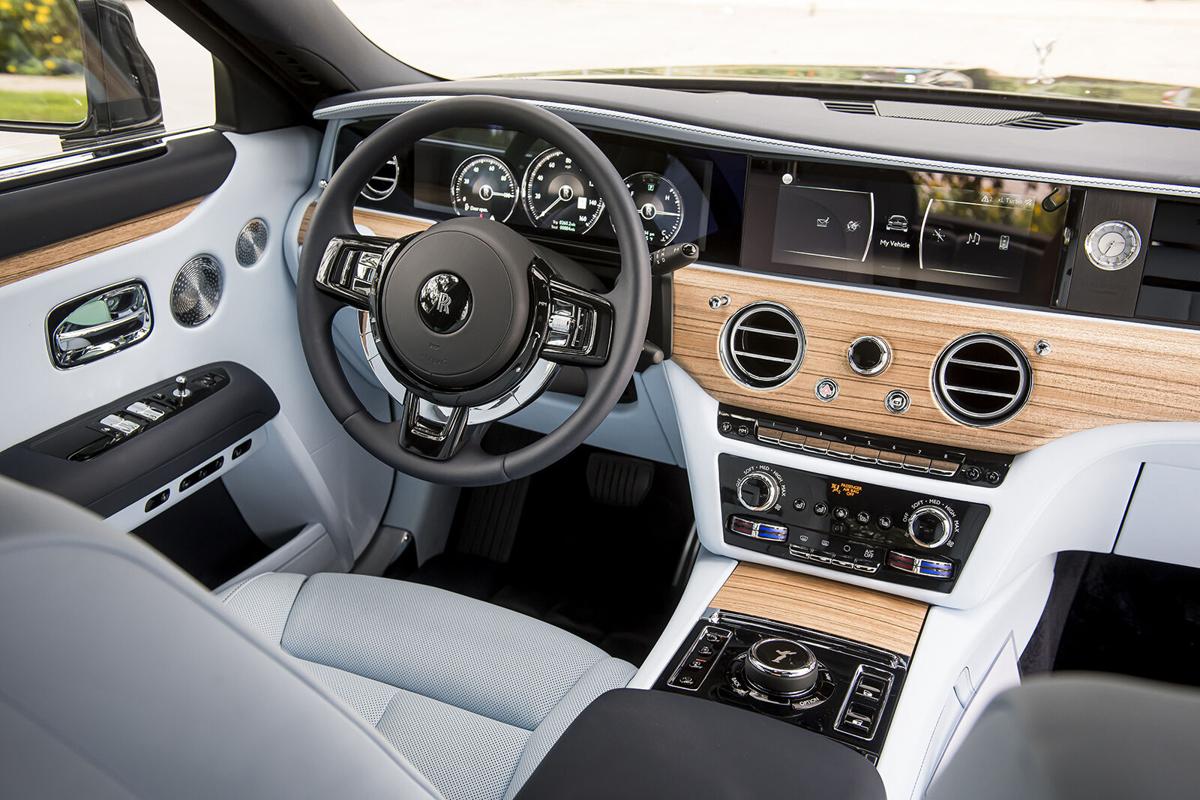 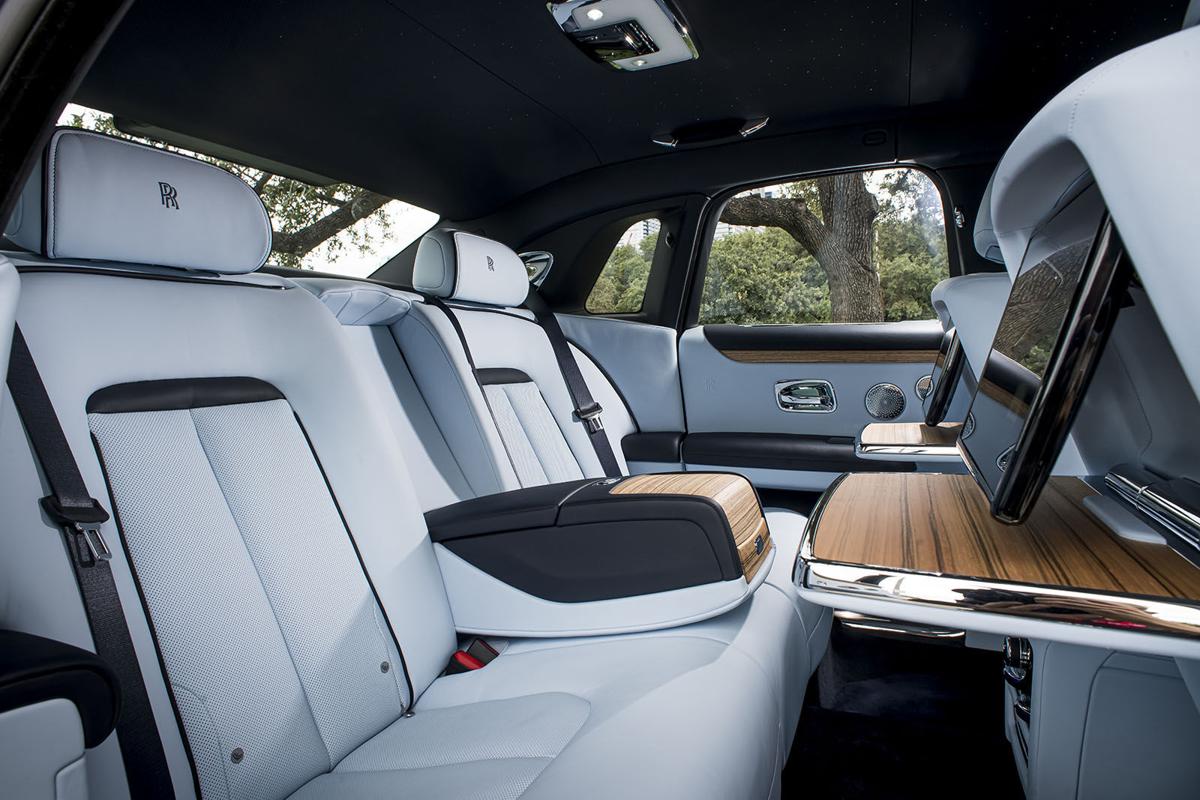 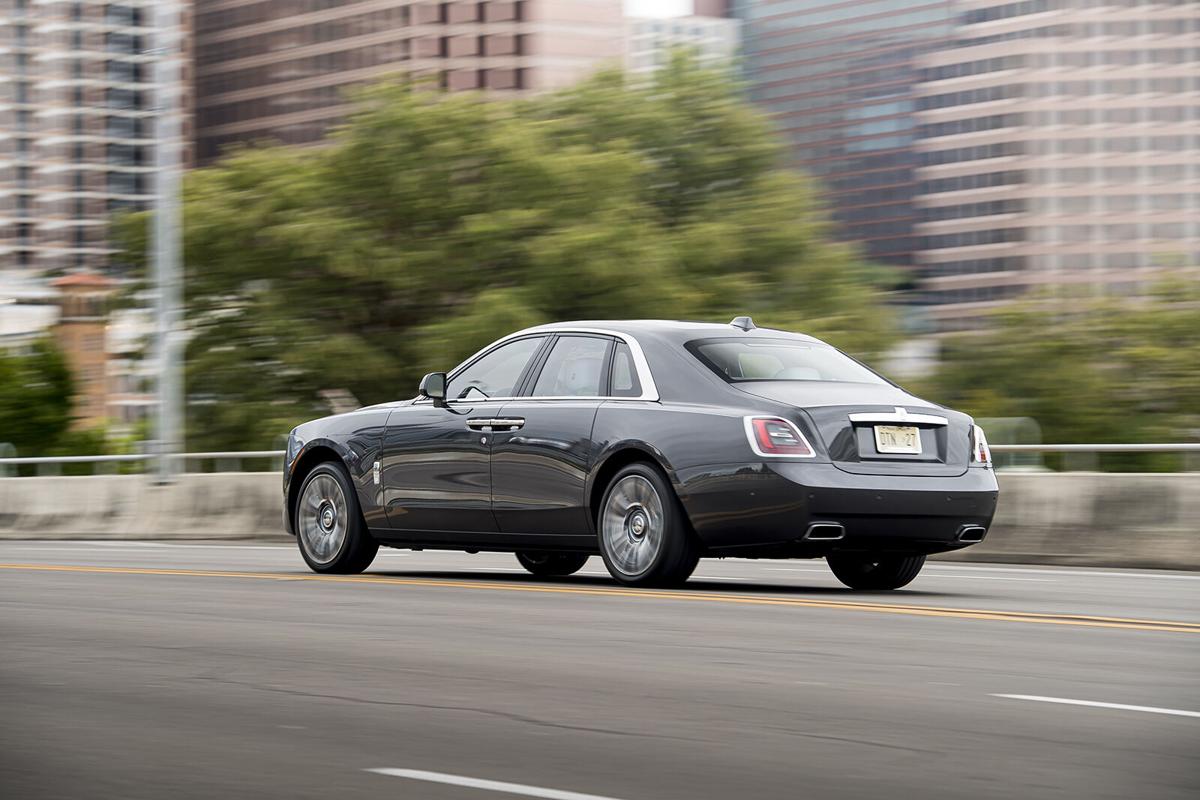 We find ourselves in a dissonant time, in which tradition is too often met with contempt and suspicion, while wealth and achievement are assailed. It’s an age in which corporate CEOs dress with the elan of a college student after a bender, and tattoos, attitude and volubility matter more than intelligence, empathy and grace.

It’s enough to worry any luxury retailer, especially one as exalted as Rolls-Royce Motor Cars.

And yet tradition endures.

Rolls-Royce (now owned by BMW Group) has exemplified unrivaled luxury for 114 years, and their cars are the direct descendants of one-off coach-built automobiles. As such, the company remains sensitive to its status as a rarified remnant of a truly gilded age. After all, you don’t order a Rolls-Royce; you commission one, customizing it to your wishes. It’s very much a part of the company’s British DNA.

The Ghost’s design remains exquisite, and it can be seen in the smallest details, such as the stitching on the edge of the instrument panel. Unlike lesser cars, each stitch on the Ghost’s is angled at 45 degrees and perfectly aligned, as you’d expect. It’s part of an interior awash in 338 individual pieces of leather and the plushest carpet you’ll ever feel.

Then there are the grander statements, such as the rear seat console with a small integrated refrigerator and custom cut crystal, or the starlight headliner, which takes two days to complete and uses more than 1,000 fiber optic cables placed and cut by hand to mimic the look of a starlit sky. Similarly, the Ghost’s dashboard nameplate is bordered by 152 LED lights that mimic the look of stars; 850 of them. As you climb into the car, you’ll find doors are power operated to open and close. The rear-hinged rear doors have integral umbrellas, allowing you to make a grand entrance once you arrive.

It’s an interior that’s at once audacious yet classically sensible, much like the exterior styling.

Unlike the first-generation 2009-2020 Ghost, which shared its platform with the BMW 7 Series, the new Ghost’s aluminum spaceframe architecture is derived from the larger Phantom sedan. The overall shape remains familiar, with the “Spirit of Ecstasy” hood ornament still crowning the traditional Rolls-Royce Pantheon grille and a trunk lid evoking the classic Hooper-bodied Rolls-Royce models of decades past. But look again, and you’ll see modern detailing. Some of it is subtle, such as the lower side-body line that visually lowers the car, or the tapered rear that reduces its visual mass as you walk around it. The scallops in the roof and hood visually reduce its bulk as well, while the near absence of panel gaps and shut lines lend it an air of refinement, as if it’s one solid hunk of aluminum, glass and steel. And there seem to be no visible rain gutters on the roof, although they’re there.

Then there’s the illuminated grille; it seems a bit gauche, yet thrilling. Oh, the kids these days.

When it comes time to motor, you’ll find Rolls-Royce’s familiar 563-horsepower 6.75-liter twin-turbocharged V-12 matched to an eight-speed automatic transmission, all-wheel drive and a unique Planar Suspension System that incorporates an upper wishbone damper above the front suspension to enhance stability and ride comfort. It works together with the Flagbearer system, which uses cameras and a satellite-aided transmission to read the road ahead and prepare the suspension for changes in the road surface, while GPS data is used to pre-select the perfect gear for upcoming corners or hills.

It all translates into the most seamless driving experience you’ll ever have, one that Rolls-Royce fans will find familiar. The Ghost glides majestically above the fray, remaining level even while cornering, where the many systems counteract any unwelcome bob and sway. The all-wheel drive delivers outstanding grip, assuring that every drive will be effortless, while all-wheel steering increases stability and nimbleness when executing mid-to-high-speed lane changes by lending the driver more control. All the while, the cabin’s ambiance is much like its name. It’s not so much silent as it is ethereal. Acoustic engineers tuned each component so that they shared a common resonant frequency. And, yes, it maintains its column mounted transmission shifter and thinner steering wheel. Some traditions never die.

Once, many cars delivered a similar experience. Now there is only Rolls-Royce, a true luxury car in an industry where too many of its competitors unjustifiably use the term. If its price seems rarified, so too is its character, which is the true definition of luxury.

Calling the lavishly indulgent 2021 Rolls-Royce Ghost “post-opulent” seems a bit like an oxymoron. Ignore it. Instead, consider the Rolls-Royce Ghost a comforting sled of updated tradition, a four-wheel dose of reassurance in an age where everything seems to have come unhinged.