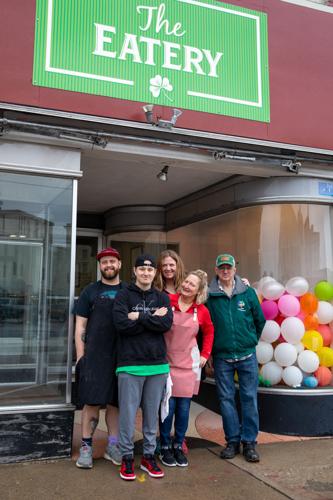 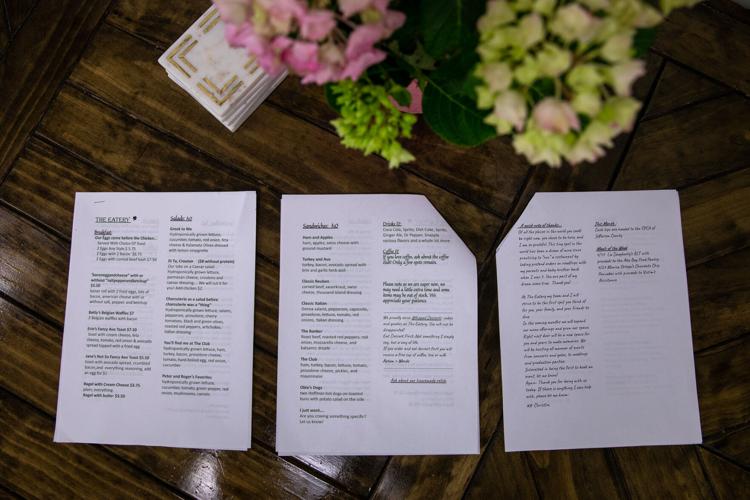 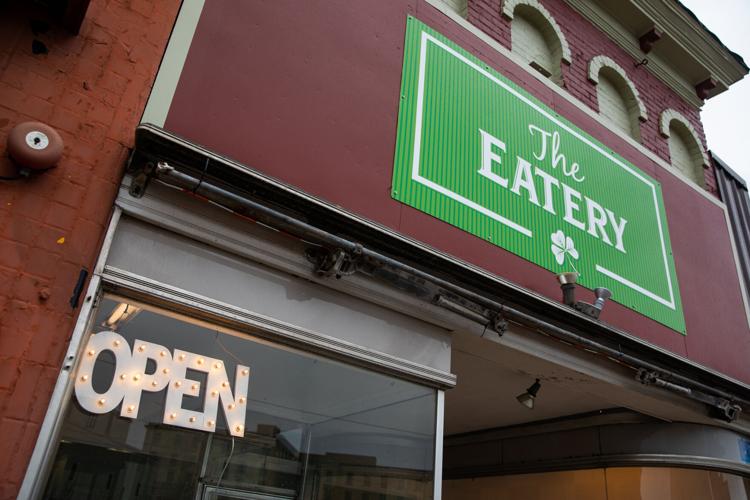 WATERTOWN — Christin D. Filippelli has some big ideas for The Eatery, the restaurant she opened almost two weeks ago on Court Street.

The Eatery is starting in a 1,200-square-foot storefront at 168 Court St. that once housed a used book store. Seating 20 people, it’s open from 7:30 a.m. to 2 p.m. with a lunch menu of sandwiches and salads and some breakfast items. She employs three full-time workers and six part-timers.

But by late summer, The Eatery will triple its size in an adjacent storefront and employ 15 full-time workers.

“That side is huge,” she said.

For now, however, The Eatery offers menu items named after staff members and friends. The handmade wooden tables were built by a friend’s father.

She says it’s that family atmosphere that will bring her customers back to The Eatery.

They can join a coffee club for $125 a year and get as many cups of Joe they’d like. The Eatery serves “Whipped Desserts” by Mary Campbell and Stew Baytos.

Nonprofit organizations and local small businesses can use the storefront window to advertise.

A group of her teenage son’s friends work part time at the restaurant, which features some of her favorite quotes on the wall.

Soon, Ms. Filippelli will expand her hours to 7:30 p.m. and add a few comfort foods to a dinner menu before she opens the other side.

Opening a restaurant has been a longtime goal.

“This is something I’ve always wanted to do,” she said.

With the hope of opening the other side in mid-August, The Eatery will accommodate about 275 people and offer live music, comics, karaoke, poetry readings, one-man shows and other performances.

Tables will be set up to play cards and put together jigsaw puzzles.

“Bad music is better than no music,” she said.

Originally, The Eatery was going to be located in the former Strand Theatre building on Franklin Street. When that didn’t work out, she approached local businessman Stephen J. Bradley about doing it in the three-story brick building at 168-170 Court St.

She received a $40,000 loan from the Watertown Local Development Corp., also known as the Watertown Trust. She thanked the Trust for its help getting the restaurant off the ground.

Ms. Filippelli grew up in Watertown and went to Immaculate Heart Central before heading off to SUNY Oswego for a degree in teaching.

She decided to move to New York City after spending a spring break there and spent several years there.

A mother of three, she moved back to the north country to be close to family and help her brother, Daniel Daugherty, open the Boots Brewing Co. in the nearby Lincoln Building.

I was hoping it would be the Red Moon on Court St. opening up.