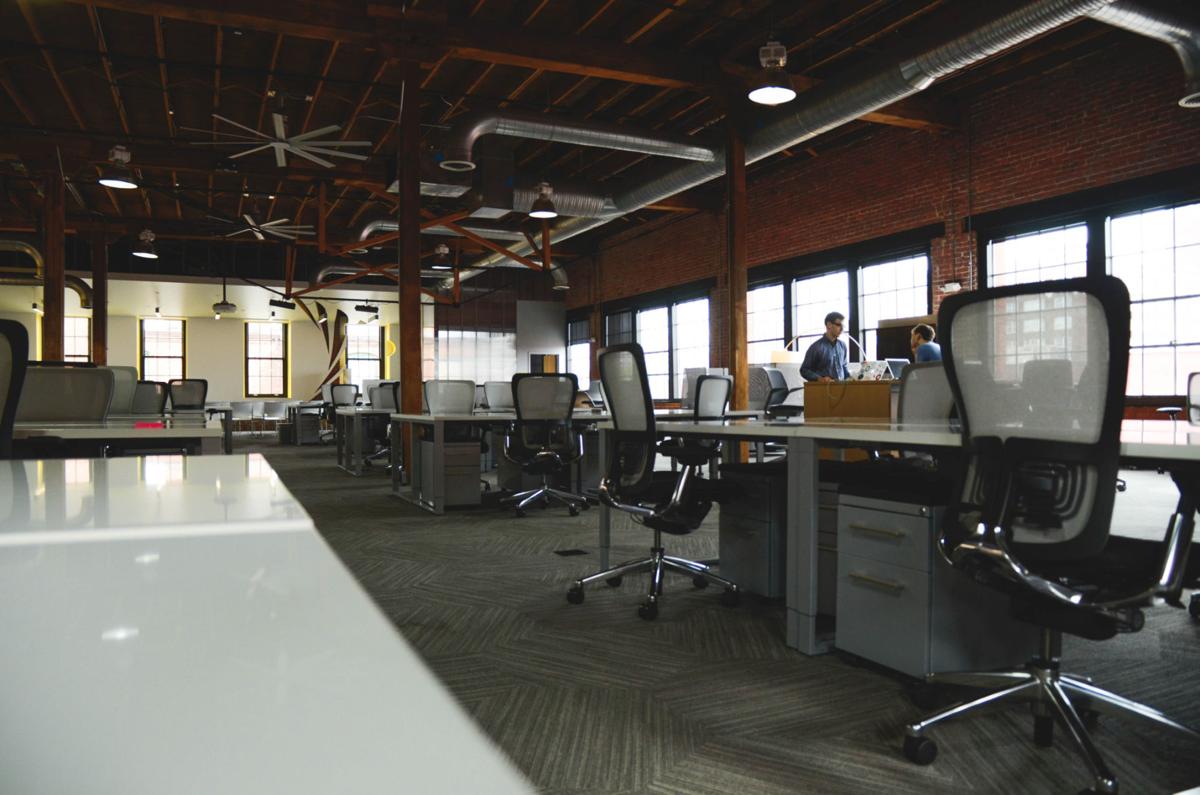 Offices may continue to be empty after COVID-19 as companies have started to hire out-of-state employees during the pandemic and telling them they can stay put, even after everyone else returns to the office. Pexels 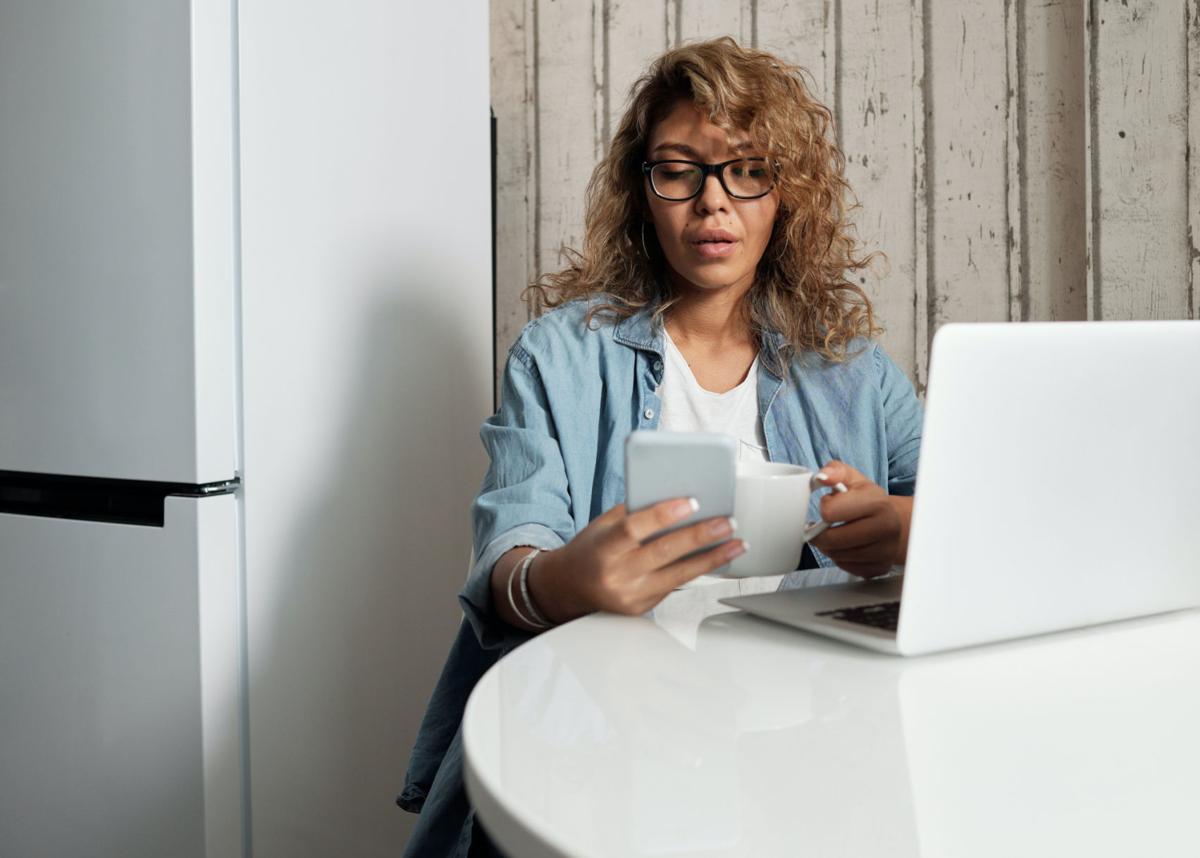 Some companies plan to fully return to their offices after the pandemic, but many find remote work suits them, and finding jobs from out of state broadens the search pool for employees and employers. Pexels

Offices may continue to be empty after COVID-19 as companies have started to hire out-of-state employees during the pandemic and telling them they can stay put, even after everyone else returns to the office. Pexels

Some companies plan to fully return to their offices after the pandemic, but many find remote work suits them, and finding jobs from out of state broadens the search pool for employees and employers. Pexels

With three young children, Eric Sauerhoff was not looking to move across the Midwest during the pandemic.

The Bexley, Ohio, resident was job hunting and knew a move might be necessary. But when offices shut down due to COVID-19, he began to wonder if he could avoid the move altogether and work remotely from Ohio.

“If a company had said, ‘We need you to move to Chicago or Seattle or anywhere just to work from home here,’ that would have been a tough sale,” said Sauerhoff, 33, who earlier this month joined Chicago car insurance startup Clearcover as a vice president and works from his Ohio home.

The pandemic has altered how companies and their employees work, most notably by solidifying work-from-home arrangements, and those shifts are expected to endure long past the development of a vaccine. It also has changed recruiting in a way that will mean more opportunities for job hunters but also more competition.

Chicago companies, particularly in the tech industry, have started to hire out-of-state employees during the pandemic and telling them they can stay put, even after everyone else returns to the office. Recruiters say companies are moving away from naming specific locations on job postings, and more employees, who have gotten used to working from home, expect the arrangement to continue.

To be sure, some companies plan to fully return to their offices after the pandemic because they worry about the toll working virtually takes on workplace culture. But many employers have found that having a remote workforce suits them, and hiring from out-of-state immediately broadens the talent pool.

“It’s been nice because we’ve been able to think differently than we have in the past,” said Vikki Caruso, senior vice president of people at Clearcover. “You’re so used to (thinking), ‘Well, we need to be together.’

Nine of the 34 people Clearcover hired during the pandemic are out of state and will stay remote, Caruso said. The arrangement has helped the company, which has about 160 employees, find candidates with experience at consumer-facing tech companies, which are few and far between in Chicago.

“If we decide we need people to come in, we can fly them in and we’ll budget for that accordingly,” Caruso said. “We’ve proven, hey, we can do this remote work and we can hire where the cost of living isn’t as high.”

Even before the pandemic, some businesses had started to let employees work from home to cut costs by downsizing expensive office space. But few wanted to make the expensive mistake of finding out that the downsides — like technical challenges or workers slacking off — outweighed the gains, said Ravi Gajendran, associate professor at Florida International University, who has studied telecommuting.

Now, virtually every business has been forced to give it a try, which could lead to more acceptance.

Other Chicago-based companies that have upped their out-of-state hiring since the pandemic started include Asian food marketplace Chowbus and IT infrastructure provider ServerCentral Turing Group.

“This might be the trend for quite a few companies, especially as the pandemic sort of drags on without any end in site,” said Bethany Saxton, vice president of people operations at ServerCentral. “People are really starting to not wait to go back to normal, but start looking at what is the new normal.”

Job postings that used to say the position was based at ServerCentral’s Chicago headquarters now note that the position can be remote. But there are new costs involved in hiring employees from outside of Illinois, and letting them stay put.

In all 14 states where ServerCentral employs someone outside of Illinois, it must pay taxes, contribute to the unemployment fund and make sure it is up-to-date on local employment laws.

The additional cost to ServerCentral can be as little as $7,000 per year in some states, but in other states it “can be much, much more,” she said. But Saxton said it’s worth it.

“It’s something we were willing to embrace in order to kind of keep building our talent pool,” she said.

Katherine Graff has worked as a service desk technician at ServerCentral for about a month. Graff, who lives just north of Salt Lake City, Utah, said she would never have thought to apply for a job at a Chicago company if not for the pandemic.

Graff started working remotely about four years ago, after sustaining a knee injury that caused a disability. But she previously worked for companies with a presence in Utah or nearby California. Most jobs want you to be able to come into the office, she said.

“I haven’t had the ability to just get up and move wherever I want to,” she said. “(Now) I can go wherever there’s high-speed internet and I don’t have to be close to an office.”

Graff found a fit, but for many job seekers, it is a strange and challenging time to be looking for work. The U.S. economy entered a recession in February as the pandemic took hold, and by April the Illinois unemployment rate had hit a 44-year high of 17.2 percent.

The state’s economy is in the process of reopening, but in industries that are still struggling, recruiting is not necessarily top of mind, said Bhushan Sethi, a joint global leader of PwC’s global people & organization practice.

Some sectors have redeployed people internally instead of hiring new workers, he said.

Companies that are hiring have started offering benefits aimed squarely at a remote workforce, such as providing ergonomic chairs for employees to use at home, or paying for upgraded technology and Wi-Fi. That’s a shift from the perks previously dangled in front of employees, like swanky office spaces or commuter tax deductions.

In a PwC survey of corporate financial leaders earlier this month, more than half of U.S. respondents said they want to make remote work permanent.

Google plans to give its employees $1,000 for office furniture and equipment needed to work from home, since the company expects most of its workers will be doing so at least until 2021. Tech behemoth Facebook said in May that it would allow many employees to work remotely after the pandemic, but they might not be able to keep their Silicon Valley salaries if they relocate to areas where it’s cheaper to live.

Unlike Facebook, most companies allowing perpetual remote work haven’t settled on whether employees’ locale will dictate their salaries.

Even if employers are more willing to consider hiring workers who aren’t expected to show up at the office, that is unlikely to mean people can expect to work from wherever they choose.

Victor Palumbo, who manages the accounting and finance division at executive recruiting firm Lucas Group in Chicago, said most employers he works with still want employees to be close enough to come to the office if there’s a meeting or crisis. He doesn’t see that changing unless unemployment drops to a level that forces companies to get creative to fight for talent.

“I don’t think they’ve gotten their minds around having someone in Pittsburgh for a job in Chicago,” he said.

Still, most of his clients are talking about letting employees work from home at least part of the time. Before the pandemic, that was primarily a perk for valued employees who had a life event that required more flexibility.

Other companies are less concerned about where their remote employees are, though even tech companies generally look for people within two time zones of an office hub, said Matthew Massucci, founder of Chicago-based recruitment firm Hirewell.

Being on roughly the same schedule makes it easier for workers in different places to collaborate, and means people are still a relatively short short flight away if in-person meetings are needed.

As Chicago-based e-commerce logistics company ShipBob hires more workers from outside of the area, it asks employees to operate on Central Standard Time, regardless of where they’re based, said Chief Marketing Officer Casey Armstrong, who is based in California.

ShipBob is evaluating whether it could operate with a smaller office, Armstrong said.

But if letting an existing employee start working from home is mostly a logistical issue, figuring out how to get a new hire trained and tuned in to the company culture is a bigger challenge, said Lucas Group’s Palumbo. It’s harder for workers to learn by shadowing colleagues when all are behind screens, and a Zoom happy hour isn’t the same as grabbing drinks with colleagues after work.

Some clients worry employees who never or rarely see coworkers in person will be less engaged and more likely to job-hop, he said.

Young workers or people looking to switch careers could have a particularly tough time, since employers may be more likely to stick to experienced candidates if they worry it will be hard to train someone they can’t see face-to-face, said Eliza Forsythe, an assistant professor at the University of Illinois who specializes in labor economics.

At least for now, employees working remotely may have an unusually easy time getting acclimated to a new job, said Andy Challenger, vice president at Chicago-based outplacement firm Challenger, Gray & Christmas. When the whole team is meeting on conference calls or Zoom, a new remote employee is on more even footing, he said.